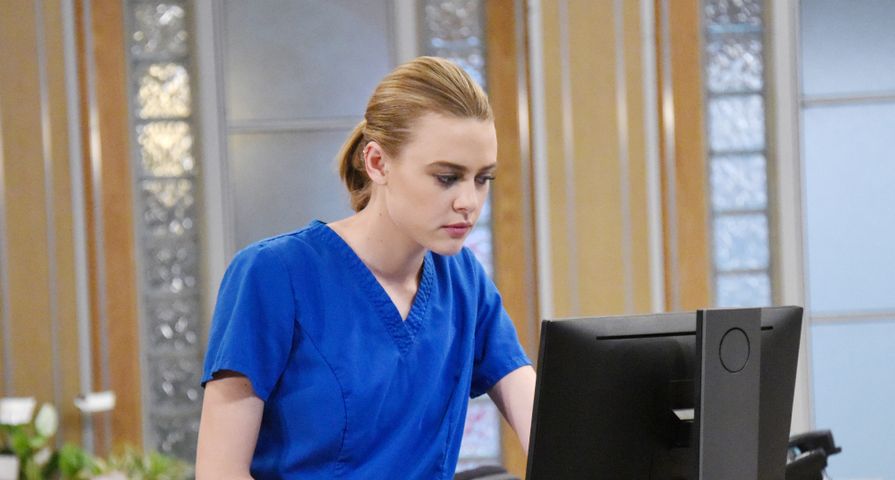 No one in the land of daytime drama ever really passes away! Even characters who were shot point-blank, stabbed, murdered and even appeared as ghosts have a chance to return to the land of the living. As 2021 winds to a close, Fame 10 takes a look at some soap opera characters who could “come back to life” in the new year.

12. Stefan DiMera (Days of Our Lives)

Did any other fans notice that Stefan DiMera did not return during DOOL’s recent Walking Dead-ish episode, in which the Devil “summoned” deceased baddies to taunt and torture Salemites. Nick Fallon, Charlie Dale and Deimos Kiriakis all came back. Interesting that DiMera was not included in that category, since he was a “bad guy” and it would have been very easy to add him to scenes. After all, actor Brandon Barash is a current cast member and plays Stefan’s twin, Jake. Could the other DiMera return in 2022? Maybe it was foreshadowing that Stefan hasn’t passed away?

11. Chance Chancellor (Young and the Restless)

Nobody has been found in that big explosion that occurred while Chance was on his big mission. Plus, Abby still has a “feeling” her husband is alive. Add in the fact that she and sperm donor Devon are getting closer and closer, and this is a recipe for the classic “hubby hasn’t passed after all” soap opera return. And now that Conner Floyd has been recast in the role, it seems certain that Chance will return — even sooner than 2022!

Much like most of the Cassadines, Alex Devane has nine lives. It’s also interesting that no matter how many times everyone thinks she has passed away, nobody contemplates the idea that she may still be alive. Instead of searching for Peter August, Anna should be hunting for her sister’s body to make sure she’s really a goner. Alex is a shoo-in for a return come May sweeps in 2022.

9. Skye Newman (Young and the Restless)

Between Sally, Sharon and Chelsea, the last thing Adam Newman needs is another woman popping into his life out of nowhere. But Skye Newman coming back in 2022 is both plausible and interesting — especially if Adam gets even closer to Sally in the new year, or he reunites with Chelsea. Sure, she fell down a volcano hole right before Sharon’s eyes in 2010, but Sharon was under duress. There’s always a possibility that the other Ms. Newman hit a snag somewhere and was able to climb back up to safety. At the time, Skye wanted to have everyone think she had passed anyway, so her “hiding” that she is alive makes sense.

8. Tiffany Rizczech (Days of Our Lives)

Many Days fans might have done a double-take on this one. Tiffany is Gwen’s mom, who was never introduced to fans but would be an interesting character to see come back to life. After all, a return like this one would create some friction between Jack and Jennifer, and flip Gwen’s life upside down. It would also be interesting for fans to learn more about Rizczech’s mom.

Kiki Jerome returning to Port Charles would be highly unexpected, especially since she was murdered by Ryan Chamberlain and her passing was so final. With that said, if GH was able to bring back Olivia Jerome, who was shot by Julian so many years ago, then they can surely weave a storyline to bring back Kiki in 2022. How would Ava react? Could it be a second chance with her daughter? More importantly, how would Michael react?

6. Drucilla Winters (Young and the Restless)

For the most part, Y&R doesn’t get overly outrageous when bringing people back to life. Unlike other soaps that have serums that awaken people, or storylines that brush details about the character’s passing under the rug, Genoa City doesn’t see a lot of returns that are hard for audiences to believe. Drucilla is a character who passed away, although her body was not found. Returning her to the canvas would be fairly easy. Besides, Lily could use her mom back in town.

5. Isabella Tuscano (Days of Our Lives)

John and Marlena are going to defeat the Devil because good always wins over evil in the land of Salem. Although Satan will try to end Marlena and John’s love once and for all, he’ll fail miserably, and be cast back to where he came from. Therefore, a new obstacle for the couple to face in 2022 would be if John’s other great love returned. He and Isabella had a lovely life together until she was struck by illness. The dynamics of her comeback would be intriguing.

Sonny is finally back in Port Charles, and nothing would make Carly happier than if Morgan could return to the land of the living just like her husband did. Too many years have gone by since the young Corinthos passed away in that bomb explosion. It would certainly be a captivating storyline to have him return in 2022… especially if he came back with amnesia!

3. Richard Nealon (Young and the Restless)

Amanda’s storyline around her bio family has been intense. The danger is sure to loom around Sinclair soon, as her grandfather gets nailed for his role in her father’s murder. However, could there be a plot twist in 2022 around all of this? What if Hilary and Amanda’s bio dad, Richard Nealon, really didn’t die after all?

Just this past August, Days fans were thrown into a tizzy when a rumor hit social media that actor Peter Reckell was coming back to the show as Bo Brady. That story ended up being false, which saddened many viewers. Bo’s passing in 2015 was upsetting, but also very “final”, as he died of a brain tumor. Where’s Dr. Rolfe’s life serum when you need it? DOOL has brought back many characters in the past using over-the-top storylines; why not do the same with Bo Brady in 2022? #MakeItHappen

GH just loves killing characters off with car explosions! Lily and Sonny didn’t have an extraordinary love affair like he’s shared with Carly, Brenda, Kate and (some might add) Nina; however, he grieved the passing of Lily terribly, and she did hold a special place in his heart. Lily was heavily connected to the mob through her father. What if her dad kidnapped her before the car went boom? What if she ended up having their baby and has been raising it all this time? That would make for an interesting 2022 return!