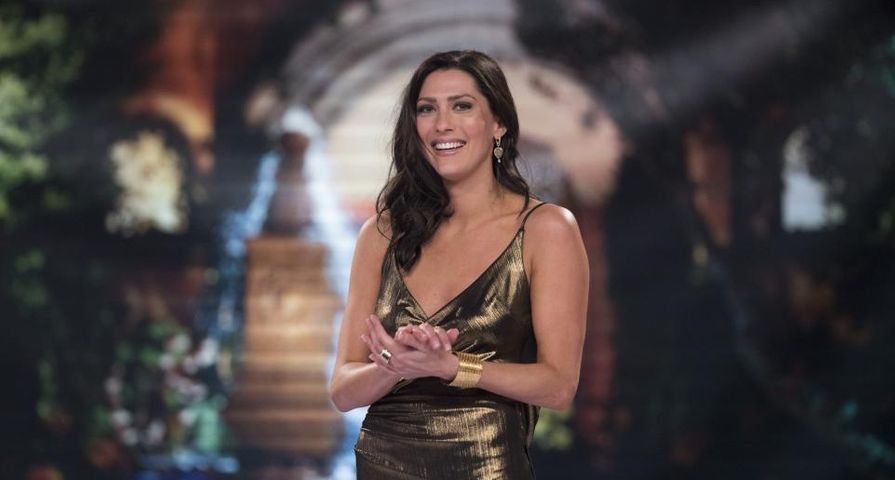 Season 22 of The Bachelor ended in one of the most shocking and dramatic finales yet after Arie Luyendyk Jr. retracted his proposal from winner Rebecca “Becca” Kufrin and went back to his runner-up Lauren Burnham. While many were angered by Luyendyk’s decision to end things with Kufrin on national television, he said he did so to give her a better chance at being the Bachelorette, and it worked! Season 14 of The Bachelorette will feature Becca K. trying her luck at finding love on reality TV again, even after how much she got hurt. Ahead of her big debut as the Bachelorette on May 28th, here are 12 things to know about Becca Kufrin:

There is no doubt that Becca is gorgeous, but there is a lot more to her than that. She graduated from Minnesota State University in 2012 with a 3.795 GPA and a Bachelor of Science in Mass Communications. Upon graduating, she accepted a position at a public relations and marketing communications agency called Skyya based in both Minneapolis and New York. In 2014, she got a promotion to Senior Account Executive where she deals with events, campaigns, branding and product placement for her clients. 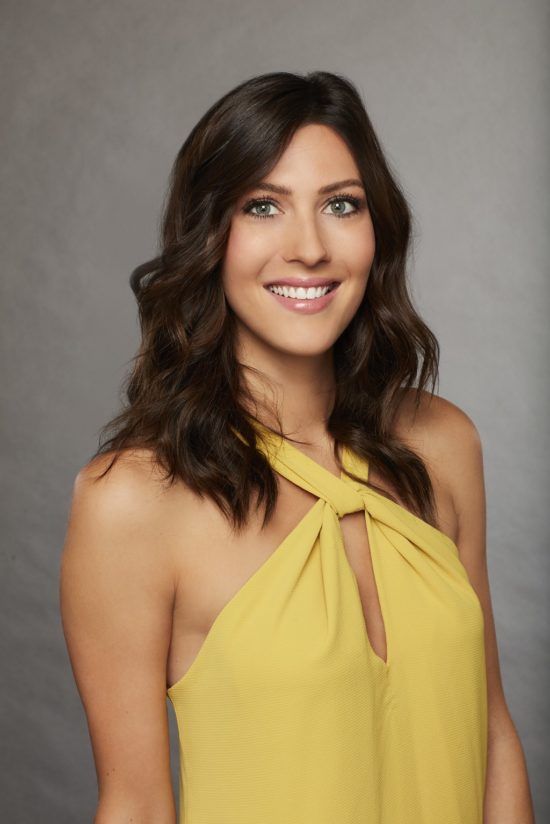 11. Her Faith Is Important To Her

Although Becca did not make her faith a major part of her storyline during her time on The Bachelor, it is something that is very important to her. Out of her three tattoos, at least two are related to her faith as she has a cross tattoo on her hand and the words “Psalm 61:2” tattooed on her wrist. During her hometown date on The Bachelor with Arie, Becca’s Uncle Gary, who is a pastor, was a big part of the family portion and he asked Arie what he would do if Becca wanted to go to church, and Arie reassured Gary that he would go to church with her and that she had discussed her beliefs with him.

The 27-year-old may have had her heart broken on national television but anyone who watched the finale and the After the Final Rose special of The Bachelor know that Kufrin handled the situation with dignity and class. While many would think she would be a bit jaded when it came to finding love on reality TV, Kufrin said she is ready to put her whole heart back out there. “The breakup, it was a while ago. And so I’ve moved on from that,” she admitted. “My heart is in the right place. I know what I want. I’m ready for it. And so, I mean, even just meeting the guys tonight just gives me so much hope for what’s to come. And so I’m ready, I’m excited. I know all of the love I have to give.” 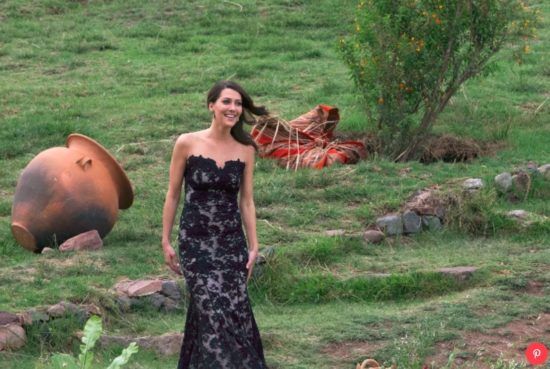 Becca gets a lot of her strength and dignity from her family, who has been through a lot over the years. In September of 2009, Becca lost her father to brain cancer when he was just 66 years old, after initially being diagnosed in 2004. Steve Kufrin worked for the U.S. Fish and Wildlife Service and was affectionately referred to as “Buckshot” or “Koof” by friends, and now Becca uses “Koof” in her Twitter and Instagram handles. Unfortunately, cancer struck the Kufrin family again when Becca’s mother, Jill, was diagnosed with breast cancer. Luckily, after two major surgeries in 2015, Jill Kufrin is now in remission.

8. Her Family Supports Her Being The Bachelorette

Those who are fans of Bachelor nation, and those who are not, often wonder how the family’s of the women participating feel as The Bachelor in particular seems rather degrading. Kufrin revealed that after her breakup with Arie she sent a group text to her family who then had some “choice words” about him, and she then told them she had been selected as the lead for The Bachelorette, which they actually supported more. “They’re so supportive, they’re so excited and they’re so ready for me to do this on my terms. They trust me, you know they are more on board, I think, this time than they were on Arie’s season,” she explained. She added, “I think they trust my judgement and I think them knowing that it’s me calling the shots and having a say in things, it will be much easier for them to swallow.”

Becca has proved herself to be one of the most successful and well-rounded women to appear on The Bachelor, and along with her career, she has made sure to be socially and politically active. She has volunteered and interned for the Cystic Fibrosis Foundation in Minnesota and participated in the 2017’s Women’s March. Her Instagram features quite a bit of her political views, and she isn’t afraid to speak up about what she believes in.

One of Becca Kufrin’s best qualities is that she is extremely likable, and while she has made some lasting friendships over the course of The Bachelor, one quick glance at her Instagram reveals that she is definitely a “guys’ girl.” Kufrin has endless posts in honor of her numerous guy friends which makes many question why she has to take on reality TV to find love, but it seems she doesn’t want to cross the friend zone, and then of course one of her cutest and closest guy friends is gay so there isn’t hope for a romance there.

Becca’s love for wine is a running joke through her social media, and after her breakup from Arie, fans sent her over $6,000 to put towards wine to help her get over the heartbreak (she donated the money to cancer research), but she did get in trouble for drinking before. Back in 2009, shortly before she turned 19, Becca was reportedly served a summons for underage drinking. Despite the minor incident, her love for wine prevailed and on Valentine’s Day 2017 she posted a hilarious Happy Valentine’s Day post to wine.

4. Her Ex Still Loves Her

In case you missed her on Arie’s season of The Bachelor, Becca had some serious drama after the Fantasy Suite dates when her ex, Ross Jirgl, crashed the episode to declare his love for Becca, and even propose. While she made it clear things were over between them, many called for Ross to be name the next Bachelor, while others pointed out how manipulative and threatening he was being. Regardless, Kufrin confirmed in an interview after she was named the Bachelorette that all contact had been ended between herself and Ross and there was no chance they were going to get back together.

3. She Has Met Some of Her Suitors

During ABC’s After the Final Rose episode, Becca came face-to-face with Arie for the first time since their split, Arie proposed to Lauren Burnham, and Becca was named the next star of The Bachelorette! The network then helped her ease in to the role by introducing her to five of the men vying for her attention. She met Lincoln, a British cutie, Chase who told her, “You deserve better than that and I hope to be that,” Ryan who came out playing a song on the banjo, Darius who seemed a little too over confident, and then there was Blake who walked out leading a horse and charmingly said, “As the saying goes, when you fall off the horse, you get to get back up again.” 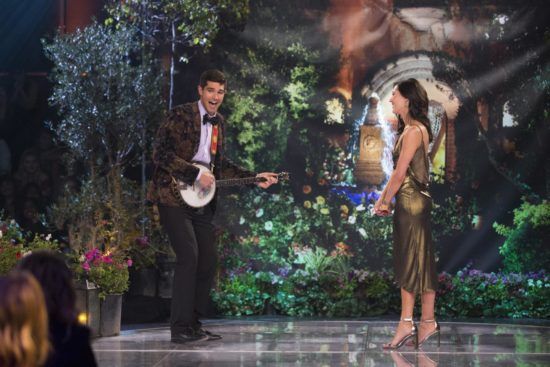 There is a lot that can be learned about Becca from her social media, and along with her great friendships and her love of wine, the one thing that dominates her Instagram feed are her pets. She has a cat and spends a lot of time with her sister’s corgi named Max who is so popular he even has his own Instagram page. When she entered The Bachelor, Becca was asked what the top three things on her bucket list were and one of them was, “to own a house and dog with my partner.”

1. What She Is Looking For

While Becca certainly fell for Arie, many out there know she can do much better than the 37-year-old race car driver, so what kind of man is she looking for? Becca said some of the most important qualities to her are, “Just somebody who is loyal, who can make me laugh, honesty, all the good things.” She also added that she likes tall men because at 5’7″ she wants to able to wear high heels and not be taller than them. 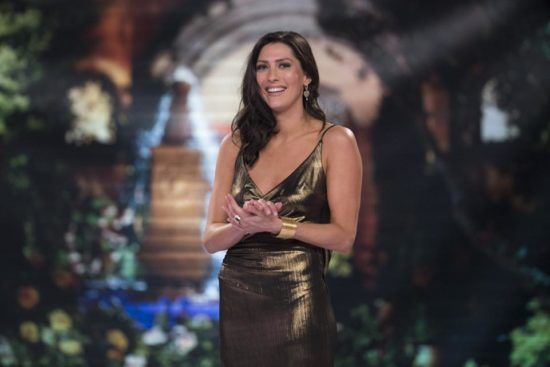 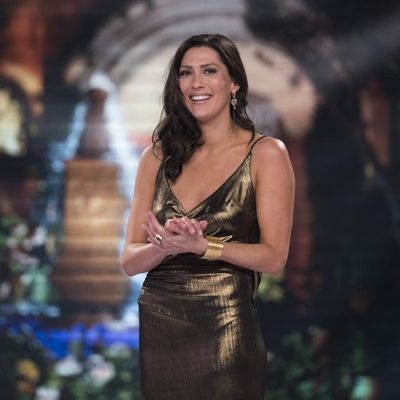