Home » Entertainment » Celebrities » Bachelorette: Things You Might Not Know About Ashley Hebert And J.P. Rosenbaum’s Relationship

Bachelorette: Things You Might Not Know About Ashley Hebert And J.P. Rosenbaum’s Relationship 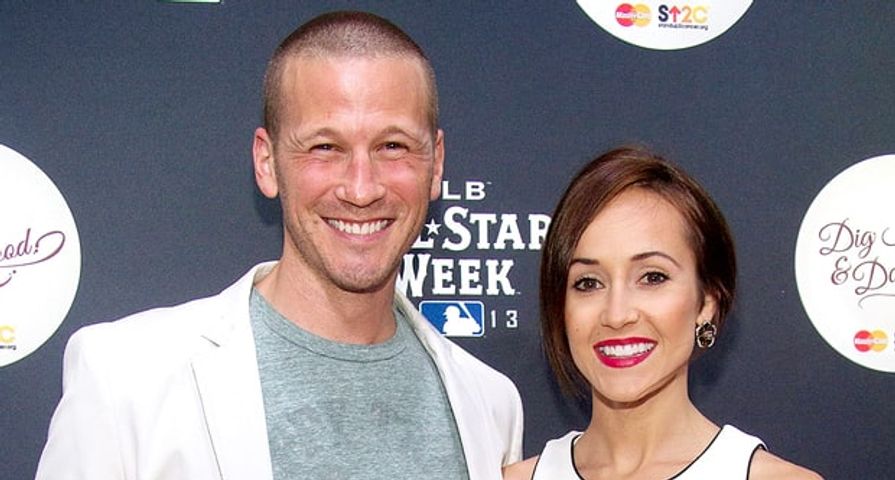 J.P. and Ashley met on season 7 of The Bachelorette back in 2011. J.P. was one of the lucky contestants vying for Ashley’s final rose, and he won! The two got engaged in the season finale and were married in a televised ceremony in December 2012. They are now living together in Miami with their two children, Fordham and Essex. Long lasting Bachelor couples are few and far between, but Ashley and J.P. are one among the short list of couples who managed to find real love on the show and make it work! Check out these 11 things you probably didn’t know about their relationship!

11. JP was Confident He Would Win

There’s no denying the way Ashley and J.P. met was unconventional and the odds were against them. Despite all of this, J.P. admitted afterward that he was always confident he would win in the end because he knew what they had was special. “I was confident – and I don’t want to sound cocky here – after our Hong Kong date that I’d be the last guy standing. I knew what we had was special, and that there was really no way she could have that with anybody else. I think I even said in the finale she may love both of us but she can only be in love with one of us. I’d felt that for weeks,” said J.P.

There aren’t many Bachelor couples who’ve left the show engaged and actually followed through with a marriage, but for those who did, many of them chose to have a televised wedding ceremony. Despite not being interested in being in the limelight after The Bachelorette wrapped up, J.P. said they decided to share their special day with everyone because it was such a unique experience. “I think that there are very few people in this world that get to have the, you know, a fantasy wedding, the wedding of their dreams. And at the end of the day, to, to pass that up, I think in 20 years from now, if we didn’t do it, I think we would look back and say, you know what? We should have done it,” said J.P.

9. Homebody vs. Going Out

While there are lots they share in common, Ashley and J.P. have different ideas of the perfect night. Ashley loves to stay in and J.P. enjoys a night out on the town. “I am such a homebody. There is nothing I love more than a night in cuddled up on the couch. J.P. always wants to make plans months in advance for dinners and outings, but I usually stay in!” said Ashley to Huffington Post back in 2012. We’re pretty sure this has changed now that they have two little ones at home — social dates are probably few and far between.

8. No Interest in Show Business

Many Bachelor contestants and couples play the fame game on the show and continue the momentum with stints on other reality TV shows or through social media buzz, but J.P. and Ashley had no interest in that. “After the show was over, we went back to our lives and our careers,” said J.P. “Our careers are most important to us. Our family and careers. And we wanted to get back to normal life. Hollywood was never even on the radar for us. We were never going to pursue anything beyond the Bachelor reality world.” The two stayed true to their word until 2016 when they signed on for season 7 of Marriage Boot Camp, but since then they’ve gone back to their normal everyday lives. Ashley works as a pediatric dentist and J.P. is a real estate consultant.

The Bachelor couple welcomed their second child Essex Reese Rosenbaum on Friday, Nov. 4, 2016. They are also parents to a son, Fordham Rhys, 2, born in September 2014. Their children’s names are pretty unique and in an interview with ABC, J.P. and Ashley revealed they came up with their son’s name just from driving around and looking at signs. “We were driving through Manhattan, looking at signs and taking words and trying to turn them into a name — and then we passed by Fordham University. [I thought], ‘That’s a strong name. We can call him Fordy when he’s a baby and that’s a sweet name!’ It took me nine months to convince JP,” said Ashley.

A post shared by Ashley Hebert Rosenbaum (@ashleylynnrosenbaum) on Mar 3, 2019 at 2:47pm PST

6. Why Their Relationship Works

J.P. and Ashley are one of the few couples to emerge from Bachelor Nation and actually stay together! Five years later and two kids they are still going strong, so naturally many wonder what their secret is! “I think it’s that we went on the show, we had our own careers already and we weren’t looking for anything else,” said Ashley in an interview with E! News. “We were actually considering the possibility of a relationship. We weren’t looking to become famous. I think our priorities were similar. I think we both thought maybe we could meet someone and then we wanted to go back to our real lives. We weren’t looking for anything more than that.”

Sharing a good sense of humor is important and luckily in their relationship, Ashley brings that to the table, even in the middle of an argument! “Nearly all of our disagreements end the exact same way in less than 30 minutes, with Ashley doing something silly or making fun of me [J.P.] I laugh and the argument is over. Ashley usually will make a funny face, or do a funny dance, or even just take my side of the argument and make fun of it. I try to hold back from laughing because I think I’m upset, but I’m never able to,” said J.P.

No relationship is perfect, not even the fairy tale love story of J.P. and Ashley. Many people were shocked to see these two return to the world of reality TV and questioned if their marriage was in trouble, but Ashley and J.P. said it was a preventative measure. “We have small issues like every other couple has. It was an opportunity for us to spend two weeks on just us and we’re never going to get that ever again. We had been with our son for two years and everything had been about him for the past two years and we wanted to get back a little bit of what we had before our kids,” said J.P to E! News when asked about Marriage Boot Camp.

Get ready for a stream of #parentsnightout photos!! #yayyyyyyy

Sometimes it’s hard to maintain balance in a relationship when it comes to sharing duties around the house and with the kids. With Ashley and J.P., they’ve got a good balance where Ashley does the cleaning and J.P. does the cooking because Ashley admits she’s not much of a chef! “I am a terrible cook. The first time I made a dish for J.P. he told me ‘it was a good first effort.’ Since then we’ve decided that J.P. does all the cooking, while I do all the cleaning. I love cleaning!” said Ashley. J.P. then chimed in with, “Ashley has cooked two meals in two and a half years, although she has an obsession with collecting the fancy Mauviel line of cookware.”

Like most couples, Ashley and J.P. have nicknames for each other, and it’s safe to assume they’re pretty embarrassing! In an interview with the Huffington Post, she said: “I promised J.P. I would not call him these nicknames in public, so I’m trying to keep this promise. But behind closed doors, it’s fair game!” Alongside that, these two admit they also have their own little language. “Whatever the word of the day/week is, we somehow combine it with either one of these two words: ‘snufflepogus’ for an adjective or ‘fluffernutter’ for a noun. Most recently, we turned ‘wife’ and ‘husband’ into ‘wifernutter’ and ‘hubbernutter,'” said Ashley.

A rare night out with my lover.

Upon first glance, we’d assume Ashley takes up most of the closet space in their home, but Ashley admits that she and J.P. actually share their closet equally! “J.P. is the true definition of a New York fashionista! He has a pretty amazing wardrobe consisting of the most amazing suits, shoes, cuff links, etc. We share an equal amount of closet space, but I’m pretty sure he has more shoes than I do,” said Ashley. 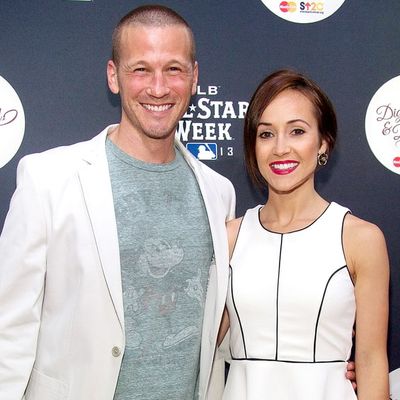