Home » Entertainment » TV » 9 Popular Bachelorette Leads: Where Are They Now? 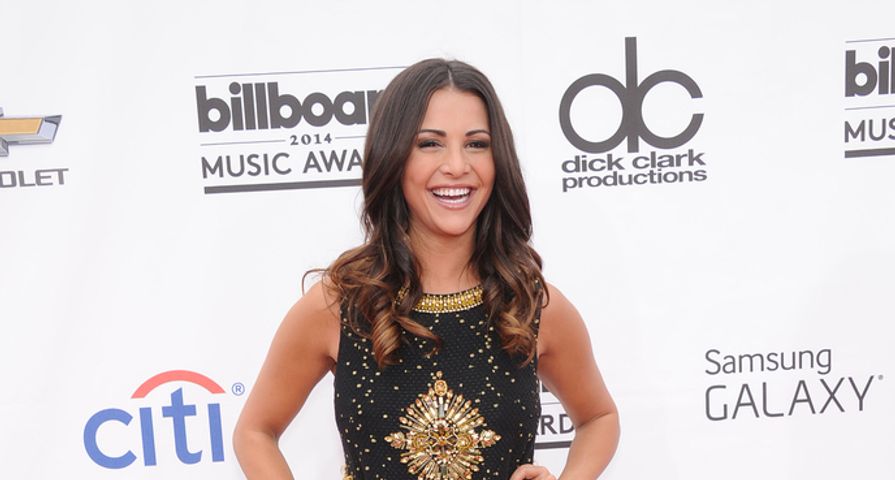 We get so suckered in by our beloved show The Bachelorette and we try not to shed too many tears when the seasons come to an end. However, we can’t help but wonder about our favorite Bachelorette leads and what happens to them when the fame fades away and the cameras stop rolling. This list takes a look at some of the most popular contestants and just what they’ve been up to since their time on the series!

Trista Rehn got her start as a Miami Heat cheerleader and served as one of the most beloved bachelorettes of all time after being rejected by Alex Michel on season 1 of The Bachelor! We were thrilled when she found her prince charming in suitor Ryan Sutter, and even more stoked when the happy couple included us in their nuptials on the three-part special Trista and Ryan’s Wedding. The newly wed continued her path down reality television lane and competed on Dancing with the Stars and Marriage Boot Camp: Reality Stars. She’s also become the proud momma of 2 children, Maxwell and Blakesley, and even published a book titled Happily Ever After: The Life-changing Power of a Grateful Heart. Not only do we continue to adore, she’s also raked in some of the highest earnings of any Bachelor franchise contestant!

Meredith Phillips was our bachelorette on season 2 of the series after being the runner up on Bob Guiney’s season of The Bachelor. America fell for her down to earth nature and enjoyed watching her fall for prince charming, but she seemingly broke Ian McGee. The couple broke up a year after the show’s premiere, but that didn’t stop Meredith from finding happiness. After coming forward with her battle with alcoholism, this leading lady concurred all including the culinary world when she made her passion a career and became a professional chef! Meredith has published an endearingly titled cookbook, The Date Night Cookbook. She’s also co-president of ProChef, Inc.

DeAnna’s relationship didn’t last long when she selected pro-boarder Jesse Csincsak, but she still got her happily ever after! Pappas wound up marrying Stephen Stagliano, brother of Michael Stagliano who competed on season 5 of The Bachelorette! The couple have two children together, daughter Addison Marie and son Austin Michael. Back in 2009, DeAnna served as a co-host on Lifetime Tv’s Get Married, and she also appeared in an episode of Oxygen’s Bachelorette Party that followed her family friends as they celebrated DeAnna’s bachelorette party in Las Vegas.

Jillian was the beloved Canuck who mistakenly selected Ed Swiderski as her fiancée at the end of season 5 of The Bachelorette, but we all love her so much we can forgive her for that mistake. Harris appeared as an interior designer on Extreme Makeover: Home Edition, before landing the gig on HGTV’s Love It or List It Too, which airs in Canada as Love It or List It Vancouver. Jillian also manages her own website where she showcases her interior design work. In March 2016, she announced that she and her boyfriend Justin Pasutto, are expecting their first child!

Ali had the misfortune on being cast on The Bachelor: The Wings of Love series, and she did not find love with snore-fest, Jake Pavelka. He chose Vienna. Enough said. Luckily she landed a second chance with The Bachelorette where she became engaged to the hunky Roberto Martinez. The couple split but we hadn’t seen the last of Ali. She was picked up to host NBC’s 1st Look before moving to E! News as a correspondent. She also served as E! Online’s Bachelor blogger. These days she and her radio host fiancée, Kevin Manno, and happily expecting the arrival of their first child!

Emily Maynard was the pretty-in-pink starlet of season 8 of The Bachelorette, but she didn’t have to rush back to her career after the show wrapped. Emily was once engaged to race car driver Ricki Hendrick, who tragically died in a plane crash…leaving her filthy rich. Emily became engaged to entrepreneur Jef Holm at the end of her season, but the couple’s romance didn’t last long. Emily’s search came to an end though in 2014 when she wed automotive management consultant Tyler Johnson. The happy newly weds didn’t wait long to continue growing their family. In 2015, they welcomed son Jennings Tyler Johnson.

Desiree Hartsock was one of the most relatable bachelorettes who had her heart broken by Brooks Forester before accepting a proposal from Chris Siegfried. The couple have lived happily since their time on the show and wed in an intimate 2015 ceremony in Rachos Palos Verdes, in Southern California. Desiree has been busy working on her wedding blog and even wrote a book, My Fairytale Wedding: Planning Your Dream Wedding without Breaking the Bank. The Seattle-based couple are currently awaiting the arrival of their first child who will join them and their dachshund puppy, Frankie.

Andi went down in Bachelor history when she reamed out Juan Pablo on his season of The Bachelor and that endeared her so much to us that we were quick to enlist her as our next bachelorette. The District Attorney selected the hunk baseball player, Josh Murray, but only 5 months after the couple revealed their engagement, they split. Fortunately for Andi, not so fortunately for Josh, Andi was able to cash in on this breakup and publish a tell all book, It’s Not Okay: Turning Heartbreak into Happily Ever After.

Kaitlyn Bristowe was one of the most controversial contestants on The Bachelorette EVER! But most people erred on the side of love and we were thrilled when she got her proposal to muscly man Shawn Booth. Since her time on the show, Kaitlyn has been an active blogger on her own site kaitlynbristowe.com, where she dishes on her life and shares fitness, fashion, music, and jokes. The couple has also taken to posting the most adorable Instagram pics that make us all happy and simultaneously jealous!