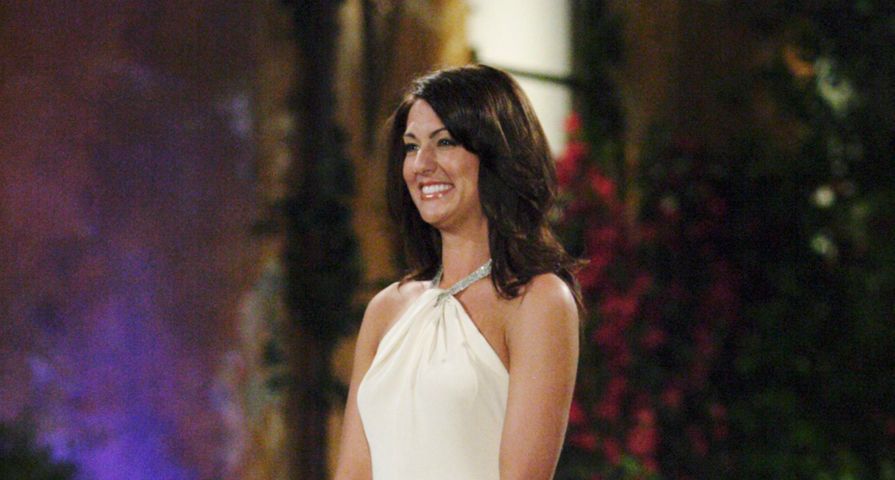 While identifying what makes someone likable may be a bit subjective, Bachelor Nation is quite vocal in announcing its love and hatred alike for those contestants trying to find their slice of romantic happiness. The fans have spoken and this list takes a look at the leading lady bachelorettes and has ranked them from worst to absolute best!

Meredith Phillips was downright unmemorable as The Bachelorette’s leading lady! She completely misled contestant Matthew Hickl into believing he was going to receive the final rose when he should have. Instead, however, she dropped jaws as she selected vagrant Ian McKee to be her fiancée! It was clear that their romance would dwindle quickly, and the fiasco made many Bachelor fans question the legitimacy of the show’s process. How could she? Meredith did earn herself some fans though when she spoke out against the amount of alcohol that is pushed on the contestants while participating in the franchise. Phillips has had her own battle with alcoholism and was able to bring the personal touch needed to address the issue.

Not only was Jenn Schefft’s season of The Bachelorette completely uneventful, so was the finale! Jen became the first contestant ever to not become engaged to someone, anyone, at the end of the process. While we can give her props for dodging a bullet, we can’t get over the way we were made to feel we wasted our time! Where’s the love?

Ali was a cutie until America realized how whiny she was on season 6 of The Bachelorette. Sure she had to put up with dudes like Justin “R-Rated” Rego, but she was moody and didn’t seem nearly as lovable as when she had competed on Jake Pavelka’s season of The Bachelor. She selected the hunky baseball player Roberto Martinez, but the romance was shorted-lived. In spite of her failed experience with the franchise, Ali continues to pop up as a guest on the show, while the rest of us are just crying for her to go away! To make matters worse, she scored herself a television gig that has made her one of the most successful bachelorettes ever! Why?!

After how Arie Luyendyk Jr. dumped Becca Kufrin for runner-up Lauren Burnham on season 22 of The Bachelor, everyone was rooting for her as season 14’s Bachelorette. Becca was a very likable Bachelorette but many are disappointed in her winner, Garrett Yrigoyen. It was revealed that he liked a series of Instagram posts that mocked undocumented immigrants, transgender people and liberal feminists and while he has since apologized, fans definitely question Becca’s choice in men.

Season 15 of The Bachelorette featured Hannah Brown as the lead, but the choice confused fans. Before being picked, Brown wasn’t even in Colton Underwood’s top five on The Bachelor, but many were willing to give the Alabama native the benefit of the doubt. Unfortunately the charm of Brown’s awkwardness wore off quickly with fans and the drama that ensued on her season seemed to be a bit too much. After agreeing to marry Jed Wyatt, Brown found out that Wyatt actually had a girlfriend back home and was not as genuine as he seemed. Fans grew to further dislike Brown when she went on to star and win on Dancing With the Stars and then also threw a bit of a wrench into Peter Weber’s season of The Bachelor when she made an appearance and the two talked about their remaining feelings for each other.

DeAnna Papas had a certain down-home quality that endeared her to fans easily. The Southern Belle had just the right amount of attitude and gusto to make the season interesting to watch. Pappas did however often struggle to complete sentences with proper grammar and this was quite frustrating for producers who actually had to tell her how to articulate her ideas suitably! While not the sharpest tool in the shed, Pappas went onto marry Stephen Stagliano, the brother of former Bachelorette contestant Michael Stagliano. The Bachelor family can be a little incestuous sometimes, but at least the franchise finally brought love to this bachelorette!

JoJo garnered a lot of fans when she finally came out of her shell and let her walls down on Ben Higgin’s season of The Bachelor. The stunning beauty had just enough skepticism of the process and reluctance to give her heart easily that fans completely related to her. Ben’s admission of love to both of the final two women and then the ultimate rejection of JoJo was devastating to watch and fans shook their heads with disapproval of what Ben had done. JoJo was such an obvious choice to be the bachelorette though that the show didn’t waste any time and she jumped right back into it! While fans had high hopes for her season, it ended up being a tad boring. It was so obvious from the first episode that Jordan Rodgers was the only real contender for her heart and not even his ex revealing that he was a cheater could change JoJo’s mind. Surprisingly, the two are still going strong!

Rachel Lindsay made history as ABC’s first black Bachelorette and, while she was easily one of the most interesting leads in Bachelor history, her season ended up being kind of boring. The most excitement came when DeMario’s secret girlfriend made an appearance on the show and viewers were left disappointed when she chose chiropractor Bryan Abasolo over Peter Kraus. Peter was the obvious choice, but he wasn’t ready to propose, which is why she went with Bryan instead. Even though she and Bryan are still going strong, fans still think she made a big mistake.

Ashley Hebert’s season was a bit of a bore minus the infamously cruel contestant Bentley Williams, who called Ashley everything from an ugly duckling to saying he’d rather swim in pee than plan a wedding with her. She wound up choosing JP Rosenbaum, which was the right choice for her, but letting runner-up contestant, Ben Flajnik propose before rejecting him, made the show absolutely painful to watch! Ashley and JP are still happily married and have a son, Fordham Rhys and a daughter Essex Reese.

Emily Maynard was American’s Sweetheart, but being nice and proper does not make for good television. While we were all rooting for her, we couldn’t help but feel that her season was lackluster and uneventful. The most exciting thing to happen was when Kalon McMahon referred to Emily’s daughter Ricki as “baggage” and we got to see the momma-protectress’ claws come out! Emily’s selection of Jef Holm also confused fans. He was cute and all, but he looked like a guy that needs you to do his laundry for him. It didn’t take long before rumors of infidelity flew for these two and put an end to their squeaky-clean images.

It was tough not to fall for Des as she went through the ups and downs of Bachelorette-dom. When front-running contestant Brooks Forester actually dumped her and didn’t stick around for the rose ceremony, our hearts went out to her. No one ever expects the man vying for the bachelorette’s love to do the dumping! Desiree ended up becoming engaged to Chris Siegfried and the couple are still together today! Finally, a Bachelorette success story!

Okay, so Kaitlyn had fans absolutely divided! Some fans loved her wacky personality and others felt she was a little too liberal in the bedroom with Nick to be respectable. I’m going to leave all moral criticisms aside and simply say that she has horrible taste in men! Nick was sleazy and neurotic, and Shawn Booth was totally insecure and a drag. There was no love lost between the men as they were forced to vie for Kaitlyn’s affections against each other and the animosity that ensued was sheer ego drama. Neither man seemed mature enough for marriage, but Kaitlyn made her choice and gave Shawn the final rose.

Andi Dorfman’s career-woman success and refusal to let Juan Pablo walk all over her definitely earned her some street cred with fans of The Bachelorette. We were all rooting for her big-time when she was announced as the next bachelorette, and we braced ourselves for a season of no BS! Andi ended up becoming engaged to the hunky Josh Murray, and even though they’re no longer together, we’re still hoping she’ll find her prince charming…even if it’s with our beloved host Chris Harrison. #halfkidding

Jillian Harris was absolutely adorable on her season of The Bachelorette. And while she made fans head’s spin when she let Ed Swiderski return after he skipped out on her for work, the endearing Canuck was much beloved! We cringed when she selected Ed in the end and knew that the relationship was doomed, but we were rooting for her nonetheless! Many fans call her Kaitlyn 1.0. There must be a certain Canadian je ne sais quoi.

As the first ever bachelorette, Trista Rehn made America’s hearts melt as she fell in love with hubby-to-be Ryan Sutter. The two experienced a whirlwind romance, but Trista was swept off her feet and the love was lasting! The couple got married in 2003 in a televised event and have been together ever since. They now have two children, Max and Blakesley. They are truly a Bachelorette success story and that earns Trista the number 1 spot on our list! 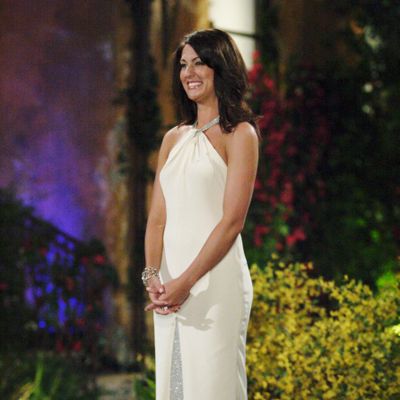