Home » Entertainment » TV » The Bachelorette 2019, Hannah Brown: Everything You Need To Know 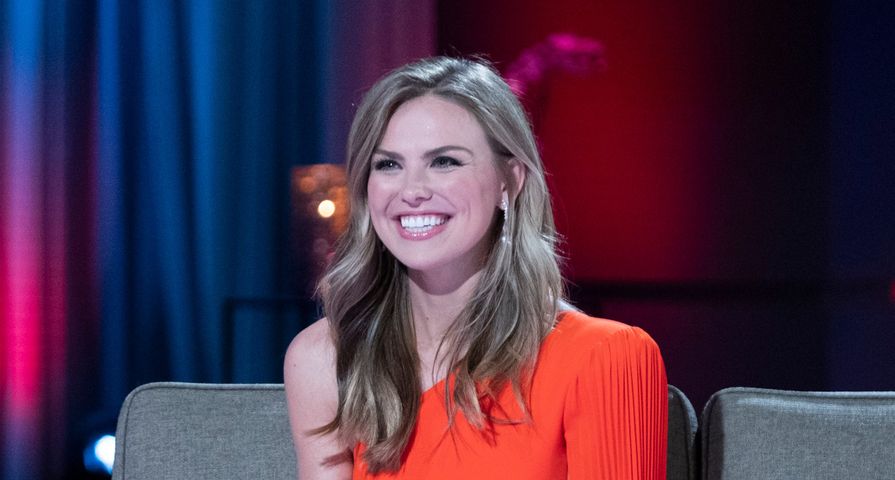 As each new season of The Bachelor comes to an end, Bachelor Nation fans tend to place bets on which scorned contestant will turn heartbreak into a new adventure as The Bachelorette. While ABC admitted that it was a “five-way tie” for which one of Colton Underwood’s contestants would be the season 15 Bachelorette, they ultimately decided on Hannah Brown. Many were surprised by the pick, but Brown is excited for her chance at finding true love! Here is everything to know about the 2019 Bachelorette:

While a lot of money was on Caelynn Miller-Keyes or Hannah Godwin to be the next Bachelorette after Colton dropped everything and everyone to pursue his winner Cassie Randolph, it was Hannah Brown who was picked. With six more girls making it further to win Colton’s heart, Brown only made it just over halfway through the show which made her somewhat of a surprising pick. ABC executive Rob Mills revealed it came down to everyone in the final four: Cassie, Caelynn, Tayshia, and Hannah G. but also Demi Burnett who placed tenth and of course, Hannah Brown. “Obviously we talked to everyone in the final four. We also talked to Demi, as well. This season, especially, they were all such distinct personalities that they all really cut through. It was great to see such strong women this season,” Mills said.

10. She Has Already Met 5 Contestants

In recent years, Bachelor and Bachelorette leads have gotten a “sneak peek” by meeting some of their contestants early, and ABC wasted no time in having Hannah hand out her first rose. After being named the Bachelorette on the After the Final Rose episode of The Bachelor’s 23rd season, Hannah met five of her contestants. First, she met Luke, who only wanted it to be her, and then we met Dustin, who gave a toast, even though he claims he’s bad at toasts. Cam treated Hannah to a rap that was only a little embarrassing, and Connor brought out a little step stool to put them on the same level. Finally, she met Luke S., who had a pretty solid dirty joke to make about going down south, and by the end she had no problem handing out her first rose to Cam. Then, in an unprecedented move, ABC went ahead and released the images and brief bios for the rest of the 28 men competing for her love, meaning she is starting out from a huge pool of 33 men.

Fans of The Bachelor knew that Hannah Brown was a pageant contestant because of her mini-feud with Caelynn Miller-Keyes and it turns out pageants have been a pretty big part of her life. She has been competing in pageants since she was 15 and in November 2017, she was crowned Miss Alabama, USA. She went on to compete for Miss USA but didn’t make it far enough to get to the televised rounds. Caelynn Miller-Keyes, who also vied for Underwood’s heart on The Bachelor, was first runner-up in the Miss USA pageant.

When Hannah competed on Colton’s season of The Bachelor her official bio job title was listed as Miss Alabama 2018, but she has a lot more on her resume. During her time in University she worked as a consultant to the university through her Alpha Chi Omega sorority and helped clients with public speaking. She also worked as a freelance makeup artist and hairstylist in her hometown of Northport, Alabama. After she graduated however she moved into being an interior decorator at Gracefully Done.  “It quickly became clear that this job was not just a hobby, and after graduation I decided to continue my work study under the designers at Gracefully Done,” she says on her LinkedIn profile. “My favorite part of designing and decorating is forming relationships with my clients and being able to meet specific needs for creating their dream space.” Then, of course, she does modeling on the side and was recently featured showing off some gorgeous wedding gowns for Alabama Weddings Magazine.

6. Why ABC Picked Her

ABC executive Rob Mills opened up about how they came to the decision to cast Hannah as the next Bachelorette out of the other four contenders, saying it was her “energy.” “She just was somebody who came in and was really kind of great and had a very different energy that we’ve seen from a Bachelorette,” he explained to Variety. “It sort of goes back to Colton where he wasn’t the guy who got his heart put in a blender necessarily — he was certainly sad about Becca, and even the Tia situation, but he was just a guy who was still looking for someone. With Hannah B., I think her exit with Colton was really refreshing where she basically said, ‘I don’t want you to keep me around because I want someone who thinks I’m great and thinks of me and only wants me.’ That was kind of interesting. I think she also obviously has a fun side, which she showed.” As Hannah as said herself she can be a bit of a “trainwreck” and calls herself Hannah Beast sometimes, which means she might be a little cutthroat. Mills added, “I think she’s going to be a take-no-sh-t Bachelorette, to be honest, and that’s something you really look for because you want someone who if one of the guys comes on with a girlfriend, she is going to react, sort of the way that Emily Maynard [Season 8 of The Bachelorette] did when Kalon referred to her daughter as baggage. All of our best “Bachelorettes” have in common that they’re really strong like that. I think that’s what is going to be entertainment. I think she’s going to go out and get what she’s worth.”

It is safe to say that just a couple of years ago, Hannah Brown would have never imagined herself as the next Bachelorette. The reality star was in a serious relationship, and thought her life was planned out with the guy she was with. “I wanted to be a trophy wife, and I was fine with that. I thought I had my life written out—what it was going to be, what kind of woman I was going to be—and none of it happened. I dated this guy forever, and I thought we were going to get married. We looked at land where we lived, and he was going to take over his dad’s business and get his engineering degree. I was going to get my degree and ultimately have babies. And there is nothing wrong with that. I was going be the queen of Tuscaloosa, and it was OK,” she told Glamour about her life plans just a few short years ago. She added, “When we broke up, it was shattering for me because I loved him, and it’s what I thought I wanted.” Moving on from what you thought was your true love is hard, but it is even harder on national television, and Hannah’s past major relationship is sure to influence her season of The Bachelorette.

After her somewhat awkward split from Colton Underwood when he decided he didn’t want to meet her family because he wasn’t sure of their relationship, Hannah wasn’t expecting to be the next Bachelorette. “Chris Harrison FaceTimed me and told me I was the next Bachelorette,” she said of her reaction. “I think I screamed, cried and then freaked out. It was not expected. But I wanted it so bad!” She added that regardless of what happens she promises to give viewers an entertaining season. “I really believe in this process and I do think you can fall in love here and be in love and find your person, so if it could be me, that would be great,” she added. “I think it’d be damn entertaining. I can guarantee that.” She also noted, “I feel all the emotions, but honestly I’m just really grateful for this opportunity.”

After the surprise announcement that Hannah Brown was season 15’s Bachelorette, Bachelor Nation fans had various reactions. While some said they were “supportive” of the new Bachelorette, others were more skeptical. “ABC ratings will plummet on this hot mess Hannah B. Sell #DIS stock,” one user Tweeter in response to a Tweet from Reality Steve. “Hannah B should prob just stick to pageants, smile and look pretty… and don’t talk!  #TheBachelorette #TheBachelorFinale,” another said. Many others complained that she is so awkward that it will be hard to watch while others found it funny or endearing. “OK, I wasn’t sure if I could get on board with Hannah B, but her extreme social awkwardness is kind of endearing as hell. #TheBachelorFinale.”

One of the biggest concerns when it comes to Bachelor and Bachelorette leads and contestants is if they are in it for the right reasons. More than ever contestants have been called out for going on the show for fame, to become Instagram stars or even to become the next Bachelor or Bachelorette, but Hannah is adamant that she wants love. She also revealed that she is definitely ready for an engagement (which was a problem for Cassie Randolph). “This is something I really believe in,” she said of an engagement. “And at the end of the day, I want somebody who loves me and chooses me. I’m ready for my moment.”

Hannah has always been open about her struggles with anxiety and depression and revealed she had to step back from pageants because of her battle. “In that moment, it is so hard to see joy in life,” she told Yellowhammer News in May 2018. “I can remember times where I didn’t want to get up.” She now continues to speak out in an effort to end the stigma around mental illness and encourage others to seek help. “It took me a while to really figure out what my passion was and I think that was another reason why I struggled with anxiety and depression,” she told Miss USA. “Because if you don’t know what your purpose and your passion is sometimes you don’t know what life is for. Once I kind of got out of that rut, I realized that I’m so 100 percent okay with who Hannah is.” 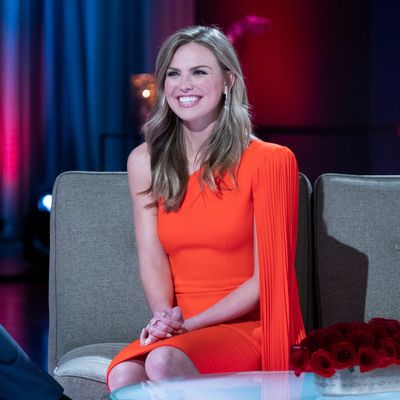