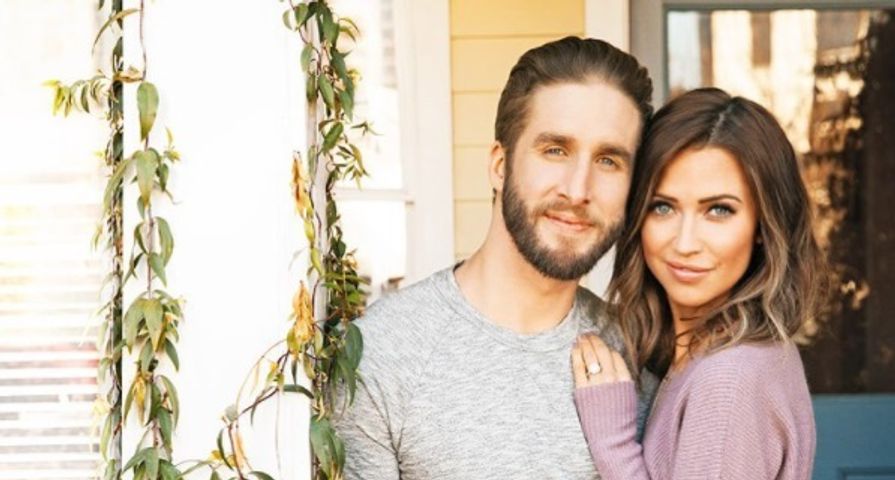 Canadian native Kaitlyn Bristowe met her fiance, Shawn Booth, back in 2015 during season 11 of The Bachelorette. Bristowe, 32, and her suitor Booth, 31, have become one of the favorite couples to emerge from the show and one of the most successful. While they’ve enjoyed a long two year engagement, they are still in no rush to tie the knot! These two love sharing their lives with fans on social media, but there’s still so much more to this couple than most people know about, so here are 10 things you didn’t know about Bristowe and Booth’s relationship:

Since appearing as the Bachelorette and accepting Shawn’s proposal, they settled down in Nashville, Tennessee. She’s focusing on music while he works as a fitness trainer and he founded the company, CityStRONG, with fellow celebrity trainer Erin Oprea. “We were so excited to be normal. For so long [while the show was airing], we were separated and told we couldn’t do this or do that. It was the most exciting thing in the world when we could go on our first date together!” she said.

Anyone that follows these two on social media know they are an extremely fit and healthy couple. They work together and having Shawn as a personal trainer surely helps Bristowe! “He’s so knowledgeable and good with this stuff, I actually like working out with him. He’s good about not always telling me what to do and how to do it,” she said to People. In a separate interview with E! News, Booth said they do a lot to motivate one another. “We definitely encourage each other. Our workouts are very different, but we try to work out with each other when we can. Being a personal trainer, she likes having me put her through workouts at our home.”

In an interview with People, Bristowe joked that she and Booth are both terrible at planning. “[Wedding plans] are going terrible…We are both the kind of people where we’re terrible at planning anything, whether it be like a trip to the grocery store! We’re just terrible at planning things together. We’re kind of just like, ‘When it happens, it happens.’ We’re so busy, we don’t have the time to sit down and plan a wedding, but if someone wants to plan it for us, we’re open! I’d get married tomorrow if someone just said, ‘Show up here at this time,'” she said. She also said she’s open to having a televised wedding!

During the premiere of the most recent season of The Bachelorette, Bristowe and Booth reminisced about the first time they met and both admitted watching it back gives them anxiety! On the first episode of her Off the Vine podcast, she said to Booth, “let’s be honest: it gives us full blown anxiety attacks. But it’s also where we came from and how we met, and I thought watching them would bring back memories and be like, ‘Ah’ but it made me like remember that’s how we met!” she joked. He then added: “I was also thinking, ‘Holy cow I can’t believe that’s what we did.”

Many Bachelor alums continue to watch the show long after their season, but Bristowe and Booth didn’t tune in to watch her former flame Nick Viall take the lead as ABC’s most recent Bachelor. “It’s nothing personal, it’s nothing because it’s awkward, it’s more just because, once you kind of hear the behind the scenes stuff I’m like, it’s not really the same to watch it anymore. Now I’m just friends with everybody in the Bachelor/Bachelorette world that I’m like, I know I’ll know what’s going on. I’ll see it on social media. I don’t have time to sit down for two hours and watch that kind of stuff go down. I know what’s happening, but it’s nothing personal that we’re not watching Nick’s season.”

Oddly enough, Bristowe admits she’s in more of a rush to start a family than she is to plan a wedding. “We are more excited to have babies than we are to like, sign a piece of paper. But at the same time, I can’t wait to marry him. Our house that we just got has five bedrooms, which is insane…my baby meter is out of control. But I mean, we just love our dog, and right now that’s enough for us, but I’m tell you, if I found out I was pregnant tomorrow, I would not be mad,” she said in an interview with ET.

4. Why They Work So Well Together

It’s no secret that couples who emerge from Bachelor Nation are more likely to breakup than make it down the aisle, but Kaitlyn and Shawn are proving to have dodged the reality TV curse. When asked what their secret was, Kaitlyn said it’s most likely because they didn’t jump into another reality TV show and instead focused on building a normal life together. “I think [Shawn and I are still together] because we didn’t jump into another show, we just went back to somewhat of a normal life. We spend every second of every day together. I’m like, ‘How?’ We must really love each other, because I wouldn’t be able to fake that…He is my best friend and he just happens to be extremely attractive, so it all just worked out,” she said.

In a joint interview with Kaitlyn and Shawn, they answered a few questions about themselves as a couple. Their first question was who’s neater. “I think I’m neater,” said Bristowe. “We’re both neat which is nice!” But Booth stuck to his guns and said he thinks he’s neater! The question of who’s better in the kitchen was a little easier to answer — Kaitlyn. “I’m definitely better in the kitchen, did you see him chopping earlier?” she joked. Booth agreed, “Definitely. I cook but my meals are very plain and simple.” Bristowe teased him that he puts everything in the microwave! When it comes to music, they both share a love for country music, but Bristowe also likes rap which Booth is not a fan of!

When hearing about Shawn’s latest birthday it sounds like it’s best these two take their time before tying the knot! Kaitlyn bought balloons for Shawn’s 31st birthday and proved she didn’t actually know how old he was turning when she bought balloons that read “32.” He teased her with an Instagram photo that read: “When my fiance woke me up this morning and said ‘Happy Birthday! Do you feel 32?!’ I thought she was joking.” Whoops!

During an appearance on Good Morning America, Bristowe admitted she and Booth made the decision to freeze her eggs to take some of the baby fever pressure off them. “I think a lot of women feel pressure to have kids, especially when you get engaged. And for me, I’m like, I don’t want that pressure on myself. This is kind of a backup plan for us and for us to feel comfortable. It’s kind of like insurance.” She’s working with fellow Bachelor alum Whitney Bischoff, who works as a fertility nurse. Bristowe said she couldn’t have done it without the support of her beau. “I think Shawn’s role in this was, I mean, it was crucial for me. I don’t know what I would have done without you,” she said. 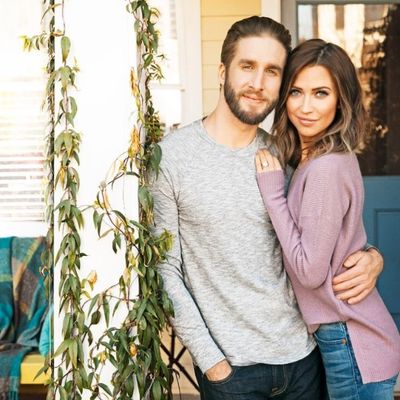