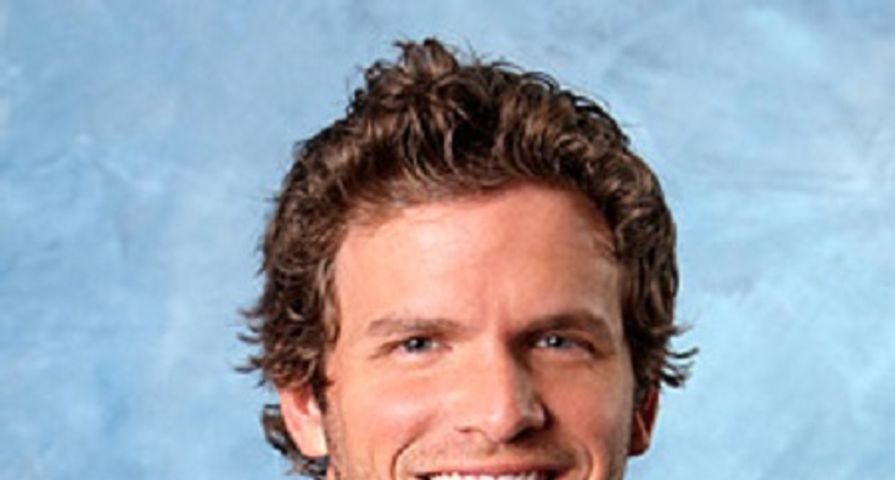 Admit it, we all love to hate when it comes to reality TV, and The Bachelorette wouldn’t be nearly as captivating as it is if wasn’t for these shining examples of the male species. Liars, cheaters, bullies and boors, we salute you! Here are the Top 12 Most Notorious Villains of The Bachelorette, in order of their heinousness:

Every season needs a villain, and poor Ben Scott became season nine’s villain more out of a lack of options than anything he did that was particularly odious. In what was one of the most adorable entrances in the franchise’s history, this entrepreneur from Texas sent his little boy out of the limo first to give a flower to Bachelorette Desiree Hartsock. Desiree was smitten, and Ben quickly became one of her favorites, but the other guys didn’t like him. Granted, he was annoying and a tad overbearing, and he lied to the other guys about spending extra time with Des, who sent him home midway through the season. What’s interesting about Ben Scott is that he is one of three contestants to make it on this list who are dads. You’d think that dads who go on the show would be sweeter and more careful about the way they present themselves on TV than other guys, but apparently, that’s not true. Let’s hope these schmucks are nicer when they’re not on camera.

Poor Nick V. Twice a bridesmaid, never the bride… This guy was runner-up on Andi’s and Kaitlyn’s season. The thing was that he never should’ve been in the running for Kaitlyn’s heart in the first place — he wasn’t a contestant. No, Nick V. just felt that he couldn’t miss out on the opportunity to see if he and Kaitlyn had a genuine connection (the two had been texting before Kaitlyn was picked to be the Bachelorette), so he took it upon himself to show up at one of the group dates midway through the season and start making out with her. Granted, the other guys were not impressed. Still, it was Kaitlyn’s decision to let him stay, and some of the villain status inflicted on Nick seemed a little unfair. The guy was just following his heart, after all. His biggest crimes were being too cocky when he was on Andi’s season and calling Andi out on the live After The Rose show — “If you weren’t in love with me, then I’m just not sure why you made love with me,” a bitter, pouty-faced Nick will forever be remembered for saying. Maybe we should cut the guy some slack, even if he is a bit slimy.

Oh, JJ, another dad who started off seeming like a nice-enough guy, and then threw everyone for a loop when he began bromancing Clint Arlis, in what was one of the craziest storylines ever to appear on the show. These two big macho guys reputedly spent hours together, soaking in the hot tub, popping each other’s zits in the shower and boosting each other’s already inflated egos. But the closer they got, the meaner they also got, turning the rest of the house against them. When Kailyn announced she was going to ask Clint to leave, prior to the rose ceremony, JJ threw his BFF under the bus in front of everyone, asking him to apologize to the other guys for his rude behavior, when he had been every bit as rude. This resulted in an emotionally charged confrontation between the two friends, in which Clint clearly felt betrayed, calling JJ many bad words. Once Clint had left, a distraught JJ was captured crying and slapping himself in the face. Then Nick Viall came on midseason, and JJ faded into the background while Nick took over as “The Villain.” JJ, you might not be the most heinous villain in Bachelorette history, but you just might be our favorite.

He was just a good ol’ boy, never meanin’ no harm, but this trucking contractor from Ohio clearly didn’t have Bachelorette Jillian’s best interests in mind. He became very upset that another contestant had broken the “man code” by warning Jillian about country singer Wes Hayden (see #5), who’d said he had a girlfriend back home, and got all up in fellow contestant Juan Barbieri’s face over the fact that the guy had faked drinking a shot, nearly coming to blows with him. Too much testosterone (and alcohol) was David’s downfall. David has since published a book, The Man Code: A Woman’s Code to Cracking the Tough Guy.

This dental sales rep from Sarnia, Ontario, with the Ronald McDonald do, couldn’t seem to string a sentence together when he was alone with Bachelorette Ali Fedotowsky, but when he was with the guys, he was always running his mouth, seemingly trying to get a rise out of someone. But he just came across as a big bully when he started picking on meek weatherman, Jonathan Novak, who eventually confided in Ali that he thought Craig was “dangerous.” Ali believed him, and Craig — and his hair — got the boot.

This is perhaps the only time in Bachelorette history that the recipient of the final rose has had his villainous ways exposed after the season aired. Marketing exec Ed Swiderski seemed like a stand-up guy and a good choice for Bachelorette Jillian Harris, but he had reportedly been exchanging salacious e-mails with two girlfriends back home while he was romancing Jillian.

This “luxury brand consultant” was the first — and only — contestant in history to make his Bachelorette entrance by flying in on a helicopter. But not even his Gucci suit could save him when he referred to Bachelorette Emily Maynard’s young daughter as “baggage” — prompting an enraged Emily to tell him to “get the f*** out.” Which he did.

Jillian Harris had a lot of winners on her season, but bad boy Wes Hayden was perhaps the most memorable of them all. After the cocky country singer was outed for having a girlfriend back home, he seemed to take it with pride, boasting that he was “the first guy ever on The Bachelorette to make it to the top four with a girlfriend.” Sorry to burst your bubble, Wes, but Ed Swiderski won your season of The Bachelorette, and he supposedly had two girlfriends back home. Poor, poor Jillian.

Douchey Canadian entertainment wrestler, Justin “Rated-R” Rego was busted for having not one, but two girlfriends back home (one he was cheating with on the other)! This was all revealed when Bachelorette Ali Fedotowsky received a phone call from Justin’s girlfriend, Jessica, who told her that she’d recently found out Justin was cheating on her with yet another woman. An irate Ali confronted Justin, who denied the allegations, but lovey-dovey voice messages captured by the producers proved Justin had been communicating with Jessica all along, as the three-timing bozo hobbled off (he had a cast on one foot due to a sprained ankle) into most-hated-bachelor-contestant history.

No two ways about it, this Princeton-educated executive recruiter was one of the most arrogant — and laughable — contestants ever to appear on the show. From the manner in which he constantly spoke about how awesome he was (obviously trying to sell himself as the next Bachelor), to his less-than-stellar singing chops and his obvious attempt to try to make himself feel better about the fact that Bachelorette Kaitlyn Bristowe just wasn’t into him by making some disparaging remarks about her character, this guy was a real prize. Bachelor Nation — and the Bachelorette herself — couldn’t have been happier when he took himself out of the running in week five. If his last words to the camera were intended as one final attempt to charm America, it was an epic fail. “If I was made Bachelor, I think they would come out of the woodworks, man. I think they’d be like, oh s***, I wanna go out with that guy. He’s so deep,” Ian said, as he was driven away in the cab of shame. To which he added, “Oh man, I need to have some sex.” Princeton should be so proud.

Insurance salesman Joe Bailey was cast as the aw-shucks, affable Southern gentleman on Bachelorette Kaitlyn Bristowe’s season. In fact the only glimpse the audience got of this Kentucky boy’s dark side came when Kaitlyn let him go just before the hometown dates, right after Joe had confessed his love for her. To say he did not take the news well is putting it mildly. Good ol’ Joe left amidst a cloud of f-bombs in one of the least classy exits ever. Maybe it was because, minutes earlier, he’d interrupted his kiss with Kaitlyn to relieve himself in the bushes, as the season 11 blooper reel showed us. But Joe’s true colors really shone on season two of Bachelor in Paradise, where, aside from farting and spitting a lot, he totally played widow and mother, Juelia Kinney, from Chris Soules’s season, by pretending to like her when all he wanted was a rose so he could be there when his love interest from off the show, Samantha Steffen, showed up. Oh, and he also talked about bashing fellow contestant Jonathan Holloway’s head in “until his brains [were] coming out of his ears.” Yikes!

“I’d rather go swimming in pee,” this class act said when asked if he would propose to Bachelorette Ashley Hebert. In fact, the 28-year-old divorcee — and dad — from Utah seemed to have one reason and one reason only for being on the show, and that was to promote his business. (Yeah, it’s hard to understand how proving yourself to be a total sleaze can help anyone’s business.) As for Ashley, he acted nice to her face, getting her to fall for him, while viciously mocking her behind her back, calling her an “ugly duckling” and saying he wished Emily Maynard had been the Bachelorette instead. Yep, this guy was an all-around winner, possessing no redeeming qualities whatsoever, which is why, four seasons later, he still stands out as the biggest Bachelorette schmuck — err, villain — ever. Way to go, Bentley Williams! 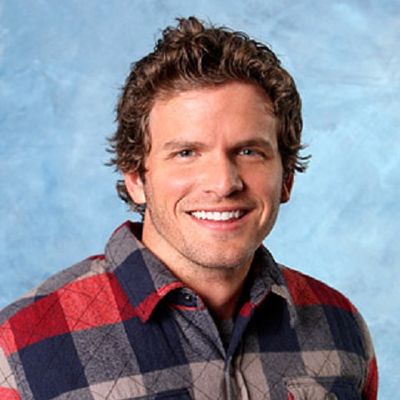