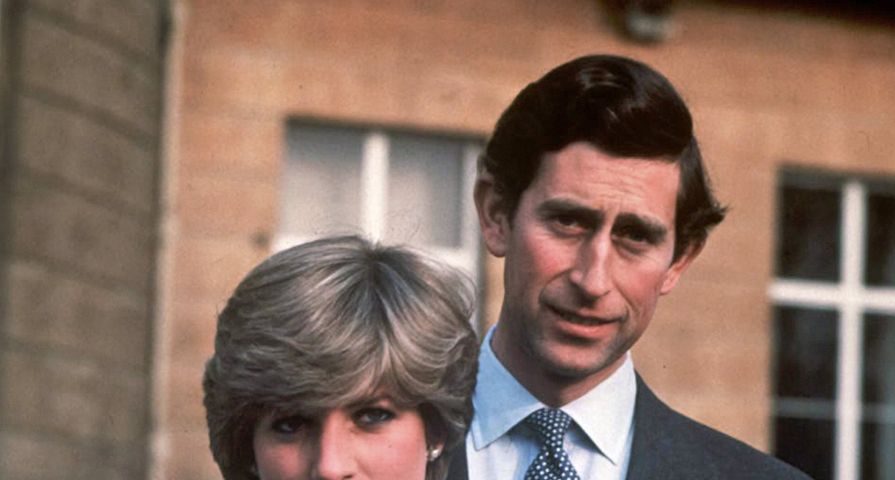 Prince Charles and Princess Diana were married for 11 years, but during most of that time period neither one of them were happy and this became common knowledge during the ‘90s. It’s been 21 years since the couple officially divorced and twenty years since Diana’s death, and people are still fascinated by the former royal couple’s marriage, which is why we have collected these things that most people don’t know about their relationship:

Before Prince Charles and Princess Diana started their relationship, he briefly dated her older sister Lady Elizabeth Sarah Lavinia Spencer in the late ‘70s. She is the one who introduced Charles to her sister Diana. Lady Sarah is reported to have said that she wouldn’t marry Charles “if he were the dustman or the King of England.” After Charles proposed to Diana, she said, “I introduced them. I’m Cupid.”

15. How She Discovered His Relationship with Camilla

Prior to her and Prince Charles’ wedding, Diana discovered that her husband still had feelings for Camilla when she found a bracelet engraved with the letters G and F – which stood for Gladys and Fred, their nicknames for each other. This was a red flag, but Diana was too young and immature at the time to understand it. “I was still too immature to understand all the messages coming my way… It was as if he’d made his decision, and if it wasn’t going to work, it wasn’t going to work,” she said.

Charles and Diana had known each other several years prior to their romantic relationship but he only took a serious interest in her during a country weekend when she watched him play polo; however, prior to getting engaged, they had only met about 12 times. After six months of dating, Charles proposed on February 3, 1981 and she accepted, but their engagement was kept a secret for the next few weeks and, on February 24, 1981, their engagement became official. On July 29, 1981, twenty-year-old Diana married the Prince of Wales.

On the day that they announced their engagement, Princess Diana was thrown for a loop when a reporter asked her and Charles if they were in love. While Diana said, “Yes, of course, we are,” Charles replied, “Whatever love means.” According to Diana, “And that threw me completely. I thought, what a strange answer. It traumatized me.”

12. It Wasn’t a Smooth Courtship

Princess Diana claimed that dating Prince Charles was an uphill battle. “He wasn’t consistent with his courting abilities,” she was recorded as saying in Diana: In Her Own Words. “He’d ring me every day for a week, then wouldn’t speak to me for three weeks. Very odd. I thought, ‘Fine. Well, he knows where I am if he wants me.’ The thrill when he used to ring up was so immense and intense. It would drive the other three girls in my flat crazy.”

Although the Prince of Wales had proposed to Diana, he wasn’t in love with her and he wasn’t ready to get married. His father Prince Philip had pressured him to propose because his “reputation was on the line.” Charles felt that he could “learn to love” Diana. His grandparents weren’t a love match when they first got married, but they built a good marriage in spite of this. His uncle, Earl Louis Mountbatten, also advised him to propose to Diana because none of the other women were “fit to be a princess.”

10. She Wanted to Call Off the Wedding

Princess Diana told her biographer Andrew Morton that, prior to her wedding to Charles, she had confided in her sisters, telling them that she couldn’t go through it. She claims that in response they said that it is a little late to pull out cause her “face was [already] on the tea towels.”

9. He Was Warned Against Marrying Her

According to the book The Duchess: The Untold Story, at least three of his Prince Charles’ friends didn’t think he and Diana were a good match. One friend. Nicholas Soames, didn’t think they had enough in common and that there was an intellectual gap while his other friends, Norton and Penny Romsey, didn’t that she loved him as a person, but was more interested in becoming part of the royal family. When his friends expressed concern, Charles reportedly yelled at them for doing so.

For their honeymoon, the Prince and Princess were in Broadlands and then they took the Royal Yacht on a two-week tour of the Mediterranean. They finished their honeymoon in Balmoral in Scotland where they spent several weeks. The honeymoon was anything but romantic. Diana wrote to her personal secretary, Jane Parsons, claiming that she used the honeymoon to catch up on sleep.

7. His Comments on Her Weight

According to Diana, just weeks after they became engaged, Prince Charles put his hand on her waist and said, “Oh, a bit chubby here, aren’t we?” This comment (combined with the Camilla Parker Bowles relationship) led to her developing bulimia nervosa about a week after they became engaged and it affected her wedding dress fittings. “The first time I was measured for my wedding dress, I was 29 inches around the waist. The day I got married, I was 23½ inches. I had shrunk into nothing from February to July. I had shrunk to nothing,” she said in recorded tapes obtained by her biographer Andrew Morton.

6. He Wanted a Daughter

During a meeting with royal biography Andrew Morton, Diana said that Harry’s birth was the beginning of the end of her marriage to Charles. “Charles and I were very, very close to each other the six weeks before Harry was born, the closest we’ve ever, ever been and ever will be,” she said. “Then, suddenly, as Harry was born, it just went bang, our marriage. The whole thing went down the drain.” She knew that Harry was going to be a boy, but she didn’t tell Charles because he wanted their second child to be a girl. According to her, his reaction to Harry’s birth was, “Oh God, it’s a boy,” and, “he’s even got red hair.”

In tapes where Diana spoke to a voice coach about her unhappy marriage to Charles, she also shared details about their lackluster sex life. She claimed that “there was never a requirement for it from his case,” and that they only made love once every three weeks. Before their marriage, he used to see Camilla Parker-Bowles once every three weeks. After Harry’s birth, their love life completely fizzled out.

Both Prince Charles and Princess Diana had affairs during their marriage. The only real difference, however, was that Charles had one long term affair with Camilla Parker-Bowles whereas she had a series of ill-fated affairs. In 1986, Charles rekindled his pre-Diana relationship with Camilla. Their relationship began in the ‘70s, but ended in 1973 when he went overseas to join the Royal Navy. The relationship was rekindled in 1980, but ended when he married Diana. By 1986, they rekindled their relationship yet again after his marriage had “irretrievably broken down.” Diana had several extramarital relationships. She was reported to be involved with her bodyguard, Barry Mannakee, who was transferred once his inappropriate relationship with the Princess was discovered and then died a year later in a motorcycle accident. She also had a relationship with Major James Hewitt from 1986 to 1991, and was reported to have had an affair with a car salesman, James Gilbey, with whom she was caught on tape having an intimate conversation, which became known as “Squidgygate.”

3. She Confronted Camilla about Her Affair with Charles

In 1989, Diana figured out that Charles was having an affair with Camilla and decided to confront her at Camilla’s sister’s 40th birthday, which she wasn’t even invited to. In response to Diana telling her that she knows what’s going on between her and Charles, Camilla reportedly responded, “You’ve got everything you ever wanted. You’ve got all the men in the world fall in love with you and you’ve got two beautiful children, what more do you want?” Diana told her that all she wanted was her husband and then apologized for getting in the way of them being together. “I said to Camilla, ‘I’m sorry I’m in the way . . . and it must be hell for both of you. But I do know what’s going on. Don’t treat me like an idiot.’”

Prince Philip tried to help Princess Diana when her marriage to Prince Charles began to crumble. She sent him handwritten notes where she called him “Dearest Pa” and he tried to offer her marriage counseling. In one letter, he conceded that he was ill-equipped to save her marriage with Charles. “If invited, I will always do my utmost to help you and Charles to the best of my ability, but I am quite ready to concede that I have no talents as a marriage counselor.” However, Diana found his advice useful. “This latest letter of yours showed great understanding and tact and I hope to be able to draw on your advice in the months ahead,” she wrote. Unfortunately, the Duke of Edinburgh wasn’t able to save his son’s marriage.

1. The Queen Ordered Their Divorce

After the Prince and Princess separated, rumors of cheating emerged and Diana gave a tell-all interview with the BBC’s Martin Bashir, which aired even more of her dirty laundry and Charles’. In 1995, Queen Elizabeth had had enough and demanded that the couple divorce ASAP. While Charles agreed formally in writing soon after, it took Diana until February 1996 to announce her agreement after negotiating with Charles and representatives for Elizabeth. In July of 1996, the couple finally agreed to the terms of their divorce and it was finalized in August. While Diana lost the title Her Royal Highness, she was allowed to keep her apartment at Kensington Palace and was given access to the family’s jets and was allowed to use the apartments at St. James for entertaining as long as she asked the Queen’s permission. She was also allowed to keep all the jewelry she amassed during her marriage except for the Cambridge Lover’s Knot tiara, which Elizabeth had given her as a wedding present. 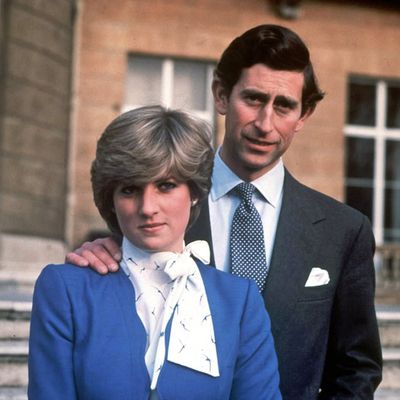