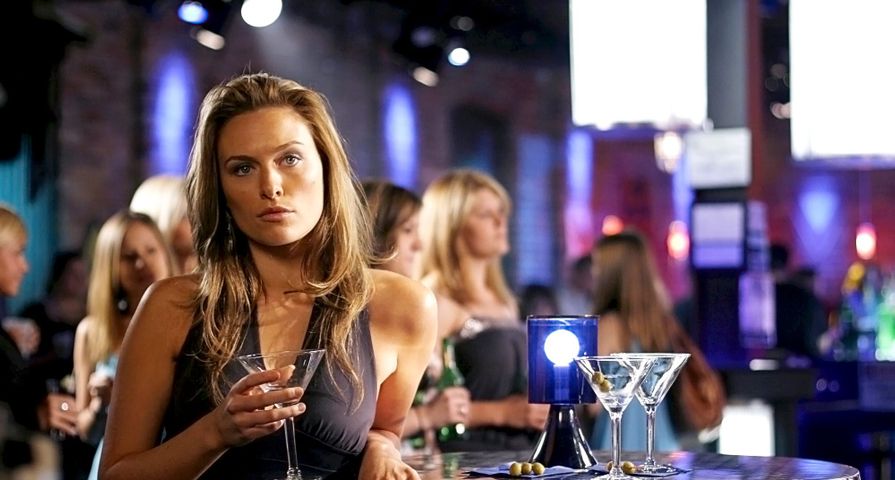 Over the course of its nine seasons, One Tree Hill kept things interesting with the arrival of new characters to shake things up for the core group. Sometimes this went well and that person became a fan favorite, other times it was hard for audiences to watch that character on their favorite show. Given how popular the show was, and how great the writers were with character development, not a lot of annoying characters were actually hated and many were essential to shaping the show and part of the most intriguing storylines. Regardless, One Tree Hill was not devoid of some infuriating characters, and here are some of the worst.

In all honesty, the character of Ian Banks aka “Psycho Derek” was only annoying because of the ridiculous storyline he was embroiled in. Ian was most definitely creepy and it got annoying that it was clear to everyone except Peyton that something was off with him, but what made it worse was that he just wouldn’t go away. After being beat up and shoved out of a second story window, it seems most people would struggle to get their bearings, but not Banks who escaped only to return and terrorize and almost kill both Peyton and Brooke.

From his first scenes on the show, there were a few words to describe Felix Taggaro, and none of them were very flattering. He was way too full of himself, and completely rude to everyone, and most unfortunate about his character was that he really did nothing to add to the show. It was easier to soften up to him once he revealed to Brooke how he had his heart broken and was scared of it happening again, but then his unbelievably unappealing personality made a comeback when it was discovered he was a homophobic bully…to his own sister.

Just because she was one of the stars of the show does not mean Peyton Sawyer was not annoying, because through her six seasons she was one of the worst. It is well understood that the basis of Peyton’s character was a brooding, tortured artist, and while her life certainly had difficulties, it wasn’t that bad and to continuously watch her complain about it became quite exasperating for many fans. Peyton’s consistent “woe is me” and playing games with Luke’s heart became extremely annoying and, while it was a shock to learn she and Luke wouldn’t be back after season 6, it also wasn’t the worst thing either.

Clay Evans was a great character and an excellent addition to One Tree Hill, specifically to Nathan’s life, but unfortunately a major part of his story was Katie Ryan. Fans had only finally understood the story of Clay’s dead wife Sara when Katie came on to the scene, looking remarkably like Sara and developed an obsession with Clay. The “psycho” character had been well done with the likes of Derek/Ian and of course Nanny Carrie, and this alone made Katie annoying. Aside from being an obsessive stalker, she also almost killed both Clay and Quinn and, like the other psychos on the show, just kept coming back.

Miranda Stone was the kind of character that gets under your skin because of her pompous attitude and she left many fans seething after her scenes. The biggest problem with Miranda is that she was seemingly a b-tch just for the sake of being one and was rude to Haley for no reason most of the time. Although she softened up a little, no one was sad to see her deported back to England, especially after that infamous underwear scene in the bar…give us a break.

The character of Gigi Silveri developed in the opposite way of many others as she started out as quite a likeable character only to turn into one of the worst. Her high school relationship with Mouth was adorable, and she was smart, quirky and funny and the perfect match for Mouth at the time. Unforunately her return in Season 6 was for the worse as it became annoying and redundant to see her continually come on to Mouth, and seemed to enjoy the challenge of coming between him and Millicent. Gigi became ridiculous and extremely frustrating to watch, especially after she succeeded in breaking Mouth and Milli up, but luckily Mouth didn’t fall for her again.

In Season 2, Mark Schwahn wanted to shake things up in Tree Hill by adding a new family which ended up giving fans a double dose of hard to watch characters. Along with Felix came his sister Anna Taggaro, and while the message brought along with her character was a good one, Anna herself was difficult to like. She was insipid and would not even stand up for Peyton after she got suspended by standing up against the homophobic graffiti written on her locker.

Nicki was a horrible person and her status as such just kept getting worse and worse the more she got involved in the show. Right away, Nicki came off as an unlikable character during her first meeting with Lucas in the bar, but when it was discovered she was the woman who abandoned Jake and Jenny, there was no hope for her. Nicki was most annoying because her one and only plan was to screw things up as much as possible for everyone else with no regard for others, especially her own daughter.

The introduction of Lindsey Strauss on One Tree Hill threw all fans off right from the beginning and started her off on the wrong foot before anyone could decide if they liked her or not. She clearly knew that there was always going to be something between Peyton and Lucas, and chose to ignore it right until the last possible moment. The scene where she leaves Lucas at the altar is one of the most ridiculous in the entire series, and had fans rolling their eyes at Lindsey yet again. Lindsey had some moments, and her character’s involvement in the show definitely kept things interesting for the Leyton storyline, but most of the time she was just annoying to watch.