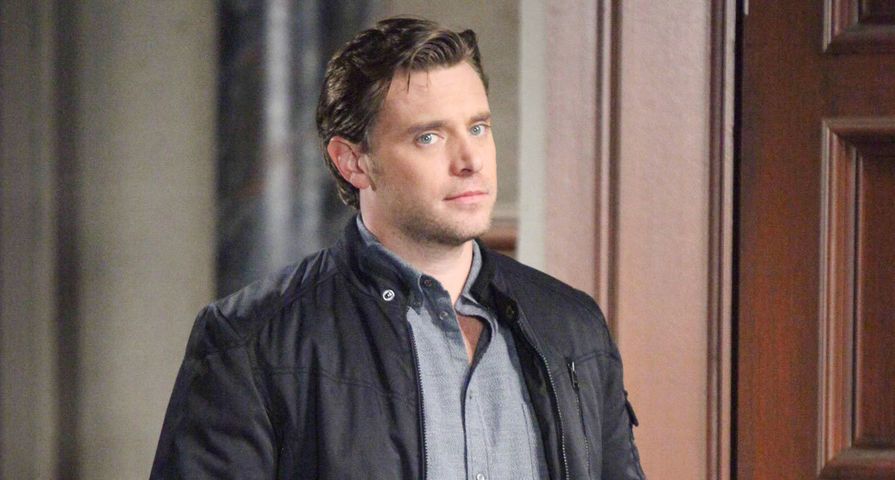 Villains turning into heroes? Girl next door transforms into manipulative seductress? How about a person simply snapping at the drop of hat? Anything and everything is possible when it comes to the world of soap operas. General Hospital (GH) and its characters are no exception to this rule. During its over 50-year tenure, GH has seen residents come and go from Port Charles, and there have been many surprising twists and turns that have come from the show’s characters. Alas, below are GH’s seven most shocking character transformations.

As a successful attorney, Alexis Davis has always been a positive and powerful female role model within the soaps. She is smart, strong, doesn’t back down, and as a mother of three daughters, she always seems to have her act together. Sadly, GH viewers have seen a drastic and shocking transformation in Alexis as of late. Sure, she’s had a difficult year. The love of her life Julian Jerome has not only lied to her (ruining their marriage and vows), but also almost tried to kill her. Her career has crumbled dramatically as well. Unfortunately, she’s been on a downward spiral turning to alcohol and away from her family and career. A character that was once a fighter is now a victim. Here’s to hoping Alexis can snap out of this slump.

Mental health is an issue that GH has never been afraid to shy away from, and one character that jumped to the forefront of this issue was Kate Howard. When she debuted in 2007, Kate was a successful business woman and editor of a highly-popular fashion magazine. She and Sonny Corinthos had immediate chemistry, using the ever-popular soap recipe for love: good girl falls in love with bad boy. They had a history growing up in Bensonhurst, and they just worked as a couple. Then in 2011, Connie, Kate’s split personality, rose to the surface. She was the complete opposite of Kate, and almost a character of her own. Manipulative, lying, scheming, Connie did everything to ruin Kate’s life and her relationship with Sonny. While Kate did seem to get better and the flip flopping between her and Connie slowly ended, Kate decided to continue life under the name of Connie. Connie became softer, but the character of Kate … or Connie … or whatever you want to call was never quite the same.

Lucy Coe is a legend in soap operas. While GH fans love seeing her onscreen when they get the chance, she wasn’t always the upbeat, positive, and quirky character she is today. In the past she’s been seen as a vixen, villain, sleazebag, schemer, manipulator, gold-digger – well, these were just a few words used to describe Lucy back in the day. When she entered Port Charles in 1986, she was portrayed as a bookworm librarian, but would change tremendously over the course of months. Lucy had no problem stealing husbands (she stole two in Jake Meyers and Alan Quartermaine), scheming to gain some cash and of course she lied quite a bit. Alas, her terrible ways changed drastically after a sweet friendship that developed with Dominique Taub, Scott Baldwin’s wife who was dying of terminal cancer. Lucy offered to be a surrogate for the couple and she dramatically changed her status from zero to hero in a matter of months. She would later meet Kevin Collins, who also helped her transform into the stand up and successful Port Charles woman she is today.

One of the top heroines and fan favorites on GH right now is Sam Morgan, but that wasn’t always the case. Sam entered Port Charles in 2003 playing a con artist. She was one of those bad girl types who had a thirst for adventure. As such, she did a little bit of bed-hopping: first Jax, then Sonny, and eventually she found Jason. Still, being with Jason didn’t reform this bad girl, as she continued her lying and scheming ways, which included doing nothing when little Jake was kidnapped (the first time) in the 2007 and hiring actors to scare Elizabeth and her little ones at the park – amongst other things. Still, over the years Sam has changed dramatically. Perhaps it is because of Jason, or her continued bond with bio mom Alexis, or maybe it’s motherhood. Regardless, Sam is no longer that lying and scheming bad girl. She may love some adventure now and again, but she pursues justice rather than wrongdoings now.

Once a scheming, manipulative piece of hot mess, Carly Corinthos has transformed tremendously over the years. She once was excited about the action and adventure of the mob, fell in and out of bed with Jason, Sonny and AJ, and had zero issues with affairs and husband-stealing. Maybe time healed all of Carly’s wounds around her terrible childhood, or perhaps motherhood has changed her. She is now a successful business woman with a kind heart who believes family comes first. Her priorities have dramatically changed over the years, and she does aim to do as much good as possible. She is also one that has been pushing hard for Sonny to leave his mob ways, especially his hunger for revenge that has been plaguing him as of late when it comes to Julian Jerome. One thing that has remained a constant though? Her undying love for Corinthos.

When James Franco entered the GH set in 2009, his Franco character was certainly something that soap opera fans had never seen before. Manipulative, evil, terrorizing, yet sexy and charming! His character was certainly insane, but he also added a touch of intrigue and mystery to Franco and all the storylines associated with him. Fast forward to when Roger Howarth took on the part in 2013 and Franco drastically changed. Okay, so a brain tumor led the Franco character to transform from insane criminal to a somewhat normal character. Surgery cleared up his crazy ways, but if anyone YouTube’s old GH episodes of the past, this new Franco (sensitivity and all) is simply a shadow of his former self.

When Steve Burton entered the role of Jason Quartermaine in 1991, the character was as clean cut as they could come. He was an athletic aspiring doctor, and despite being the love child of his dad and mistress – Jason was the ‘good’ Quartermaine son when compared to his alcoholic misfit of a brother AJ. All that changed in 1995 due to a drunk driving accident at the hands of AJ. Jason lost his memories and suffered from brain injuries. He turned his back on his Quartermaine family, changed his last name to Morgan, and jumped to the other side of the tracks, becoming Sonny Corinthos’ right-hand man. It’s been over two decades since this shocking transformation, yet Jason Morgan remains to be one of Port Charles’ most intriguing residents, where his dramatic transformation is still talked about within current storylines.