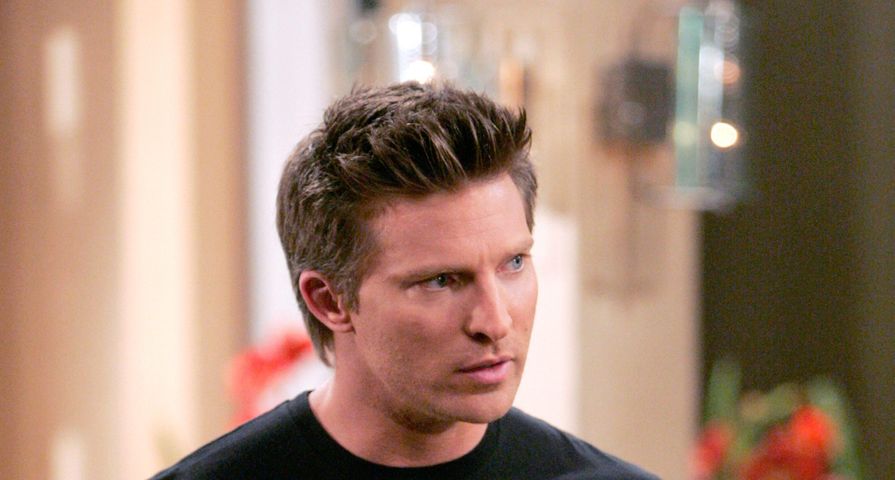 Good news General Hospital (GH) fans! If you haven’t heard already, GH alum Steve Burton (former Jason Morgan) is headed back to the show. Will he reprise his role in a ridiculous plot twist outing current Jason (played by Billy Miller), or come back to the show in the form of another character? Anything is possible in the land of soaps! To celebrate Burton’s return, here are seven ridiculous storylines that involved GH’s Jason Morgan.

7. The Evolution Of Jason Morgan

Born a Quartermaine in 1982, Jason lived in the lap of luxury as part of the richest and well-to-do family in Port Charles. He wanted to follow in the footsteps of his dad, Alan, and become a doctor when he was younger. That was all before he suffered brain damage in 1995, after alcoholic brother A.J. crashed his car while drinking and driving. Jason was left with no memory of his prior life and slowly began the evolution from Quartermaine to Morgan. He threw out those plans to become an MD and chose to become mob boss Sonny Corinthos’ sidekick. The rest, as they say, is history.

Despite the fact that she was the love of Sonny’s life, Brenda Barrett and Jason never really got along, so the fact that they wed in the early 2000s is ridiculous at best. They were both on trial for Luis Alcazar’s murder so their holy union was really a plot to protect themselves and get out of testifying against each other during the trial. Once that crazy fiasco was over and charges were dropped, they had their marriage annulled.

While it was awesome to see Hollywood actor James Franco mixed into the Port Charles scene, the storyline around Franco and Jason was insane. Why would an artist be obsessed with a sidekick of a mobster? While it was later revealed they weren’t brothers, there was once a time that storylines indicated otherwise. The scenes between Franco and Jason were intense and very dramatic, but the entire concept around the storyline was ridiculous.

4. Giving Up The Rights To Jake

This one needs to be heard out first. Yes, it made total sense that Jason would want his child to be safe, and giving up his parental rights to Jake offered the child a normal life, far away from the dangers and risks Morgan’s mob business brought. But this was the same man who was willing to take responsibility for fathering Michael (who wasn’t his child), Sam and Sonny’s baby, while being a mobster at the same time. Did he suddenly grow a conscience with his own son only to lay claim to the boy years later? Doesn’t really make that much sense.

After years of avoiding prison, in 2009 Jason purposely landed in jail so he could protect Michael who was serving a term for Claudia’s Zacchara’s murder. Of course, Jason would be sent to the exact same prison and become Michael’s cell buddy because these situations can be perfectly organized in a nice neat bow in the land of soaps.

In late 2012, GH fans were devastated when Cesar Faison, dressed as Duke Lavery, shot Jason. As his body fell into the water, GH viewers mourned the death of a popular Port Charles resident. If that wasn’t ridiculous enough, two years later, audiences would learn that Jason was alive and not dead! The Cassadines had simply frozen him in a cryogenic state. He was thawed out, given some plastic (reconstructive) surgery, and Jason came back to the little town to rebuild his life.

Children almost never come back to life in the land of soaps. Soaps have been known to have secret twins emerge after the fact, but never the children themselves. You can imagine the shock when Jason’s son Jake came back from the dead in the summer of 2015, close to four years after his hit-and-run death. This was a death that was quite final in 2011. What is even crazier is that it turns out his dad and son were on the same island being brainwashed by the Cassadines and he’d barely aged. Must’ve been something in that Cassadine water!