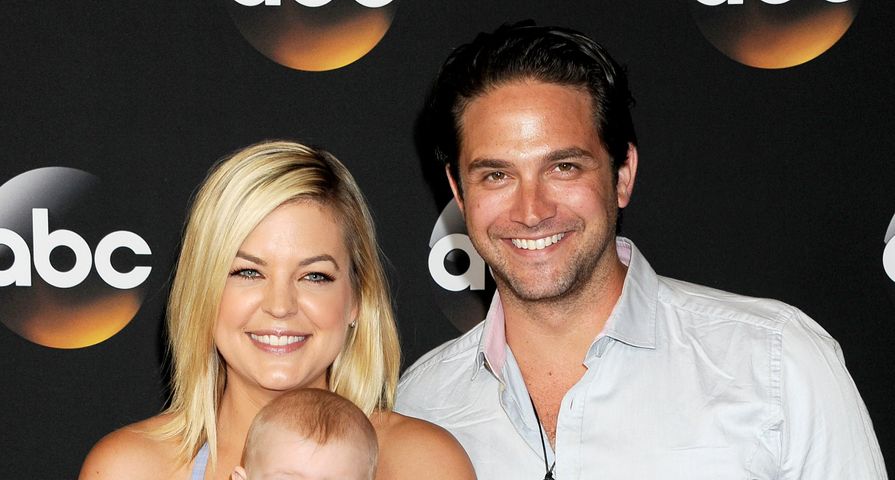 Viewers tune in weekly to the popular daytime soap General Hospital (GH) for the intense drama, interesting storylines and to watch their favorite characters go through the roller coaster ride of falling in love. Sometimes the chemistry that two characters experience can be easily transferred into a real-life romance and, just like anybody else, many soap actors find true love while at work. Below is a list of some of our favorite soap opera characters on GH, who have shacked up in real life, and found some romance while working on a soap opera set. Unfortunately, not all of these couples are still together!

Now this real-life couple is clearly only in the initial stages of dating, according to Soap Digest. There has been speculation around the idea that GH stars Kelly Monaco and Billy Miller have been seeing each other for months now. The speculation ended when photos appeared of the two. As they say, a picture is worth a thousand words, and photos were snapped of the two stars playing in the ocean on July 4th and celebrating Independence Day. While their Port Charles characters currently have no idea that they are married (and that Jake is actually Jason – the love of Sam’s life), it seems that for now, Monaco and Miller are enjoying each other’s company. Perhaps all this fun may lead to something bigger and brighter for Monaco and Miller in the future?

These two young soap stars met on the set of GH when Alderson joined the cast in January 2012. While she started on the show as Starr Manning, a reprise of her character on One Life to Live (OLTL), due to a dispute around ownership of characters (as the Hollywood entertainment company Prospect Parked owned the rights to OLTL storylines and characters, not ABC), she returned to the land of Port Charles in 2013 as Kiki Jerome. Embroiled in a three-way love triangle with Duell’s character (Michael Corinthos) and his on-screen brother Morgan, the two actors seemingly found love. Unfortunately, in October 2015, they split. Not to worry though — these two have remained good friends, so who knows what the future holds.

While you might think that daughter Britt Westbourne of super-evil genius parents Cesar Faison and Dr. Liesl Obrecht and son (Morgan Corinthos) of mob boss Sonny Corinthos and Carly Corinthos may be a match made in heaven, the two characters have never really crossed paths in Port Charles. Unfortunately, Morgan has been too busy going back and forth between Kiki Jerome and her mother Ava and Britt has been far too occupied with Nikolas Cassidine. However, the two actors that play these interesting characters have certainly found love … in each other! Meeting on GH’s set and dating since 2013, Bryan Craig and Kelly Thiebaud are currently engaged, which Craig actually announced on Twitter in June of 2015, and they set the date for March 2017.

While Brenda and Nikolas didn’t have much of a love affair in Port Charles, the actress and actor who played them would have quite the romance in real life. Christopher and Marcil began dating after she divorced child star Corey Feldman in the 1990s, and the two were even engaged at one point. Alas, they’d end up breaking off their engagement in the late ’90s, and never ended up saying their ‘I dos.’

Speaking of Tyler, Emily Quartermaine and Nikolas Cassadine had quite the love story on GH and it seems as if life ended up imitating art. Tyler and Natalia began dating in 2004 and would be on-and-off until 2006. It was even reported that he bought her a Yorkshire puppy one year for Christmas. If that doesn’t scream love and commitment, we’re not sure what does!

Hot new GH couple alert! Long-time GHer Laura Wright is currently dating the handsome Wes Ramsey and the good news for these two is that they both get to see each other at work daily! Laura plays the ever-popular Carly Corinthos while Wes recently landed the role of the mysterious Peter August. If you take a peek at Laura’s Instagram account it is clear she is quite smitten with Wes, and the two make a very cute couple.

This real-life soap opera couple originally met on the set of One Life to Life (OLTL). Back then, James portrayed Max Holden while Kassie played Blair Cramer. The two would fall and love and tie the knot in 1996. While they both are GH stars, they’ve been on the soap at different times. James currently plays Dr. David Bensch on the show and Kassie reprised her OLTL Cramer role on GH for some months in 2012.

Maxi Jones and Johnny Zacchara may have only flirted with the idea of a relationship, sharing a simple on-screen kiss. In real life, these two were as solid as a couple can get. Kirsten joined GH in 2005 as Maxi Jones, the eldest daughter of supercouple Frisco and Felicia Jones while Brandon rolled into Port Charles in 2007, playing bad-boy mobster Johnny Zacchara. Several years of working together and the two confirmed their relationship in 2013. Later that year in August, Storms and Barash revealed to People Magazine that they had secretly wed and were expecting their first child. On January 7, 2014, Barash took to Twitter to reveal that Storms had given birth to a beautiful girl, which they named Harper Rose Barash. Unfortunately, in April 2016, these two called it quits on their three year marriage.

Port Charles’ girl next door, Elizabeth Webber, has had her fair share of romance since she joined GH in 1997; however, the reality is, former cast mate Michael Saucedo has stolen her heart. The two met on the set, and while Juan Santiago and Elizabeth Webber were only acquaintances on the show (Juan was actually involved with Elizabeth’s BFF, Emily), the two married in 2001 and now have three beautiful children. Saucedo was only with GH from 1999 to 2001, but returned to the show for a brief appearance in 2013 and 2014. As his cousin Sabrina Santiago was about to marry, Elizabeth called Juan to ask if he could deliver Sabrina’s mother’s wedding dress. When he delivered the dress, Elizabeth chatted with him briefly and Juan stated that he still played music, but was married to a ‘Becky,’ which proves that sometimes life does imitate art (or vice versa).