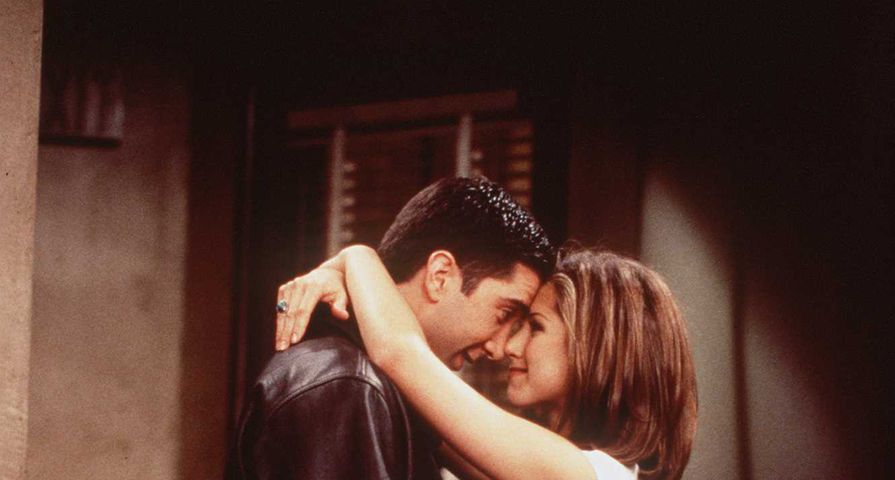 Friends goes down in history as one of the most successful and popular sitcoms on television. It’s mostly due to the fact that the characters on the show were so amazing. The series enjoyed a long 10-season run and throughout it’s time on air we got to see many relationships with each character come and go, especially when it came to Jennifer Aniston’s character, Rachel Green. It was clear from the first episode of season one that she was meant to end up with Ross, but of course, for the sake of making things interesting, she had to kiss a few frogs along the way. Here’s a definitive ranking of Rachel’s 13 most popular love interests from worst to best!

It wasn’t hard to put Barry Farber in last place considering how badly he treated Rachel. He’s the orthodontist Rachel was supposed to marry in the first episode of the series until she left him at the alter when she realized she was marrying him for all the wrong reasons. When she shows up at his office to apologize about it, he makes her feel extremely guilty. The two briefly reconcile until Rachel realizes that Barry has been sleeping with one of her bridesmaids for months! He obviously didn’t take their break up as hard as he made it seem. He then cheated on Mindy with Rachel post wedding. Eventually Barry gets married to Mindy and when Rachel acts as a bridesmaid at their wedding he continues to treat her badly by roasting her every chance he gets!

We don’t actually get to see much of Chip, but we know he was her boyfriend in high school. From what viewers learn about Chip, we’re pretty sure he wasn’t exactly a great guy. In a flashback episode, we see Rachel upset at one of the Geller’s family thanksgivings because Chip broke up with her for Nancy Branson because he “heard she was a slut.” He nearly ditched her on prom night, but showed up at the last minute. However, on prom night he ditches her so he can go hook up with a girl named Amy Welsh. We get to meet him as an adult and find out he’s one of those guys who “peaked in high school.” He still works the same part-time job he did in senior year and lives with his parents.

Tommy dates Rachel in season 3, but their romance doesn’t make it past the first date because he has a problem with rage. Played by Ben Stiller, Tommy pretends to be a nice guy while Rachel is around, but secretly he’s pretty awful! He screamed at an senior couple for sitting in their seats at the theater. Of course, the only person who notices this is Ross, but no one believes him because they think he’s just trying to sabotage Rachel’s date. In the end the whole gang catches Tommy screaming at the chick and duck, and Rachel quickly dumps him.

It was pretty clear from the get-go that Rachel was just using Russ to get back at Ross. There was no real connection between the two and it was kind of creepy how much he looked like Ross. She went out on one date with Russ during season two, but the romance didn’t last long. She quickly realized she had simply traded the old Ross in for a new one, who was essentially Ross’ twin, but with all these other terrible qualities. The only good thing about Russ was that he made Rachel realize she wasn’t over the old Ross!

Paolo was a fun fling Rachel had in season one. He helped her move on from her failed relationship with Barry while also delaying the inevitable, which was the Rachel and Ross saga. Their relationship was never meant to go far, especially considering their lack of communication — Paolo was Italian and could barely speak English! Their relationship was purely physical and it drove Ross crazy. Paolo lands near the worst end of this list not only because he wasn’t very compatible with Rachel, but also because he attempted to cheat on her with Phoebe!

Mark probably could have been a great guy for Rachel, but he manipulated his way into her life which was a little desperate. He didn’t really have to do much to ruin the relationship between Ross and Rachel, but he’s not totally innocent in the matter either. He pushed himself on Rachel when he knew it bothered Ross and showed up on her doorstep the second he heard they broke up. He then proceeded to kiss her even though it was pretty clear Rachel’s feelings for him were merely platonic. They gave the relationship a go after she broke up with Ross, but she couldn’t continue because she knew she was only doing it to get back at Ross. The only good thing about Mark was that he got Rachel her dream job.

When Danny first appeared on Friends as one of Monica and Rachel’s neighbors, she thought he looked like a “crazy-eyed hairy beast man.” In fact, Rachel was initially scared of him and mistook him for a Yeti when she ran into him in the basement of their apartment building! When she saw him without his beard, Rachel realized she had a bit of a crush on him. Their relationship had a weird start as they both seemed to play a lot of games with each other, or at least Rachel did, but it was clear she really liked him. Danny was really awkward and didn’t seem like an overall good catch. Things got even more weird though when Rachel realized Danny had an unusually close relationship with his sister. It got so uncomfortable she had to dump him after she realized they still took baths together — that’s just not right!

Joshua was Rachel’s first real love interest after the whole Ross and Emily fiasco, but it wasn’t exactly smooth sailing between the two. Rachel met Josh when he came into Bloomingdales looking for a whole new wardrobe after his ex-wife threw away all of his clothes during their divorce. Who knows if Rachel and Josh could have been a good match. We never really got the chance to find out before Rachel scared him away! She saw Josh as the perfect rebound to get over Ross, but Josh never picked up on how strongly Rachel felt, or at least didn’t want to move as fast as she did. Their whole relationship was comical as Rachel’s antics kept backfiring and making her look more and more crazy. She’s usually the one being pursued in relationships so it was fun to see her pursue someone else for a change.

It pains us to speak badly of the beloved Joey Tribbiani, but let’s face it, this relationship was a huge mistake. Rachel and Joey didn’t have any chemistry. They got along as friends and knew each other really well, but if there was really something between the two of them it would have come up earlier. Joey and Rachel had known each other for nearly a decade when they started having feelings for one another and it couldn’t have come at a worse time — while Rachel was pregnant with Ross’ baby! The whole thing with Joey was just a way to delay the inevitable which was Rachel and Ross. Joey is such a sweet guy and would have made an amazing boyfriend for ANY other girl, but their relationship was forced and unnatural. We were so happy when they finally realized it wasn’t meant to be.

Tag was a really sweet guy and if he had only been a little closer in age to Rachel, their relationship might have actually worked out. He was caring and good looking, but it was clear from the beginning these two wouldn’t end up together. He was more of a fun fling for Rachel to engage in. Tag was never mature enough for Rachel and their connection was purely physical. Even though they were only five years apart in age, these two were worlds apart when it came to where they were at in their lives. She ended up breaking up with him on her 30th birthday, but only after he gave her a scooter as a gift! Oh Tag — stick to the list!

Friends: 10 Times When Ross, Chandler, And Joey Were The Ultimate BFFs

The one good thing about Rachel’s relationship with Paul was that it was mature, unlike some of her other love interests on this list. However, it was a little weird considering she was dating the father of Ross’ girlfriend, Elizabeth. Things between them seemed to be going quite well and for once she wasn’t dating a man to make Ross jealous or play games — she seemed to be genuinely into him and he was very sweet to her. Because he was Elizabeth’s father, he made fun of Ross every chance he got. Unfortunately, Paul turned out to be a pretty big cry baby. Definitely not sexy. Rachel asked him to open up about his childhood which led to him crying for hours on end about being called “Chicken Boy.” The fact that Bruce Willis played this character saved him from landing further down on this list.

If Ross wasn’t ‘the one’ for Rachel, Gavin Mitchell would have been her perfect match. These two had some pretty amazing chemistry. He was smart, witty and both had an interest in the fashion industry. Gavin wasn’t afraid to stand up to Rachel and he challenged her in a good way. In fact, their relationship started out with both of them hating each other since Gavin was filling in for Rachel while she was on maternity leave. He was also pretty darn good looking! We loved that he took a very mature approach to dating Rachel and instead of forcing the relationship, he was a big enough man to walk away when he realized there was some unfinished business between her and Ross.

Things finally came full circle in the series finale when Rachel ended up with Ross. It was clear from season one these two were meant to end up together and their chemistry was through the roof! Their relationship was far from perfect — Ross was jealous, sometimes selfish and unreasonable, but he also thought the world of Rachel and had pined after her since high school. He loved her unconditionally and was the father of her daughter, Emma. The best thing about their relationship was that underneath it all, they were friends first and cared about each other’s happiness, even if it meant watching them with someone else. Luckily, that didn’t happen when Rachel realized she couldn’t move to Paris and live without Ross. How sweet!