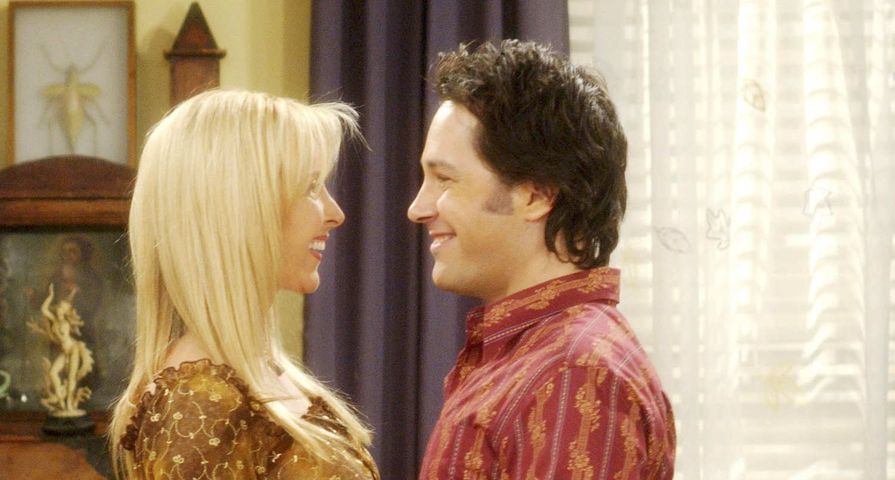 Friends is one of the best sitcoms of all time. It ran from 1994 to 2004 and during this time fans got to watch their favorite gang of friends navigate life’s hardships, like relationships, careers and friendship in their twenties and thirties while living in New York City and hanging out at the beloved Central Perk. In the 10 seasons it was on air, fans saw the leading ladies date a lot of men before finding the one. Before she married Mike Hannigan, Phoebe dated quite a few men. Here’s a definitive ranking of Phoebe’s 15 love interests from worst to best!

A special guest appearance by David Arquette, who was Courteney Cox’s boyfriend at the time, happened in season 3. Phoebe and Malcolm meet in the strangest way. He begins stalking Phoebe, thinking that she’s her twin sister, Ursula. When she confronts him, it becomes clear he has an extremely unhealthy obsession with her sister. Phoebe takes pity on him and tries to help him. In an odd twist, she starts dating him, but then soon finds out he’s still stalking her sister. She has no choice but to dump him. This whole relationship was a little creepy.

We don’t get to know Roger that well to rank him too badly, but we do know that he doesn’t get along with Phoebe’s friends which is a huge problem. At first they all love the psychiatrist because he’s able to help each of them with their problems, but then they start to dislike him because he doesn’t hold back when he analyzes them and gives them the hard-hearted truth. Eventually, Phoebe is forced to dump him which causes him to go off about how she and her friends are all co-dependent. This convinces Phoebe that she made the right decision.

Played by Troy Norton, Jake is Phoebe’s boyfriend for a brief period of time in season 7. While Jake was extremely nice to Phoebe and treated her well, there was one small catch…he liked to wear women’s underwear! Joey finds out about it, and finds it strange, but Phoebe tells him she wears his briefs and that Jake is so secure with his masculinity, so it’s not weird at all. Joey becomes curious and wears a pair of Rachel’s panties, but gets really insecure about it and takes them off. We never see Jake again, but it’s assumed the two broke up.

Alec Baldwin makes a guest appearance on Friends as one of Phoebe’s love interests, Parker. Phoebe is an oddly positive and optimistic person considering her upbringing with a suicidal mother, deadbeat dad and having lived on the street, but when Parker came along, she could not stand his freakishly upbeat personality! Phoebe is all about seeing the bright side of things in life, but Parker was like something out of a cartoon. He gushed about every mundane thing and it was a little over the top.

Similar to Jake, Robert had a bit of an underwear problem. Instead of wearing Phoebe’s, he didn’t wear any! Robert was a perfectly normal guy except for the fact that he tended to wear small baggy athletic shorts that showed a little too much of himself. She didn’t notice until she invited him to Central Perk to meet her friends and Joey and Chandler spotted it. It was a sensitive subject for Robert. Phoebe tried to change him by purchasing spandex shorts for him to wear, but he didn’t like them. In the end, Gunther was the only one who had the guts to tell him to “put it away” and Phoebe eventually dumped him.

You’d think Phoebe would have learned not to date men from Ursula’s past by this time, but clearly she hadn’t. When Phoebe first met Eric, he’s introduced as Ursula’s finance. Played by Oscar-winning actor, Sean Penn, Eric meets Phoebe when he attends a Halloween party hosted by Monica. At the party, Phoebe finds out Ursula told Eric all these lies in order to be with him. She spills the truth to Eric which causes him to end things with Ursula. He then engages in a bit of a relationship with Phoebe, but things don’t last long. Phoebe and Eric share a kiss, but she has to leave to see a client. When she comes back later, Eric announces that he’s tired from all the sex. The two figure out that he accidentally slept with Ursula thinking she was Phoebe and end the relationship right then and there.

Viewers meet Duncan in season 2 when we shockingly find out that Phoebe has been married this whole time! Duncan is a Canadian-born ice skater who Phoebe agreed to marry so he could avoid getting deported and obtain his green card. Phoebe is secretly in love with him, but she thinks he is gay so she never told him. He leaves to tour the world, but then unexpectedly reappeared in her life to ask for a divorce. He announces to Phoebe that he’s suddenly realized he isn’t gay and met a woman he wants to marry. Phoebe is heartbroken all over again, but agrees to let him divorce her and the two end on pretty good terms. Their relationship isn’t necessarily bad, but it never would have worked out considering Duncan never reciprocated Phoebe’s feelings.

Poor Sergei. This relationship might have worked if he had spoken even a lick of English. Unfortunately, Phoebe isn’t able to communicate directly with the handsome diplomat so they have a translator follow them around and third wheel on all their dates. Safe to say this relationship was doomed from the start. Phoebe and Sergei met when she was giving out free massages outside the U.N., but when a double date between them, Monica, and their translator goes wrong, all Phoebe and Sergei can say to one another is, “Plate.”

Ryan actually wasn’t a bad guy. It’s just he and Phoebe had really bad timing. Ryan was a Lieutenant Commander in the United States Navy Phoebe used to date. He spends the majority of his life underwater, but when he gets time off he goes and visits Phoebe so the two can pick up where they left off. Phoebe calls him her “submarine guy.” Unfortunately, during season 2, when he comes for his visit she has the chicken pox. Ryan cares about Phoebe so much, he doesn’t let the chicken pox get in the way of them seeing each other, but then he gets them as well. The two end up spending their time scratching each other, but thankfully their chicken pox healed just in time before he had to head back out to sea.

Gary was actually pretty perfect. Phoebe met Gary, an NYPD officer, after she found his badge and he caught her using it. He was kind enough to not charge her for impersonating an officer, mainly because he wanted to ask her out. The two had a lot of chemistry and he seemed like a really sweet guy. She even moved in with him! Unfortunately, while laying in bed one morning, Gary shot a bird chirping outside the window. That is definitely a deal breaker for Phoebe, the animal loving, vegetarian.

Rob Donnen shows up as one of Phoebe’s love interests in season 2. He’s schedules performances at the children’s library and asks Phoebe to perform for them. The two of them are attracted to each other and share a kiss when Phoebe expresses that she’s nervous to perform in front of people. Their relationship is short-lived when Rob quickly realizes Phoebe’s jingles are not kid-friendly. Their relationship doesn’t make it outside the library and Phoebe is never asked to come back.

Remember when Phoebe dated two men at once? We didn’t feel bad for her at all! She started fireman Vince and kindergarten teacher, Jason, at the same time. Both of them were perfect in their own way, so she was having trouble choosing which one she wanted to be with. When she couldn’t choose which one to be with, they both ended up dumping her. Jason finds out she slept with Vince and Vince tells her that he can’t date someone who would “have a flame in the middle of a wooden area.” Phoebe learned real quick that she is not cut out for juggling men. These two make it pretty far down on this list because they actually are the perfect guys — she just shouldn’t have dated them both at the same time!

This relationship probably would have worked out if their timing had been a little better. Phoebe meets David in season 2 when she calls him out for talking during her performance at Central Perk. She finds out that he was actually complimenting her and the two end up dating. Their relationship is really cute as David is this sweet, really smart but shy scientist. He acts as Phoebe’s first true love. Unfortunately, just as their relationship is getting started he’s whisked off to Minsk and by the time he comes back she’s in a new relationship. He attempts to win her back, but by then she’d already fallen in love with Mike.

It’s not surprising that Mike Hannigan, who ends up being Phoebe’s husband, lands in the number one spot on this list. Mike Hannigan is the one man who loves Phoebe for all her eccentric weirdness and lets her be herself. The two get married in a beautiful winter ceremony outside Central Perk. Another reason he’s the best love interest? His character is played by none other than fan favorite, Paul Rudd!