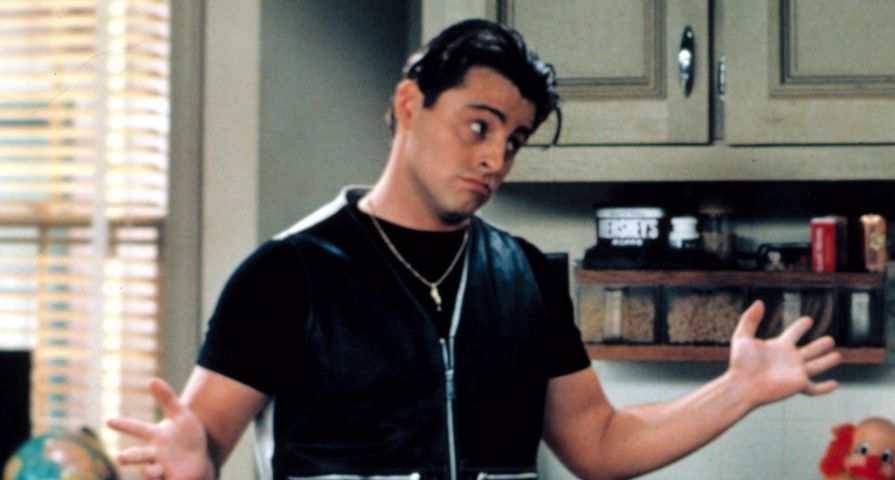 Friends goes down in history as one of the best sitcoms of all time. It will forever be cherished by old and new fans as it continues to gain popularity well over a decade since it went off the air. Fans of Friends would agree that the characters were what made the show so great. We loved each and every one, both minor or major because they all brought something different to the show, but we must admit, there were a few we loved more than others! Here’s a ranking of 15 popular Friends characters ranked from worst to best!

Barry Farber is hands down the worst character on Friends. While he was important for Rachel’s storyline, that didn’t mean we had to like him! He was a cheating scumbag who walked all over Rachel and manipulated her into feeling guilty for leaving him at the alter. Meanwhile he was shacking up with one of her friends! Luckily we didn’t have to see much of him past the first couple seasons.

As Phoebe’s sister it would have been cool to see a little more interaction between these two, but from what we did see, they didn’t have much in common. Ursula was a totally morally corrupt character who never seemed very interested in anything to do with what was going on around her, so she was kind of boring. There wasn’t much to her character which made her not very interesting or funny for that matter. She was just plain mean!

Ross’s ex-wife Carol Willick and her lover Susan Bunch land in one of the worst spots on this list because, while they were fairly big minor characters on the show, they were never really very likable. It was funny to see Ross and Susan bicker over the affection of Carol and their son Ben, but sometimes it seemed like these two were just downright mean to Ross! Even though Carol was the one who cheated on Ross, we never saw her be even remotely sorry about it and it seemed odd that Susan saw Ben as her child when she was technically the mistress! If the tables were turned we’re pretty sure it wouldn’t have sat well with Carol.

Rachel Green’s father, Leonard, was hands down the most abrasive, mean and bad-tempered character on Friends! He never wasted an opportunity to insult Ross which was pretty funny, but definitely didn’t make him a very well-liked character. Leonard hated Ross even more when he and Rachel got pregnant, and later on in the series when Ross goes with Rachel to help her father in the hospital after he had a heart attack, he’s still rude to him! What an ungrateful and unpleasant man!

Chain smoking acting agent with a little too much make-up, Estelle Leonard didn’t play a huge role on Friends, but she was always around! She hired Joey after she saw him in the Freud! musical and continued to work with him, but she wasn’t very good at her job. The only major role she ever booked him was as Dr. Drake Ramoray on Days of Our Lives, otherwise she’d usually forget about him or hand him low end jobs as an extra. Even if she was a little frustrating at times, Estelle was comical and when she passed away Joey was genuinely upset.

Surprisingly, Ross Geller is probably everyone’s least favorite character out of the main six friends. While we thought he was hilarious and was responsible for some of the best Friends scenes like when they had to “pivot” the couch up the stairs or when he got caught with his leather pants down while on a date, he could also be a little whiny and loved to play the victim. Sometimes we wanted to just tell him to get over it! While we agree that Ross and Rachel were “on a break,” we will never forgive him for sleeping with another woman so quickly! Not cool, Ross.

These two are the two most underrated characters on Friends. They were absolutely hilarious! The dynamic between Ross and Monica and their parents was amazing, especially when it came to Judy’s passive aggressive digs toward her daughter. Judy and Jack were never afraid to embarrass their children with tales of their childhood or to openly talk about their sex life which made Ross and Monica cringe even more. Even though they all had flawed relationships, at the end of the day it was obvious they all loved each other. These two go down in history as one of the best sitcom parents of all time.

A lot of people might be mad to see the beloved and quirky Phoebe Buffay in this spot, but she was never a fan favorite. Despite the fact that she brought a lot of laughs to the show, she was sometimes a little annoying with her eccentricities and had a bit of a ‘know it all’ attitude. Don’t get us wrong, we love Phoebe and couldn’t imagine the show without her — she just wasn’t our favorite character.

Even though Gunther never got a lot of air time or had much of a dialogue in any episode, he was a big part of Friends and one of the best characters! It was hilarious how he secretly pined after Rachel, but could never work up the courage to ask her on a date. He had the best snide and witty remarks towards the gang, but also sometimes seemed like he could be part of their group. Gunther was such a quirky character — we wouldn’t change a thing!

Oh, my god! Every time we think of Janice we can’t help but hear this signature phrase in our head. Janice was one of those characters we loved to hate. She was terribly annoying and we all knew she’d never end up with Chandler in the end, but she brought a lot of humor to the show and was never afraid to say what was on her mind. She did numerous stints throughout the series — she never stayed around long, but we always knew it wouldn’t be long before she’d make another appearance!

Monica was no doubt one of the best characters on the show, but she could be a little neurotic sometimes which got annoying. We know that was a big part of her personality and to take that away would’ve changed her whole character, but it’s also a major reason why she was not liked as much as the more easygoing characters. Despite this, Monica was definitely a fan favorite and in a lot of ways she was the central character on the show because her apartment was where all of the friends gathered and how all the ladies were introduced to the men. Phoebe and Rachel would not have met Joey, Chandler and Ross if it weren’t for her!

Mike Hannigan was definitely a fan favorite on Friends. Although he wasn’t introduced to viewers until season 9, he became popular almost immediately and fit right in with the rest of the cast. One of the main reasons he was so loved was because fans really wanted to see Phoebe find that special someone. She can be pretty darn quirky so it was hard to find that perfect match for her, but when Mike came into the picture he seemed to be the solution because he was a little weird himself! He embraced her eccentricities, but also brought her down to earth a little bit…remember when he saved her from changing her name to Princess Consuela Banana-Hammock?

Rachel Green is the one character on Friends who showed a lot of growth from season 1 to 10. Her character changed tremendously. She went from being a spoiled rich girl, to a waitress living pay check to pay check, to a career driven woman and finally to being a mother. Fans loved watching her evolve from season to season and, although she might not have always made the right decisions when it came to love nor was she the funniest, she was probably one of the most relatable characters. It definitely helped that she was played by the beloved Jennifer Aniston!

We’re pretty sure there isn’t a single Friends’ fan who didn’t like Joey Tribbiana! He was such a lovable character who cared deeply about his friendships, especially with Chandler. This guy wouldn’t hurt a fly! He might of had a few shortcomings with his career over the seasons, but he always had a positive outlook on life. Not to mention, Joey was the main sources of humor on Friends — his character was constantly cracking us up…even if we were laughing at him most of the time. Friends definitely wouldn’t have been the same without this Italian stallion!

Some people might be surprised to see Chandler Bing in the number one spot on this list, but we stand by our decision. Chandler was the best character on Friends because he was so consistently funny! He brought something totally different to the table that we didn’t get from any of the other characters. His self deprecating, sarcastic sense of humor was the best! Both the writers and Matthew Perry did a really good job of never going overboard with either his storylines or personality. We could always rely on Chandler to lighten up a scene with one of his infamous one-liners.