Home » Entertainment » TV » Friends: Plot Holes You Might Not Remember 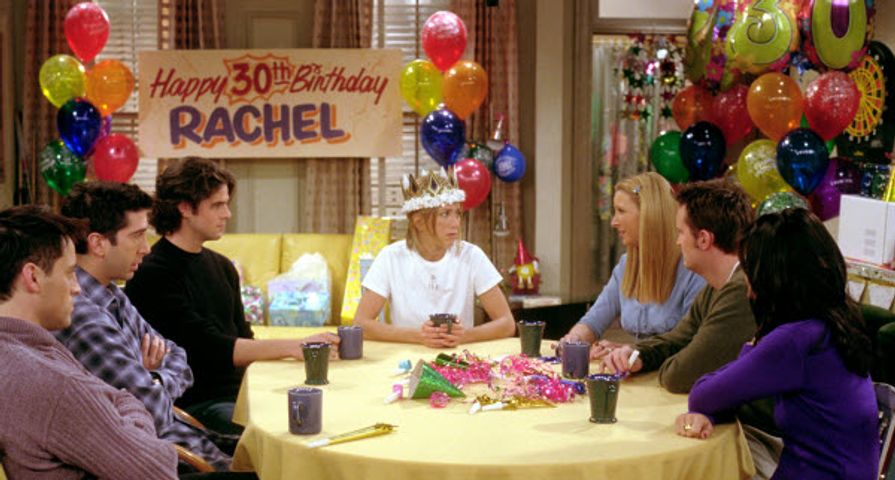 The NBC sitcom Friends is recognized as one of the greatest shows of all time. The show was on the air for a decade from 1994 to 2004, raking up 10 seasons and a huge fan following. Many of this shows most loyal fans have seen episodes and even entire seasons dozens of times. However, when taking a closer look at each episode, there are a few inconsistencies that occur over time within the plot and among the characters that even the most dedicated fans probably wouldn’t notice. Some of these plot holes are surprisingly pretty big! Here’s a list of the 15 plot holes in Friends that you might not remember:

When Rachel makes her famous entrance back in the pilot episode of season one, she’s introduced to the whole gang. But, when Monica goes around she introduces them all, except for her brother, who she already knows from her high school days as Monica’s best friend. What is odd is that Monica introduces Chandler as a stranger, but we later find out in flashback episodes that Rachel met Chandler on more than one occasion. There were the multiple Thanksgiving episodes at Monica and Ross’ parents house, plus at a college party in a flash back Rachel and Chandler even made out! How could she not recognize him! 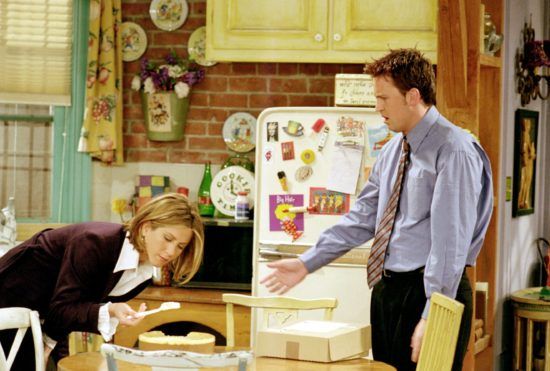 In season 10, during the episode “The One With the Cake, “Ross and Monica’s mom, Judy, said that her parents died when they were really young, but back in season 1 there’s an entire episode called “The One Where Nana Dies Twice” dedicated to their Nana (Judy’s mom) passing away. 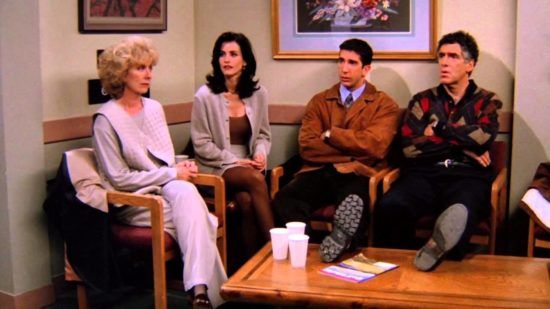 In the episode “The One Where Chandler Doesn’t Like Dogs,” Ross said he doesn’t like ice cream because it’s too cold. However, we’ve seen Ross eat ice cream before, when he’s on a date with his college student, Elizabeth and in a scene with Marcel! 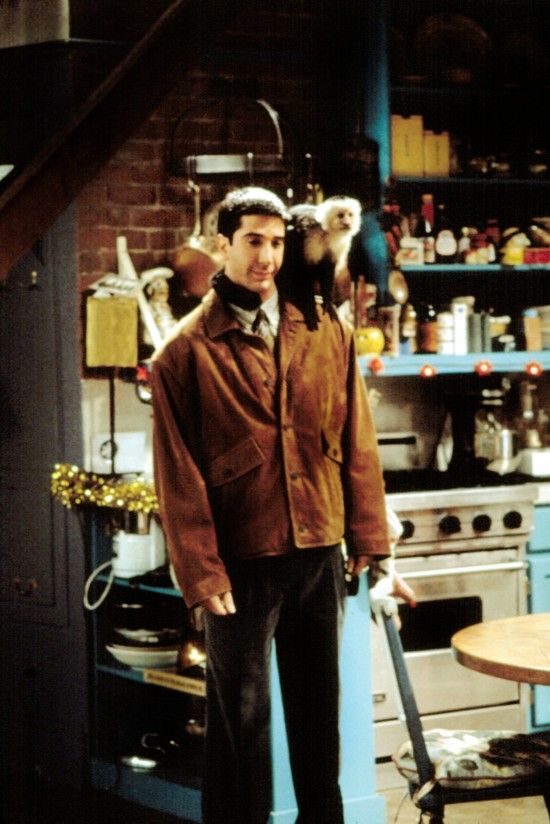 In the pilot episode, Rachel’s fiancé’s last name is “Finkle.” We know this because she leaves him a voicemail telling him that she can’t become Mrs. Barry Finkle. However, in season two, when her ex-fiancé enters the picture again as he’s marrying one of Rachel’s friend, his name changes – he’s now Barry Farber. 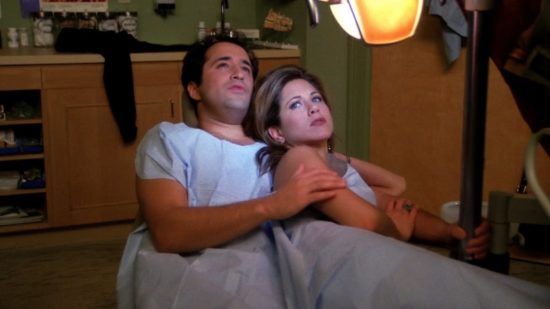 Throughout the series, Monica lives in apartment 20 and Joey in 19, but this wasn’t the case in the pilot episode. There’s a clear shot of her apartment door and it has the number “5” on it and Joey’s has the number “4” on his. Does this mean that the gang moved to a higher floor to an apartment that looked identical in every way? Nope! It’s just a plot hole. 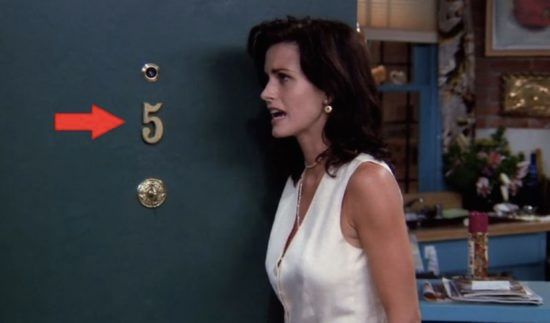 10. Joey Knows What Air Quotes Are and Adam’s Apple

In season 2, “The One Where Heckles Dies,” Joey makes a comment about a woman he dated: “I went out a couple of times with this girl – really hot, great kisser. But she had the biggest Adam’s apple!” But in season 7, in the episode “The One Where They All Turn Thirty,” Joey says to Chandler that he has to take off his bowtie because it’s hurting his “Joey’s apple,” and Chandler responds, “For the last time it’s not named after each individual man.” Also, remember in season 9 when Joey doesn’t know how to use air quotes? Well earlier in the series, back in season 5, Joey uses air quotes when he’s correcting himself. Rachel has just found out about Monica and Chandler’s secret relationship, and Joey said, “Look, it’s not that big of a deal, so Monica and Chandler are doing it.” And then corrects himself when Rachel gets frustrated, “Sorry, Monica and Chandler are ‘making love.'” 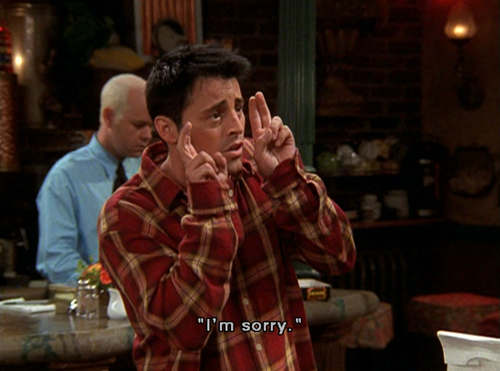 In the season five finale, Rachel and Ross get drunk in Las Vegas and get married with permanent ink all over their faces. They are even told by the manufacturers that it can’t come off and it will only fade with time. While they wake up together in season six with the markings still on their faces, when they go down for breakfast, the markings are gone! If the markings had been washable, these two never would have gotten drunk and then eloped, so it’s a pretty major plot hole. 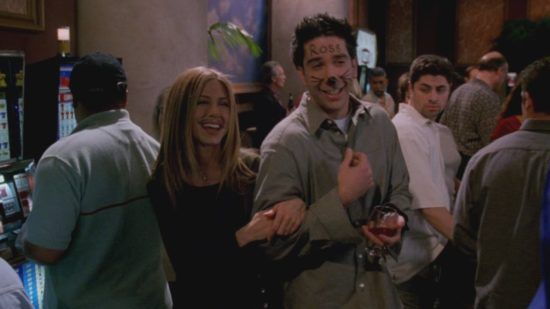 8. Chandler Says ‘I Love You’ For The First Time…Twice

In season 5, “The One With All the Thanksgivings,” Chandler is upset when he finds out in a flashback that he lost part of his toe because Monica dropped a knife on his foot. She goes over to his apartment to cheer him up by dancing around with a turkey on her head, and he said for presumably the first time, “You’re so great! I love you.” Monica is so surprised and said, “You love me?” But this isn’t the first time Chandler has professed his love to Monica! A few episodes later in, “The One Where Everybody Finds Out,” Chandler is the first to back down between him and Phoebe stating that he can’t sleep with Phoebe because he’s “in love with Monica.” Monica comes out of the bathroom and said that she loves him too and the moment is supposedly the first time the two share with one another that they love each other. 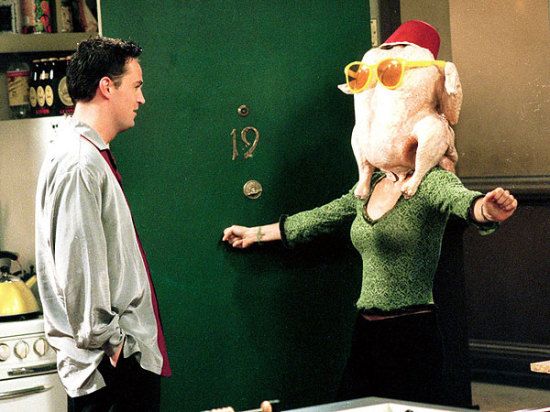 June Gable – who played Estelle Leonard, Joey’s brash, chain-smoking agent – had another role on the hit show! She played a nurse during the season one episode “The One with the Birth,” who delivered Ross and Carol’s baby. Then, two seasons later, she came back on the show as Joey’s talent agent. 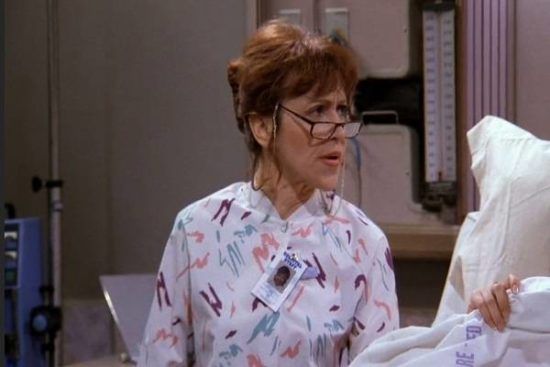 This one is hard to notice, because of it’s nitty-gritty details, but it’s most obvious in the episode, “The One Where They All Turn Thirty,” when Rachel becomes the last member of the group to turn 30. The big issue with this is that Joey is actually the youngest in the group. If we look back on season 1 in episode, “The One With The Birth,” he said he was 25. At this time, Monica is 26 and it’s presumed that Monica and Rachel are the same age because the two were besties all throughout high school. Ross is 39 in seasons 3, 4, and 5, plus his birthday changes. When he’s in the emergency room after breaking his hand he said his birthday is on October 18th, but back in season 2 he told Gunther his birthday was in December. The same thing happens with Rachel when she tells Gunther in the episode, “The One With Joey’s New Girlfriend,” that her birthday is in May, but later in season 7 she tells a police officer that she is an Aquarius (January – February). 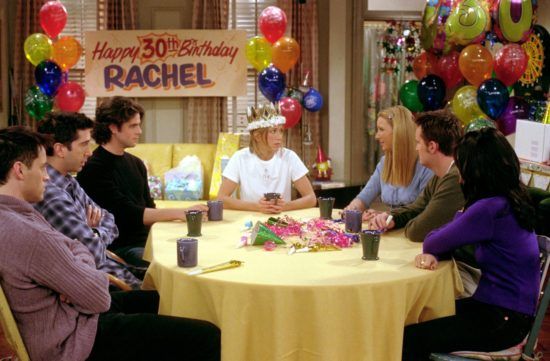 5. The Actor Who Played Phoebe’s Brother Played Another Character

Giovanni Ribisi appeared in season three as Phoebe’s brother, Frank Jr., but that wasn’t his first appearance on the show. He was in the season two episode six “The One with the Baby on the Bus.” Phoebe was playing her guitar outside Central Perk when Ribisi’s character dropped a condom in her guitar case. 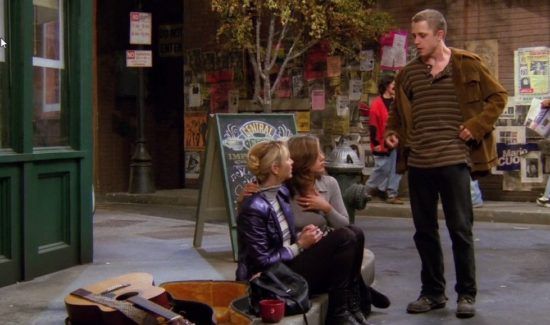 In season 10, the episode called “The One With the Late Thanksgiving,” Monica and Chandler lock their apartment door when everyone is late for their Thanksgiving dinner. But the problem is that Rachel manages to unlock the door with an old key “from when she used to live there.” This is impossible because back in season 8, the episode called “The One Where Rachel Tells…,” Joey and Phoebe accidentally lock themselves out of Monica and Chandler’s apartment after the two jet off on their honeymoon. In order get into the apartment, Joey tells the superintendent there’s a gas leak! Instead of wasting time to find the key, the superintendent breaks down the door and tells Joey and Phoebe that he’ll have to change the locks. Thus, Rachel’s old key from the first couple seasons wouldn’t have fit in the recently replaced locks.

3. Chandler Does Know How To Cry

The basic premise of the episode, “The One Where Chandler Can’t Cry” is based on the fact that Chandler hasn’t cried since he was a child and everyone accuses him of having no emotion. Throughout the entire episode, each of the friends tries to make him cry. However, there are many instances later on in the series when Chandler cries, but no one seems to remember the fact that he’s emotionally stunted. 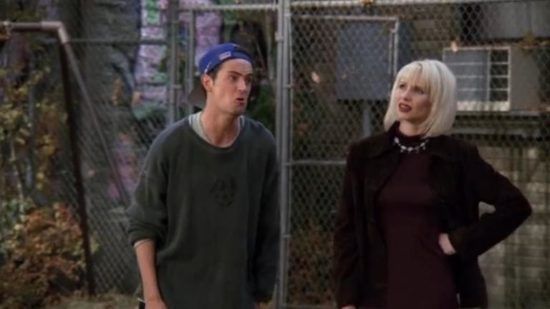 2. Chandler Knows How to Slip Money

We all remember the hilarious episode “The One with the Holiday Armadillo” back in season 7 when Monica asks Chandler to slip the host some money in order to get a table at a restaurant and Chandler can’t seem to pull it off smoothly. Chandler asks how she knows that will work and she said, her ex-boyfriend Richard used to do it all the time. Well, back in season 2, in the episode “The One Where Old Yeller Dies,” Chandler and Joey are obsessed with Monica’s new ‘cool’ boyfriend, Richard. The two are seen in the coffee house impersonating him by slipping money back and forth between them, and they can do it perfectly! Richard sees them and comments on how much better they are getting, implying that he taught them how to slip money into someone’s hand. 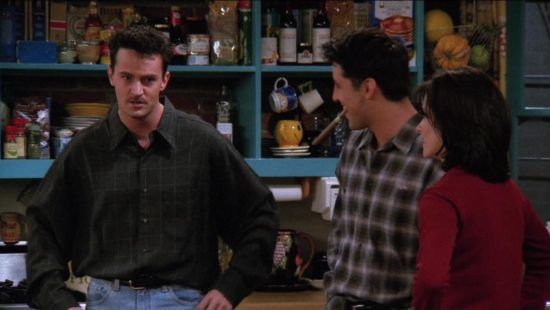 Here’s one of the biggest plot holes! Remember the entire episode “The One with George Stephanopoulos,” that was dedicated to Ross’ anniversary of losing his virginity to his ex-wife Carol? Well, later on in the series in season 7, “The One with Rachel’s Assistant,” Chandler accuses Ross of sleeping with the cleaning lady back in college, and Ross doesn’t deny it. He says, “Whatever dude, you kissed a guy.” Sounds like Carol wasn’t his first!