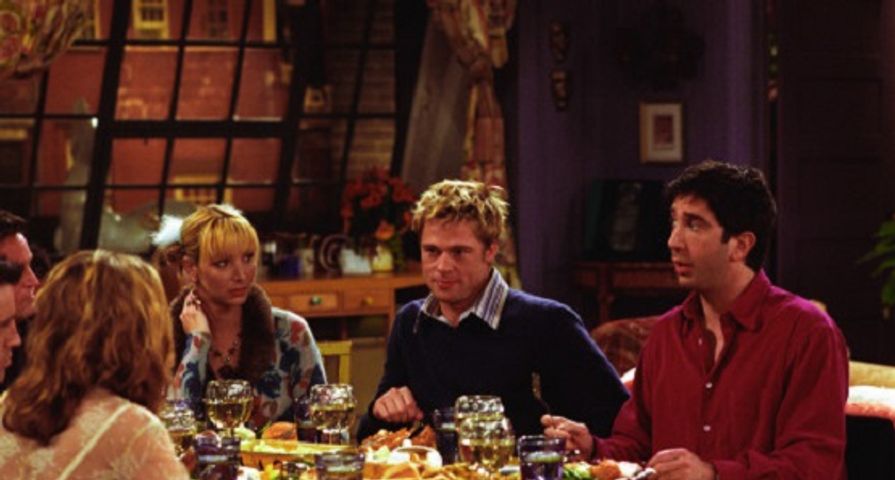 Thanksgiving means a lot of things including good food, good times with family, good football and for many TV fans, Friends, and not the kind you celebrate with. From 1994 to 2004, every Thanksgiving meant a new Friends Thanksgiving episode, and they have all gone down as 10 of the best episodes in the show’s entire episode canon. Although we may no longer get a new episode every year, it is always fun to look back at the many years of them that fans did get! While none of the Thanksgiving episodes were bad, some were better than others, leaving us with all 10 Friends’ Thanksgiving episodes ranked from worst to best:

Season two’s “The One With the List” is by no means a bad Friends episode, but it is the worst of the Thanksgiving episodes simply because it didn’t really have a lot to do with the holiday at all. While other episodes center around the day, this episode was the follow-up to Ross and Rachel’s epic kiss and focused mostly on their relationship with only a few mentions of the fact that it is Thanksgiving.

When it comes to the many amazing Thanksgiving episodes, it is safe to say fans will agree that season seven’s “The One Where Chandler Doesn’t Like Dogs” just doesn’t measure up. As to be expected the episode revolves around Chandler pretending to be allergic to dogs only to reveal he actually just hates all dogs. Instead of the friends themselves, this episode also has a lot to do with Tag, and it is mostly better when these holiday episodes focus on the group. It ranks slightly higher than season two’s episode because it gave fans the iconic Joey quote: “This is all a moo point…It’s like a cow’s opinion. You know, it just doesn’t matter. It’s moo.”

There are a lot of important relationships in Friends, but one that is extremely important to fans is Joey and Chandler’s friendship. With Joey enraged at Chandler and not talking to him about getting together with Kathy, this episode just wasn’t the best because no one wants to see Chandler and Joey fight. While it is a Thanksgiving episode, fans had to not only endure the Chandler and Joey fight, but also the awkward as could be interaction between Monica and Richard’s son Tim, and while it was a good episode, it was only okay in comparison to most of the other Thanksgiving episodes.

7. The One With Rachel’s Other Sister (Season 9)

It took all the way until season nine for fans to meet another one of Rachel’s sisters, and it was just in time for Thanksgiving! While it was awesome because the hilariously selfish Amy Green was played by Christina Applegate, it was also yet another Thanksgiving episode where the holiday was eclipsed by other events such as Amy being angry that she would not be the guardian of Emma if anything were to happen to Ross and Rachel. There is no doubt that the episode was funny, especially with Monica obsessing over the use of her wedding plates, but it was disappointing that for the episode being about a fight over Emma, and it being Emma’s first Thanksgiving, she actually didn’t appear in the episode.

Season six’s “The One Where Ross Gets High” is definitely loved by Friends’ fans, but there seems to be a divide over just how good of a Thanksgiving episode it is. It includes Jack and Judy Geller which is always a bonus in any episode and it almost entirely revolved around the dinner table which showed off the amazing cast chemistry and highlighted the holiday. As Monica aired all of Ross’s dirty laundry, revealing him to be the one who got high in his college dorm room (not Chandler), and it also gave the iconic Joey line, “What’s not to like? Custard? Goood. Jam? Goood. Meat? Gooood.” Many think this is the best Friends Thanksgiving episode, but when it comes down to it, it really isn’t as nearly as memorable as many of the others, leaving it at number six on our list.

5. The One With All the Thanksgivings (Season 5)

Over the many years of Friends, there were numerous flashback episodes, and while they also provided quality entertainment and a better look at the characters’ histories, season five’s “The One With All the Thanksgivings,” dedicated to Thanksgiving of their pasts, is absolutely amazing. Fans got to see Ross and Chandler with their Flock of Seagulls hairstyles; Monica before she lost the weight; and Rachel before her nose job, but it also gave way deeper insight into Monica and Chandler’s relationship. Watching Monica put a turkey on her head with sunglasses on it to cheer Chandler up is perhaps one of the most iconic Friends images of all, but the fact that it is the first time Chandler says “I love you” makes it all the more memorable. The only reason it lands at number five is because it doesn’t actually depict their current Thanksgiving properly.

4. The One Where the Underdog Gets Away (Season 1)

For many series and franchises, there is never anything better than going back to where it all began. Season one of Friends is where it all started which means it already holds a special place in the hearts of fans, but season one also means the very first time all the friends came together to celebrate the holiday because it sucks for them all. Monica and Ross are left by their parents who go to Puerto Rico; Chandler boycotts “all pilgrim holidays”; Phoebe celebrates in December with her grandmother; Joey isn’t welcome at his family’s table after unwittingly becoming the face of venereal disease after a modelling campaign; and Rachel misses her flight to Vail. It is a classic episode which shows the best of the friends who come together to help Rachel buy a ticket to go to Vail, some hilarious lines, and it is the very first of what would become a tradition for both the friends and their fans.

Food, family, friends, and football are all absolutely necessary on Thanksgiving and that is why season three’s “The One With the Football” finds itself as one of the best Friends’ Thanksgiving episodes. Fans were introduced to the infamous Geller Cup, and most importantly the episode focused on the six friends, and unlike some of the others, was not about just one relationship or one character. It is without a doubt hilarious to see every one of them get in on the sport just so they can be together even though some are not as skilled, interested, or competitive as others. Not only is it one of the greatest Thanksgiving episodes, it is also unique because it is one that is set mostly outside of the apartment, which is rare in the Friends world.

Just mention great Thanksgiving TV episodes, not even just Friends, and many will think of season eight’s “The One With the Rumor.” Sure, it had a lot of star power thrown into it with the addition of Jennifer Aniston’s then-husband Brad Pitt, but what made it amazing was that it was a Brad Pitt fans had not seen before. His chemistry with the rest of the characters in the episode was excellent, and he was without a doubt hilarious as Will Colbert. This one lands at number two for all of those reasons, but also because it gifted fans with some of the best Friends quotes including the “I Hate Rachel Green Club”; Phoebe’s “Oh come on, Will, Just take off your shirt and tell us;” Chandler’s “Everybody at my school heard it! You were the hermaphrodite cheerleader from Long Island?”; and of course Will’s “Look at her holding those yams. Those are our two worst enemies, Ross – Rachel Green and complex carbohydrates.” It was simply a great episode with so many laugh out loud lines there is no way to list them all.

1. The One With the Late Thanksgiving (Season 10)

The episode that many Friends fans also refer to as “The One with the Floating Heads,” there is simply no better Friends Thanksgiving episode than season ten’s “The One With the Late Thanksgiving.” After Monica doesn’t even want to host Thanksgiving because of the stress, she is convinced to do so only to have everyone except for Chandler wind up being late. Rachel and Phoebe take Emma to a baby beauty pageant while Ross and Joey go to a Rangers game, all the while Monica gets more and more infuriated with their tardiness. It is hilarious thanks to the floating heads, and the excuses being made out in the hall as they fight with Monica and Chandler through the door, and the moment where Joey tries to make it look like he and Ross had been mugged by tearing the pocket off Ross’s shirt is absolutely priceless. What makes the great episode even better is that it is also when Monica and Chandler find out there is a woman who is interested in them adopting their baby which eventually brings them all together.