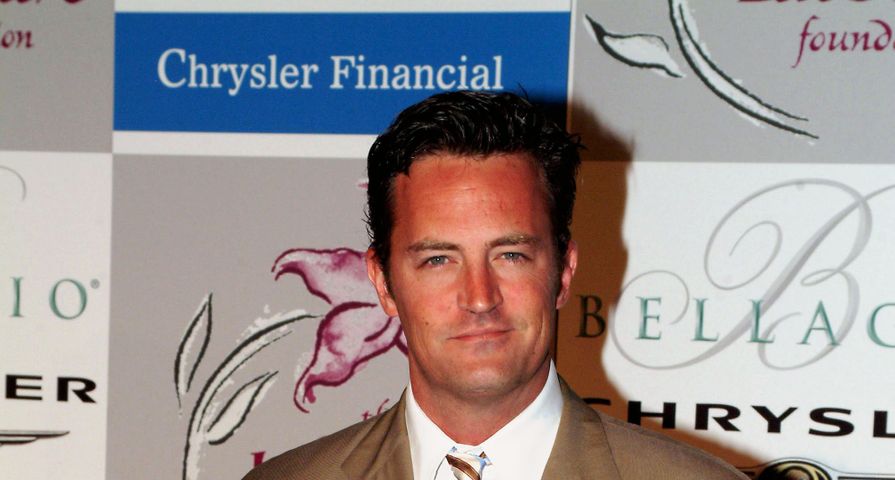 Matthew Perry will forever be recognized as Chandler Bing from the long-running NBC hit series Friends. He’s done his best to break the mold and tried out many other short-lived sitcom series and appeared in a few films, but he’s never once again reached the status he once had while co-starring on Friends. Today, Perry has evolved in his career and seems to be doing quite well! Fans of his have watched him move on from his tumultuous past to become a successful writer and actor. Now he’s more often seen as an advocate working toward bettering the lives of addicts, writing scripts, producing and starring on a revival sitcom called The Odd Couple and most recently taking on the lead role in his new play production called The End of Longing at the Playhouse Theatre in London. Perry has definitely been keeping busy with his career! In honor of his upcoming birthday, we’ve decided to take a look at 8 things fans might not have known about Matthew Perry!

Matthew Langford Perry attended a private school in Ottawa, Canada where he was raised. His mother, Suzanne Morrison, was the press agent for Prime Minister Pierre Trudeau in the ’70s and ’80s and his father, John Bennett Perry, was an American actor and model. His father actually appeared in an episode of Friends. He was the father of one of Rachel’s boyfriend, Josh, in the episode titled, “The One with Rachel’s New Dress.” Despite being raised in Canada, he was born in Williamstown, Massachusetts, but his parents divorced before he even turned 1-years-old. His mother remarried Keith Morrison, a broadcast journalist, and moved to Canada. He had four younger sisters and one younger brother. He lived in Canada with his family and step family until he was 15.

Matthew Perry has said in interviews before that if he wasn’t an actor he would have been either a screen writer or a tennis player! The screen writer one isn’t all that far off considering he’s got some writing credits to his name, but the idea of him being a tennis player was surprising to some. However, looking into his past, when he was only 13-years-old, he used to play tennis competitively and was nationally ranked in Canada. He tried to carry his interest over when he moved to the states, but he said he was never good enough to qualify. In an interview with Men’s Health he talked a bit about it and said, “I was a very good tennis player in Ottawa, Canada — nationally ranked when I was like, 13. Then I moved to Los Angeles when I was 15, and everyone in L.A. just killed me. I was pretty great in Canada. Not so much in Los Angeles. It was insane. I realized I wouldn’t be playing tennis for a living, so I went for acting…I’m hoping the competitiveness that I had as a tennis player is gone now as I get older. When I was in my 20s, I wanted to do better than everybody else. Now, I just sort of want everybody to be successful,” he said.

It all started after a bad skiing accident in 1997. He went to the doctor who handed him a prescription. Matthew Perry did his first rehab stint in 1997 for a Vicodin addiction. He checked in for 28-days. Later in life he admitted that 28 days isn’t long enough to overcome a 30 year addiction. He was back in rehab for an addiction to opioids and alcohol in 2001. In 2002 he was hospitalized while working on the set of Serving Sara alongside Elizabeth Hurley. After he got out of the hospital he checked into rehab once again. Throughout his addiction he also suffered from weight gain and loss. At one point he weighed only 145 pounds. In a recent interview on BBC Radio 2, Perry admitted that because of his substance abuse addiction he couldn’t answer the question of what episode was his least favorite on Friends. “I think the answer is I don’t remember three years of it. So none of those…somewhere between season three and six,” he said. Despite struggling with addition for many years while filming, Perry said he never let it affect his ability to show up. “I was never high at work. I was painfully hung over. Then eventually things got so bad I couldn’t hide it and everybody knew.”

On the show Odd Couple, Matthew’s character Oscar has a sports ticker running through his living room. He got the idea after he saw a sports ticker tape in another home. He was shocked that people were allowed to have these in their home and he immediately went out and bought one for himself! He then also wrote it into his show. When asked why he has one in his home he said, “It’s called being spoiled rotten.” Well, at least he’s honest! As a Canadian, his favorite MLB team is the Toronto Blue Jays and his favorite NHL team is the Ottawa Senators. When it comes to football, he cheers for the New England Patriots!

Matthew Perry revealed that he almost missed the audition for Friends because he was working on an awful show called LAX 2194. He told Seth Meyers on Late Night that the show was so bad even it’s own network which was FOX called the show “the worst thing we’ve ever seen in our lives,” said Perry. He continued on to describe that the show was all about “baggage handlers at the [Los Angeles] airport in the year 2194. I was wearing a futuristic shirt, and little people played the aliens. I had to sort out the aliens luggage. That was basically the show.” After he committed to this project, he came across the script for Friends and was furious that he was trapped at the airport while the auditions were going on. He loved the script so much that he approached FOX to see if he could try out for “your little show called Friends Like Us.” When he auditioned for the role of Chandler he didn’t even need a script because he knew the pilot off by heart. He had been practicing with a friend and memorized the whole thing. His audition was on a Friday and he began working on the following Monday. He was only 24-years-old when he got the job and was shot into stardom. At the peak of the show he was earning a salary of $1 million per episode!

In 2013 he turned his former Malibu home into a sober living facility called the Perry House. His inspiration comes from his time at the Phoenix House, a California-based treatment center. “At Pheonix House, I was very moved by the hope that I saw there, which is what this is all about. Getting sober is a really hard thing to do,” Perry said. Instead of acting, which he still does, Perry is now much more focused on being an advocate in the court system. As a celebrity spokesperson for the National Association of Drug Court Professionals, Perry went to Capitol Hill to lobby members of Congress in support of funding for drug courts. He was able to raise $45 million! Perry also pushes for nonviolent drug offenders in a rehabilitation facility rather than jail. In May 2013 he received a Champion of Recovery award from the White House Office of National Drug Control Policy for opening the Perry House.

It’s not surprising to learn that Matthew Perry has a wicked sense of humor. Off-screen Perry is quite well known for his quick wit and sharp tongue which is something he shares with his beloved character on Friends. Out of all the six leading actors on the sitcom, Matthew Perry was the only one who was allowed to sit in on the screenwriting process. It’s been reported that some of his gags and jibs were so good the writers just had to include them in the script. He’s been the ‘funny guy’ ever since he was a kid. “That happened back in school. I would joke around a lot. I’d fall down. I’d tell jokes. I liked the feedback. I loved making girls laugh. It felt good. When I was, like, 15, I realized there could be a career in making people laugh–like, you could get paid to do it. That was insane to me,” he said.

The more we read about Matthew Perry the more we realize how much he’s like his character, Chandler Bing, on Friends! First the witty sense of humor, the awkwardness around girls, and now an odd imperfection? To be fair, Perry does not have a third nipple or nub like Chandler, but he does have some pretty odd fingers. When he was really little his grandfather accidentally shut a car door on Matthew’s hand. He’s now missing a small part of his middle finger on his right hand. When asked about it during an interview in Esquire he hilariously said, “Yes, I can only tell people to ‘F-ck up.” At least he has a good attitude about it!