Home » Entertainment » TV » Cast of The Hills: Where Are They Now? 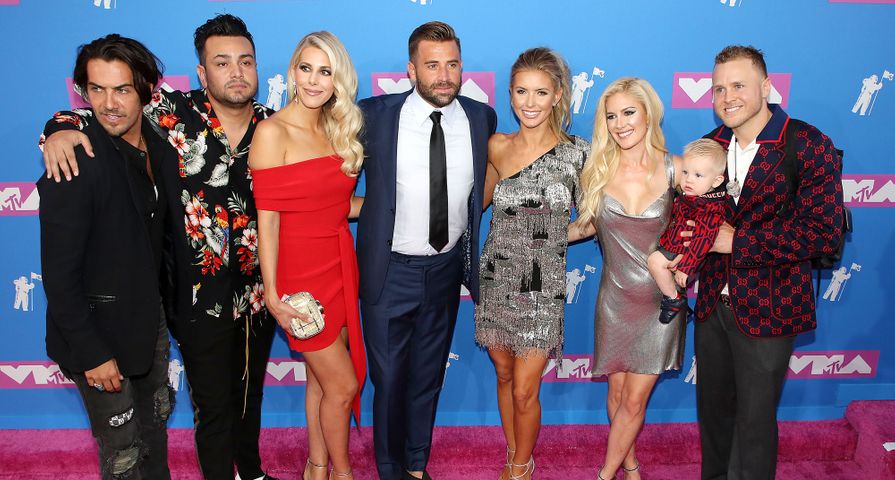 Between 2006 and 2010, The Hills reigned as one of MTV’s best reality series featuring the lives and loves of young, beautiful people in Los Angeles, California. Although “The Hills,” a spin-off series from “Laguna Beach: The Real Orange County,” focused on Lauren Conrad, she had a full cast that inhabited the world of the show as well and after her exit Kristin Cavallari stepped into the lead. So what exactly happened to these reality television characters after “The Hills” ended? Fans are about to find out with the revival series The Hills: New Beginnings! Check out where the stars are now:

Kristin Cavallari joined “The Hills” for just 23 episodes from 2009-2010 during the fifth season. Cavallari’s first appearance found her catching the bouquet at Heidi Montag and Spencer Pratt’s wedding ceremony. Kristin Cavallari parlayed her reality TV celebrity into appearances on other popular television programs such as: “America’s Next Top Model,” “Dancing with the Stars” and “Cupcake Wars.” In 2013 she married NFL quarterback Jay Cutler and together they have welcomed three children: Camden, Jaxon and Saylor. Cavallari returned to reality TV in 2018 with her E! show Very Cavallari, which follows her and her husband managing their fashion and lifestyle brand, Uncommon James, in Nashville after Cutler’s NFL retirement. Since she is busy with her fashion line and her own reality series, Cavallari won’t be participating in The Hills revival.

As the star of “The Hills,” Lauren Conrad’s internship at Teen Vogue was the transitional point that spun her appearance on “Laguna Beach: The Real Orange County” into “The Hills.” Since the show’s conclusion Lauren Conrad has established a successful publishing career with a collection of books that includes: “L.A. Candy,” “Sweet Little Lies,” “Sugar and Spice,” “Lauren Conrad Style,” “The Fame Game,” “Lauren Conrad Beauty,” “Starstruck” and “Infamous.” Conrad has also established a successful design career, producing many clothing lines for Kohls, a bedding collection for Kohls and her own fashion line, Paper Crown.  Conrad married musician William Tell in 2014, and the couple welcomed a baby boy, Liam James, in July 2017, and as she moves forward with her life, she has decided not to participate in the revival but said she wishes them all the best.

Heidi Montag and Spencer Pratt are the couple from “The Hills” that got married while the cameras were rolling. In 2010, Spencer Pratt was arrested in Costa Rica for attempting to enter an aircraft with hunting weapons and has also unfortunately filed for bankruptcy. Heidi Montag has made several television appearances as herself on “Famous Food,” a movie cameo in “Just Go with It” and in a documentary called “Speidi: Scandals, Secrets and Surgery.” Both appeared on reality TV series I’m a Celebrity Get Me Out of Here and Celebrity Big Brother. In early 2017 Speidi announced they were expecting their first child and welcomed their son Gunner in October of that year. Both of the Pratts have agreed to be on The Hills: New Beginnings.

Brody Jenner is the son of Olympic decathlete Caitlyn Jenner and step brother to reality star Kim Kardashian and her famous sisters. Jenner took his experience as a cast member on “The Hills” into hosting and producing his own spin-off from “The Hills” called “Bromance,” which followed Jenner’s attempt to replace his ex-best friend Spencer Pratt. Brody Jenner’s connection to the Kardashian clan came in handy as he has also made multiple appearances on “Keeping Up with the Kardashians.” In 2018 he got married to lifestyle blogger Kaitlynn Carter and has been working as a DJ, and while a deal isn’t set, he is reportedly going to be a part of the revival.

“The Hills” proved to have another author in its midst besides Lauren Conrad. After Lo Bosworth concluded her reality show appearances in both “Laguna Beach: The Real Orange County” and “The Hills” as Lauren Conrad’s close friend and a classmate of Kristin Cavallari, Lo Bosworth published a book entitled “The Lo-Down” that focused on dating and relationship advice gleamed from herself as well as her follow cast members. She’s currently the co-founder of Revelry House and moved to New York City where she graduated from the International Culinary Center. She has also made appearances as herself on shows including Chelsea Lately and Unique Sweets. Bosworth made it clear she wouldn’t be returning for the revival. “I was like, ‘F—k no!'” she recalled. “I don’t want any association with any of those people. The dissociation from all those people is what I’m hungry for.”

Model/actress Audrina Patridge rode the wave of immense popularity that she accrued from appearing in “The Hills” as a good friend of both Heidi Montag and Lauren Conrad. “The Hills” proved to be a prominent springboard to catapult Patridge’s career into a wider stratosphere. Since the end of the show, Audrina Patridge has appeared in “MAD TV,” “Family Guy,” “Do Not Disturb,” “Dancing With the Stars,” “Celebrity Ghost Stories” and even her own reality television show called “Audrina.” 2016 was a big year for Patridge as she and her then-fiance Corey Bohan welcomed their daughter, Kirra Max Bohan, on June 24, 2016 and only a few months later the pair married in November. In late 2017 the pair went through a messy split and now share custody of their daughter. Audrina has signed on to be a part of The Hills: New Beginnings, and fans are hoping to get a glimpse of her rumored revamped relationship with ex-boyfriend Ryan Cabrera.

On “The Hills,” Whitney Port expressed her love of fashion that seems to run in the family with her father being Jeff Port, the owner of the fashion brand “Swarm.” Whitney Port did a bit of runway modeling on the show and worked as an intern at “Teen Vogue,” “Women’s Wear Daily” and “W” magazine. After “The Hills,” Whitney relocated from Los Angeles to New York City with her own MTV series called “The City.” Aside from television appearances in “Family Guy,” “America’s Next Top Model” and the movie “What to Expect When You’re Expecting,” Port also published a celebrity lifestyle book called “True Whit: Designing a Life of Style, Beauty, and Fun.” In 2015, Port married former The City producer Tim Rosenman and two years later they welcomed their first child, Sonny Sanford, on July 27, 2017. Port has confirmed that she will be a part of the new revival series!