Home » Entertainment » Celebrities » Forgotten Actresses From The ‘80s: Where Are They Now? 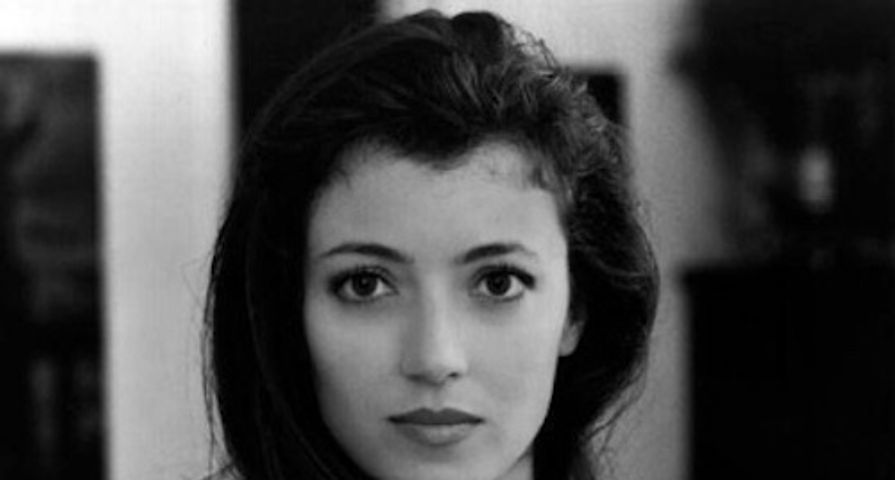 Lori Singer is best remembered for playing Ariel Moore, the preacher’s rebellious daughter in Footloose. Since the ‘80s, she has continued to act sporadically. In 2013, she executive produced the documentary Mea Maxima Culpa: Silence in the House of God with Sheila Nevins, HBO, and Jessica Kingdon. It won three prime-time Emmy awards for Exceptional Merit in Documentary Film Making, Outstanding Writing, and Best Editor.

Kelly McGillis found fame during the ‘80s thanks to films like Witness, Top Gun and The Accused. Although she appeared in dozens of film and television roles during the ‘90s, none were as high profile as her roles during the ‘80s. She briefly turned her back on fame, choosing to get married and start a family instead. Since the 2000s, she has continued to act sporadically; however, these days she spends most of her time counseling women with drug and alcohol problems at Camden County jail near her New Jersey home and teaching acting at The New York Studio for Stage and Screen in Asheville.

Amanda Wyss rose to fame during the ‘80s thanks to her roles in A Nightmare on Elm Street, Fast Times at Ridgemont High, Better Off Dead and Powwow Highway. Since then, she has mostly worked in television in shows like Cold Case, CSI, and Dexter.

Phoebe Cates is best known for her roles in two ‘80s classics – Fast Times at Ridgemont High and Gremlins. In 1994, she retired from acting so that she could raise her child and she’s only stepped out of retirement once for the film The Anniversary Party. In 2005, her career took a new direction when she opened a boutique on New York’s Madison Avenue called Blue Teal.

Claudia Wells played Jennifer Parker, Marty McFly’s girlfriend in the original Back to the Future movie; however, she did not reprise her role in the two sequels because her mother had been diagnosed with cancer and family took precedence over films. Although she did return to the small screen for some TV movies during the ‘80s, she stopped acting completely afterward. One of the last roles she took was in 2011 for the independent science-fiction film Alien Armageddon. While she continues to take acting jobs here and there, she also owns a high-end menswear re-sale shop called Armani Wells in Studio City, California.

As a teen, Kerri Green was quite active in Hollywood. She acted alongside John Candy in Summer Rental and played the pretty cheerleader Andy in Goonies. After filming Lucas, Three for the Road and Blue Flame, she took a break from acting to study art at Vassar College. She has since co-founded a movie production company, Independent Women Artists; however, her acting days, for the most part, are over.

Debra Winger started her career on the small screen in the television series Wonder Woman, but she achieved big screen success in the ‘80s with the films An Officer and a Gentleman and Terms of Endearment, both of which earned her Academy Award nominations. While she continued to work during the ’90s and even earned another Academy Award nomination for her role in the 1993 film Shadowlands, over the years, she acquired a reputation for being difficult to work with and then faded from the spotlight. After leaving Hollywood, she was a teaching fellow for one semester at Harvard, wrote a memoir called Undiscovered, was co-executive producer of the Academy Award-nominated documentary Gasland, and was also the executive producer of the 2012 documentary Bel Borba Aqui. She most recently appeared in the movies, Boychoir and The Lovers.

Ally Sheedy was one of the members of the group of ‘80s actors and actresses known as the Brat Pack. She made her debut in the 1983 film Bad Boys alongside Sean Penn but became more widely known thanks to her roles in The Breakfast Club and St. Elmo’s Fire. After the ‘80s, her career cooled down considerably. She has continued to act both on the big and small screen. Some of her most recent roles were in the movies Fugly! and Little Sister and the television series Psych.

Daryl Hannah rose to fame in the ‘80s with roles thanks to her roles in Blade Runner, Splash, Steel Magnolias, and Wall Street. While her career died down in the ‘90s, she made a bit of a comeback with her roles Kill Bill: Volume 1 and Volume 2 during the early 2000s and received critical acclaim for her performance; however, the films failed to boost her career long-term. According to her, most of the roles she was offered after since Kill Bill were “crap.” Her most recent role was in the Netflix show Sense8.

Justin Bateman’s career took off when she was still a teenager and landed the role of Mallory Keaton on the ‘80s sitcom Family Ties, which earned her two Emmy Awards and a Golden Globe Award. While she continued to act during the ’90s, her career wasn’t nearly as hot as it was during the ‘80s, and in 2000, she took a break from Hollywood and founded her own clothing company, and in 2011, she enrolled at UCLA and earned a degree in Computer Science and Digital Media Management. She’s continued to appear on the small screen since her heyday. She’s appeared in episodes of Men in Trees, Californication, Desperate Housewives, and Easy to Assemble.

Bo Derek became a sex symbol in the ‘80s thanks to her bikini-clad role in 1979 film 10, which featured her running down the beach in a flesh-colored swimsuit. After this role, she appeared in Tarzan the Ape Man and Bolero, which both received negative reviews. She then took a five-year break and returned with the film Ghosts Can’t Do It, which was another flop. While she’s now semi-retired from acting, she’s become a horse activist and a wounded veterans activist.

During the ‘80s, this Danish beauty became an icon thanks to her roles Red Sonja alongside Arnold Schwarzenegger and Rocky IV, and her brief marriage to actor Sylvester Stallone. She has since built a long-lasting career starring in B movies and hosting television shows and has appeared in reality shows including Strange Love with her boyfriend at the time Flavor Flav and Rehab with Dr. Drew.

Sean Young made a name for herself in the ‘80s with roles in Blade Runner, Dune, No Way Out, Wall Street and Cousins. She also developed a reputation for being difficult to work with after she clashed with Oliver Stone while filming Wall Street. During the ‘90s, she spent most of her time away from the spotlight, living in Sedona, Arizona. While she has continued to work since the ‘80s, most of her roles have been in independent films and as a guest star in various television series.

During the ’80s, Lisa Bonet’s career was really on the rise. She had a role on The Cosby Show and then in its spin-off, A Different World. However, after her sexually suggestive performance in the movie Angel Heart and after posing in a couple of risqué spreads in Interview magazine and Rolling Stone, her career began to stall. She left A Different World because she was pregnant with her daughter Zoe and then was fired from The Cosby Show due to “creative differences.” She has continued to act since then, but the roles are few and far between.

Cindy Morgan – best known for her roles in Caddyshack and Tron – hasn’t had much of a career since her heyday. She’s acted here and there in short films like “Summer Waters” and “Empty Sky.” She currently resides in Florida and is working on a book about her experiences filming Caddyshack.

Mia Sara – best known for her roles in ‘80s classics like Ferris Bueller’s Day Off and Legend – has continued to act throughout the years; however, none of her subsequent roles compare to the two that made her famous. For the most part, she’s retired from acting and instead spends her time at home with her two children or writing poetry.