Home » Entertainment » Celebrities » 15 Former HGTV Hosts: Where Are They Now? 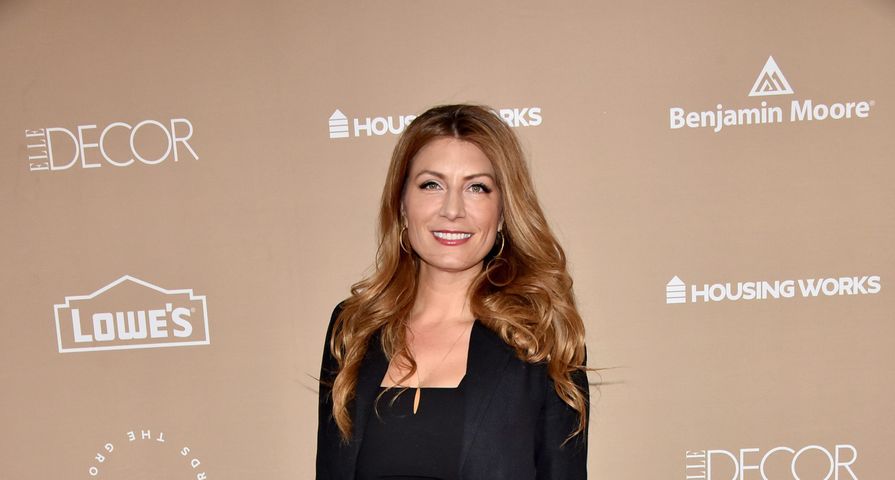 Home & Garden Television, also known as HGTV, is one of the most-watched channels on television with a ton of shows directed at remodeling, gardening, crafts and design. One of the reasons this channel has become so popular is because of budding stars like Chip and Joanna Gaines, Drew and Jonathan Scott and Tarek and Christina El Moussa. But what about the popular stars who started it all? We’ve compiled a list of 15 former HGTV hosts to see where they are now!

This savvy designer hosted Design on a Dime for 10 seasons. When she left the show she landed a regular gig on The Rachael Ray Show, the Today Show and The Talk as a design expert. In 2012 she landed her own show on the OWN network called Super Saver Showdown which lasted until 2013. Cunningham no longer appears on TV, but as of 2015, she and her husband became owners of a design studio in downtown Los Angeles called Hammer and Spear.

Suzanne Whang was the face of House Hunters from 1999 to 2007. When she left the HGTV network she began to focus more on her flourishing acting career and landed small roles on General Hospital, Don’t Tell My Mother and The Secret Life of the American Teenager. Outside of acting, she’s worked as a storyteller around Los Angeles, and shared her experience as a survivor of breast cancer. In October 2013, she married her longtime boyfriend, fellow actor and teacher Jay Nickerson.

We’re pretty sure no one needs to be told what Chris Harrison is up to now since he’s been the face of ABC’s widely popular Bachelor franchise since 2002. Before that Harrison held various hosting gigs throughout his career beginning with HGTV’s Designer’s Challenge in 1999. After that he moved onto the short-lived Mall Masters and Who Wants to be a Millionaire. He’s also exercised his hosting chops with award shows like the American Music Awards, and red carpet coverage at the 2009 Primetime Emmy’s. His most prominent role by far has been in ABC’s Bachelor franchise which includes The Bachelor, The Bachelorette, Bachelor Pad, Bachelor Live, Bachelor In Paradise and Bachelor In Paradise: After Paradise.

Matt Fox and Shari Hiller are two of the most memorable stars because they were the hosts of HGTV’s very first show, Room by Room, which aired on the network from 1994 to 2006. Not only are they the first hosts hired on by the network, but their show is the longest running decorating show in history with over 350 episodes. When the show ended they took a much needed break from filming, but in 2010 went on to host Around the House with Matt and Shari on PBS. They also created their own company, FoxHill Studios.

This beloved HGTV host first made her mark on the design world as one of the original designers on TLC’s Trading Spaces, but it was her Dear Genevieve show that made her an HGTV star. Even though her show aired its last episode in 2010, she’s still heavily involved with the network. Gorder hosted Genevieve’s Renovation in 2014, and sat as a judge on HGTV’s Design Star. Today she runs a design company in New York City, where she lives with her daughter.

Carol Duvall is a well known host from HGTV as she hosted the long-running Carol Duvall Show from 1994 to 2005 on HGTV, and from 2005 to 2009 on the DIY Network. Since the show ended Duvall has taken a step back from the limelight and no longer appears on television. She prefers to travel and has turned her focus to writing.

After hosting Property Virgins for 10 seasons, Sandra Rinomato left the show in 2012 to start her own show called Buy Herself which aired on HGTV Canada. The show didn’t last very long; it ran from 2012 to 2013 and featured women buying real estate, usually for the first time. Even though the show isn’t on the air anymore, Rinomato still works as a real estate agent in Toronto for her own company, Sandra Rinomato Realty Inc., and regularly appears on television as an expert in the business.

Brice Cooper wasn’t an HGTV host for long, but he definitely made his mark on the channel! He was both a host and a designer on Design on  Dime for several seasons, but left the show in 2007 to pursue his new career as a pro racer.

She helped homeowners renovate their space for eight years as the host of Divine Design on HGTV. When the show was cancelled in 2011 she began focusing on the business end of things with her own brand of home products under the Candice Olson Collection and began appearing on shows like Candice Tells All and HGTV’s Design Star as an expert. Olson also wrote two books, Candice Olson on Design and Candice Olson: Kitchen & Baths.

Emily Henderson landed her own show Secrets from a Stylist after she won HGTV’s Design Star. Even though the show ended in 2012, Henderson is still very active in her career. According to her webpage, she wrote and published the book “STYLED” and started her own design firm, Emily Henderson Design. Her focus is now on her popular style blog Style by Emily Henderson.

This eccentric designer hosted the HGTV series Kitty Bartholomew: You’re Home for eight years! The show began in the mid ’90s and ran until the early 2000s. Since the show ended she’s kept a low profile and taken a similar route as many other former hosts on this list. She turned to writing and has since published two books, “Designer Knitting With Kitty Bartholomew” and “Kitty Bartholomew’s Decorating Style.”

Paul James was a familiar face on HGTV for a long time. He began hosting Gardening in the Yard in 1996, and continued on with the show until it was cancelled in 2009. Not much is known about him since the show ended. He removed himself from the spotlight almost entirely by shutting down his website and social media, but he does make periodic appearances to promote gardening.

A prominent New York designer, Chris Madden, hosted Interiors by Design on HGTV until it was cancelled in 2003. Since the show ended Madden has focused on growing her business and in 2010 was appointed as a trustee at the Fashion Institute of Technology. In addition to her work with FIT, she published the book “Chris Madden – The Soul of a House: Decorating With Warmth, Style and Comfort.”

This British designer was the host of HGTV’s Designing for the Sexes until it was cancelled in 2011. After the show was pulled from the channel, he continued to share his knowledge, but this time through his interior decorating business in Los Angles, which is where he currently lives with his wife.

Joan Steffend was the enthusiastic and energetic host of Decorating Cents which focused on helping clients decorate a room on the strict budget of $500. The show ran for 400 episodes, but since it was cancelled, Steffend’s career took a whole new direction. According to her blog, she’s taken a more “spiritual” direction with her career by founding the nonprofit, Peace Begins With Me. She also wrote the two books, “And She Sparkled” and “Peace in Peace Out.”