Things You Probably Didn’t Know About ‘The Hills’ 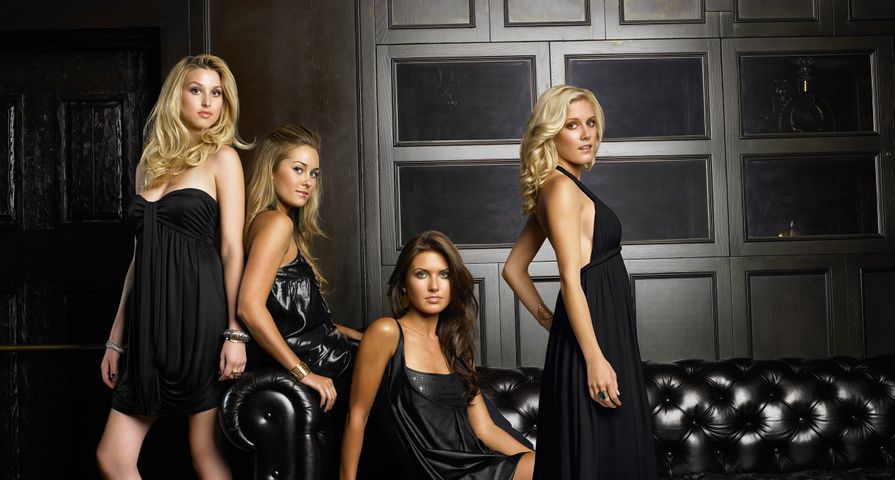 Starting out as a spinoff of Laguna Beach: The Real Orange County, MTV’s The Hills aired from 2006 to 2010 and followed the comings and goings of six young women in California as they pursued careers, relationships, and developed friendships, as well as frenemies. The first four and a half seasons concentrated on Lauren Conrad and her roommate Heidi Montag. Their friends Audrina Patridge and Whitney Port made regular appearances along with Lo Bosworth and Spencer Pratt. Kristin Cavallari took over for Conrad in the fifth season, but the show only lasted another season and a half before being cancelled and still stands as one of the classics in the surge of “reality” television. Check out 15 Things You Probably Didn’t Know About The Hills.

While The Hills is supposed to be a reality TV show, it became a scripted reality show after Lauren Conrad made her exit in 2009.

It is typical for many families in Laguna Beach to give their children cars as graduation presents. Lo Bosworth, Conrad’s former roommate, received a Volkswagen Jetta from her parents, which she sold for $15,000 on eBay.

After taking his final bow on The Hills in 2010, Spencer Pratt was in anger management because he had threatened to kill a Hills’ producer. His behavior didn’t improve and both he and Heidi Montag were not welcome back on the set.

In 2014, Audrina Patridge dropped the bomb on E! News by stating that the drama on The Hills was completely fake. While at the beginning a lot of the scenes were real, as the series progressed Patridge said “it was very manipulated and guided and you’re kind of put in these scenarios where you would show up and you didn’t know what you were in for until you were there, and you wanted to run out but they lock the door on you.”

Lauren Conrad has many hidden talents including writing. She is the author of Sweet Little Lies: An L.A. Candy Novel (2010).

Heidi Montag married her boyfriend Spencer Pratt on November 20, 2008 in Mexico. However, the nuptials were purely symbolic since there was no marriage license. This may have worked out well for the couple since they were featured on Marriage Bootcamp.

Producers wanted everyone’s reactions to be genuine when Lauren Conrad and Kristin Cavallari make their surprise appearances at Heidi Montag and Spencer Pratt’s wedding in season five. However, while waiting to make their entrances, the venue lost power and Conrad and Cavallari were stuck in the dark for two hours.

Who could forget the hot and heavy and often dramatic romance of Lauren Conrad and Jason Wahler. While dating, Conrad got a tattoo of the letter J for Jason, but after their 2006 breakup, Conrad decided to change the J to an L.

While filming The Hills, Whitney Port was a fashion contributor for Teen Vogue and was Lauren Conrad’s fellow Teen Vogue intern. However, her college degree is in gender studies, which she received from the University of Southern California in 2007.

After The Hills ended in 2010, Brody Jenner dated Canadian pop star Avril Lavigne. On November 6, 2011, both were involved in a fight at the Hollywood Roosevelt Hotel. It was reported that they fought with five other people and came out of it with bruises, scrapes, and a trip to the hospital.

In 2014, Lauren Conrad said ‘I do’ to William Tell in California. Former Hills and Laguna Beach castmate Lo Bosworth was one of her nine bridesmaids.

After Conrad left The Hills in 2009, she was replaced by Kristin Cavallari as the lead. The storyline depicted Justin Brescia as Cavallari’s love interest and Brody Jenner was portrayed as her ex-boyfriend. Cavallari explained to Ryan Seacrest in 2011 that both relationships were fictitious. She began dating Chicago Bears quarterback Jay Cutler in 2010 and after one cancelled engagement in 2011 they eventually married in June 2013 and have three children together.

Whitney Port left The Hills to move to New York and work with Diane von Furstenberg. Her move inspired the spinoff The City with Adam Senn, Jay Lyon, and Olivia Palermo. However, it failed after two seasons. In 2012, Port was a judge on Britain and Ireland’s Next Top Model.