Home » Entertainment » TV » Popular Bachelor Leads: Where Are They Now? 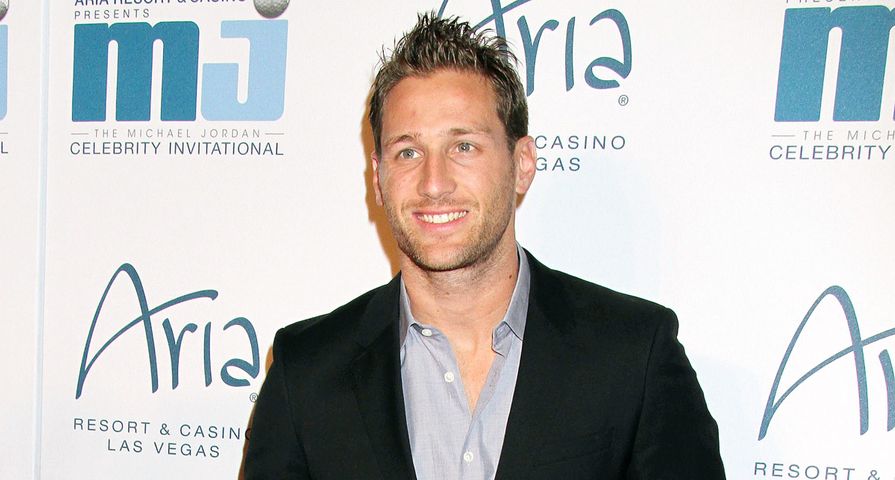 The Bachelor launched back in 2002 and over the years, we have become attached to many of the men that have given us some hope of a romantic future! This list takes a look back at some of the most popular bachelors to see what exactly they’ve been up to since their time on the series.

It’s been quite a few years since we said hello to our first bachelor ever, but Alex Michel has done okay for himself since the launch of the show. After he turned down our beloved Trista Rehn he selected Amanda Marsh, but the relationship fizzled after only a few months. He then worked as a spokesperson for Match.com and guest starred on The Re-Run Show. We’re sure he’s continued to put his Ivy league education to good use. This bachelor was educated at Harvard and Stanford and has worked as a television producer and a management consultant. Guess that’s what made him so eligible! 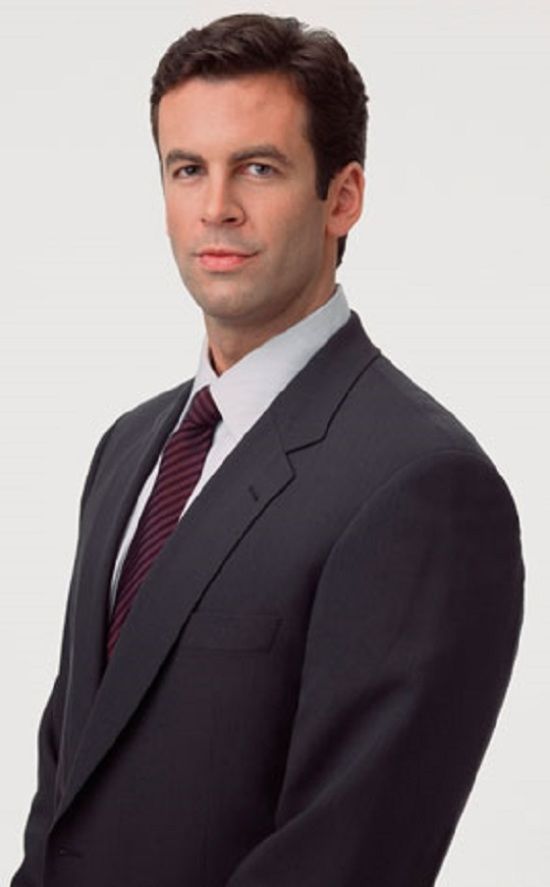 America fell in love with Bob while he competed for the love of Trista Rehn, but when she sent him home we knew we just hadn’t seen enough. Bob was cast in the 4th season of The Bachelor and he wound up choosing Estella Gardiner. Unfortunately, it was not happily ever after for this couple, but Bob moved onto All My Children star, Rebecca Budig. The couple married in 2004, but split 6 years later. Bob has continued to pop up on our television screens, acting as a field correspondent for The View, E!, and TV Guide Channel. He often performs with his band, Band from TV that includes other recognizable faces like Hugh Laurie. He currently hosts a real estate makeover show on TLC, Date My House. 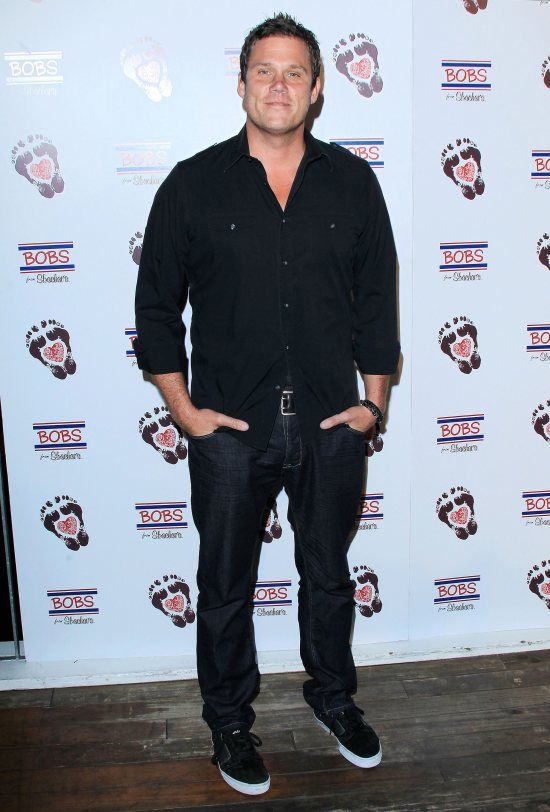 This pro football player was a hunk of an eligible bachelor and he won audiences’ hearts in season 5 of The Bachelor. Instead of offering the recipient of the final rose, Jessica Bowlin, an engagement ring, Palmer offered her a one-way ticket to New York to see how things go. Jesse took a lot of heat for this move! Bachelor creator Mike Fleiss wasn’t happy about this, saying, “It was a cop-out. As a bachelor, Jesse was about as good as he was an NFL quarterback — not that great.” Ouch! But the relationship didn’t last long, so It appears that an engagements wouldn’t have been a wise move. Palmer has gone on work as a college football analyst for ESPN/ABC in the US, and a football analyst for ESPN in Canada. 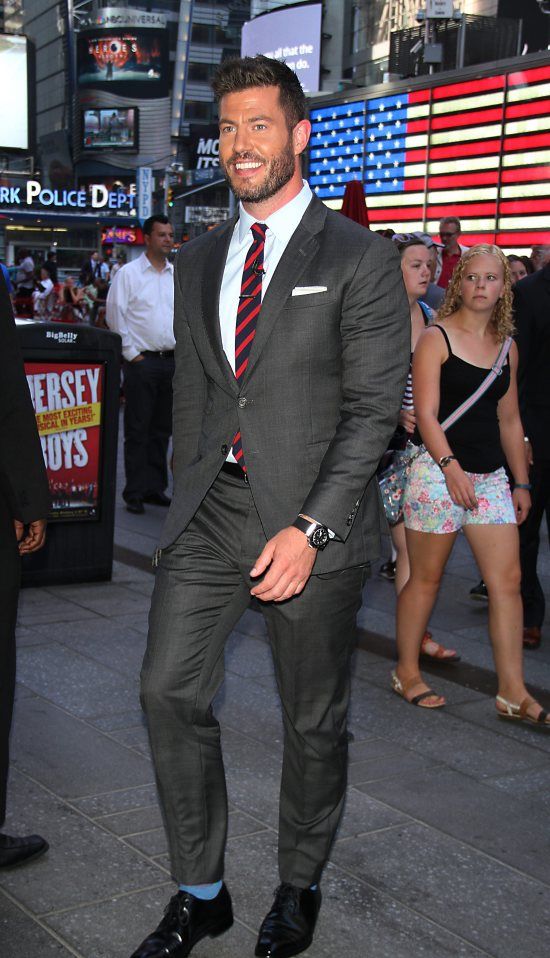 Charlie O’Connell gave a season of binge drinking that is forever impressed upon our memories. While he didn’t make the best bachelor, his season was memorable to say the least. After doing body shots and living it up in Mexico, Charlie selected Sarah Brice as his wife-to-be. Unfortunately, they split in 2007, and even though they rekindled their romance in 2008, they broke up again in 2010. Charlie has continued in his acting career since his time with The Bachelor franchise and has had small roles on his brother, Jerry O’Connell’s projects like Sliders and Crossing Jordan. 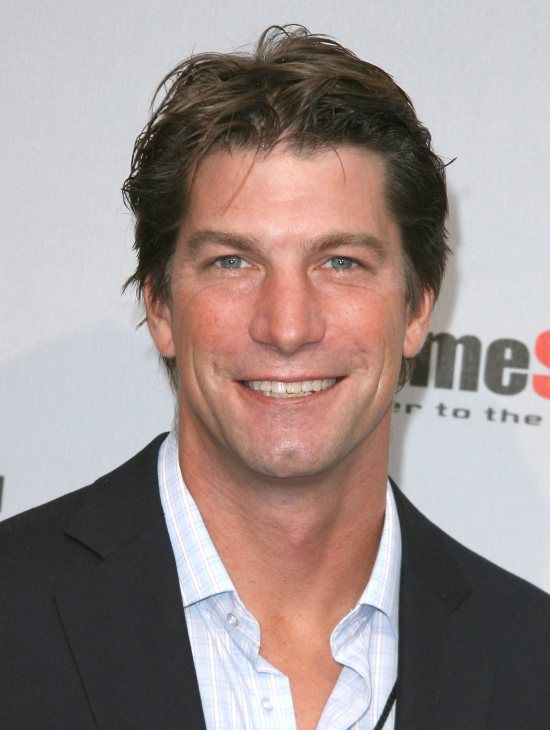 Travis Stork had his hands full with some of the ladies on his season of The Bachelor, and even though his romantic relationship with Sarah Stone didn’t last, Stork has remained in the spotlight as a physician and television personality on Dr. Phil and The Doctors. He has also published several medical-related books like The Lean Belly Prescription and The Doctor’s Diet. 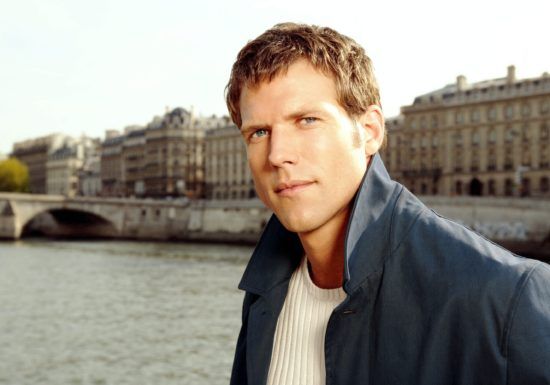 Lorenzo Borghese is the only bachelor to have actually been a prince! And while his season was relatively uneventful, this fact made it unforgettable. Borghese’s grandmother was not only a Princess, she also founded Borghese cosmetics in 1958. This means the Prince also happens to be fabulously wealthy! Since his time on the Bachelor, Lorenzo has published a novel, The Princess of Nowhere and appeared on America’s Next Princess, Coming to Holland: Prins Zoekt Vrouw (English: “Prince Seeks Wife”), and Celebrity Big Brother UK. He was also a main cast member on Esquire Network’s reality show, Lucky Bastards. Lorenzo split with Bachelor winner Jennifer Wilson and then briefly rekindled his relationship with runner up, Sadie Murray. It seems this prince charming is still searching for his Princess… 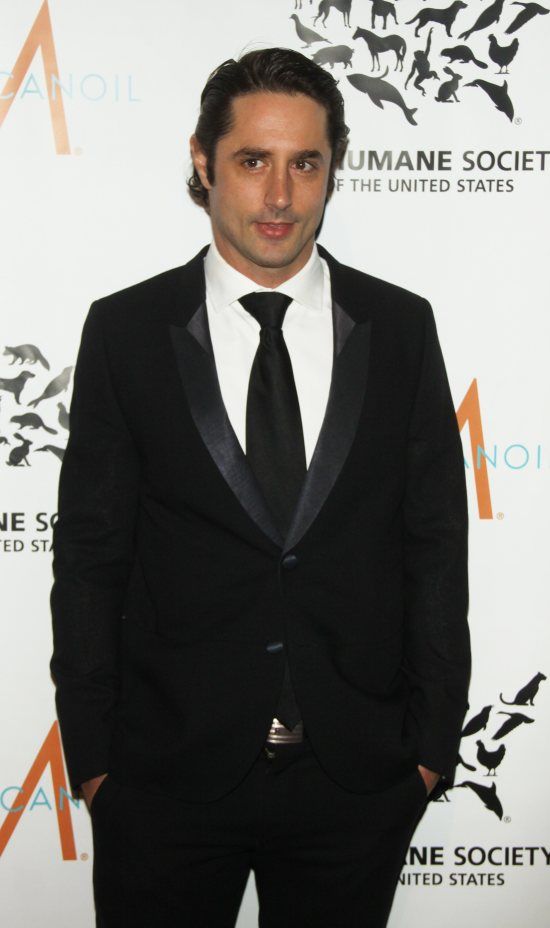 Business developer and single dad, Jason Mesnick, will always be remembered by Bachelor Nation as the bachelor who changed his mind and pulled the shoot on Melissa Rycroft to turn around and beg molly Malaney for another shot. Luckily for him, it worked. He and Molly wed for the world to see on a 2010 special, The Bachelor: Jason and Molly’s Wedding. The couple are now the proud parents of Jason’s son Ty and their daughter, Riley Anne. Jason currently works as a Residential Consultant, specializing in working with families. 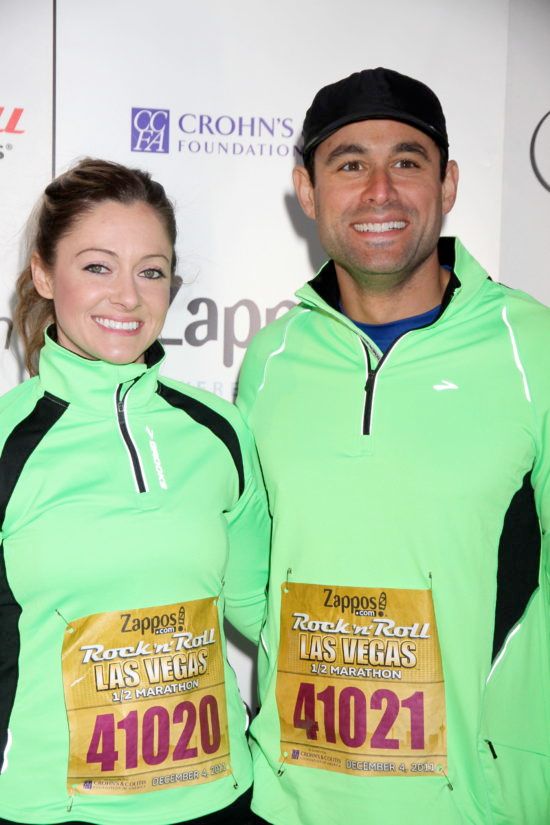 Pilot Jake Pavelka didn’t get his fill of fame when he appeared on The Bachelorette season 5 and the 14th season of The Bachelor. While he became engaged to the notorious Vienna Girardi, the couple split in a epic showdown in which Vienna called Jake a “fame whore.” Her accusation seems to be apt and Jake has appeared in a total of 6 reality television shows including Dancing with the Stars, Bachelor Pad, and Famous Food. He also had a recurring guest star spot as a pilot on The Bold and the Beautiful. Most recently he made a super awkward appearance on JoJo’s season of The Bachelorette to provide his friend with words of support and encouragement. 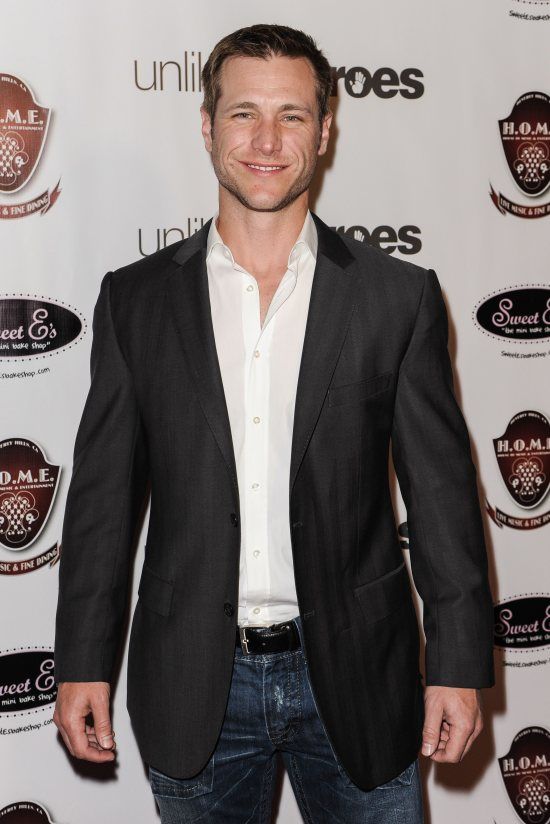 Sean Lowe was just a genuinely good guy that made Bachelor Nation swoon for his down-home  attitude and chiselled chest! He chose the adorable Catherine Giudici in the season finale, and they rode off on an elephant into the sunset! We couldn’t make that up! Since their time on the show, the couple have not left the spotlight. They broadcast their wedding on The Bachelor: Sean and Catherine’s Wedding, which they followed up with countless reality television appearances. They were on Celebrity Family Feud, Celebrity Wife Swap, Marriage Boot Camp: Reality Stars 4, and Who Wants to Be a Millionaire. Sean also competed on Dancing with the Stars. Guess they are reality TV fixtures! 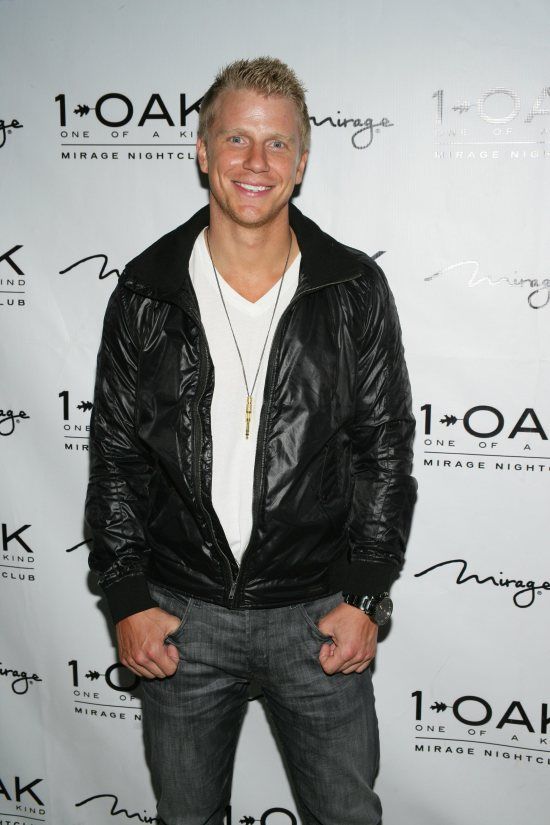 Juan Pablo may not have been a fan favorite once he became the bachelor, but he certainly is one of the most notorious contestants who ever took on a leading role! Juan Pablo was arrogant and condescending to the women on his season. He ended up giving the final rose to Nikki Farrell, although he didn’t propose to her. When the couple appeared on the After the Final Rose special, it was clear that there was trouble in paradise! Juan Pablo couldn’t even tell her he loved her! Boo! Juan Pablo’s career as a soccer player came to an end in 2008, and he entered into a bizarre and vague position doing music promotion. He is currently a sports and entertainment consultant, collecting baseball memorabilia from Venezuelan players in Major League Baseball. He then takes the loot back to Venezuela to display in museums. How much this earns him is unclear, but he does rake in a pretty penny for making night club appearances, so I guess you could say he does that… 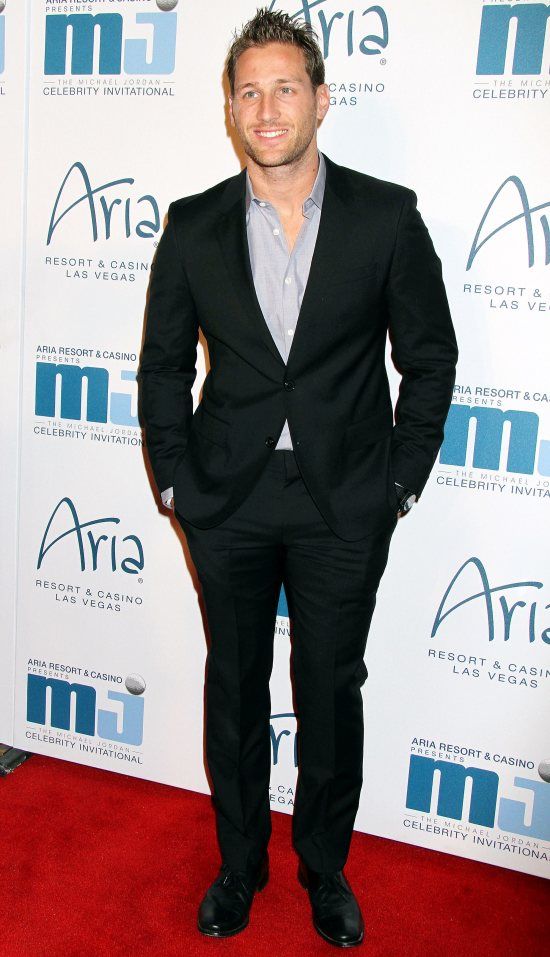 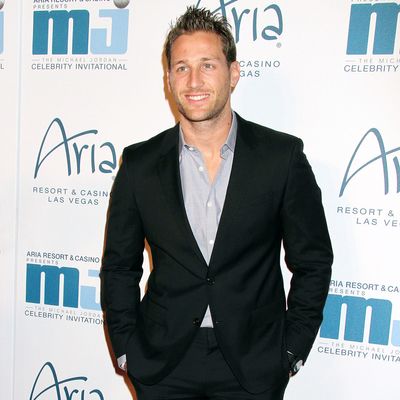