Home » Entertainment » Music » 13 Forgotten Male Country Music Stars From The 90s: Where Are They Now? 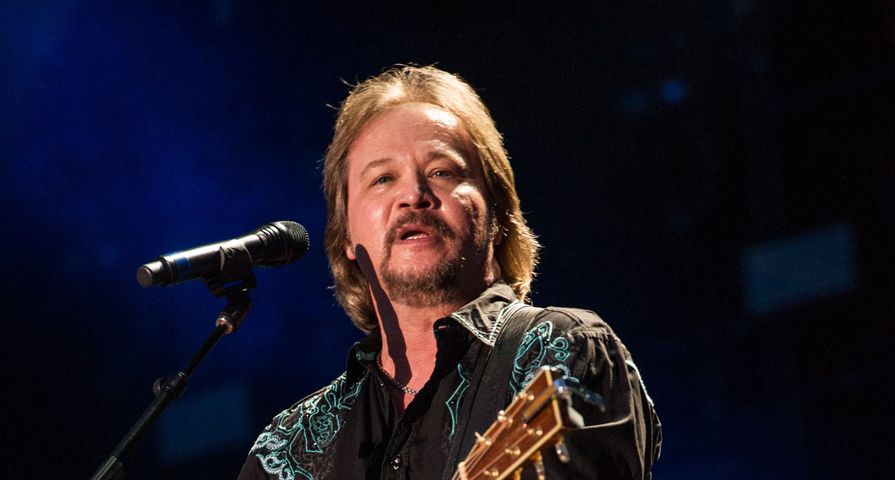 In recent years, country music has been changing at a rapid rate, but many fans will say that one of the highlights for the genre was the ’90s. Unlike a lot of other musical genres where fame is fleeting, country has staying-power, but that is not for all the stars no matter how much success they have early on in their careers. At one point these guys were on top of the country music world, but since the ’90s, they have definitely fallen from the radar and away from mainstream success. Check out where these 13 male country music stars from the ’90s are now!

Between 1986 and 2006, Ricky Van Shelton charted more than twenty singles, and the early ’90s were without a doubt the absolute prime of his career. After many hits, the end of 1992 brought Shelton admitting to having a problem with alcohol and his success on the charts began tapering off. After the ’90s, the singer tried to revive his career with the album Fried Green Tomatoes in 2000, but before long he realized his successful career was behind him. In 2006 he officially announced his retirement and stepped back from the spotlight to spend time with his family.

After suffering an injury that ended his World Championship Wrestling career, Chad Brock gave up the ring for the microphone and became a popular country star of the ’90s. His debut single “Evangeline” only peaked at number 51, but his follow-up ballad “Ordinary Life” ran right up the charts to peak at number three on Billboard’s Hot Country Singles & Tracks chart. With a lot of the success in the span of only a couple of years, things dropped off just as fast for the singer and in 2001 he released his last album for Warner Bros., which marked the beginning of his singles failing to make the top 40. In 2005, Brock headed to Florida to co-host a morning show and then went on to work as the Director of Programming for The Country Network. In 2014, he intended to run for the United States Senate, but was unsuccessful.

Rick Trevino blazed a new path in country music when his debut single “Just Enough Rope” featured separate English and Spanish versions. The ’90s saw major success for Trevino with his highest-charting single “Running Out of Reasons to Run” reaching No. 1 in 1996. By the late ’90s, Trevino had a dispute with his record label, Sony, and began focusing more on Spanish albums. Trevino’s last studio album was released in 2011 but failed to achieve his previous success; however, he still continues to make music and perform.

Singer Mark Chesnutt became a star quite easily in the country genre with his debut album Too Cold at Home, producing five straight top ten country hits. Thanks to the album’s success he had no problem having his second album Longnecks & Short Stories go platinum. Unfortunately, sales already began declining for the star in 1994 and he had sporadic hits for the next couple of years, but never returned to the success he encountered early in his career. Like many other faltering stars, Chesnutt took to forming his own label to put out his music and, as of 2012, put out his own live album and has only released mostly covers and greatest hits in the 2000s.

Shenandoah has released nine studio albums, has charted 26 singles and won a Grammy; however, past the ’90s, the band has been somewhat forgotten. Shenandoah’s biggest hit was 1990’s “Next to You, Next to Me.” The band’s sixth album in 1994 was its fastest-selling but, by 1995, band members started leaving and, by 1997, the remaining members disbanded and sold the naming rights. In 2000, four of the members came together along with two new members to form a reunion; however, they never returned to what they had in the ’90s. With a bunch of new members, Shenandoah is still performing but is not the band it once were.

After a rocky start with name changes and member changes, the band Diamond Rio rocketed to stardom in 1991 with their single “Meet in the Middle,” which made them the first country music group to send its debut single to the top of the Billboard Hot Country Songs chart. They had continued success mixed with a bit of a slump with their third album but bounced right back with 1996’s IV album. Things began to falter in 2000 and although their album produced the hit “One More Day,” things fell afterwards including their vocalist Roe having a problem maintaining his pitch in concerts. Most recently the band members have taken to providing backing vocals for other artists as well as co-writing for others.

Collin Raye was a longtime staple in the country music scene after performing in his early career as Bubba Wray in the band The Wrays. He started his solo career after signing with Epic Records in 1990 and started off with a bang with the number one single “Love, Me.” He had continued success with his second and third albums. His fourth album, I Think About You, was his fourth consecutive platinum-certified album and his fifth album The Walls Came Down produced his fourth and final number one single with “I Can Still Feel You.” Although he had a single from his 2000 album “Tracks” become a top five hit, it was the beginning of the end of his success. From there on out his songs failed to chart or charted with little success. He has continued to work on music, but has not done as well as he did in the ’90s,” and in 2011, he became a national spokesperson for the Terri Schiavo Life & Hope Network.

Aaron Tippin stood out in country music after signing with RCA Nashville in 1990 thanks to his music catered to the American working class. This approach to music made him an instant success with his first single “You’ve Got to Stand for Something” becoming an anthem for soldiers who were fighting in the Gulf War at the time. He had continued success with his second album and his third, which produced three top 40s hits in succession. In the early 2000s, however, things began to taper off for the star who saw his third and final single with the song “Kiss This” in 2000. After some label changes, he ended up forming his own record label, Nippit Records, in 2006 and, although he continued to release music, it failed to chart or charted poorly. He is now a certified airframe and power plant mechanic and in 2013 became a certified flight instructor and has been helping his sons with their careers as pilots.

The name Sammy Kershaw is very familiar to many country music fans, but as the year’s have gone on and the genre has changed, he has slipped from the minds of many. His debut album in 1991 “Don’t Go Near the Water” was certified platinum after producing four hits including “Cadillac Style,” but it was his second album “Haunted Heart” that produced his only number one single, “She Don’t Know She’s Beautiful.” By the mid-90s, his albums were reaching less success and although he made music into the 2000s much of his work failed to chart at all. In recent years, Kershaw has become more involved in politics and went up for lieutenant governor of Louisiana, but never won the spot.

Country singer Tracy Byrd burst on to the country scene in 1993 with the huge hit “Holdin’ Heaven.” As a result of the success, his next album, No Ordinary Man, became his highest selling, and his star power continued into the early 2000s with his album Ten Rounds containing his second number one, “Ten Rounds with Jose Cuervo.” After that he slowly fell off the radar and after releasing his 2007 album Different Things off of his own label, he has not recorded since. He is now focused on his family and, along with his wife, owns a houseware and appliance store in Texas, Kitchen Koncepts, and is committed to his son, coaching his Little League basketball and baseball teams.

David Lee Murphy became an instant success back in 1994 thanks to the song “Just Once” which he recorded for the country rodeo film 8 Seconds starring Luke Perry. Thanks to the song’s success his dubut album in 1995 Out with a Bang did very well with four charted singles, including “Party Crowd,” which became 1995’s most played song and “Dust on the Bottle,” which shot to number one. Unfortunately, his fame faded as quickly as it arrived and his final two albums did not come near the success of Out with a Bang. Although he doesn’t record his own music anymore, he has been one of the writers behind some pretty big hits from some huge artists including Kenny Chesney’s “Living in Fast Forward” and Blake Shelton’s “The More I Drink,” as well as Jason Aldean’s “Big Green Tractor” and Thompson’s Square “Are You Gonna Kiss Me or Not.” While solo fame didn’t stick, songwriting sure did and, aside from that, he continues to live with his wife Donna on a secluded farm outside of Nashville.

Country fans would love to know what happened to Travis Tritt because, while he isn’t exactly forgotten, he has faded from the mainstream radar in a huge way with no explanation. Tritt’s accomplishments in country music from 1990-2000 is nothing short of amazing and include seven albums that are certified platinum or higher and five number one singles with 15 more top ten hits, and of course, two Grammys. Sadly, the mid-2000’s saw a drastic decline in his success which, including leaving Columbia records and small tours in 2008, 2012 and 2o13, was last heard with his album The Calm After, but one thing is for sure, his name has drastically fallen from the mention of huge country stars.

Joe Diffie was one of country’s biggest stars in the ’90s thanks to the release of several albums and hits in just one decade. His very first album was released in late 1990 and produced the mega hit “Home.” He had further singles from the album and by 1993 released his second album Regular Joe. After a few more albums, by the late ’90s his album Twice Upon a Time failed to produce any Top Ten hits and in 2001 Sony Nashville switched Diffie to Monument Records, where he received mixed reviews for his In Another World album released through the label. He ended up signing to Broken Bow records, but has not returned to the success the early ’90s gave him, and shortly after joining, left the label and took to playing small venues and fairs. His latest musical endeavour was the 2010 album Homecoming: The Bluegrass Album, but his time creating hits seems to be over, and many have now forgotten the one time major star.