Home » Entertainment » Movies » Cast Of Home Alone: Where Are They Now? 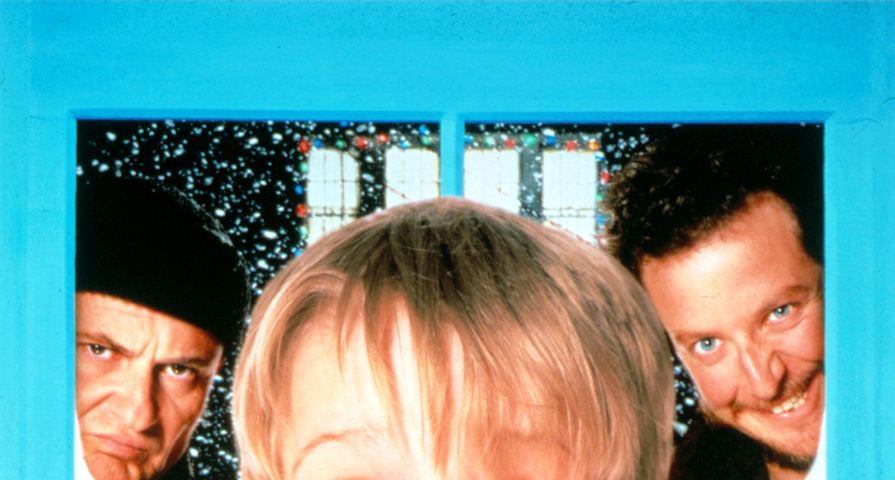 It has been 30 years since Home Alone was released in theaters. In honor of the Christmas classic, it’s worthwhile to catch up with some of the principal cast members. Anyone who has seen this film knows that the credited cast–featuring a small boatload of children–was no easy undertaking, so consider this their honorable mention–especially the late, great, incomparable John Candy. Now…to some of the most memorable characters: Where are they now?

He was Smokin’ Santa. And he was the quintessential John Hughes random character that was integral to the sentiment of the film. Ken Hudson Campbell is a longtime veteran of the screen, and he has appeared in more films and TV than people would ever guess. He was once a principal on the three seasons of the Fox sitcom Herman’s Head in the early 1990s, and he has also enjoyed impressive roles in blockbusters like Armageddon. In recent years he’s had guest starring roles on Girl Meets World, Mike and Molly and several films. Ken has an incredibly recognizable face, but even more so, a distinct and unmistakable voice.

You see the name Devin Ratray, and it probably doesn’t evoke many memories, but refer to him by his character name Buzz and he’s suddenly iconic. Devin played the brutish, know-it-all big brother in the holiday classic, and the creative team cut him to look like the perfect caricature of a teenage bully. At his essence, he proved to be pretty sweet–the apple didn’t fall too far from the parental tree. Since Home Alone, Devin grew to look very much like the adult version of his teenage self, and he has enjoyed an impressive career in entertainment. He’s a true comedian but has played a variety of roles in recent years. He enjoyed a principal role in the critically acclaimed Nebraska, as well as the critically based, R.I.P.D. The year 2015 was an incredibly busy time for Devin, and 2016 included three more feature film releases.

He was the bedwetting, Fuller McAllister. The cute kid with the epic, late 1980s, early 1990s glasses, who was famously told to go easy on the Pepsi! That line is easily a favorite quote from the entire film. What most don’t realize while watching Home Alone for the first time, Fuller McAllister, the cousin Kevin McAllister in the film, is actually the real-life brother of the kid playing Kevin, Macaulay Culkin. Kieran Culkin can act. Everything this guy in his teenage youth, and young adulthood has come with significant weight. A few to consider: Igby Goes Down; The Dangerous Lives of Altar Boys; Scott Pilgrim Vs. The World. He works when he wants, and only when he’s drawn to a script or story. And he always delivers. For fans of the TV series, Fargo, you might remember him as Rye Gerhardt.

Joe Pesci is a household name, and there is no need to delve too deep into all of the things he did before Home Alone, and the things he’s done since. It is worth noting that the guy made a back to back transformation between Tommy DeVito in Good Fellas, and Harry Lime in Home Alone. Only the boldest of the bold would elect to watch these films back to back. So, what is Joe up to these days? He is still working, but he has dialed it back significantly in terms of quantity. In 2019, fans can expect to see him in The Irishman.

Daniel Stern is another well-known name in the realm of entertainment, not to be confused with David Stern, former commissioner of the NBA. Daniel Stern may be most recognizable for his voice, as he served as the narrator for the iconic, coming of age television series, The Wonder Years. Daniel Stern has been working a lot in the last few years, enjoying what his golden years have to offer in the realm of stellar characters. He was recently on the short-lived show, Manhattan, and finished a made-for-TV movie, Strange Calls.

What would Home Alone be without Old Man Marley? The character who served as another example of things not always being what they seem. Like Smokin’ Santa, Old Man Marley served to hammer home the sentiment of the script, the story and the entire Christmas and holiday season. In the realm of casting for cinema, this d0-anything character actor, Roberts Blossom, was perfectly cast as Old Man Marley. The screen veteran, who began his professional acting career in the 1950s, struck gold 30 years into his career by playing the unsuspected hero of Home Alone. Many might guess that Roberts passed away many years ago, but he actually lived past the 20th anniversary of his most popular role and passed away back in 2011. However, he did stop acting around the turn of the century, and devoted his time to writing and spending time with family.

She is one of the finest comediennes the world has known. Catherine O’Hara is one of the few examples from the world of acting who was simply made to play make-believe–an incredible example of what all actresses aspire to be and do. She is someone who finds the love, humor, drama in each and every scene, then gives it a style that is worthy of a historical bookmark. Catherine played the heartsick mother, Kate McAllister, in Home Alone, lending a wonder of comedy to the inherent drama her character must endure. Since Home Alone, she’s pretty much been in everything Christopher Guest has produced and directed which has led to guest appearances on various television comedies and dramas and is presently starring opposite her dear friend, and fellow comedian, Eugene Levy, in Schitt’s Creek.

John Heard played the McAllister family patriarch, Peter, and was well juxtaposed with Catherine O’Hara to serve as the chief parental unit. His grace under fire persona played perfectly against Catherine’s frantic, deer in headlights, mother in crisis. John Heard was a well established, highly accomplished actor coming into the mix of Home Alone, and he worked endlessly since his turn in the first two films of what became an unexpected franchise. Before his death in July 2017, he had roles in the movies in Living Among Us and Pray for Rain, and his last role was a guest starring part in the show Outsiders.

It is strange to think about the life of someone like Macaulay Culkin. Macaulay was the definition of a child star, thrust into the spotlight of one of the most iconic holiday films ever produced. Regardless, Macaulay Culkin (Mac) seemed pretty well adjusted to his fame — if anything went wrong in his life, it was the fact that his parents were a little out there in obsessively marketing every sibling as a cash cow. Macaulay is still involved in the acting world, taking roles from time to time, and taking more crap than anyone should from the tabloid media. He’s currently in a band called The Pizza Underground who have taken the stage at various music festivals in North America. From 2015 to 2016, he had a guest-starring role on The Jim Gaffigan Show and in 2018 he appeared in the movie Changeland.