Home » Entertainment » Celebrities » Cast Of The Hills: How Much Are They Worth Now? 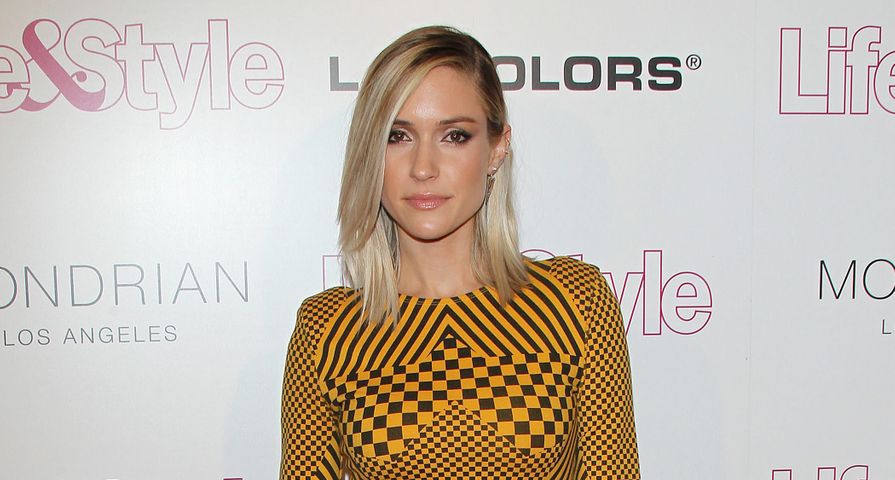 The period from 2006 to 2010 was a glorious time: that’s when we got to watch The Hills, MTV’s not-quite-real Laguna Beach reality show spinoff about the lives of privileged young women in Southern California. For Lauren Conrad, it was a launching pad for a very successful career in fashion design, publishing and more. For others, like the now-notorious Heidi Montag, it was an unfortunate path to a spotlight and an unsustainable lifestyle that resulted in excessive plastic surgery and destitution. When Laguna Beach started, the cast members made only $2,000 an episode — but for some of them, future gains made everything worth it. Who made it out of The Hills with the most money? Here’s what all the cast members are worth now:

Estimated Net Worth: $50,000. Justin Robert Brescia became solely known as Justin Bobby once he stepped onto the scene on The Hills. Over the course of the show Justin Bobby appeared in 48 episodes as the on-again, off-again boyfriend of Audrina Patridge. Following the series, Justin stepped out of the limelight but has spoken out about the show claiming his later relationship with Kristin Cavallari was fake, and although his estimated net worth is at $50,000, it seems he is doing well for himself. He used to style Adam Levine’s hair as well as other members of Maroon 5, and relocated from California to New York where he continues to cut hair and started his own two-man band called Bobby Rock. He has also opened at least three hair studios in Manhattan Beach, California, Manhattan, New York, and in Nicaragua, which leads us to believe his net worth is much higher than reported.

Estimated Net Worth: $10 Million. In recent years it seems Brody Jenner’s popularity has been all but eclipsed by his half-sisters Kendall and Kylie Jenner, and of course his step-sisters Kourtney, Kim and Khloe Kardashian; however, thanks to The Hills, Brody was for awhile the star of the family. Thanks to his starring role on The Hills, The Princes of Malibu and his own show Bromance, Jenner is worth quite a bit, but continues to do well with guest appearances on Keeping Up With the Kardashians and his own radio show. Brody may not be heard of as much as he used to, but he is still worth an estimated $10 million!

Estimated Net Worth: $500,000. The younger sister of Spencer Pratt, Stephanie Pratt became a bigger part of The Hills in its later seasons. Unfortunately, she’s one of the more troubled cast members: the sixth season of the show chronicled her arrest for DUI, and she was also once arrested for shoplifting $4,000 worth of clothes when she was on drugs. In her memoir Made in Reality, which was published this year, Stephanie admitted that she smoked crystal meth 13 times a day when she was just 14 years old, and she also struggled with bulimia. “I was 14 or 15 [when I first smoked it],” she wrote in her book “I was on the extreme level and addiction developed instantly. [I smoked] probably four times before school, then at snack… probably 12 or 13 times a day.” She continued, “I didn’t care about anything. I could live or die, I didn’t care,” she said. “I had nothing to get out of bed for, nothing was exciting.”  She said that she “woke up handcuffed to a hospital bed” and “felt so much shame” after her mom took her back home. Luckily, Stephanie is now recovered and sober. She has appeared on the U.K.’s Celebrity Big Brother and Made in Chelsea, along with Bravo’s Millionaire Matchmaker. A big animal advocate, Stephanie also once posed nude for a PETA campaign against products that test on animals.

Estimated Net Worth: $5 million. After The Hills ended, Audrina Patridge tried to continue her reality career by developing her own show on VH1 called Audrina. Unfortunately, after the first season aired in 2011, the cable network opted not to pick up the show for a second season. At the time, Audrina told The Daily, “I kind of decided I wanted to take some time off from reality. I want to do something more like acting or  hosting.” Audrina has appeared in films and shows such as Into The Blue 2: The Reef, Family Guy, Sorority Row, Honey 2 and Scary Movie 5, but hasn’t really been able to snag a lead role like she had wanted (she said in the same interview that she’d love to do a period piece with fancy costumes and accents in another country). Still, she’s doing well for herself with a net worth of $5 million.

Estimated Net Worth: $5 million. Fans of The Hills loved sweet, friendly Whitney Port, who was an aspiring fashion designer like fellow cast member Lauren Conrad. In 2008, she debuted her fashion line Whitney Eve (which is still making products), around the same time she began starring in the reality show The City, an MTV spinoff of The Hills. The show followed Whitney as she went to work for fashion designer Diane von Furstenberg, but many criticized it for being fabricated, and rumors spread that Whitney didn’t really work much and was hardly ever in the office. Like many other Hills cast members, she’s tried writing, acting, hosting and other media jobs: in late 2010, Whitney starred in an executive produced an online series called Hollywood is Like High School with Money, on which she promoted her fashion collection. She also did a magazine spread for Maxim and released a book called True Whit: Designing a Life of Style, Beauty, and Fun. She also hosted a game show on Hulu called Genuine Ken. Whitney also served as a judge on the eighth cycle of Britain and Ireland’s Next Top Model and made a brief cameo role in the movie What To Expect When You’re Expecting.

Estimated Net Worth: $20,000. Probably the most infamous of the cast members of The Hills, Heidi Montag and Spencer Pratt famously spent all their money as they tried to maintain their reality fame. After The Hills, they appeared on the shows I’m A Celebrity Get Me Out of Here!, Marriage Boot Camp Reality Stars and Celebrity Wife Swap, but couldn’t pull in enough money to keep up their lifestyle. In 2013, they told In Touch magazine that they ended up wasting $10 million on extravagant purchases. “We were immature,” Spencer said. “Every time we’d go out to eat, we’d order $4,000 bottles of wine. Heidi was going to the mall and dropping $20,000 to $30,000 a day. We thought we were Jay Z and Beyoncé.” That’s probably why the couple is only worth only $20,000.

Estimated Net Worth: $3 million. A lesser known cast member of The Hills, Lo Bosworth was friends with Lauren Conrad and classmates with Kristin Cavallari. She stayed on The Hills until its finale in July 2010, after which she launched a website called The Lo Down by Lo Bosworth, which she still maintains and updates today. In January 2011, she released a book by the same name, which served as a guide for young girls dealing with love and relationships. Two years later, Lo co-founded the party supply company Revelry House. In 2015, Lo bought a swanky Manhattan apartment and got some interior design help from HomePolish. The pad was featured on Pop Sugar, and we have to admit that we’re pretty jealous.

Estimated Net Worth: $2 Million. Jayde Nicole had been modeling for quite some time before she became known on The Hills when she dated Brody Jenner. She has done very well in both modeling and on the reality television circuit as she also appeared in several episodes of Holly Madison’s reality show, Holly’s World and filmed the pilot for E!’s The Girls Next Door: The Bunny House. She also earned quite a bit of fame and money when she was named 2008 Playmate of the Year for Playboy magazine, making her the first Canadian in 26 years to receive the title and only the third of all time. Her other appearances include Fox Sports’ PokerStars Million Dollar Challenge and a spoof video for FunnyorDie.com. Not to mention she created and owns her own agency, “A Touch of Class,” based out of Port Perry, Ontario, and also started her own charity, Lengths for Love, which asks for donations of hair to be made into wigs for children in need.  Thanks to all of her endeavours, Jayde Nicole is now worth an estimated $2 million.

Estimated Net Worth: $25 million. Now a successful fashion designer and author, Lauren Conrad is the ultimate example of using a reality show to launch your career. On The Hills, Lauren went to school at the Fashion Institute of Design and Merchandising and had an internship at Teen Vogue. At LA Fashion Week in 2008, she debuted her first fashion collection, The Lauren Conrad Collection. The following year, Lauren teamed up with retailer Kohl’s, making her line LC by Lauren Conrad available in stores nationwide by the fall of 2009. Lauren’s been busy: she also published her first novel, L.A. Candy, in 2009 and released its sequel, Sweet Little Lies, in 2010. She’s also appeared on the TV shows Family Guy and Greek and has served as a guest judge on the reality show America’s Next Top Model. Lauren pulls in even more money by endorsing products online and on social media, such as mark, the division of Avon cosmetics aimed at teens and young women.

Estimated Net Worth: $3 million. Kristin Cavallari is probably the most successful actress to come out of The Hills. She’s not exactly an acting superstar,  but she’s had roles on Veronica Mars, CSI: NY, The Middle, Spring Breakdown, Van Wilder: Freshman Year and The League. Like Stephanie Pratt, Kristin has also posed for PETA. However, Kristin is now most famous for two things: first, she’s married to NFL star Jay Cutler, with whom she has two sons (she’s currently pregnant with a girl). Second, she drew national criticism when she announced that she was refusing to vaccinate her kids because of an unfounded fear that vaccines cause autism. She wrote a book called Balancing in Heels, and has a new reality show coming out called Very Cavallari.