14 Reasons ‘The Hills’ Was Fake 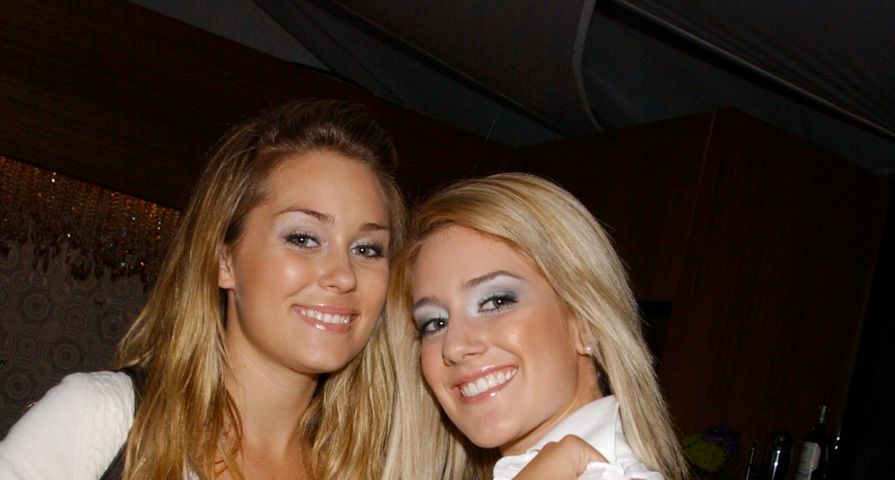 The Hills, the Laguna Beach spinoff which was more successful than its parent show, aired on MTV from 2006 to 2010.  The ‘reality’ show followed Lauren Conrad as she went to design school in California and worked as an intern for Teen Vogue. While Conrad defends the show’s realism, the other stars have slandered the show in the press, claiming it was mostly fabricated and the storylines were manipulated by producers. Accusations that it was scripted and staged abound and Fame10 has the inside scoop on what was ‘real’ and what was fiction.

Before filming Laguna Beach, Brody Jenner and Kristin Cavallari dated briefly. While filming The Hills, he dated Playboy model Jayde Nicole. When Cavallari joined the cast of The Hills, for a few episodes she and Brody led viewers to believe that they were dating. Cavallari even got into a fight with Nicole over it when she caught them together a club. In reality, Jenner was dating Nicole the whole time, not Cavallari, and the whole confrontation was fabricated.

Kristen Cavallari claimed The Hills was scripted, and that every day they filmed, there were costume changes and scenes that were pre-set by the film crew. However, Lauren Conrad claimed she never saw a script.

According to Heidi Montag, “When we were breaking up and calling the wedding off, there was no wedding…We weren’t engaged – that was so fake.” When they did get married, it was off camera in Mexico, but they found out later that their marriage wasn’t valid in the U.S. Meanwhile producers were frantic and the couple said ‘I do’ again in 2008 in an on-camera ceremony. Spencer Pratt later stated, “I hated everything about that wedding and the people there…The producers were begging me to leave her at the alter [sic] and run out the side door.”

In the last season of The Hills, an episode focused on Kristen Cavallari’s potential drug problem. Cavallari claims producers made the whole thing up. She said, “One of the producers told the girls he would give them some gifts, specifically a Birkin bag, if they had talked about me doing drugs on camera. So the girls took the bait and the next thing I know…I have this huge drug problem and I need to go to rehab.”

In reality TV, the show is supposed to follow the leads as they go about their daily lives; however, Audrina Patridge argued that she and fellow cast mates were manipulated throughout the running of the show, and didn’t know what they would be doing until they got to set.

Kristen Cavallari and Audrina Patridge were both at an event and when Patridge had to leave to go to another party. She was told, “You can’t leave until you and Kristin get into a fight.” After getting into a tiff over Justin Bobby, Patridge got to go to her next event.

According to Lo Bosworth, after a night on the town, the cast would be told, “okay, you guys went out last night…now Whitney and Lauren are going to have to have brunch the next day and talk about what happened.”

7. Basically All of Brody’s Hookups

In one episode of The Hills, Heidi Montag and Spencer Pratt get into a tiff over whether or not they should move in together. While filming, 20 takes were done with Montag getting out of the car and Pratt driving off. After they got the shot, Pratt said, “She got right back in my car, we drove away together and went for dessert.”

In The Hills, Lauren Conrad and Brody Jenner were considered a hot item, but in real life, these two never dated. According to Jenner, “We were just friends. We’d film a scene of us kissing or being in this lovey-dovey scene, and then right after it would be like, ‘Cut,’ and we’d be like, ‘Great to see you,’ and we’d go our separate ways.”

According to Heidi Montag, “Season one was just Lauren’s show [and] everyone was her secondary cast members, but that really changed when Spencer came on. When he arrived, the scenes between us were completely scripted.”

In an episode of The Hills, Lauren Conrad meets Gavin Beasley at Brody Jenner’s BBQ. While Conrad insists that he really did ask her out, Beasley said the producers set them up and all his conversations with her took multiple takes because Conrad was a “conversation killer.”

Audrina Patridge and Lauren Conrad’s shared apartment was completely fake. Lauren Conrad claimed, “We had to switch for security purposes…We’re two very small girls living alone and people were coming up to our door in the middle of the night.”

If it hadn’t been for the show, Lauren Conrad would have ditched bestie Heidi Montag a long time ago. After their falling out, Conrad was forced to see Montag and Conrad said, “It’s hard to look at somebody who used to be your best friend and say, ‘We can’t be friends. Too much has happened.’ I’m trying to move on, but they won’t let me. And when someone keeps pushing you into the same position, well…you get upset.”  The only reason Montag showed up at Conrad’s 23rd birthday was because the producers wanted her there.