Home » Entertainment » TV » Cast Of ‘3rd Rock From The Sun’: How Much Are They Worth Now?

Cast Of ‘3rd Rock From The Sun’: How Much Are They Worth Now? 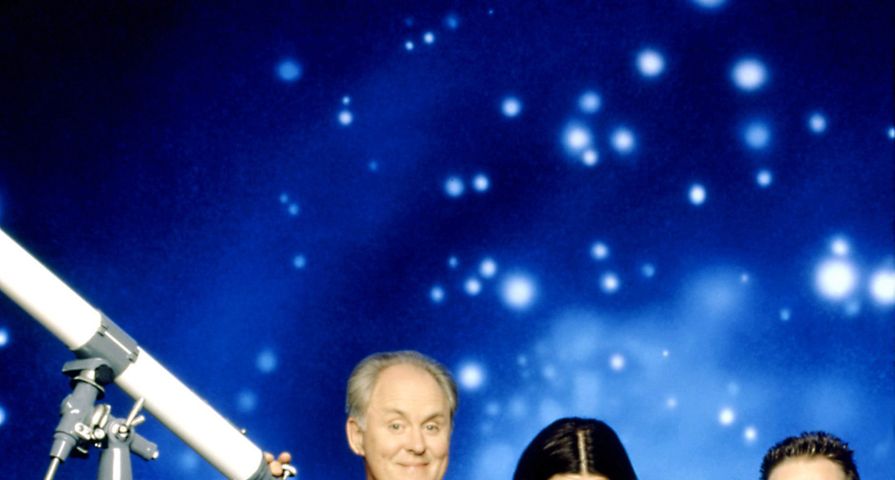 3rd Rock from the Sun was one of NBC’s most beloved series during its six season run from 1996 to 2001. The series focused on four aliens who are sent to Earth and pose as a human family and try to blend in in an effort to observe humans and their behavior. The series boasted a talented cast, including a young Joseph Gordon-Levitt, and was a hit with fans for many years. It is hard to believe it has now been over 20 years since the series first aired and more than 15 since it came to an end! Check out how the cast has fared in the years since with this list of how much they are worth now:

Estimated Net Worth: $500 Thousand. Danielle Nicolet began acting at a young age when she appeared in the series Family Matters in 1991. She went on to star in the film Loaded Weapon 1 and appeared in many more series and films before landing the role of Caryn in 3rd Rock from the Sun. Now she is best known for her roles in Heartland, The Starter Wife, The Game, and has most recently appeared in the hit series The Flash as Cecile Horton. While she has now racked up 73 acting credits to her name, her lack of lead roles has left her with an estimated net worth of $500 thousand.

Estimated Net Worth: $10 Million. With both of his parents in the entertainment industry, David DeLuise decided to follow in their footsteps, and began his professional career in the ’70s with a role in the film Hot Stuff. He went on to land roles in many more films and series before getting the recurring role of Bug in 46 episodes of 3rd Rock from the Sun. Now, he is best known for his starring role on Wizards of Waverly Place as Jerry Russo as well as his numerous appearances in several hit television series. Thanks to his popular roles and 109 acting credits, DeLuise has an impressive estimated net worth of $10 million.

Estimated Net Worth: $8 Million. After leaving the University of Georgia to pursue acting at the Barter Theatre in Virginia, it is safe to say that Wayne Knight’s gamble paid off. After some work on Broadway Knight turned to on-screen acting where he has found a lot of success, and is widely known for his role as Newman on the iconic series Seinfeld. Some more of his popular acting credits include Jurassic Park, Space Jam, 3rd Rock from the Sun and voice work in hit animated films such as Toy Story 2 and Kung Fu Panda. All together Knight now has an estimated net worth of $8 million.

Estimated Net Worth: Unknown. Elmarie Wendel began acting in 1961, but fully committed to on-screen roles in the early ’80s when she appeared in Knight Rider, The Jeffersons, and The Facts of Life. Over the years she has had several small roles in many popular series and is best known for her long running role as Mrs. Dubcek on 3rd Rock from the Sun for the series’ entire run. She went on to appear in shows such as NYPD Blue, George Lopez, and General Hospital and her last role was in 2014 in an episode of The Exes. Despite her many roles over the years, Wendel’s net worth remains unknown.

Estimated Net Worth: $500 Thousand. Actress Simbi Khali began her career in 1994 in an episode of the series Sinbad, and went on to appear in the series Martin as well as the films Vampire in Brooklyn, A Thin Line Between Love and Hate and Plump Fiction. She had the most success when she starred as Nina on 3rd Rock From the Sun, and only had a bit of work from 2002-2009 and made her last acting appearance in an episode of Weeds in 2012. With only 17 acting credits to her name and seemingly retired from acting, Khali has an estimated net worth of $500 thousand.

Estimated Net Worth: $3 Million. Although Jane Curtin earned her Associate Degree, she left college to focus on her passion of performing and joined the comedy improv group The Proposition. In 1975 she was hired as one of the original cast members of the iconic series Saturday Night Live and appeared on the show until 1980. She went on to star in her own series Kate & Allie and is widely known for her starring role in the 1993 film Coneheads. For many fans, Curtin is best known for her role as Dr. Mary Albright on 3rd Rock from the Sun and has most recently appeared on the new series The Librarians. With almost 50 acting credits to her name, Curtin has an estimated net worth of $3 million.

Estimated Net Worth: $35 Million. As only a toddler Joseph Gordon-Levitt began acting in commercials and has now become one of the most popular actors of his generation. He appeared in series such as Family Ties, Dark Shadows and The Powers That Be, as well as films including A River Runs Through It, Roadflower and Angels in the Outfield and was 15 when he landed the role of Tommy Solomon on 3rd Rock from the Sun. Now, he is best known for his roles in Looper, Inception, The Dark Knight Rises, 10 Things I Hate About You and Snowden — just to name a few. After becoming one of Hollywood’s most sought after actors, he now has an estimated net worth of $35 million.

Estimated Net Worth: $3 Million. While French Stewart began his career in regional theatre, he found success in the early ’90s with a recurring role on the series The New WKRP in Cincinnati. He went on to appear int he hit 1994 film Stargate and many more films before landing his most well known role as Harry Solomon on 3rd Rock from the Sun. He has had many roles since, having most recently appeared on the series Mom, The Middle, and Secrets and Lies. With 104 acting credits under his belt, Stewart has made an estimated net worth of $3 million.

Estimated Net Worth: $14 Million. Kristen Johnston has become one of the most recognizable actresses out there thanks to her many popular roles and accomplishments which includes two Emmy Awards for her role as Sally Solomon on 3rd Rock From the Sun. Her other memorable roles include as Wilma Slaghoople in The Flintstones in Viva Rock Vegas, Deb in Bride Wars, and most recently as Holly Franklin in The Exes. With so many notable roles in both film and television, Johnston now has an estimated net worth of $14 million.

Estimated Net Worth: $45 Million. After being born to a mother who was an actress and a father who was a theatrical producer and director, it seems acting was in John Lithgow’s blood. After beginning his on-screen career in 1972, Lithgow has become an iconic actor with several notable roles in Terms of Endearment, Footloose, The World According to Garp, and Interstellar — just to name a few. He has also found success on TV starring as Dr. Dick Solomon on 3rd Rock from the Sun for all six seasons. He has most recently appeared in The Accountant, The Crown and Trial & Error, racking up not only 110 acting credits, but an estimated net worth of $45 million.