Home » Celebrities » Entertainment » Cast Of Without A Trace: How Much Are They Worth Now? 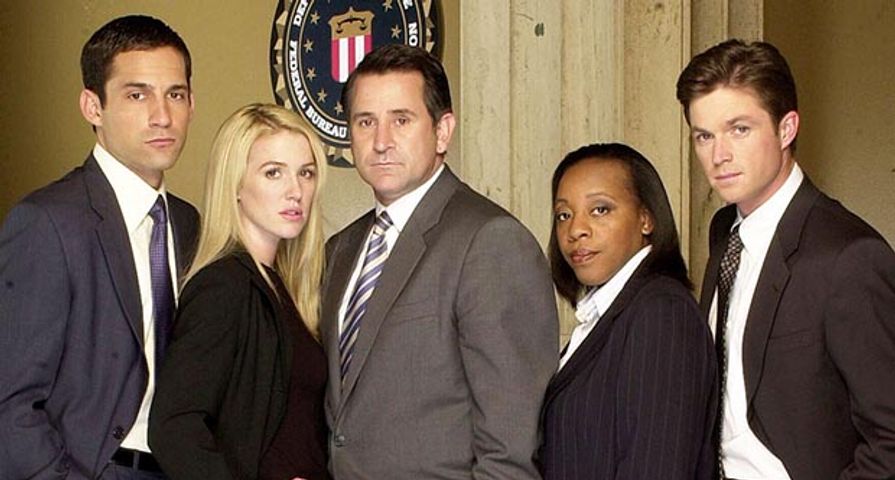 The CBS series Without a Trace was a police mystery-drama series which followed the cases of an FBI Missing Persons Unit in New York City. There was no shortage of suspense and drama throughout the entire 7 seasons and like many other crime shows it was well received by critics and audiences. It offered an inside look into how the FBI operates and how they handle missing persons reports. Without a Trace even featured some cross over with the popular CSI: Crime Scene Investigation series! It’s been 7 years since the show went off the air, but it’s still widely known. Here’s a look at what the main cast members are up to now and how much they are worth!

Estimated Net Worth: $14 million. This actress is best known for her role as FBI agent Elena Delgado on Without a Trace and on the Lifetime comedy-drama Devious Maids series as Carmen Luna. Sanchez has done well to branch her career outside of television with some co-starring credits in films like Rush Hour 2, Chasing Papi, The Game Plan, Act of Valor, and the movie Yellow which she also served as a writer and producer. She’s been a series regular on many different shows like Fame L.A., Kojak, Familia En Venta, and of course roles on Devious Maids and Without a Trace. She’s also done a few guest appearances on shows like Royal Pains, As the World Turns and Desperate Housewives. Overall, Sanchez has done well to establish a great career for herself in film and television and it looks like it’s paid off! She’s now worth an estimated $14 million.

Estimated Net Worth: $2.5 million. This Australian-American actress rose to fame with her role as FBI agent Samantha Spade on Without a Trace. Not long after it was cancelled she then landed a lead role on the show Unforgettable as Carrie Wells where she was reportedly making $85 thousand per episode! These two roles are her biggest money making projects, but she’s also been apart of the miniseries Blonde and appeared in several episodes of Glory Days and The Beat, in addition to some one episode appearances on shows like Party of Five and NYPD Blue. Montgomery’s film experience is minimal, but she has held small roles on projects like Life, The Other Sister, Devil in a Blue Dress and Dead Man on Campus. She’s currently estimated to be worth a small, but respectable $2.5 million!

Estimated Net Worth: $4 million. Close held his first starring role in the television series Santa Barbara as Sawyer Walker. Since then he’s been on a steady climb to fame with numerous other notable television roles on shows like Sisters, Dark Skies, Now and Again and The Magnificent Seven. He’s received critical acclaim in nearly all of these roles, especially his long term gig on Without a Trace as Martin Fitzgerald from 2002 to 2009. When that show ended, he took up a recurring role on Suits and Chaos, as well as the character of Teddy Conrad in the widely popular musical drama series Nashville. Close hasn’t done many film roles aside from a number of television movies, but he did have small roles in American Me, The Sky is Falling and American Sniper. His roles on television have been his biggest money makers and he’s definitely not hard pressed to find work! He’s currently worth an estimated $4 million.

Estimated Net Worth: $5 million. Like many of the other stars on this list, Murciano’s most widely recognized for his full series stint on Without a Trace as FBI agent Danny Taylor. Prior to that gig he had a series regular role on Spyder Games and held small roles in the movies Black Hawk Down, Traffic and Speed 2: Cruise Control. Since Without a Trace ended he took up a few recurring roles on shows like CSI: Crime Scene Investigation, NCIS, 666 Park Avenue, Power and Bloodline. These are most definitely his biggest projects, but he has dabbled in a bit of film work again in projects like Case 42, Miss Congeniality 2: Armed and Fabulous, The Lost City and Dawn of the Planet of the Apes. Today, Murciano is worth an estimated $5 million!

Estimated Net Worth: Unknown. Marianne Jean-Baptiste is an Academy Award nominated actress with an extensive career in film. She’s received much critical acclaim for her roles in the movie Secrets & Lies and the series Without a Trace as Vivian Johnson. She’s held co-starring roles in movies like A Murder of Crows, The 24 Hour Woman, The Cell, Won’t Back Down, 360, Violet & Daisy and City of Ember. Jean-Baptiste balances her time between film and television quite well with many television miniseries under her belt, a few one episode appearances on shows like Son’s of Anarchy and Private Practice and two current roles on the series Broadchurch and Blindspot! It’s surprising her net worth is unknown because she’s extremely active in her career. We suspect her net worth is somewhere around $4 million.

Estimated Net Worth: $6 million. Anthony LaPaglia has the most credits out of all his co-stars on this list! He’s an Award winning actor with extensive experience in film, television and on-stage acting. He’s received much critical acclaim for his work on the shows Without a Trace and Frasier, as well as his roles in the films Holding the Man, Balibo, Winter Solstice, Happy Hour, Lantana and Looking for Alibrandi. LaPaglia has appeared in nearly 60 films throughout his career! In addition to his on-screen work, he’s also done voice work in the Happy Feet franchise, Legend of the Guardians: The Owls of Ga’Hoole and All-Star Superman. He hasn’t picked up any more lead television roles since Without a Trace ended back in 2009. Instead he’s been primarily focused on his film career with two films coming out in 2017 and many releases since 2012. Not surprisingly, LaPaglia is among the highest earners on this list with an estimated net worth of $6 million!