Home » Entertainment » Celebrities » Cast Of Blue Bloods: How Much Are They Worth? 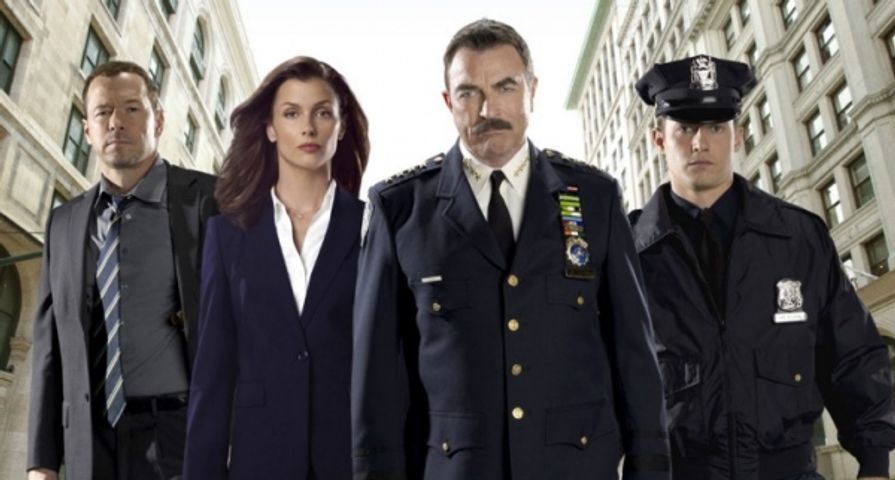 Television fans are well aware that there are quite a number of police procedural shows of different variations to choose from, but some are just better than others. One of the most successful and most popular in recent years has been CBS’ hit series Blue Bloods. Since first premiering in September of 2010 the show is now onto its eighth season and fans have tuned in for every episode and every season thanks to a great story and an even better cast. From veteran actors to relative newcomers, the series has hosted a lot of talent in its cast. Check out how much the cast of Blue Bloods is worth:

Estimated Net Worth: $1 Million. Vanessa Ray got her acting career started back in 2003 and after a few small roles things started to pick up for the actress in the late 2000s after she landed a role in the series The Battery’s Down and then As the World Turns as Teri Ciccone. From there she had a recurring role on the hit series Suits and a few small movie roles. Her biggest roles to date have been in Pretty Little Liars, and then of course as Eddie Janko on Blue Bloods. Overall she has made an impressive estimated net worth of $1 million.

Estimated Net Worth: $1.5 Million. Since beginning acting back in 1985, Robert Clohessy has now racked up an incredible 131 acting credits to his name! He quickly landed a recurring role in the police series Hill Street Blues from 1986-1987 and went on to appear in many other films and series including Ohara, Laurie Hill, The New Adventures of Superman, Guiding Light and Oz. He is best known, however, for his roles in Avengers, The Wolf of Wall Street, and Blue Bloods as Sid Gormley. Although he has had a lot of work over the years, his lack of starring roles mean he only has an estimated net worth of $1.5 million.

Estimated Net Worth: $2 Million. Before heading into primetime dramas, Marisa Ramirez was best known for her soap opera work. After a few small roles at the beginning of her career, she eventually landed the part of Gia Campbell in General Hospital for 108 episodes. From there she appeared in shows such as CSI: Miami, Miracles, and went back to soaps, appearing in 76 episodes of The Young and the Restless. After many more TV roles, she is now best known for her most recent work on Blue Bloods as Maria Baez and has made a very respectable estimated net worth of $2 million.

Estimated Net Worth: $2 Million. Gregory Jbara attended the prestigious Juilliard School and then worked on Broadway before he turned to on-screen acting. Over the years Jbara has appeared in many TV series and films, but is best known for his roles in In & Out, A Midsummer Night’s Dream, Grounded for Life and, of course, Blue Bloods as Harrett Moore. Overall, through his hard, work the actor has made an estimated net worth of $2 million.

Estimated Net Worth: $800 Thousand. Although she began acting back in 1995, Abigail Hawk only has 13 acting credits to her name, having appeared in films such as Across the Universe, The Unidentified and Almost Paris. Without a doubt, her best known role is as Abigail Baker on Blue Bloods. Along with acting, Hawk has also acted as director for The Peter Austin Noto Show and has an estimated net worth of $800 thousand.

Estimated Net Worth: Unknown. Sami Gayle began acting in the off-Broadway production of “Gypsy” and appeared in many other theatrical productions before turning to on-camera acting. She first landed a small role on As the World Turns, and had her breakthrough role in the Adrien Brody film Detachment before starring alongside Nicolas Cage in Stolen. She is now best known as Nicky Reagan-Boyle on Blue Bloods, but with only 10 credits to her name, her net worth remains unknown.

Estimated Net Worth: $2 Million. Amy Carlson began acting in the early ’90s with roles in Missing Persons, The Untouchables and Another World. After several small roles, she gained more recognition with roles in Third Watch, Peacemakers, Law & Order: Trial by Jury and the film Green Lantern. She is now best known for her role as Linda Reagan on Blue Bloods and has made an estimated net worth of $2 million.

Estimated Net Worth: Unknown. Len Cariou’s career goes all the way back to 1964 when he first appeared in the TV series Festival. He quickly picked up more roles in more TV series, TV movies and feature films, but is best known for his parts in Murder, She Wrote; Thirteen Days; About Schmidt; Brotherhood; Secret Window; and Prisoners. Now he is best known for his role as Henry Reagan in Blue Bloods, and although he has had a lot of work over the years, his net worth remains unknown.

Estimated Net Worth: $25 Million. Bridget Moynahan began her work in the entertainment industry as a model and landed many magazine spreads and commercials before getting her big acting break as Rachel in the hit 2000 film Coyote Ugly. She also had a seven episode run as Natasha on the hit series Sex and the City, and went on to star in many popular films including Serendipity, The Sum of All Fears, The Recruit, I, Robot, Battle of Los Angeles, and John Wick. For the majority of the series she has also starred as Erin Reagan on Blue Bloods and in 2016 she appeared John Wick: Chapter 2. Thanks to lucrative modeling and acting work, Moynahan has a very impressive estimated net worth of $25 million.

Estimated Net Worth: $12 Million. Since he first began acting in 1988, Will Estes has had many diverse roles through TV and film. His big break was as Will McCullough on The New Lassie and also appeared in It Had to Be You, Full House, Kirk, The Secret World of Alex Mack, 7th Heaven and American Dreams, among many others. He is best known for his roles in films such as The Dark Knight Rises and U-571, and for his starring role as Jamie Reagan on Blue Bloods, and has earned an estimated net worth of $12 million.

Estimated Net Worth: $45 Million. Tom Selleck is one of the most iconic stars of his generation who has excelled in every role he has taken on. After beginning his career in 1969, Selleck took on many small film and television roles before becoming a star by starring on the ’80s series Magnum P.I. He has since appeared in many films and is known for his roles in Friends, Las Vegas, Killers, and Blue Bloods as Frank Reagan. His lengthy and impressive career has made Selleck a whopping estimated net worth of $45 million, helped along by his reported salary of $150,000 per episode of Blue Bloods.

Estimated Net Worth: $20 Million. Donnie Wahlberg’s career began in the music industry as a member of the hit ’80s boy band New Kids on the Block. As his music career subsided, Donnie helped his brother Mark Wahlberg begin his rap career, and then they both turned to acting. He is best known for his roles in Ransom, The Sixth Sense, Band of Brothers, Dreamcatcher and Blue Bloods as Danny Reagan. His extensive career in the entertainment industry has left Donnie Wahlberg with an estimated net worth of $20 million.