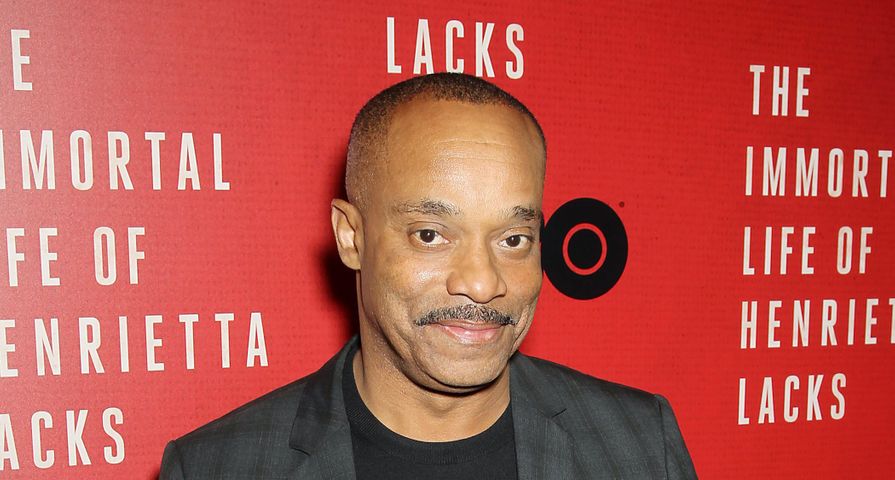 For years, Rocky Carroll has become known and loved through his NCIS character Leon Vance. Over two decades, the talented actor has worked tirelessly to become a very popular and renowned stage and on-camera actor and much like his character has all the grace and professionalism off-screen as he does on, and despite his prominent roles in some of TV’s biggest shows, there is still a lot that fans don’t know about him! Not one for the spotlight, Carroll is not one to dominate headlines or talk about his personal life, so here are 8 things you didn’t know about Rocky Carroll:

Before becoming a popular TV and film actor, Rocky Carroll was impressing audiences with his on-screen roles. In 1990 he was nominated for a prestigious Tony Award for Best Actor in August Wilson’s “The Piano Lesson.” Aside from being a great stage actor, he is also able to play the trumpet, and once said, “I came up in a world where you’re supposed to be able to do three things very well. Act, sing, dance, paint, do something. The emphasis was on versatility.”

Roscoe “Rocky” Carroll was born on July 8, 1963 in Cincinnati, Ohio. In 1981 he graduated from the School for Creative and Performing Arts in Cincinnati which he attended with fellow TV star Sarah Jessica Parker. After his graduation from the SCPA, Carroll continued to pursue acting at The Conservatory of Theater Arts at Webster University in St. Louis. After graduating with a Bachelor of Fine Arts degree, he moved to New York City to jump right into the world of theater acting.

While many actors seem to fall into acting, Rocky Carroll is one of those who seem to have been destined for it. In an interview in 2011, the actor revealed that his journey into acting is all because of location. “I think it has more to do with location than anything else. When I grew up in Cincinnati in 1974, the Board of Education set up the performing school, similar to the New York performing arts school and it was in walking distance from my school. So the art teacher at the elementary school that I was already going to said, ‘You’re a class clown. You’re always getting in trouble for being obnoxious. So audition for this school.’ And literally, that’s how it happened… I went in and from grade 6 through the rest of my education.”

Although Leon Vance is the role many fans associate Rocky Carroll to now, that wasn’t always the case. After making his way to on-camera roles, Carroll’s big break came in the early ’90s comedy-drama series Roc which Carroll starred in as Joey Emerson, the freeloading brother of Charles ‘Roc’ Emerson. After the series ended, he lent his voice to the hugely popular animated series Gargoyles in 1995 and 1996 and once again starred on a hit series with Chicago Hope from 1996-2000 as Dr. Keith Wilkes. Of course, after getting his start on NCIS in 2008, he has now appeared in a few episodes of NCIS: Los Angeles and NCIS: New Orleans as well.

After his longtime roles in Roc and Chicago Hope, it was clear that NCIS was definitely a departure from what fans were used to seeing from Rocky Carroll, but they couldn’t be happier he made the decision. “It was a series of very fortunate circumstances,” Carroll said of getting involved in the hit series. “My biggest ‘in’ was what I had a previous relationship with the show’s star. Mark Harmon and I worked together on Chicago Hope, and I had done three different shows and three different series regular shows for CBS. So even though I was new to the show, there were certain aspects that I was very familiar with. The network and the show’s stars. If you’re going to know one person when you’re the new kid on a show that’s been on the air for five years, it’s good that it’s the star of the show.”

Like many celebrities, Rocky Carroll has made sure to keep his personal life out of the spotlight and out of headlines, meaning fans don’t hear a lot about his life away from set. In 1996 Carroll married his wife Gabrielle Bullock, who is an architect, and together they welcomed a daughter, Elissa, in 2001. Despite being a star on one of the most popular North American series ever, Carroll said his celebrity status does nothing for him. “Director Vance doesn’t wield as much power with my wife. I’ve been married for 13 years. As long as I feed the dog and the garbage is taken out, that’s what is important,” he said in a 2009 interview with People. He also added that at the time his daughter also wasn’t too fascinated by fame, “She is not bitten by the entertainment bug yet. She gets bored quickly coming to the NCIS set. If I were on the Wizards of Waverly Place, she’d be more excited!”

In his more than 50 years, Rocky Carroll has displayed many talents and going from a prominent stage actor to a popular NCIS star means he’s done pretty well for himself. Aside from his big roles on TV, he has also appeared in films such as Fathers & Sons, Crimson Tide, Prisoner, and Yes Man, adding up to an very substantial 50 acting credits to his name. Due to his lifetime of hard work, Carroll now has an estimated net worth of $4 million.

1. The Challenges of Acting

Although Carroll often makes his performances look effortless, he has acknowledged the difficult of going from a stage star to a TV and film actor. “It’s very easy to adapt a persona or to be labeled a comedic actor or a dramatic actor in the film and TV world. Actors on stage, you can go from playing a myriad of roles, from Shakespeare to Eugene O’Neil drama, and it’s the norm […] It’s so funny because, here, in Hollywood, an actor who is really versatile and who has the ability to transform between comedy and drama roles is considered a rarity.” He added, ” After the series Roc ended, every role offer I got was for the wise-cracking, ne’er-do-well brother or boyfriend and I could have made a very good career doing those characters. A different name on a different network. But it was a conscious choice I made.”