Things You Might Not Know About NCIS: LA Star Chris O’Donnell 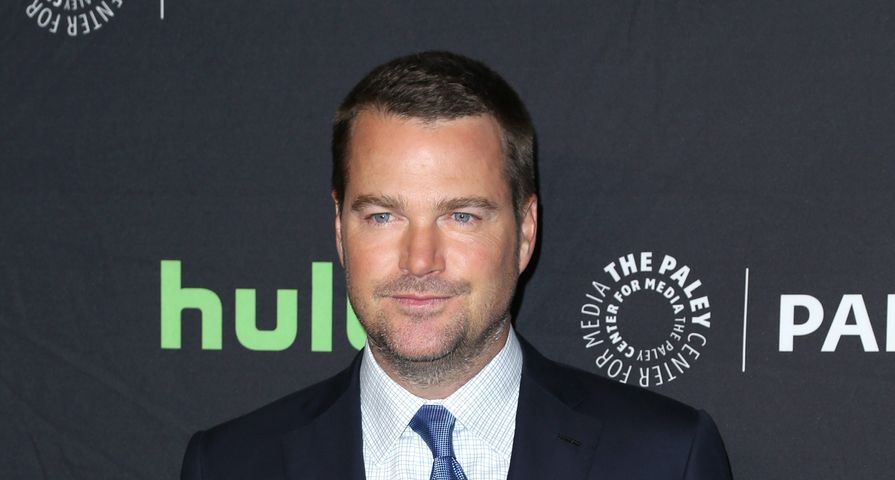 Chris O’Donnell is one of those actors who is really good at flying under the radar despite his roles in big movies and series. From Scent of a Woman to two Batman films and of course Grey’s Anatomy and NCIS: Los Angeles, O’Donnell has an impressive resume, but he still seems like just a regular guy who found himself in the entertainment industry unexpectedly. With his charming nature, piercing blue eyes and talent, he has definitely gained quite a large fanbase over the years, so get to know the NCIS: LA star better with these 10 things you never knew about Chris O’Donnell:

While many fans enjoyed 1995’s Batman Forever, it was 1997’s comical Batman & Robin that ended the Batman franchise for over a decade, and since then the film’s stars have opened up about their embarrassment over the highly criticized film. While George Clooney and Arnold Schwarzenegger have said their piece, O’Donnell also commented, stating, “When I made Batman Forever, I felt like I was making a movie. When I made Batman & Robin, I felt like I was making a toy commercial.” However, he also added, “Some day my kids are going to watch these and say to themselves ‘That’s daddy!'” 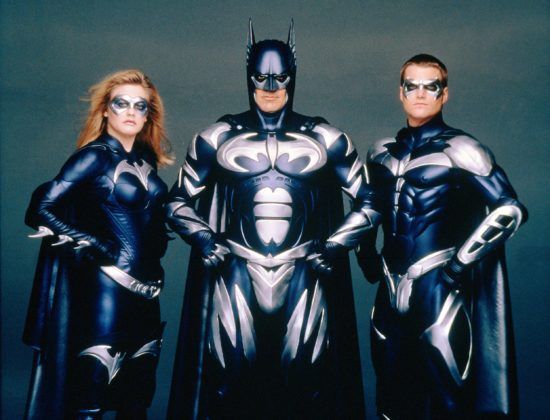 Hollywood is a cutthroat place and with only a limited number of big roles for many hopeful stars, quite often the same two celebrities get pitted against each other for roles, and with their poster-boy good looks and charming smiles, Chris O’Donnell often found himself up against none other than Leonardo DiCaprio for the same parts. When it came down to casting for the role of Robin/Dick Grayson for 1995’s Batman Forever, a lot of prominent actors including Christian Bale, Jude Law, Ewan McGregor and O’Donnell and DiCaprio were up for the role, but they finally narrowed it down to just between DiCaprio and O’Donnell. To make the decision, producers asked a group of 11-year-old boys (which was their target audience for the film) who they think would win in a fight and they selected O’Donnell, so he got the role. Not long after O’Donnell and DiCaprio went head-to-head again for another big part when O’Donnell was reportedly 20th Century Fox’s lead choice for the role of Jack Dawson in Titanic, but after auditions, DiCaprio won out. 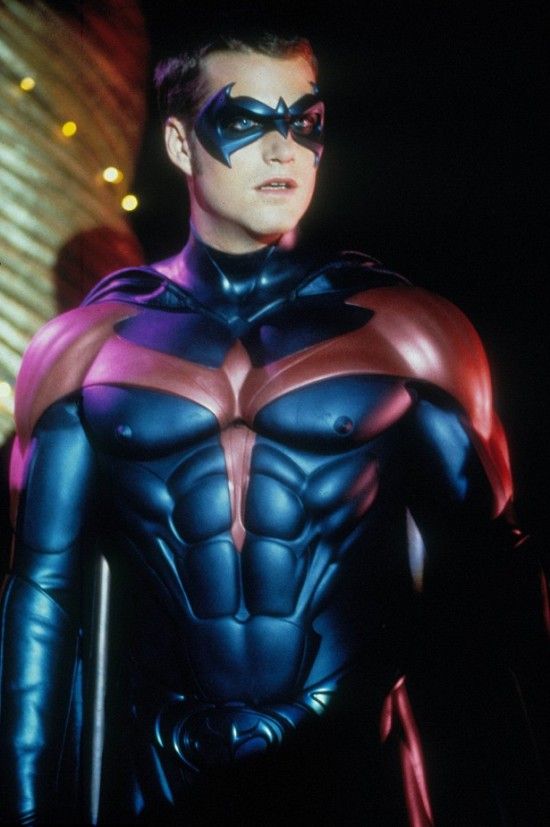 Christopher Eugene O’Donnell was born on June 26, 1970 in Winnetka, Illinois, to William Charles O’Donnell Sr. and Julie Ann Rohs von Brecht. Growing up, Chris was the youngest of seven children with four sisters and two brothers. Although he had an interest in acting early, he was diligent at school as well and went on to attend Loyola Academy from which he graduated in 1988 and then attended Boston College and graduated with a Bachelor of Science in marketing. 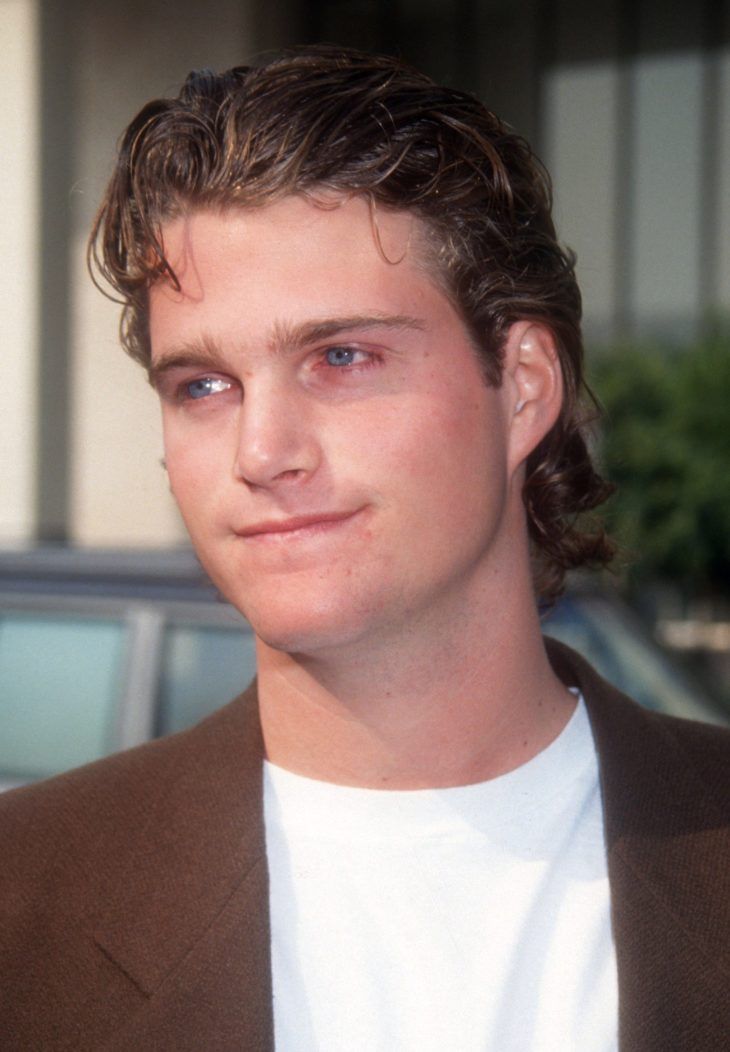 At only 13 years old, O’Donnell began modeling but his big break came when he was cast in a McDonald’s commercial as the person serving Michael Jordan. His first big on-screen role was in 1986 on the series Jack and Mike, and he landed his first movie role at the age of 17 when he won the role of  Chris Macauley in 1990’s Men Don’t Leave. After that, it didn’t take long for O’Donnell to become one of Hollywood’s most prominent young stars as he went on to star in Fried Green Tomatoes, School Ties, Scent of a Woman and The Three Musketeers from 1991-1993.

Even though he got into the business at a young age, O’Donnell has always rejected the “celebrity lifestyle” and was so good at staying down-to-earth, his college roommates had no idea he was an actor. In 1990 he was cast for The Prince of Tides, but after he got the role Barbra Streisand decided she wanted her real son to have the role instead. Since she felt badly about taking the role away, she tried to call O’Donnell personally in order to apologize. When she called his dorm, however, he wasn’t there, and the roommate who took the message was extremely confused because he had no idea O’Donnell was even in the “movie biz.” 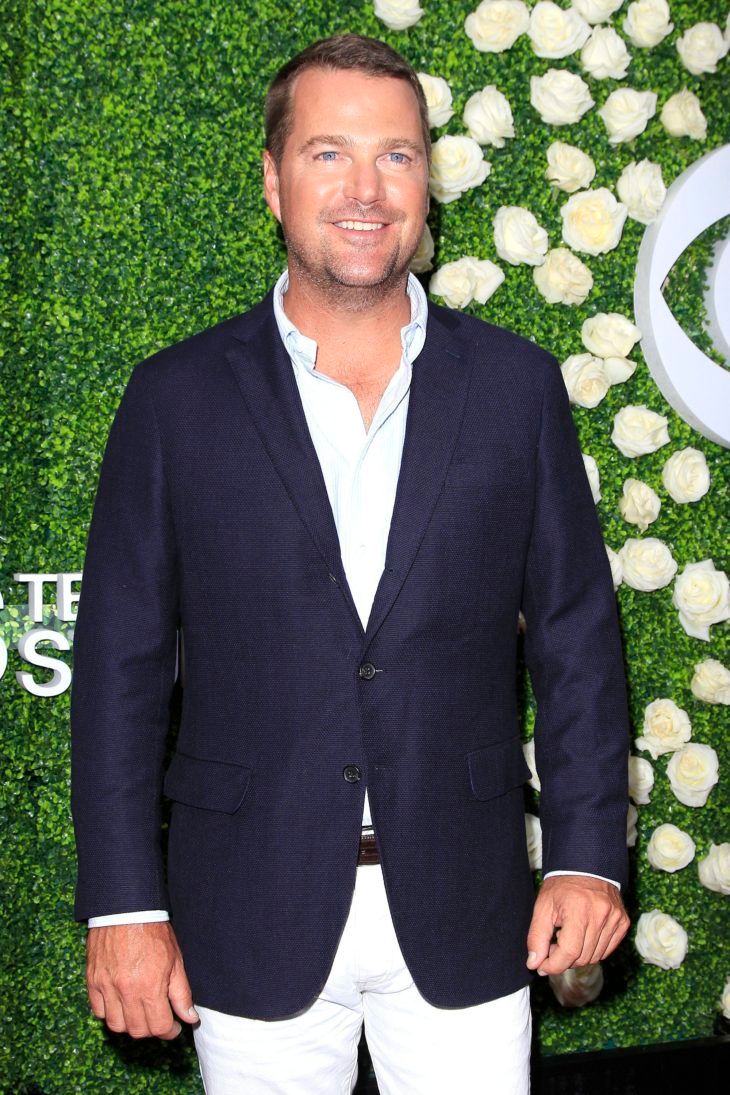 Aside from his successful career, the actor isn’t one often found in the tabloids or making waves while on the streets of L.A. and that is because when he isn’t acting he is a very busy family man. While still in college, at 22 years old, O’Donnell met Caroline Fentress, the younger sister of his roommate at Boston College, Andrew. After four years of dating the pair tied the knot on April 19, 1997 and went on to have five children together. They welcomed daughter Lily Anne in September 1999, son Christopher O’Donnell Jr. in October 2000, son Charles in July 2003, son Finley in March 2006, and daughter Maeve in December 2007. Before meeting Caroline, O’Donnell figured he would date, build up his career and marry a bit later in life, but she changed all that. “I thought I’d get married in my mid-30s,” he said, “but I met the right girl. I was enjoying being single but I always knew I wanted to have a family, so I made that choice and I wouldn’t trade it.” 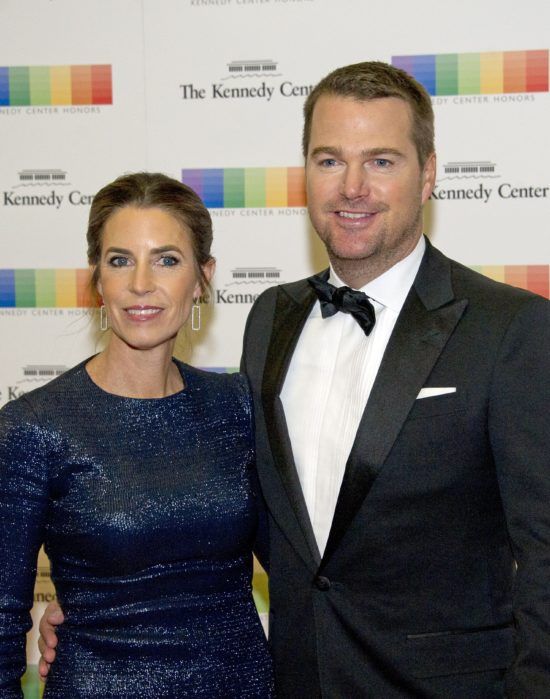 While his work as an actor is extremely important to him, there is nothing the NCIS: LA actor takes more seriously than his family, and even though he was in the midst of being one of Hollywood’s biggest upcoming stars, he made the decision to step back from it all when he married Caroline. While many accused the disastrous Batman & Robin movie for being the reason his career began faltering, his hiatus was actually to focus on his wife and his family back in the ’90s. “I was being offered these huge films that would have taken my career to a different level, and I decided to put on the brakes. I knew if I continued on that track, I probably wouldn’t have gotten married,” he told Redbook about his break with fame. 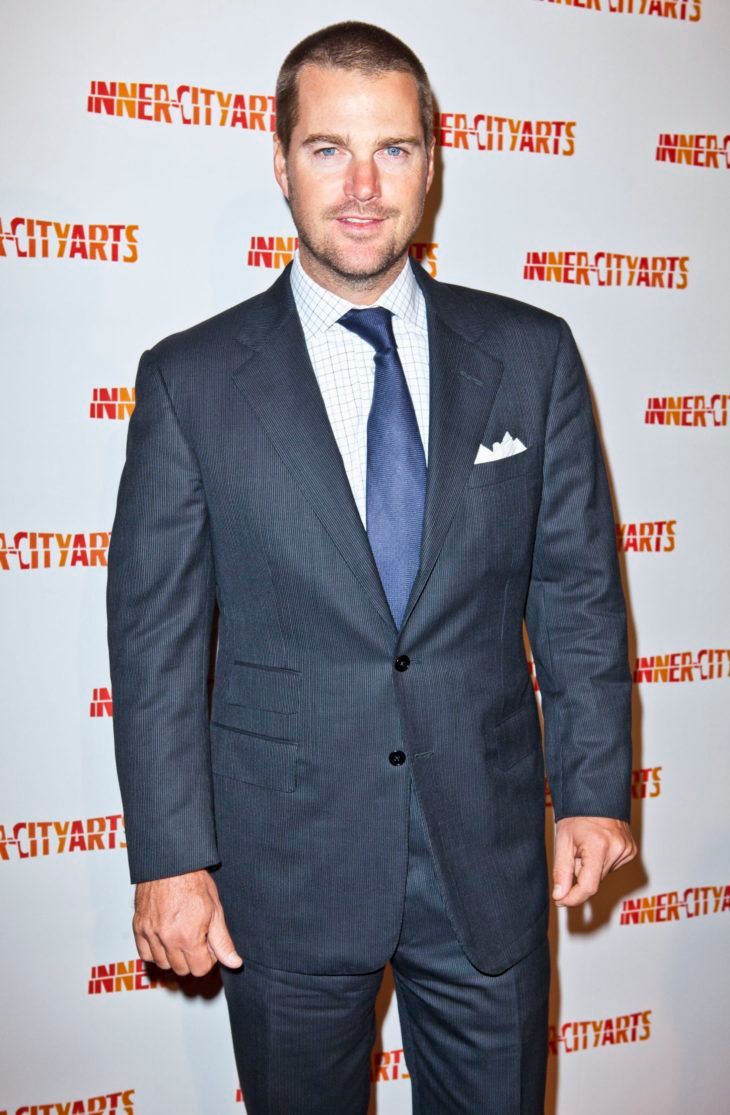 Since he has been with his wife Caroline for almost the entirety of his career, O’Donnell’s love life and connection to Hollywood’s female stars is not talked about, so it might be surprising that before meeting his wife, he was with a pretty big star. Coming off of his Scent of a Woman fame, the then 21-year-old actor briefly dated a young Hollywood hopeful, Reese Witherspoon. At the time O’Donnell was the big star, and 16-year-old Witherspoon had only recently moved to L.A. to pursue acting full time. “We hung out for a little while when Scent of a Woman came out. I did date her. It was weird because it was the first time I had ever really dated an actress. When I was in college, I never had a serious girlfriend because it was too much fun dating different girls. With Reese, it just kind of didn’t work out. It was nothing serious, to tell you the truth,” he said of the relationship. 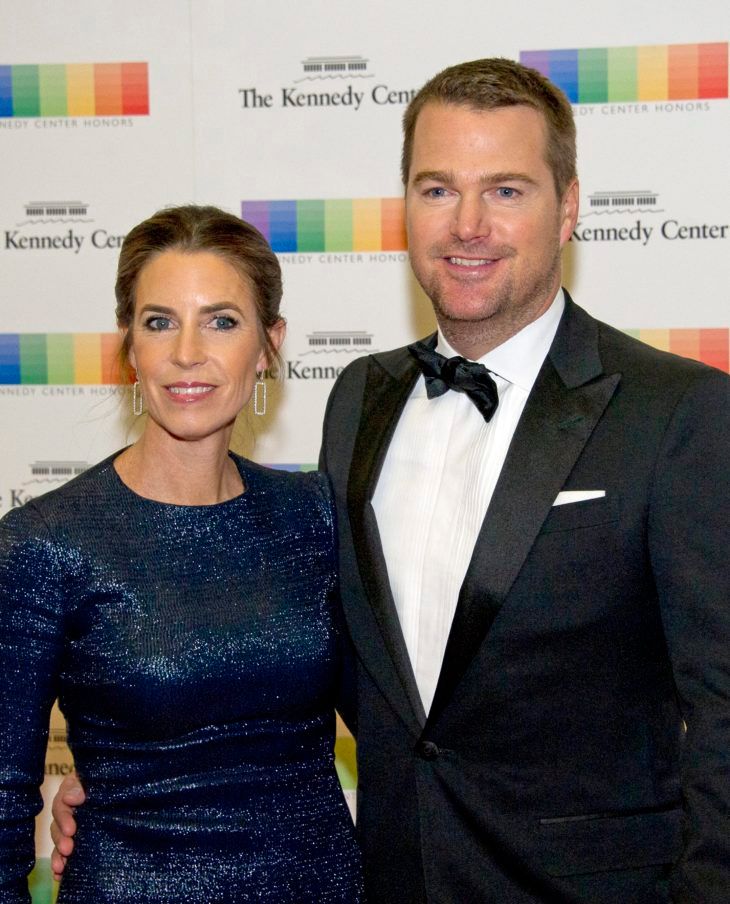 Aside from his real-life family, the handsome actor has built quite the bond with his NCIS: LA family. After playing partners on the hit crime drama since 2009, it isn’t surprising that O’Donnell and LL Cool J have created such a strong off-screen friendship. “He is the greatest guy. He has a different perspective on things, which feeds into our relationship on camera,” he said of his friendship with LL Cool J. Another thing the two have bonded over is that they are both family men and because of that have made NCIS: LA a family affair. “Last season we had both our moms on an episode, which they got a kick out of,” O’Donnell explained. “The idea was hatched after a few glasses of wine at my house. We had a BBQ and the moms were bending our producer’s ear about appearing on the show. I thought he was kidding when he agreed, but now my mom calls me every day pitching new storylines so she can come back.” 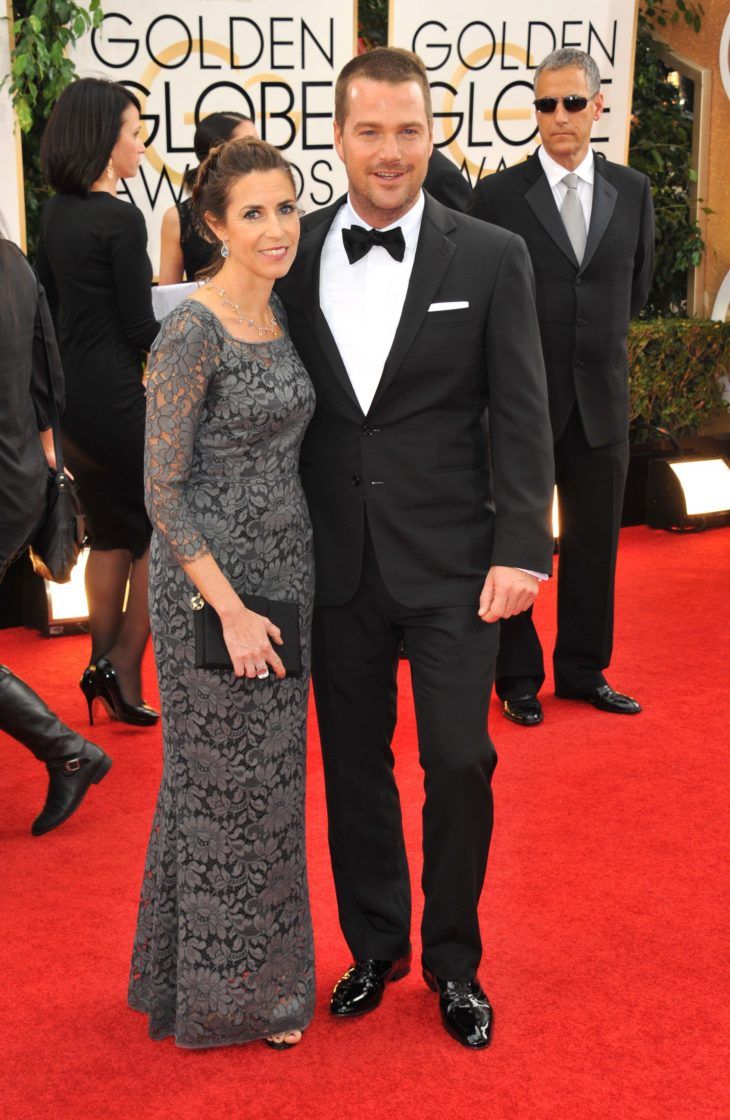 While fans are well aware how charming and talented Chris O’Donnell is, it turns out he is pretty athletic as well, and is a self-professed golf addict, joking that “Golf is my drug of choice,” and is a member to many prestigious golfing clubs including Pine Valley and Bel Air Country Club. In the late ’90s while filming Cookie’s Fortune, he spent most of his time golfing at the nearby Kirkwood National Golf Course and in 2000 he participated in a celebrity golf event which he won and raised $500,000 for the Motion Picture and Television Fund. 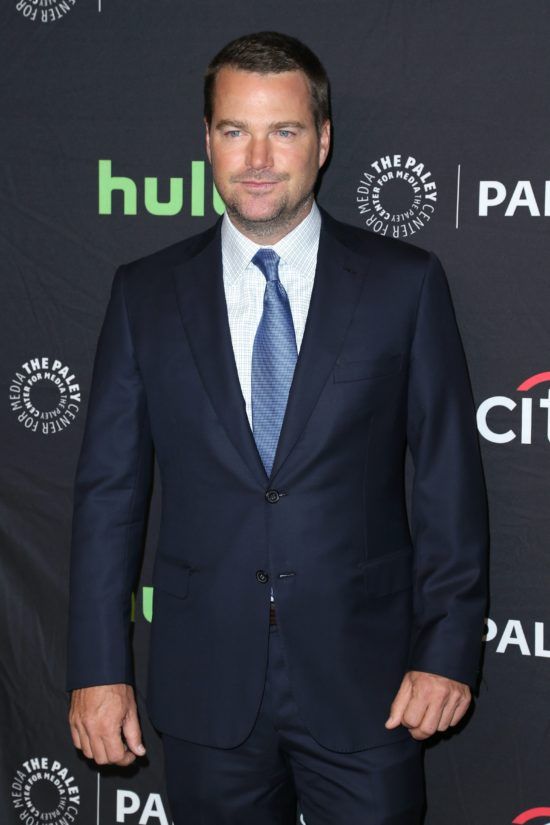