Home » Entertainment » TV » Things You Might Not Know About ‘NCIS’ 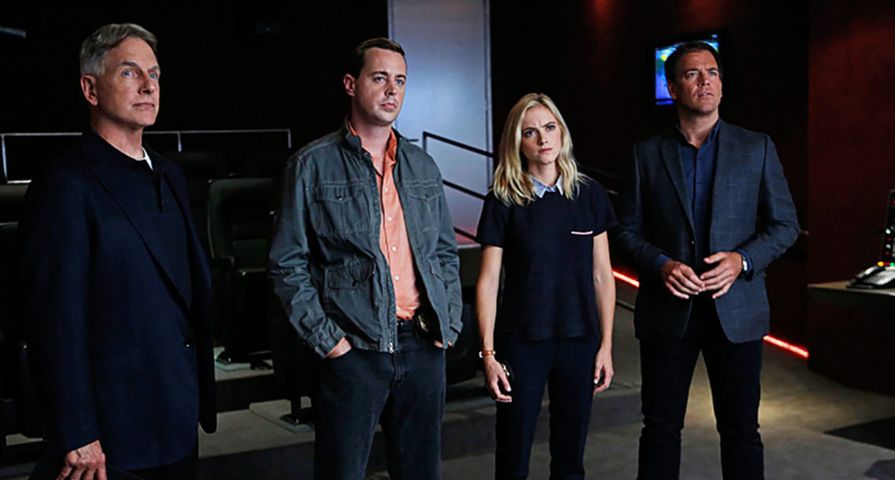 For 15 seasons, NCIS (Naval Criminal Investigative Service) has dominated as one of the most popular action police procedural series on TV in an ever-growing genre. Since beginning in 2003, it has become a ratings darling and has spawned two spin-offs which are gaining their own fanbases thanks to the popularity of the original show. A lot goes into a series of its size, and the cast becomes like family after spending so much time together. Check out 10 things you never knew about NCIS:

It is always important for actors and actresses to be convincing when playing a character, and that is always easier when they can really connect with the character they portray. As a result, NCIS uses a lot of the actor’s own histories and qualities for that of the characters. For example, Pauley Perrette, who plays Abby, really did graduate from college with a degree in Forensics, and was born in New Orleans, just as Abby was. Producers have said many times that many of Abby’s qualities, interests and personality are really just Perrette “playing herself.” Meanwhile, Michael Weatherly, who plays Tony DiNozzo, was was disinherited from his family’s fortune just like his character. Apparently his dad didn’t like that he was going to pursue an acting career!

Although NCIS has a fantastic cast, they could have had one more big name on their list. According to reports, Jennifer Aniston was interested in the role of Kate, but in order for Aniston to be a part of the show, production on NCIS would have to had wait until she had finished filming the final season of Friends and they decided not to postpone their schedule. As well, when the series first started being put together, Harrison Ford was in a quiet time in his career and was urged to pursue the role of Gibbs, but he chose not to, so the role went to Mark Harmon instead. Subsequently, Harrison Ford and his film Air Force One were name-dropped in the first episode by Gibbs.

With many police procedural shows already going by acronyms, such as CSI, it would be easy enough to have called NCIS just that. Instead, before the launch of the first season, the show was titled, Naval CIS, and then when it aired it was under the name Navy NCIS which stuck for the entire first season. Eventually, CBS decided it was too redundant as the N stands for Naval anyway.

In some episodes, there are shots of flashbacks featuring a young Gibbs played by Mark Harmon, and in order to make sure they actually looked similar, the younger version is portrayed by Mark Harmon’s real son, Sean. Meanwhile, Troian Bellisario, who plays Sarah McGee, is the daughter of NCIS producer and creator Don Bellisario, and his son Michael Bellisario took on the role of Charles “Chip” Sterling.

Surprisingly, at first, ratings for NCIS were relatively low, and in the first four seasons, they rarely even made the Top 30, but things changed drastically in season six. That season it became a Top 5 hit in the ratings and has never fallen out of the top 5 since. In fact, by 2011, it was voted America’s favorite television show and at the end of its tenth season it was the most watched TV series in the U.S. from 2012-2013.

Back in 2005, the set turned into a giant birthday party for Mark Harmon’s 54th birthday. He specifically asked that a big deal was not made out of his big day, so of course the exact opposite happened. Lauren Holly was new to the cast and was always on the receiving end of Harmon’s practical jokes, so she teamed up with Michael Weatherly to make Harmon’s birthday huge. She ordered 150 t-shirts reading “It’s Mark Harmon’s Birthday” and passed them out to the entire crew. After Harmon had gone home, they covered his trailer with decorations, balloons and pinatas. When Harmon got to set the next day seeing everyone wearing matching shirts and holding signs, he thought there had been a strike.

Back in May of 2007, at the end of season four, reports stated that creator Donald Bellisario was stepping down from the show. Quickly after it was reported that the reason was because of disagreements with star Mark Harmon. As a result, his role as showrunner/head writer was delegated to a group of long time collaborators on the show. Later, Gary Glasberg was added as the series showrunner because Shane Breennan had to focus on the new spin-off, NCIS: Los Angeles. In April 2016, the show’s long-time director revealed he had directed his final episode of NCIS, but did not specify which episode it is.

Speaking of NCIS: Los Angeles, it didn’t take long after Shane Brennan created the show and began to put it together before he ran into trouble. In April 2011, Don Bellisario sued CBS over NCIS: Los Angeles. His suit was because of a contract he had with CBS which gave him the “first opportunity” to develop a spin-off or sequel as the initial creator of NCIS. By June 2012, the lawsuit was dismissed while discussions between CBS and Bellisario continued, and settled their dispute without releasing the terms.

Sasha Alexander starred on NCIS as Caitlin Todd for the first two seasons and then went to a recurring role for seasons 3, 8, 9, and 12, and fans were very upset by her exit. While rumors indicated she had been fired, it was later discovered that she was the one who wanted to leave the show. According to Alexander, filming the series was especially exhausting, and she couldn’t handle it anymore. After her exit, Don Bellisario revealed he had intended to build on Tony and Kate’s relationship, which fans really wanted.

Despite trying to portray realistic characters and situations, as with every TV show, some things have to be a bit more glamorous. For example, the Dodge Chargers that the Navy Department agents use are a color called Deep Water Blue. As it turns out, this is a special color which costs hundreds of dollars more than a normal black or white car that most federal agencies actually use.