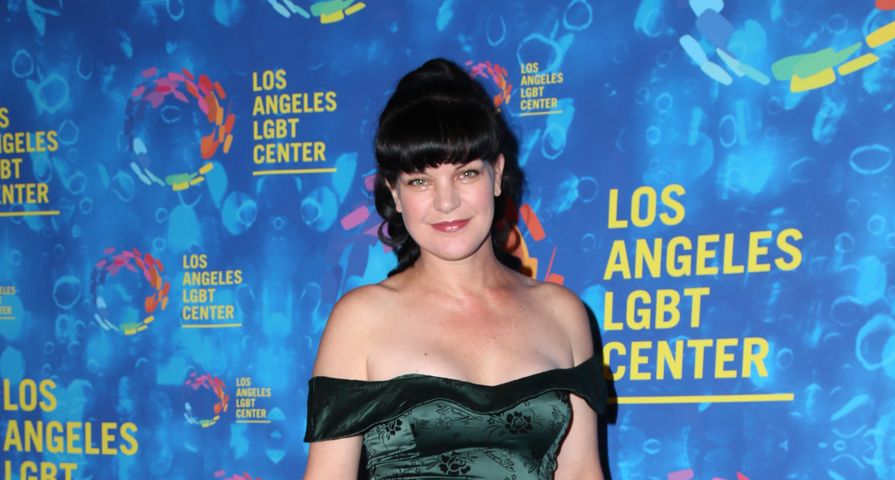 NCIS fans have come to know and love star Pauley Perrette through her longtime role as Abby Sciuto. After 15 seasons in the role, and never missing an episode, it isn’t surprising that fans associate Perrette as her character, but there is much more to the talented actress. Despite her TV success she lives a fairly low-key life and is an adamant philanthropist who is always trying to help animals and fellow people through events and charities. So get to know the lovable and talented star better with these 10 things you never knew about Pauley Perrette:

Perrette has often stated that along with her lifelong fascination of crime, sociology and pyschology, she has always loved America’s Most Wanted and in 2007 she became directly involved in the show. Perrette joined the show to try to help find the killers of two young girls, one from Detroit and one from Alabama and also put up $20,000 of her own money for reward funds.” I’m a huge America’s Most Wanted fan and I saw this show about these two different little girls who were murdered, one in Detroit and one in Prattville. My boyfriend’s family is from Detroit, and I’ve got a whole bunch of family in Prattville. I couldn’t stop thinking about it. So I contacted America’s Most Wanted and asked if I could post a reward in the cases. They asked if we could do a show about it, which was kind of weird because I’m usually more private about altruism,” she said of the experience. Later, she asked the show for help in finding whomever killed her own personal friend Lisa Williamson after she was murdered in 2007 and her home was set on fire.

Perrette is not only a talented actor but she is also a successful poet, writer, and singer, and before hitting it big as an actor her focus was on music. She was the lead singer of the L.A. grunge all-female band Lo-Ball and went by the stage name Pauley P. One of the band’s songs “Can’t Get Me Down” was featured in the hit movie Legally Blonde and her song “Fear” also called “Stop Making Friends” was recorded for the NCIS official soundtrack which was released in 2009.

Pauley Perrette was born on March 27, 1969 in New Orleans. Perrette’s family didn’t stay anywhere for long and she moved 13 times throughout her child. From a young age she had an interest in crime and civil rights and had no intention of ever really becoming an actress. In her senior year of high school Perrette was voted Best Personality and Most Easygoing and was also named homecoming queen of her senior year. After high school she attended Valdosa State University where she studied criminal justice and then moved to New York City to study at the John Jay College of Criminal Justice.

When it comes to acting, it is something she never planned on. “My dad is a firefighter and as are all my cousins, and I am incredibly proud of that. But this is all me being out here, and it’s a total accident and it’s really strange. I am the only person in my family that’s in the entertainment industry. And I studied sociology, psychology and criminal science in school, so this was just a complete accident.” Since acting wasn’t at the forefront for, she opened up about many of the odd jobs she did in New York before her on-screen career took off. “Not only was I bartending in club-kids scene, with a bra and combat boots and a white Mohawk, but I also wore a sandwich board on roller skates passing out flyers for Taco Bell in the Diamond District.” That’s not all — she also worked as a cook on a Manhattan dinner cruise boat!

While working her variety of odd jobs in New York, by chance a friend introduced her to an advertising agency director, and then she says, “I started booking commercials like crazy!” After success with commercials, she moved to Los Angeles to pursue acting further and after many small roles she landed the recurring part of Alice Cramer in Special Unit 2 which led her into her best known role as Abby Sciuto in NCIS. When she was cast, producers did not have a full character developed and ended up incorporating a lot of Perrette’s own story, qualities and interests into the character, saying a lot of the time she was just “playing herself.”

Despite her jet black hair for her role as Abby, many fans are surprised to learn that Perrette’s natural hair color is blond. Unfortunately for the star in 2014 she had an unexpected “severe allergic reaction to her character’s trademark ink-black hair color” and had to be hospitalized. Afterwards the actress said that her face had swollen “twice its size” and warned that “anyone out there who dyes their hair, particularly black, you need to be aware of the symptoms.” Now she has to use black hair spray and her team has been working on coming up with an “organic thing” for her hair dye.

Back in November 2015, the actress made one of her rare headline appearances after she took to her Twitter to share about being violently attacked by a homeless man near her home. In her lengthy post she explained, “I was jumped by a VERY psychotic homeless man. He grabbed me so forcefully, pinned my arm, punched me in the nose, forehead repeatedly telling me he was going to kill me.” She was able to escape the man and he was caught by police and charged with felony counts of making a criminal threat and false imprisonment by violence. Despite the trauma of the attack she used the incident to advocate for help for the mentally ill and homeless. “I am shaken and traumatized. My house, my beloved Hollywood. My beloved homeless people that I spend my life protecting. My life changed tonight…We need full mental health care. We need housing and help for the homeless. We need to support our cops. We need to not walk alone. I need to heal. I almost died tonight.” Only a few months later in February 2016, she was attacked by another homeless man when she offered him a dollar as he asked for money from stopped drivers at a red light. He ended up grabbing her wrist and leaning far into her car demanding to know the time. “I looked at my dashboard and first said, ‘I rebuke you satan in the name of Jesus Christ,’ Then said to him, ‘It’s 5:37.’ He held my wrist for a moment, then released and left. I have a tactical knife and a taser in my car next to me, but I thought about that dollar to give him first. Did not arm myself.”

Through her fame, Perrette has kept her personal life rather private, but her tumultuous first marriage eventually made headlines. In 2000, the actress married actor and musician DJ Francis ‘Coyote’ Shivers, but the marriage was not stable and came to a dramatic end in 2004. After their split, Perrette was granted restraining orders against her ex which he violated twice, which resulted in him serving jail time. Following their breakup Perrette alleged that she was subjected to physical, emotional, and sexual abuse during her marriage to Shivers. She then dated and became engaged to cameraman Michael Bosman but the pair split and in 2011 she announced her engagement to former British Royal Marine Thomas Arklie, but stated the pair would not marry until marriage was legal for everyone.

Thanks to her starring role in NCIS, Pauley Perrette can definitely live the luxurious lifestyle of a celebrity even though she doesn’t seem the type and is in fact a very down-to-earth person. Before the role she worked on many commercials and began landing small roles in shows such as Murder One, Frasier, The Drew Carey Show, Time of Your Life and Special Unit 2 — just to name a few. In fact, fans might be surprised to learn that including her NCIS role she has 52 different acting credits to her name! Thanks to her hard work and success the actress now has an estimated net worth of $16 million.

Much like her on-screen character, Perrette has a lot of tattoos and as it turns out her favorite of all is the one on her finger that refers to a Bible verse. The tattoo reads “12:21” which stands for the Romans, Chapter 12, Verse 21 which says “Never be overcome by evil, but overcome evil with good.” Due to her appearance many do not think Perrette would be the religious type, but she has often talked about how heavily she has relied on her faith to get her through difficult times in her life. In 2011 she opened up about her faith and said finding Hollywood Methodist made a big difference in her life, “The faces at the church and in the congregation are every size and shape and color and type, everyone coming together here. And it’s so beautiful and I thought, you know, I think that’s what God wants Heaven to look like.”