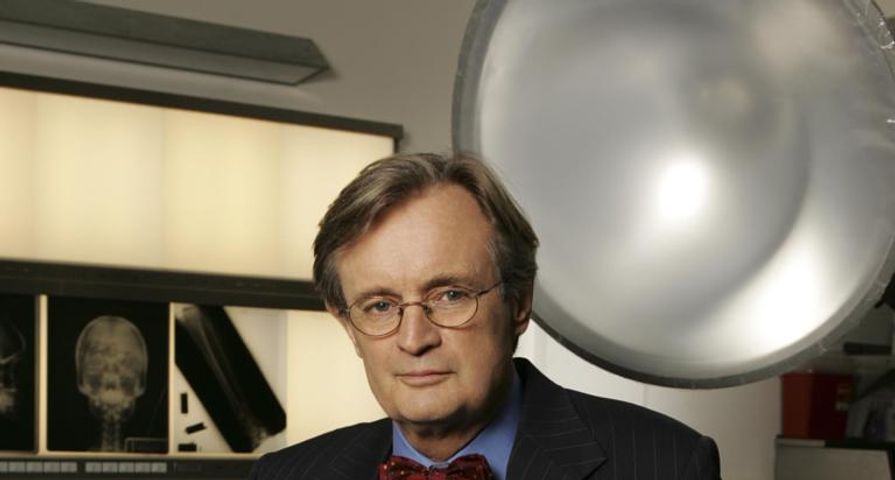 David McCallum’s acting career has spanned six decades; however, these days he is best known for his starring role on the police procedural NCIS as medical examiner as Dr. Donald “Ducky” Mallard. There’s a lot to this actor that most people don’t know about, so get to know him better with these 9 fun facts:

David Keith McCallum Jr. was born in Maryhill, Glasgow, to Dorothy Dorman, a cellist, and violinist and orchestra leader David McCallum Sr. When he was three, his father got a job as concertmaster of the London Philharmonic Orchestra, so the family moved to London. During World War II, he was evacuated back to Scotland. He and his mother lived with her sister, Margaret, for a number of years and then moved into a house by Loch Lomond, at Gartocharn. He attended University College School, an independent boys’ school in Hampstead, London, on a scholarship and after he finished with the army he was a student at Royal Academy of Dramatic Art.

McCallum became a sex symbol when he played the mysterious Russian agent Illya Kuryakin in The Man from U.N.C.L.E. His role was originally going to be a peripheral one; however, when producers saw how popular he was with the audience and how great his on-screen chemistry was with Robert Vaughn, they decided to make him a co-star on the show. While playing Kuryakin, McCallum was inundated with fan mail, receiving more than any other actor in Metro-Goldwyn-Mayer’s history, which included popular stars like Clark Gable and Elvis Presley.

He has been married twice. He married his first wife Jill Ireland in 1957. They met on the set of the movie Hell Drivers. Together, they had two sons and a daughter, Paul, Jason and Valentine, with Jason being the only one who was adopted. In 1963, David introduced Jill to his co-star on The Great Escape, Charles Bronson, and she left David and married Charles in 1968. In 1967, David married Katherine Carpenter and they have two children together, a son Peter and a daughter, Sophie. He and Katherine currently live in New York, but he spends several months every year filming NCIS on the West Coast.

Since both of his parents were musicians, the Scottish-born actor was encouraged to prepare for a career in music. His father decided what instrument David should study and settled on the oboe. While he was quite skilled with the instrument, music never interested him the way that acting did. “I played The Little Prince in Shakespeare’s King John, at one of those local things where people do skits and songs. Mine was the little prince having his eyes put out by this terrible man, and I acted it, evidently, very well, because I got a standing ovation. I wasn’t more than eight,” he told The Scotsman. “And I said: ‘Hey, hey, hey, this is kinda cool!’ I don’t know if I consciously thought it, but I had found the place I wanted to be: on a stage, with the lights and make-up and the people. I’m exactly the same to this day; the feeling has never left.” David always figured that if his acting career didn’t work out, he could always fall back on music.

At 82, he published his first novel, Once a Crooked Man, about a young actor in New York City who tries to foil a murder. According to him, he never intended to write a book. “I sat down about fourteen years ago and decided to teach myself how to write. I would write a couple of pages and then chuck them away and I kept on writing stuff, putting it away, writing stuff, putting it away, and eventually I finished a book to a certain extent, but by the time I’d finished it, a lot of it was very old fashioned and not really up to date. Three years ago, I decided it was a shame to just leave it laying about; I’d had too much fun doing it, so purely for pleasure I finished it. I showed it to a wonderful man in New York by the name of Will who decided to publish it! So, that’s how it came about. I never sat down to write a novel, it just grew out of my brain over many years,” he told Vulture Hound.

In the ‘60s, he recorded four albums for Capital Records, Music…A Part of Me, Music…A Bit More of Me, Music…It’s Happening Now! and McCallum, some of which were instrumental interpretations of hits of the day, as well as several original compositions of his own. In the ‘90s, he released one album, Open Channel D, and sang on four tracks, which included “Communication,” “House on Breckenridge Lane,” “In the Garden, Under the Tree” and “My Carousel.” The single, “Communication,” reached No. 32 on the UK Singles Chart in April 1966.

3. Obsessive About His Roles

When it comes to his roles, The Man from U.N.C.L.E. star is obsessive and likes to thoroughly research each one. For his current role as Dr. Mallard on NCIS, he trained with the Los Angeles Chief Pathologist and is now able to perform autopsies. For his role on the TV show Colditz as Flight Lieutenant Simon Carter, he prepared for it by drawing on his experience in the military when he did his National Service in West Africa, and by visiting the former POW camp in Colditz. He told The Scotsman, “I am known for being somewhat obsessive, but I felt it important to go to Leipzig. When we got there, Colditz was basically used as a mental hospital, so there was a somewhat Fellini-esque element to the whole thing. It was a long project, and it was nice to be with (co-star] Bob Wagner. He’s a lovely man, and recently guest-starred on NCIS. Colditz was a very timely, great story – and it was also regular employment for a couple of years, which is always good for an actor.”

McCallum is currently 84, but he doesn’t look it and that’s because he takes really good care of his health. “My cardiologist said ‘you may look 65 but you’ve got a lot of miles on you,’” McCallum told news.com.au. “I do Pilates twice a week. I try to move as much as I can. When you have to be at the NCIS set at seven o’clock in the morning, remember the lines and give a performance, I think that’s tremendously good for your health. It keeps you alive. I don’t want to give that up.”

The NCIS actor reportedly has a net worth of $10 million and is rumored to earn approximately $75,000 per episode on the hit show. He first gained recognition during the ‘60s when he starred in the television series The Man from U.N.C.L.E. before he moved on to other shows including Colditz, The Invisible Man and Sapphire & Steel, which have helped to establish his net worth. He and his wife Katherine Carpenter are involved in several organizations that support United States Marine Corps.