Home » Entertainment » TV » Things You Might Not Know About Doctor Who 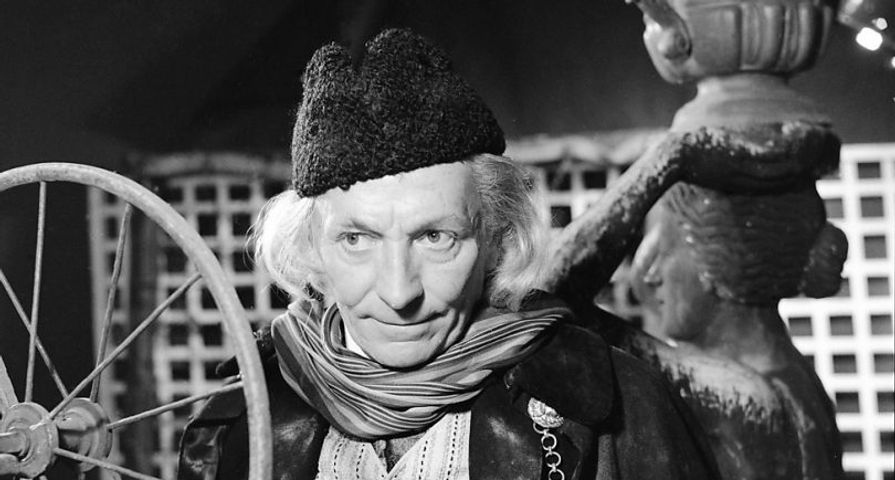 Doctor Who is the longest running sci-fi series that was ever made for TV. The show first ran from 1963 to 1989 and then was revived in 2005 and it’s still going strong over 10 years later. It’s been over 50 years since the show first premiered on BBC1, so check out these 9 things most people don’t know about the popular show:

The show was initially intended to appeal to a family audience during the early Saturday evening schedule. It was going to be an educational program that used time travel as a way to explore scientific ideas and famous moments in history. However, science fiction stories ended up dominating the show and the history-oriented episodes were dropped. Historical settings continued to be employed, but they were used as a backdrop for the science fiction stories.

William Hartnell played the First Doctor from 1963 to 1966. Near the end of his run with the series, his health began to deteriorate (he suffered from arteriosclerosis and it affected his ability to read and memorize his lines). He was also having issues with the new production team, so he was asked to the leave the show. Rather than cancel the show, story editor Gerry Davis came up with the idea that the Doctor is an alien who can regenerate himself when he is close to death. This allowed for another actor to enter the role.

One of Doctor Who’s creators Sydney Newman wasn’t interested in the idea of the Daleks because he didn’t want the show to contain any “bug-eyed monsters.” The Daleks were introduced in the show’s second serial and became the series’ most popular monsters and were responsible for BBC’s first merchandising boom. Once he realized how successful they were, he was placated.

BBC is missing numerous episodes of Doctor Who because, between 1967 and 1978, it routinely deleted archive programs due to lack of space, scarcity of materials and a lack of rebroadcast rights. As a result, 97 of the 253 Doctor Who episodes from the show’s first six years are currently missing. However, some episodes have been returned to be the BBC from other countries who bought prints for broadcast or by private individuals who acquired through other means.

The main character’s name is never revealed. Other characters only know him as Doctor and he introduces himself by saying, “I’m the Doctor.” The title comes from the assumption that when someone tells you that he/she is a doctor, you naturally ask, “Doctor Who?” One of the show’s creators, Sydney Newman, is the one who came up with the title.

In 1981, after Tom Baker left the series after seven years of playing the Doctor, he suggested to reporters at the time that the next Doctor could be a woman when he said, “Well, you’re making an assumption that it’s going to be a man.” The Fifth Doctor ended up being a man, and then it was suggested that they could cast a woman as the Sixth Doctor, but they weren’t considering it at the moment. For the Ninth Doctor and Twelfth Doctor, women were considered for the role, but ultimately weren’t cast. That’s changed now that Jodie Whittaker has been cast as the Thirteenth Doctor.

3. Actors Who Turned the Role Down

Catherine Zeta-Jones was considered for the role of the Doctor in 2008, and Benedict Cumberbatch and Hugh Grant were also offered the chance to play the Doctor, but they both turned it down. Grant was offered the role when the show was being revitalized, but didn’t want to take it because he wasn’t sure that it would be a hit, while Cumberbatch – who could have replaced David Tenant as the Lord Time – decided that he didn’t want to be part of such a huge franchise.

When the show was cancelled back in 1989, the BBC General Director at the time defended his decision, calling the show “ghastly” and “pathetic” and claiming that “it lost its way.” After it was cancelled, fans tried to get it back, but were unsuccessful. After this, there was supposed to be a feature film based on the TV show and Steven Spielberg was believed to be attached; however, nothing came of it. In 1996, Fox and BBC co-produced a TV movie, but it was unable to revive the TV series. It wasn’t until 2003 that the BBC announced that it was going to be broadcasting a new series of Doctor Who in 2005.

Film and television composer Rob Grainer wrote the theme music in collaboration with the BBC Radiophonic Workshop. While he wrote the theme, Delia Derbyshire used a series of tape recorders to cut and join together individual sounds she created with concrete sources and square- and sine-wave oscillators. Because BBC wanted to keep members of the Workshop anonymous, Grainer was prevented from securing her a co-composer credit plus half the royalties.