8 Things You Didn’t Know About Bewitched 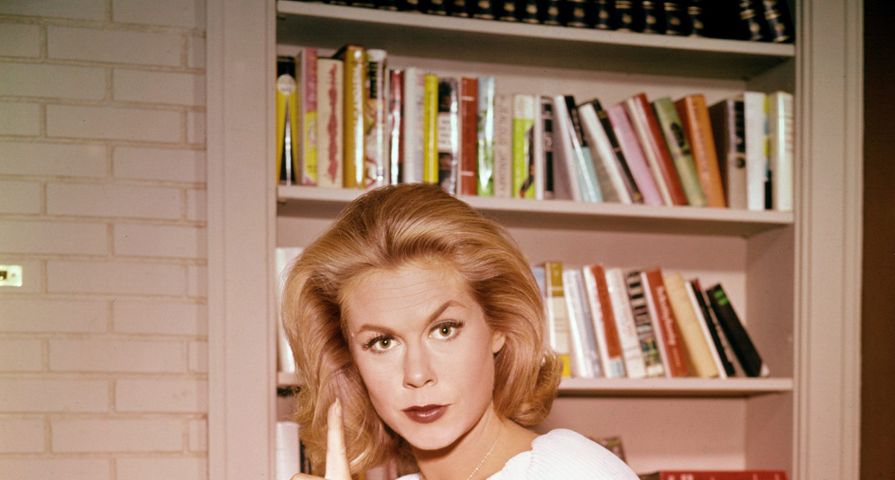 From 1964-1972, ABC had a hit on its hands with the beloved sitcom Bewitched! For eight seasons the show pulled in many dedicated fans, and love for the show has only grown with more and wider audiences as it still enjoys success in syndication. It’s popularity led the show to becoming the longest-running supernatural-themed sitcom of the ’60s and ’70s. It may now be over 40 years since the series came to an end, but many are still very passionate about the show! So take a look back on Bewitched with 10 things you may not have known about the sitcom:

The show’s success cannot be denied, but they definitely cut corners where they could. One of the series’ supporting stars, Kasey Rogers who played Louise Tate, revealed that supporting stars wore their own clothes and accessories for filming. They would bring their clothes in a week before filming and wardrobe would clean them and press them in order to have them ready for filming.

In the television industry, actors are actually replaced quite often but many networks and producers try to avoid it because of the uproar from fans, but when they do, it is now often affectionately called “The Darrin Syndrome” thanks to Bewitched. After beginning in the role of Darrin Stephens, Dick York eventually had to leave the series because of extensive back pain from a serious injury he suffered while working on a project right before the series. Eventually it became so bad that while on lunch break York went to visit his doctor and when he returned he suffered a seizure on set and never returned to the role, and was replaced with actor Dick Sargent. After it was clear York could not return, it was discussed on whether or not they should just to cancel the series, but because of the high ratings, the network didn’t want to let it go so easily. Although many offered ideas as to why the sudden change in appearance of Darrin, William Asher decided not to give the audience any explanation at all.

Sol Saks is credited as the creator of Bewitched even though he was not involved with series after the pilot episode. While creating the show, however, he did want actress Tammy Grimes cast as the lead actress. At the time, Grimes had just won a Tony award for The Unsinkable Molly Brown and Bewitched‘s lead character was supposed to be named Cassandra. Right away Grimes was not a fan of the premise of the show and was upset when she found out she wouldn’t be using her powers to stop wars or deal with the difficult Los Angeles traffic. She eventually turned the role down because of her disagreements about the character with producers and Elizabeth Montgomery was cast instead.

Back in the ’60s, Hollywood producers did not have the technology to make Harry Potter-type magic happen, which meant for Bewitched it was all done manually. All of Samantha’s “magic” was actually done by stagehands, so if she were to use her magic to clean a room, she would raise her arms in the air to work her magic. Behind the scenes, Montgomery would have to stand there with her arms up while the stagehands quickly rushed around to actually remove the items, and once the room was clean, the director would yell “action” and Montgomery would lower her arms and continue. When it came to quick outfit changes, the director would plant the actor’s shoes in one place while the actor changed, that way they would return to the exact same spot.

At first, Elizabeth Montgomery only had a five-year contract with the show and, to ABC’s dismay, once the contract was up, the actress revealed she wanted to move on in her career. In order to convince her to stay on and so that they wouldn’t lose the series in its prime, they offered her a new contract which gave her part ownership of the show. Thanks to the new contract, Montgomery not only made her money from starring on the series, but additional millions because of its success in syndication.

Actress Alice Pearce was keeping a tragic secret when she took on the role of the nosey neighbor Gladys Kravitz. Only four months before her agent told her that producer William Asher wanted her for a role in his new series, Pearce found out the she had ovarian cancer. Even though she underwent surgery, she was told her case was terminal and none of her co-workers could even tell she was sick. Peace passed away two years later in 1966 and was awarded posthumously the Emmy Award for Outstanding Supporting Actress.

Over the course of filming the series, Elizabeth Montgomery was pregnant three times but only two of the pregnancies were written in. Montgomery first became pregnant early in season one, so they disguised it using loose clothing and set pieces, but decided to use her second and third pregnancies, which gave the Stephens’ their two children Tabitha and Adam. When her character had her daughter, they even let Montgomery name her on-screen daughter. “I loved it because it was so old-fashioned,” she said of the name Tabitha.

While some characters ended up being played by two actors, Elizabeth Montgomery was the only actress who got to portray two characters! Montgomery portrayed both Samantha Stephens as well as Samantha’s cousin Serena, but many didn’t even think it was the same actress. The role of Serena was credited to the fake name Pandora Spocks which resulted in many people sending fan mail into “Pandora” not knowing she didn’t exist. Rumors from the set also indicated that Montgomery’s husband, Bewitched’s director and producer William Asher, was a particular fan of his wife as Serena and sometimes they would leave set with Montgomery still dressed as Serena and go check into a motel instead of going home.