10 Things You Didn’t Know About The Facts Of Life 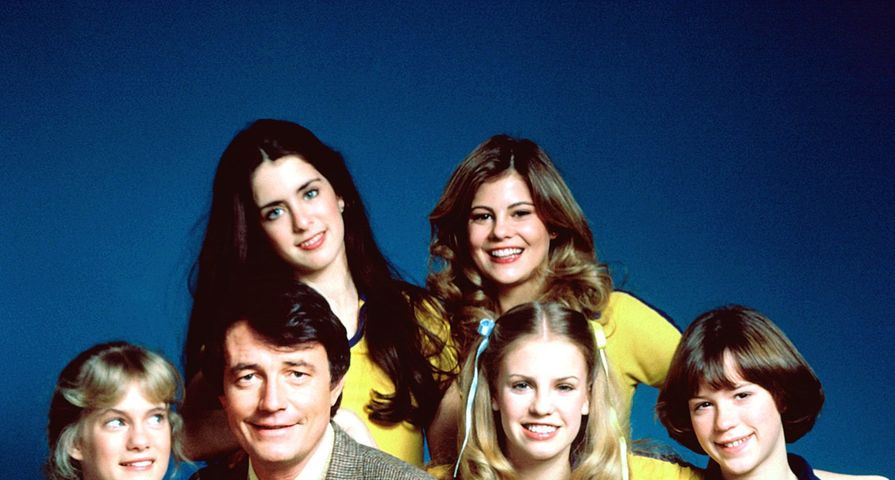 The Facts of Life was a spin-off of Diff’rent Strokes that aired for nine seasons from 1979 to 1988. Although it wasn’t a hit with viewers during its first season on air, after a major revamp during season two, the show immediately saw an increase in ratings and, by its third season, it was NBC’s highest rated comedy series. Since the show is one of the definitive sitcoms of the ‘80s, check out these 10 things you didn’t know about The Facts of Life:

The pilot for The Facts of Life aired as the last episode of Diff’rent Strokes’ first season, but it had a different name then – “The Girls’ School (aka Garrett’s Girls).” The Show Welcome Back, Kotter was said to be the inspiration. Initially, the setting of the school was going to be the school where Kimberly Drummond (Dana Plato) from Diff’rent Strokes attended, but producers decided to keep Plato on Diff’rent Strokes and there was never any mention of Kimberly being a student at Eastland again.

The Blair character was originally intended to be a fast-talking naïve girl from Texas; however, after Lisa Welchel’s audition where she read some of Blair’s lines sarcastically, producers decided to re-write the character so that she was a blue-blooded socialite from New York.

Kim Fields – who played Dorothy “Tootie” Ramsey –was a runt when the show was first being shot. She was nine when they started filming the show, but was supposed to be 12. She was so short that during the show’s first season that producers put her in roller skates so that they could avoid difficult camera angles and make her look taller.

The cast spent a lot of time on set doing nothing, so many of them decided to eat because it was readily available but, unfortunately, the cast ended up gaining weight, so the producers started restricting what the girls ate. According to Lisa Whelchel, producers sent her to various weight loss programs in an attempt to help her lose weight; however, Mindy Cohn had the opposite problem. She had been losing weight when producers asked her to stop because her character’s identity hinged on her being overweight. They reached a compromise and she was able to keep losing weight and her character wore baggy clothes to make her look heavier than she really was.

The role of Dorothy “Tootie” Ramsey was not specifically written for a black actress and Kim Fields was the only black girl to audition for the part. During her audition, she didn’t feel like she belonged and asked her mom to take her home, but her mother refused and instead gave her a pep talk on not letting anyone or anything intimidate her, and it must have worked because she landed the role!

Mindy Cohn didn’t audition for a role on The Facts of Life. She was cast after producers from the show visited an all girls’ school to do some research. Charlotte Rae – who played Edna Garrett – fell in love with Mindy’s character and decided to create a part for her in the show. “Mr. Reynolds calls me into his office. It seemed that Charlotte Rae had fallen madly in love with me, in part because I reminded her of her best childhood friend Natalie – and I was irrepressible, charming, and hilarious. So she asked the producers to create a part for me in the show. Honestly, the whole thing seemed so fantastic I didn’t know what to think,” Cohn said in a blog post for The Huffington Post.

George Clooney joined the cast for season seven and eight of the show. He later called his performance on the show “the worst combination of overconfidence and bad acting you’ve ever seen in your life.” At the beginning of his second season of the show, he was abruptly fired by the show’s new producer for sabotaging the weekly run-through of the show in front of network executives; however, Clooney denied this. According to him, the script was so bad the cast decided to deliberately give a poor performance for the network, but he had advised them against it. The show eventually rehired him, but only as a recurring character.

1. The Season Two Shake Up

During season two, the entire cast and plot of the show was shaken up and changed from a large boarding house of several girls to a tight knit group of adolescent girls. Four of the original actresses – Julie Anne Haddock (Cindy), Julie Piekarski (Sue Ann), Felice Schachter (Nancy), and Molly Ringwald (Molly)—were written out of the show and only Lisa Whelchel (Blair), Kim Fields (Tootie) and Mindy Cohn (Natalie) were kept, and another character, Jo (played by Nancy McKeon) was added.