Home » Entertainment » TV » Things You Might Not Know About Happy Days 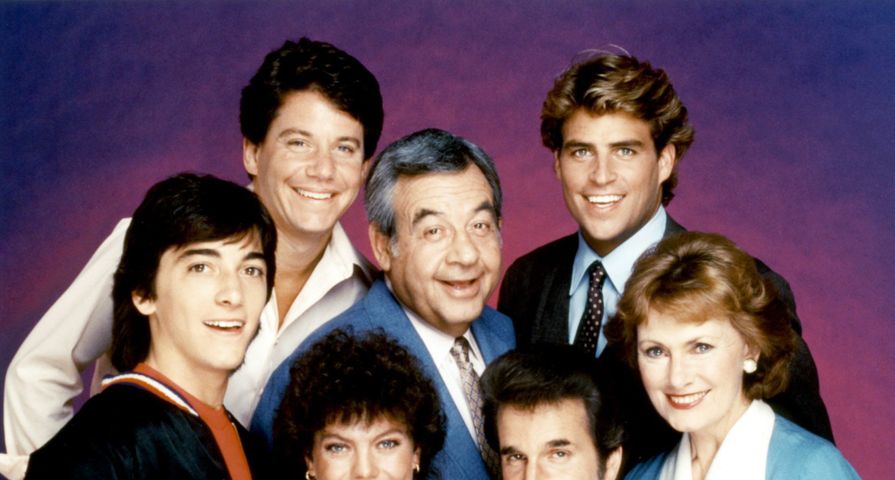 The television sitcom Happy Days was on air for eleven seasons from 1974 until 1984. The show, which presented an idealized version of the 1950s and 1960s in America, was incredibly successful and went on to spawn several spin-offs including Laverne & Shirley, Mork & Mindy, Joanie Loves Chachi, and The Fonz and the Happy Days Gang. Since the show was such a favorite, we have 9 things you didn’t know about Happy Days.

The show was originally called “New Family in Town” and starred Harold Gould in the role of Howard Cunningham, Marion Ross as Marion, Ron Howard as Richie, Anson Williams as Potsie, Ric Carrott as Charles “Chuck” Cunningham, and Susan Neher as Joanie. The pilot was filmed in 1971, but Paramount passed on making it into a weekly series. The pilot was recycled with the name “Love and the Television Set” and then “Love and the Happy Days” for presentation on the television anthology series Love, American Style. Show creator Garry Marshall and ABC decided to recast the unsold pilot and changed the name to “Happy Days.” 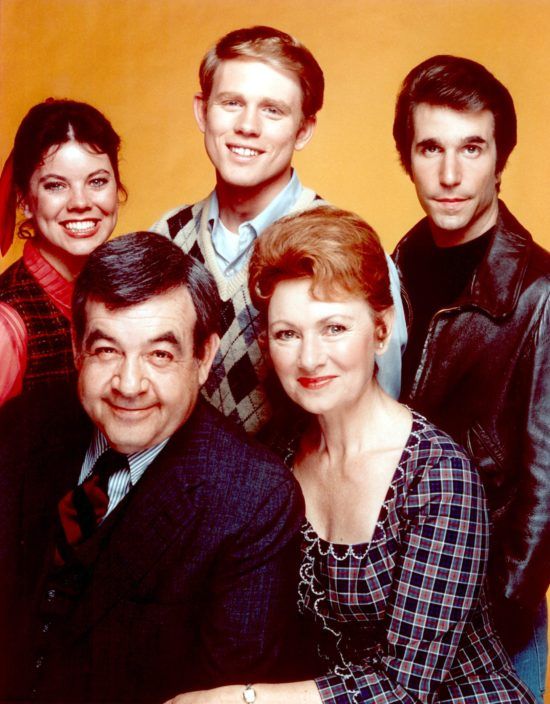 Initially, at the beginning of season one, the show was a minor Nielson hit, but towards the end of the first season, it fell out of the Top 30 and was headed for cancellation. Fonzie – who was originally cast as a secondary character – ended up catching on with the viewers, so more storylines were written to include him. As a result, Henry Winkler was credited with top billing in the opening credits alongside Ron Howard. 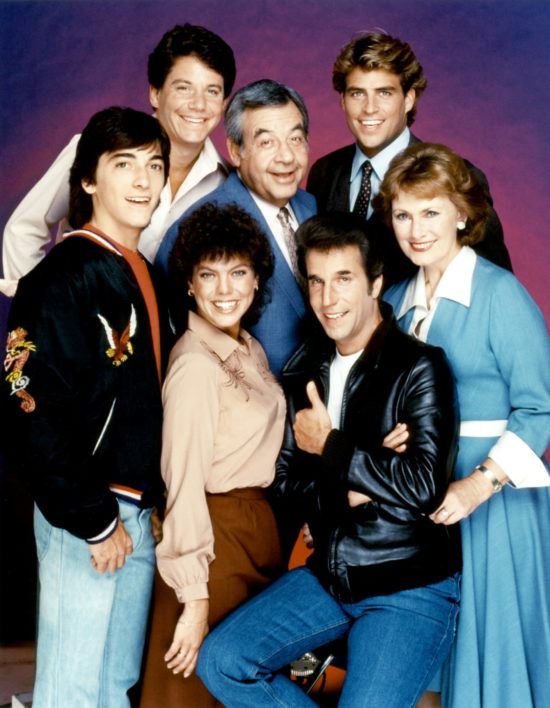 In his memoir, My Happy Days in Hollywood, Garry Marshall claimed that Henry Winkler’s character, Fonzie, became so popular that ABC told him that they wanted to change the name of the show from Happy Days to Fonzie. Marshall felt that the name change would have been an insult to Ron Howard and Winkler refused to support any change in the title. 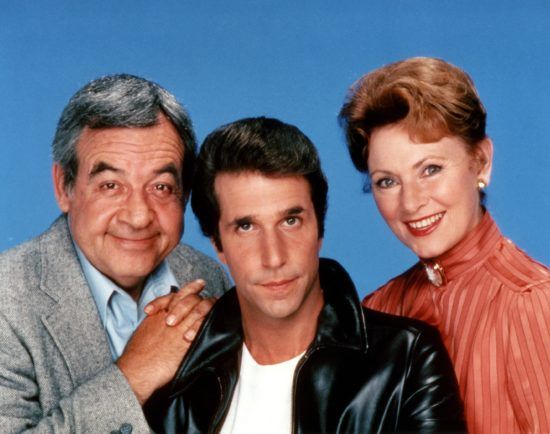 When they were casting for Richie Cunningham’s girlfriend, they let Ron Howard’s real life girlfriend Cheryl Alley (who became his wife) approve the actress. She okayed Lynda Goodfriend to play Lori Beth Cunningham. 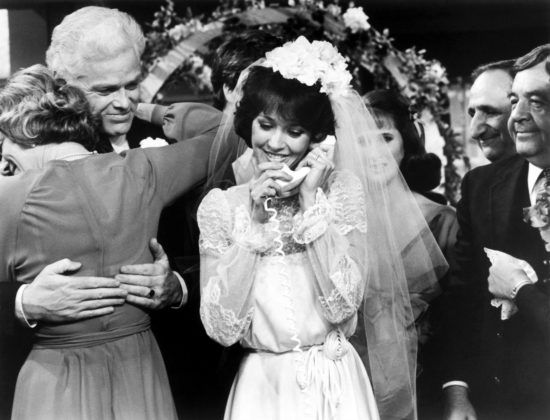 Henry Winkler was not the type of actor creator Garry Mashall wanted for the role of Fonzie. He was looking for someone who was tall, handsome and blonde and Winkler was the exact opposite – he was a short, dark-haired actor with a B.A. from Emerson and an M.F.A. from Yale. Before Marshall could dismiss him, he hired him. “Casting isn’t always about what you’re looking for. Sometimes it is about recognizing potential and what is standing in front of you. Henry wasn’t Fonzie, but he could “act” like Fonzie,” he wrote in My Happy Days in Hollywood. 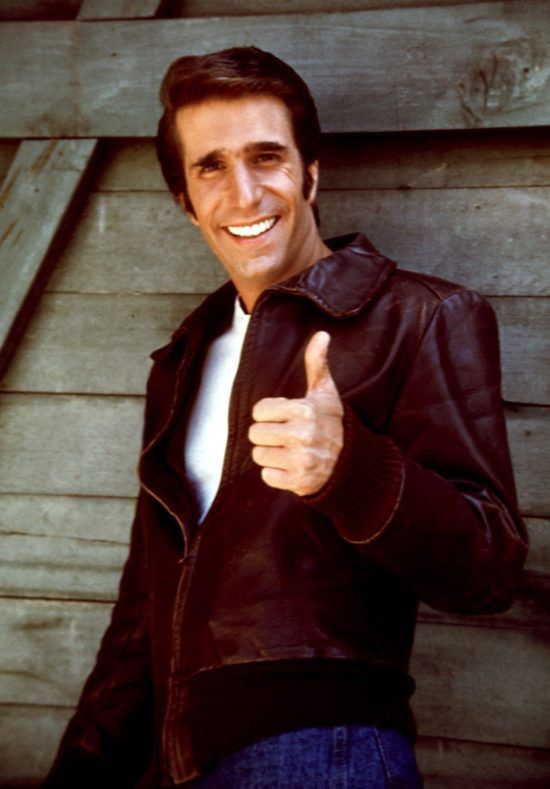 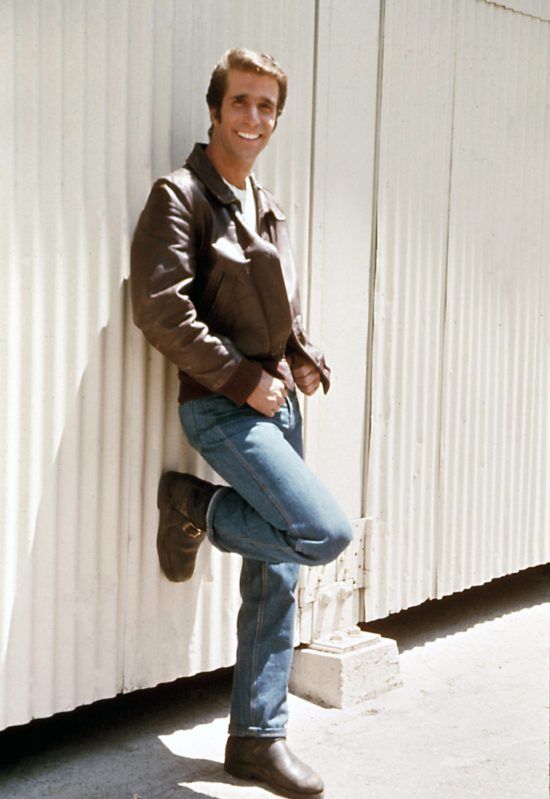 The phrase, “jumped the shark,” was inspired by an episode of Happy Days. Fans noticed that the quality of the show had deteriorated in season five after an episode where Fonzie goes water-skiing and jumps over a shark. As a result, when shows experience a sharp drop in quality, stray beyond their original premise or are desperate for ratings, they are said to have “jumped the shark.” 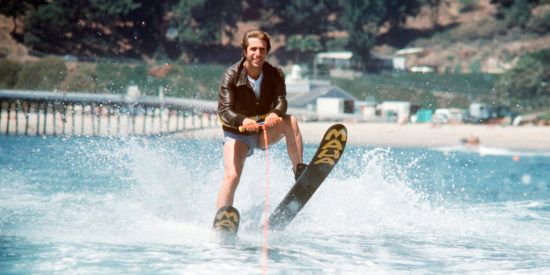 Network execs insisted that Henry Winkler be seen combing his hair while looking in a mirror to show respectability, but Winkler was vehemently against this, claiming that it would make Fonzie look like an ordinary hoodlum. “I told the director: ‘I can’t comb my hair, I made a deal with myself.’ He replied: ‘It’s written. You have to.’ So I walked up, held up my comb, then went: ‘Heeeey … that’s perfect, I don’t need to comb.’ That moment defined the Fonz,” Winkler told The Guardian.

1. Filming in Front of a Live Audience

In 1975, the show began filming before a live audience. On Mondays, the cast would read through the new script and the following day they would receive a rewritten copy of the script. Then, on Friday at 4 p.m., a 300-person audience would be brought in and the cast would do the episode, foibles and all. Afterwards, the writers would rewrite things that didn’t work and would give the actors notes over dinner, which they then would memorize during costume and makeup. At 7 p.m., they filmed before a new audience until about 1 a.m. 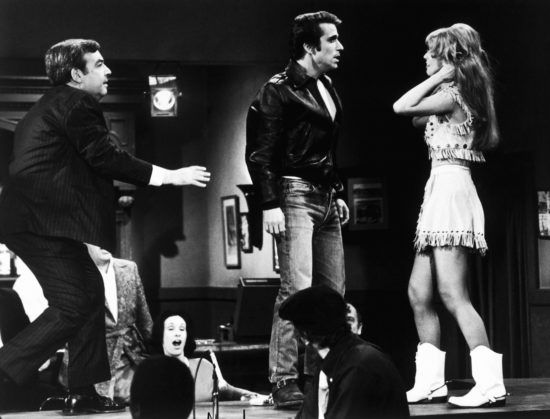