9 Things You Didn’t Know About The Jeffersons 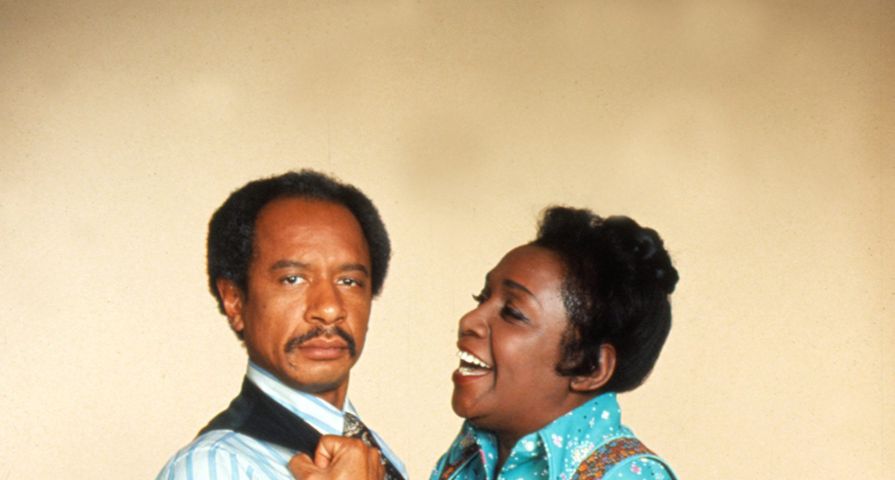 The American sitcom, The Jeffersons, ran for 11 seasons from 1975 to 1985. The show was such a hit that it has the distinction of being the second longest-running American television series with a predominantly African American cast. It’s been over 30 years since the show abruptly went off the air, so check out these 9 fun facts about the show:

9. All in the Family Spin-Off

The Jeffersons was the first show to feature a married interracial couple, Tom and Helen Willis. When the couple was featured kissing in an episode, CBS executives wanted it edited out because they feared that it would lead to riots. When the studio vice president got word of the kiss, he was terrified that TV stations would drop the series, but producer Fred Silverman lobbied to keep it. The kiss did enrage some viewers and the actor who played Tom Willis did receive hate mail as a result, but the show kept going and continued pushing the envelope.

When CBS abruptly cancelled the series, the cast was not notified until after the July 2, 1985 episode “Red Robins;” however, according to Sherman Hemsley, he found out about the show’s cancellation when he read about it in the newspaper and Isabel Sanford claims that she heard about it through her cousin who read about it in the tabloids. The cast was bitter that they never got a chance to say goodbye and that CBS never gave the show a proper series finale.

When Isabel Sanford was informed that Norman Lear wanted to do a spin-off featuring the Jeffersons, she was reluctant to commit to the show because she was happy with her recurring role on All in the Family and she wasn’t sure how successful the spin-off would be. To force her to commit to the spin-off, they told her that they were writing her character off All in the Family and moving the character to the spin-off, The Jeffersons. That helped Sanford make up her mind.

The first time that Isabel Sanford and Sherman Hemsley met on the set of All in the Family, neither one of them was impressed with the other. He found her to be pompous and arrogant and she thought that he was a know-it-all, loud mouth bully. She also didn’t find him attractive. She expected her husband to be a bigger man and Hemsley was smaller than she was.

Roxie Roker – who played Helen Willis on The Jeffersons – was Lenny Kravitz’s mom. She used to bring him to set with her. Like her character on the show, she was also married to a white man, Sy Kravitz. This came in handy during her casting interview. She was asked if she’d feel comfortable if her character had a white husband and she responded by showing producers a photo of Kravtz.

The Jeffersons’ had one spin off, Checking In, which was centered around the family’s housekeeper, Florence, played by Marla Gibbs. It only lasted four episodes before it was cancelled, after which Florence was able to returned The Jeffersons as their housekeeper again.

Initially Sherman Hemsley was reluctant to complain about scenes that he considered racist, so instead of speaking up, he would purposely flub his lines. Eventually this forced the director to have the scenes rewritten. He wanted his character to evolve and stop using derogatory terms like “honky” to refer to his character’s white friends.

The cast didn’t feel as though CBS supported the show. During The Jeffersons’ 11-year run on CBS, the show was placed in 15 different time slots, which is unusual for a popular, long-running series. This made it tough for the audience to find the show. During its last season on air, it was put in the 8-9 time slot on Tuesday nights opposite Mister T on NBC, which was considered a death knell for any show.