Home » Entertainment » TV » Things You Didn’t Know About ‘The Waltons’

Things You Didn’t Know About ‘The Waltons’ 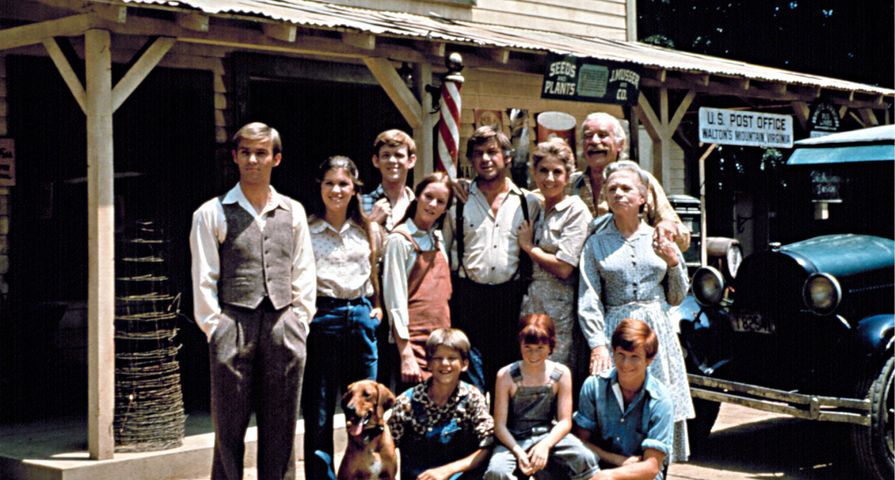 Back in the ’70s and ’80s, a lot of networks focused on wholesome family series which led to huge hit shows such as Little House on the Prairie, The Brady Bunch, and The Waltons. The Waltons first aired in December 1971 as a television movie before premiering the series in 1972 and went on to have nine very successful seasons before coming to an end after being canceled by NBC in 1981. More than 35 years later take a look back at the beloved show with these 10 things you never knew about the series, the cast, and life on set:

The Waltons was created by Earl Hamner, Jr. and was based off his book Spencer’s Mountain which was turned into a 1963 film of the same name. As it turns out, Hamner based the book and subsequent film and show off of his own family. He grew up with seven siblings after whom he based each Walton child, and based the Walton grandparents after his own grandparents.

Before Michael Learned became the beloved matriarch of the Waltons, the role was actually given to Patricia Neal. Unfortunately Neal’s previous health issues became a problem and Learned had to be brought in to replace her. Meanwhile, producers first wanted Henry Fonda to star in the series as John Walton after he had the lead role in the 1963 film. Instead Fonda saw the two-hour pilot and said, “What do you want me for? The kid is the star! The whole family is the star! You don’t need me.”

Instead of being on Walton’s Mountain in rural Virginia, the Walton house was actually located to the north of Warner Bros. Studios in Brubank, California, and the slope of the mountain was actually a slope of the Hollywood Hills. In the late ’90s, the house was dismantled and moved to the Warner Bros. ranch lot at Hollywood Way and is still used as a workable exterior set. In fact, the exterior was famously used as the set of the Dragonfly Inn in season one of the hit series Gilmore Girls.

By basing the series and family after his own family, Hamner also incorporated some of his family’s routines and traditions which includes the iconic “goodnight” sequence at the end of each episode. Hamner explained that he and his family used to say goodnight to each other repeatedly until their father would tell them to be quiet. There are only a few episodes where the episode doesn’t end with the goodnight routine including the two part episode “The Outrage” in which President Roosevelt dies.

After the show came to an end, much of the cast spoke out about how they were treated on the show, and many were not happy. Eric Scott, who played Ben Walton, said that the young actors were taken advantage of, adding they got paid very little even though they essentially dedicated their childhoods to the series. The cast often joked about how cheap Lorimar Productions was, and one time Michael Learned even confronted the producers about their attitude towards the cast. “She went to the producers and said, ‘These kids have given you years of their lives and you can’t get them something?’ We ended up getting a little muffin basket with, like, three muffins in it,” Judy Norton explained.

For some The Waltons is best known for being one of the first long-running roles of the late, great John Ritter, who portrayed Reverend Matthew Fordwick through 18 episodes. When he left the show after 1976 it was because he had landed his iconic role on Three’s Company and later said his only regret in taking the part was the fact he had to leave his role on The Waltons.

Ralph Waite as John Walton and Michael Learned as Olivia Walton proved to be the perfect choices to lead the Walton family, but they weren’t without their troubles. Both actors admit to have had a problem with alcoholism while the show was going on, and Waite credits his on-screen family for helping him get sober. “He credited the show for being the reason he got sober. He said, ‘I sat there one day at the kitchen table with all you kids and I felt like such a fake.’ He took himself to AA and got sober,” Judy Norton, who portrayed Mary Ellen, revealed. As for Learned, she apparently hit rock bottom with her drinking around season five and got sober between season five and six. Later, Learned also revealed that she tried dating her on-screen husband in real life! “We were both single. So I drove out to Malibu, but we just looked at each other and said, ‘Nah, I don’t think so.’ So all of our lovemaking was on-screen!”

Given the time the show was filmed and when it was set, many Hollywood actors hid their sexuality because it was not accepted. It was later learned that Ellen Corby, who played the strict Grandma Walton, was actually a lesbian off-set, and Will Greer, who played Grandpa Walton, was bi-sexual and went on to have a serious relationship with Harry Hay who went on to be one of the key figures of the gay rights movement.

After years portraying the squeaky clean and wholesome family, many of the child actors who grew up on set were eager to shed the image they had come to be known by through their Walton roles. Judy Norton, who portrayed Mary Ellen, shocked many when she went nude for a Playboy spread in 1985 in an effort to shed her good girl image. Unfortunately the photoshoot did not exactly boost her career and she later said she regrets doing it if only because it seems to be the only thing anyone wanted to talk to her about even a decade after. Similarly, Mary McDonough, who portrayed Norton’s younger sister Ellen, made the decision to get breast implants after The Waltons came to an end in hopes she would get better roles. Shortly after, however, she began suffering serious health issues which she attributes to getting bad implants and has become an activist for women’s health issues.

Despite launching the show, it seems very few people had high hopes for The Waltons when they turned the two-hour TV movie into a series. Even CBS weren’t so sure about their own show, especially since it was competing with NBC’s The Flip Wilson Show and ABC’s Mod Squad. Surprisingly, however, The Waltons came in and beat out both shows in ratings and Mod Squad was canceled by the time the season came to an end. Meanwhile Flip Wilson saw what was happening and opted to leave his own show, bringing it to an end in 1974. At first Ralph Waite was not going to audition for the role of John Walton because he didn’t want to be locked into a long-running TV series, but even his agent didn’t have high hopes for the series and convinced him to do it. “It will never sell. You do the pilot. You pick up a couple of bucks and then you go back to New York.”