10 Things You Didn’t Know About Dukes Of Hazzard 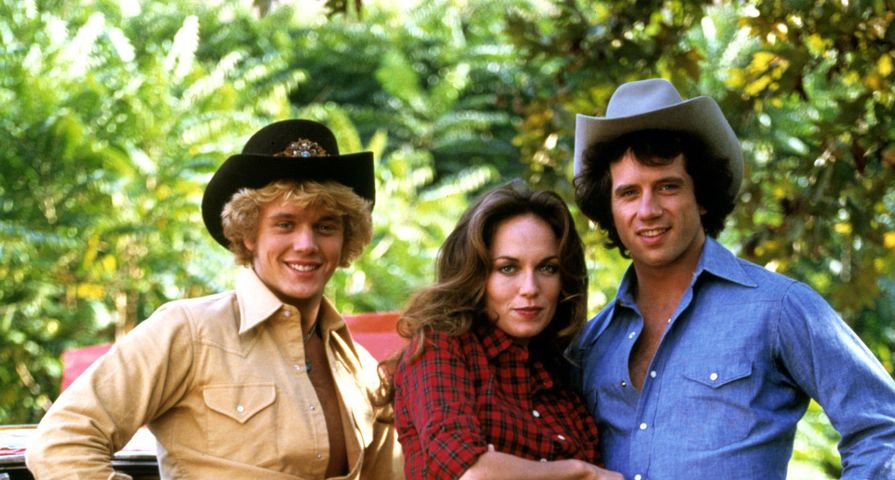 The Dukes of Hazzard was a show that aired on CBS from 1979 to 1985 and followed the exploits of the Duke brothers, Bo and Luke, who live on a family farm in fictional Hazzard County, Georgia, with their cousin Daisy and their Uncle Jesse. The show was a huge ratings mine for CBS and spawned spin-offs, video games and a movie. Since it has been over 30 years since Dukes went off the air, we have 10 things that most people don’t know about the popular show:

The show was inspired by the 1975 film Moonrunners, which was about a Southern family that runs bootleg liquor. Gy Waldron created it with ex-moonshiner Jerry Rushing. The show and the movie had some major differences though. While Dukes of Hazzard was a family friendly comedy, the movie was much cruder and edgier.

Source: The League of Dead Films

Dukes of Hazzard was initially going to be a mid season replacement for the failed series, Captain America, but when execs at Warner Bros. were impressed by the rough preview cuts of the completed episodes, they saw potential and realized that it could be developed into a full-running series.

Jerry Rushing – whose own experiences as a bootlegger were used in the show – had a guest role in the episode “Repo Man,” which he thought was going to become a recurring part to compensate him for giving them material. This led to a legal dispute with Warner Bros. over the rights to characters and concepts that were on The Dukes of Hazzard.

The first five episodes were filmed in Covington and Conyers, Georgia, and surrounding areas, with some location work being done in Atlanta. After the fifth episode, Warner Bros. decided to move production to their lot in Burbank, California, to simplify production and a larger workshop to service the large number of cars needed for the series.

During production, there were a lot of crashes on set. While replacing the police sedans was easy, replacing the General Lee was much more difficult because Dodge had stopped making the Charger. Producers were so desperate for the 1969 Dodge Charger that, if they saw a 1969 or 1968 Charger on the street, they would ask the owner to buy it on the spot.

The network censors initially thought that Daisy Duke’s cut of shorts were a little too revealing for television. The only way that they could get the shorts on air was to make Catherine Bach wear flesh-colored pantyhose with them to ensure that viewers didn’t see anymore of her than intended.

Sorrell Brooke – who played the Duke family’s nemesis D.J. Hogg – was only slightly overweight, so to get a grotesquely obese look, he had to wear a fat suit in all but the first five episodes of the show, which caused his girth to measure five feet around.

In 1982, as production was about to start the show’s fifth season, two of the show’s stars, Tom Wopat and John Schneider, demanded pay raises, claiming that they were owed royalties from the show’s merchandise. They filed a $25 million lawsuit against Warner Bros. and didn’t report to set for filming to protest the matter. Producers replaced their characters, Bo and Coy, with Luke and Vance for the 1982-83 season. The show experienced a fall in ratings as a result and, after the dispute was settled with Wopat and Schneider, they returned for the last four episodes of the season and then Luke and Vance were immediately written out of the same episode.

2. John Schneider Lied About His Age

When casting the role of Bo Duke, producers were looking for someone around the age of twenty-five. John Schneider was only 18 at the time, but told producers that he was 24. He showed up for his audition wearing a t-shirt and blue jeans, carrying a six pack of beer and put on a Southern accent despite being from New York City.

Daisy Duke was initially supposed to resemble Dolly Parton, but Catherine Bach’s audition was so strong that producers changed their minds about the character and allowed her to style the character as she wished.