Things You Might Not Know About ‘I Love Lucy’ 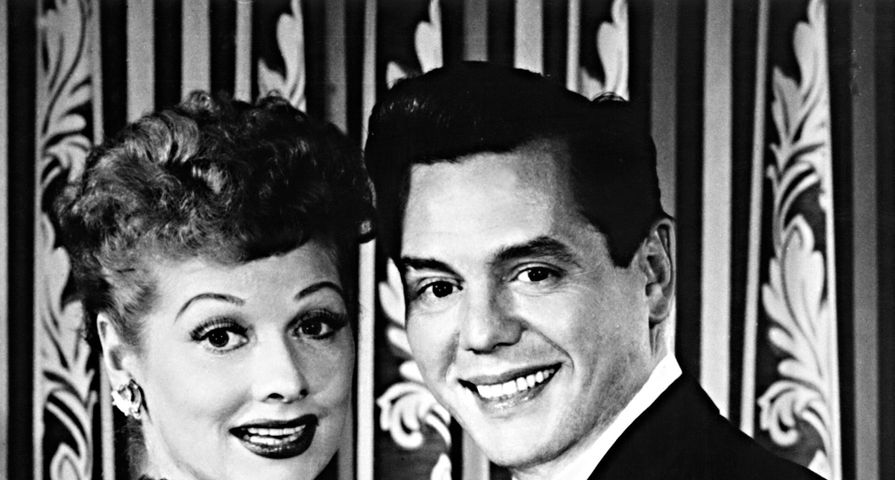 I Love Lucy is a classic series and absolutely no one could predict just how popular and enduring it would become. The black and white series starring Lucille Ball, Desi Arnaz, Vivian Vance and William Frawley first premiered on October 15, 1951 and ran until May 6, 1957 during which time it won five Emmy Awards and was applauded by an enormous fanbase. I Love Lucy was a trailblazer, and despite being off the air for more than five decades, fans still love to watch the series on reruns and even new fans discover how special it really is.

Before I Love Lucy hit the small-screen, it was originally a radio program called “My Favorite Husband” and it was Lucille Ball’s decision to try it out on TV. According to Ball, she had a dream featuring her late friend Carole Lombard who had died in a plane crash, who told her to take the risk of entering television and getting off the radio. Of course, the show instantly hit obstacles, beginning with the fact that her one condition with CBS was that her real-life husband Desi Arnaz would play her on-screen spouse. CBS argued that no American viewers at the time would believe that an all-American housewife would be married to a “foreign” man, even though the pair had already been married for more than ten years in real life. In order to convince the network how great they were together, Lucille went on tour with Arnaz’s band in the summer of 1950 and inserted a skit in the middle of their concert that audiences loved, and CBS knew they couldn’t pass up on it. 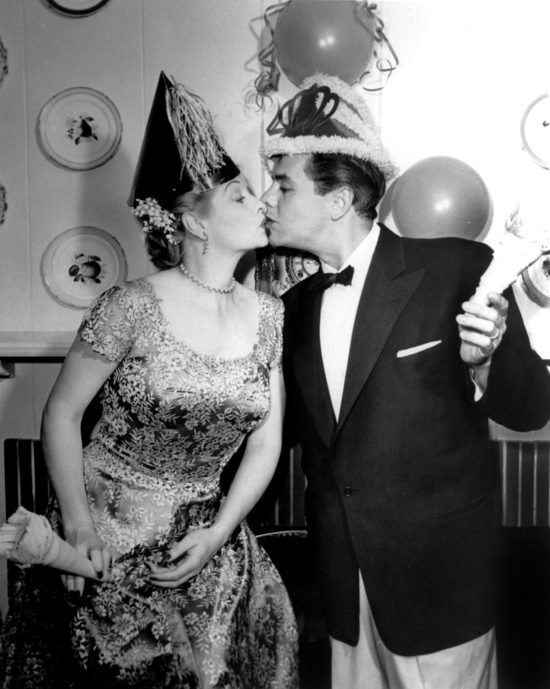 I Love Lucy changed the face of television in many ways, and one of the biggest was the invention of the rerun episode which is credited to Desi Arnaz. When Lucille Ball gave birth to the couple’s second child, Desi Arnaz Jr., Arnaz felt that she needed a break so he created a plan to re-play some of the hit episodes with some changes to scenery and lines in order to take some of the demand off of Ball so that she could spend time with their newborn, creating the rerun. 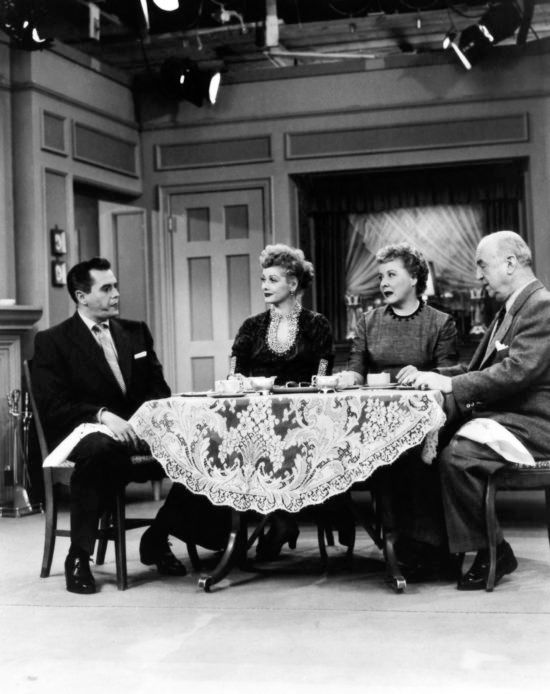 I Love Lucy was the very first series to film using a three-camera format and one of the biggest obstacles was working around the live audience which was necessary because Ball always worked best when she got immediate feedback from her audience. Around 300 live audience members were present at every taping of an episode, and the stars were so good that the episodes were filmed almost entirely from start to finish with rarely any need to retape scenes. Most surprisingly off all, despite the situational humor, Ball revealed that nothing was ever ad-libbed. “We never ad-libbed on the set when we were putting it together. It was all there,” she explained. 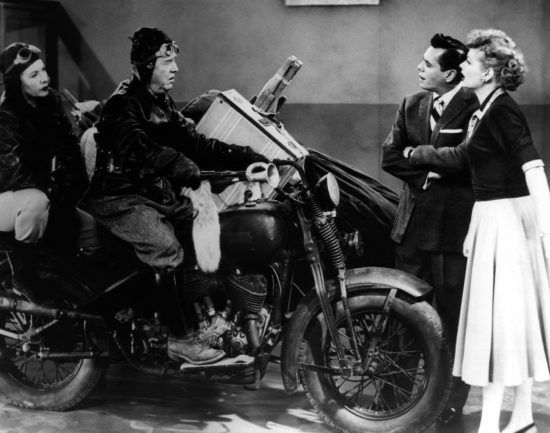 Desi Arnaz was a big personality, but to his dismay, it didn’t match how big he was in real life. Although Arnaz always said he was 5’11” he was really 5’9″ and wore four inch lifts in his shoes in order to make him appear taller. On set he also used a cushion that couldn’t be seen by the audience, but would make him taller than Lucy when they were sitting and also made it easier for him to stand in his lifted shoes when he got up. Although Arnaz was known as a womanizer and heavy-drinker which often tested his marriage to Ball, he was a very good actor and he reportedly only needed to read a script once in order to learn all his lines. 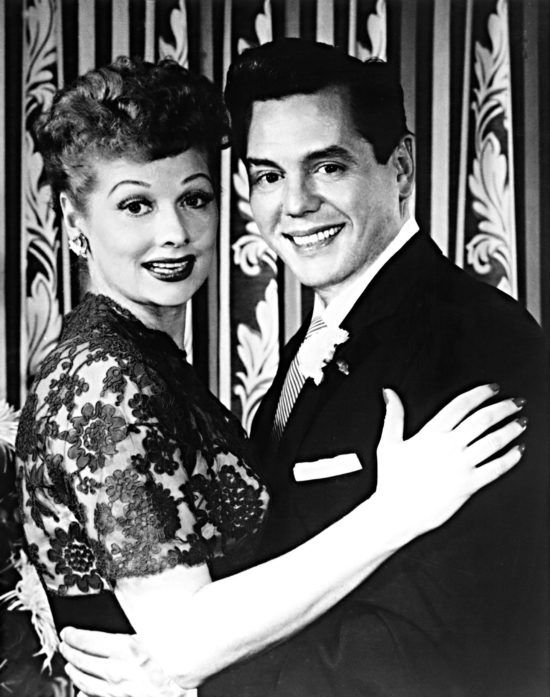 As the neighbors to the Ricardos, the Mertzes were an interesting pair. In real life Vivian Vance (Ethel Mertze) and William Frawley (Fred Mertz) actually had a 22 year age gap, and even though they played spouses on-screen, they hated each other off-screen. Despite some name-calling, the pair were professional enough not to jeopardize their jobs and few even knew they didn’t get along. Several of their fellow co-stars didn’t even know about the hostility between the pair until years after the series came to an end. 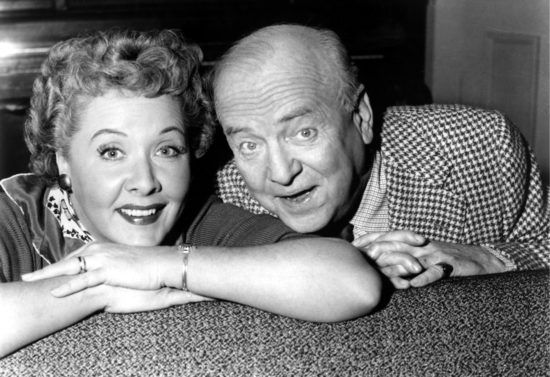 After successfully getting through Ball’s first pregnancy in the first season, her second pregnancy in season two created a panic on set and also became another reason I Love Lucy broke barriers. When writers decided to write the pregnancy into the couple’s storyline because of how much she changed during pregnancy, Lucille Ball became one of the first female leads to ever be visibly pregnant on-screen. Since it was such a huge risk at the time, Arnaz had to hire a Catholic priest, a minister, and a rabbi to review each episode to make sure there was nothing that would be objectionable or offend viewers. CBS also took extra precautions by deeming the word “pregnant” as too vulgar and they could only use the term “expecting” to describe Lucy’s condition. 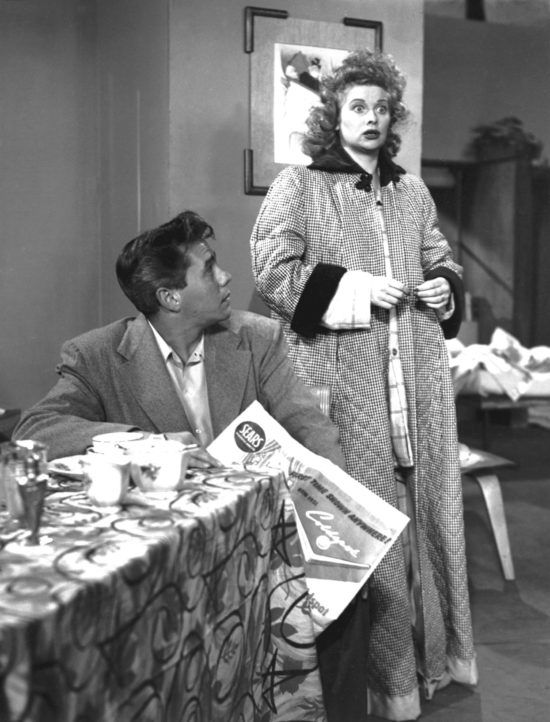 Casting the character of Fred Mertz proved to be more difficult than anticipated for the show. Ball at first wanted Gale Gordon, whom she had worked with on her radio show, but since he already had a full time job on another radio program they turned to James Gleason, but he also didn’t have the time. Eventually they came upon William Frawley who inquired personally if there was a part for him, but CBS had its reservations because Frawley was a known alcoholic, but Arnaz lobbied for him so Frawley was hired on the condition that if he missed work for any reason than real sickness he would be fired, and it was understood that he would be sober while working. As a result of the conditions, his character is often seen with his hands in his pockets because then his shaking hands from alcohol withdrawal wouldn’t be seen. 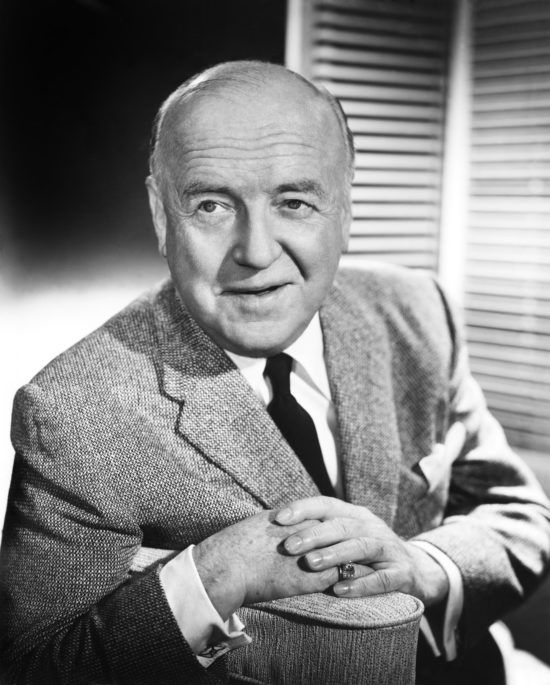 The episode “Lucy’s Italian Movie” has become one of the most iconic out of the entire series, but it was not without its trials. At first, no vineyard wanted to donate the grapes for the scene because they would be wrecked, and after finding one that did, they demanded that the episode include a part of the script that states foot-pressing was outdated and no longer commonly used in wine making in Italy. Things only became more complicated as filming began involving a local extra who wrestled Lucille in the vat. Apparently the woman didn’t speak English and some of the scene got lost in translation so, during the fake-fight, she held Lucille’s head under so long that Lucille actually almost drowned. 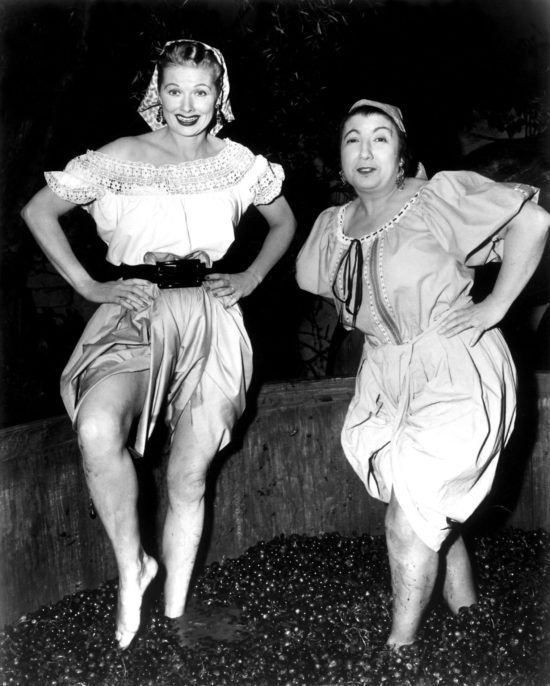 Lucille Ball became defined by her head of fiery red hair but in reality, her hair was naturally brown. Ball first died it blonde when she entered Hollywood and then eventually died it red in 1942 for the film Dubarry Was A Lady. After finding her signature hair color, she kept it for more than four decades all the way into 1989. Her popularity landed Lucille Ball the very first cover of TV Guide and she would go on to appear on the cover 39 times, more than any other celebrity. 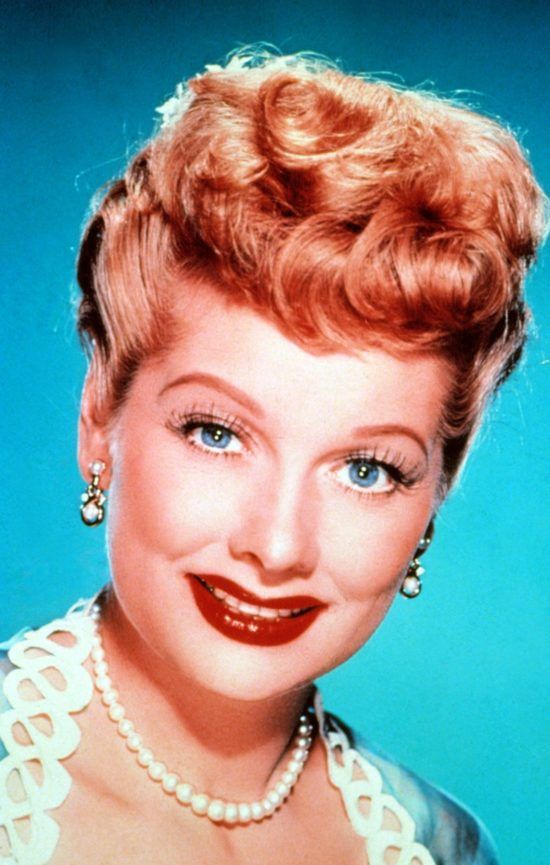