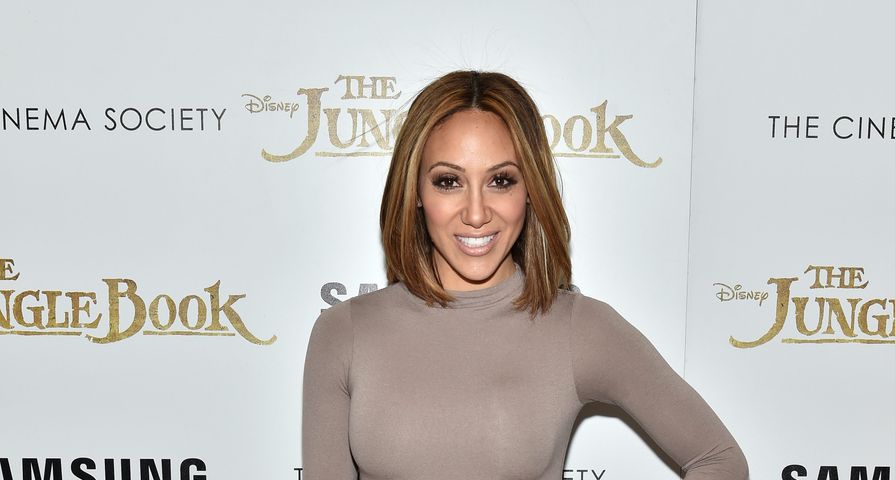 Melissa Gorga might be the youngest cast member on The Real Housewives of New Jersey, but she’s definitely not the underdog! She joined the Real Housewives franchise back in 2011 and she’s never looked back since! She’s been thurst into the limelight, not only for the part she’s played on the popular reality television show, but also because of her relation to the controversial mega-reality star, Teresa Guidice. In honor of the upcoming 7th season of RHONJ, here’s a look at 10 things you probably didn’t know about Melissa Gorga!

On The Real Housewives of New Jersey we saw Melissa’s dreams come true when her husband Joe built a recording studio in their home and hired a producer to work with her and help her create an album. Her singing career hasn’t exactly taken off since — in fact, none of the Housewives who’ve tried to start a singing career have been able to pull it off, but she did manage to release a few singles that made the top 10 Dance/R&B charts on iTunes. Her biggest tracks are “On Display,” “How Many Times,” “I Just Wanna” and is currently working on her newest single, “Never Let Me Go.”

9. She was a Cheerleader

In 2013, Melissa released her first book called Love Italian Style: The Secrets of My Hot and Happy Marriage. In the book she revealed that she used to be a cheerleader in high school. She tried out for the school team when she was a freshman and was devastated when her name wasn’t posted with the others. It ended up being a blessing because it turned out she had made the varsity team: “I was as shocked as everyone else. This was unheard of, for a freshman to make varsity.”

8. Worked as a Cocktail Waitress

Back in season 4 of RHONJ there was a lot of skepticism about whether Melissa was a stripper or not. Part of the reason Teresa and Melissa had an estranged relationship was because the whole rumor was said to have surfaced because of Teresa, though that hasn’t been confirmed. The subject was made into a storyline for the show and used as an explosive in the season finale when someone from her ‘past’ confronted her at an event and claimed he once knew her as a stripper. Melissa has of course denied these claims adamantly and they’ve never actually been proven. She said she worked as a cocktail waitress at the strip club in order to put herself through college, but she was never a dancer. To back up her story, Melissa’s former manager at the bar told Us Weekly that she did work at Lookers strip club, but not as a stripper. The rumors have been successfully squashed and swept under the rug. As Melissa would say, “Thank you Jesus!”

Back in 2011, Melissa revealed she had undergone open heart surgery for coarctation of the aorta when she was only 7-years-old. During the episode, Joe points out a scar on Melissa’s back and she said, “I’m the second person in the world to have heart surgery through the back.” Now that she’s older and fully recovered she focuses a lot of her charity efforts on benefiting the Deborah Hospital which specializes in heart and lung. This was one of the hospitals that took care of her after she underwent her surgery.

Melissa Ann Marco grew up in Toms River, New Jersey with her two sisters. She was the baby of the family as her sisters are 10 and 12 years older than her. Their drastic age difference is quite uncommon and she told Us Weekly that she was a mistake! When she was only a junior in high school, her family up and moved from New Jersey to Florida. The move wasn’t easy on Melissa though. She wrote in her book that she was taunted and ridiculed for her dark skin and thick NJ accent. Her sisters and mother have appeared on the show briefly over the past few seasons, but they’ve never played a major role.

5. Her Father Passed Away

Melissa’s father passed away in 1986 when she was only 16-years-old. She’s been pretty open about their relationship and his death on the show and spoken candidly about how close she was with him, his infidelity and the car accident that lead to his untimely death. While filming the RHONJ, Melissa discussed the making of her memoir and she visited her mother to discuss revealing details about her parents marriage in the book. According to Melissa, her mother and father didn’t have the greatest marriage because at times her father’s partying ways were too much for her to handle. In the book she wrote, “A few times, my mother couldn’t take one more minute stewing at home for my father to return. She told my sisters and I to throw clothes in our hampers, and we’d take them to my grandmother’s house in the middle of the night.”

4. She Went Through a Rebellious Stage

When Melissa’s father died it was extremely hard on her and she ended up going through a bit of a rebellious streak after the accident. She wrote in her book that she struggled with “feelings of complete and utter despair and terrible anger.” She began acting out by shoplifting. “I put on a $19 sweater at a store. Even though I had enough money to cover it in my wallet, I walked out with the sweater on.” She was caught, forced to show up in court and pay a fine.

3. Riches to Rags and Back to Riches

It’s not hard to tell that Melissa Gorga has a pretty fancy lifestyle and her and Joe are living quite comfortably in their big old mansion with her extensive wardrobe and their lavish cars. She wasn’t always well off though; she did go through a phase where her family was actually broke. In her book she wrote that growing up. Her family was the first one on the block with a Lincoln Town Car and her parents wore Rolexes. After her father passed away things got pretty bad. “All of my father’s money was tied up in the properties that he had bought to develop. There was no life insurance. No college fund. Hardly any savings.” Ouch.

Melissa has been married to Joe Gorga for 11 years. They have three children together, Antonia, 10, Gino, 8, and Joey, 6. Many people were skeptical about their relationship when they first got married after an extremely short engagement, especially the Gorga family. Much of that was due to the fact that Joe had been engaged twice before.

1. She Recently Started a Fashion Line

Melissa has moved on from singing and is now into her next business venture! She started selling a jewelry line for Home Shopping Network which encases all of her own designs called the Melissa Gorga Collection and it’s already experienced great success! When asked to describe the collection she said the pieces are “sexy and sophisticated” and are all priced under $100. Not only that, but she also opened her first clothing boutique called Envy by Melissa Gorga. The boutique is in Montclair, NJ.