RHONJ: All 8 Couples Ranked From Worst To Best 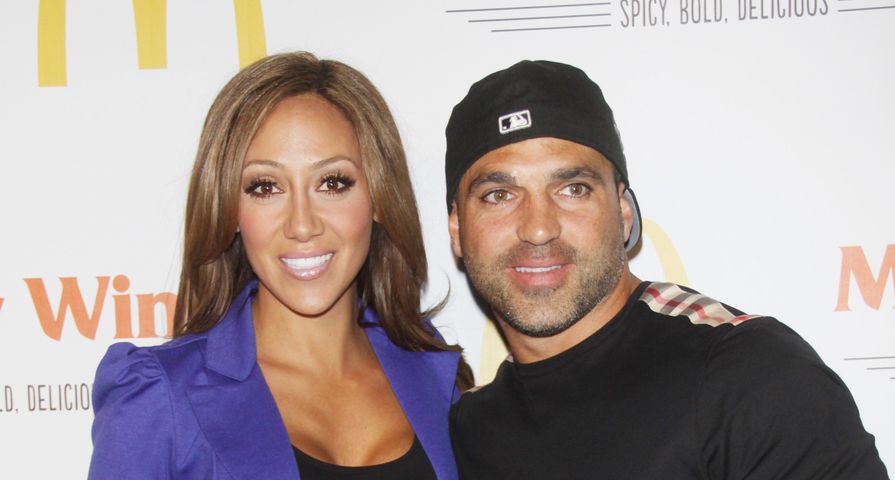 The Real Housewives of New Jersey has become one of the most drama filled shows in the entire franchise. Created as the fourth installment, it premiered back in 2009 and has turned normal, everyday Italian New Jersey families like the Gorga’s and Giudice’s into full blown celebrities. Just like we’ve come to know the women who are cast on the show, viewers are also introduced to their husbands who are often featured alongside them. Since RHONJ is on the brink of its eighth season, here’s a look at all 8 couples who’ve ever appeared on the show (past and present) ranked from worst to best!

Amber Marchese was a main cast member on RHONJ in season 6, but only lasted one season. She appeared alongside her husband, James Marchese, and while the two seemed very happy together and supportive of one another as Marchese shared the story of her battle with cancer. However, they constantly found themselves in the middle of chaos while on the show and James didn’t make a very good impression of himself by engaging in drama with the other ladies. After leaving RHONJ with no friendships intact, they were scooped up in a strange scandal that involved James being arrested on all alleged domestic assault against Amber after he allegedly grabbed her by the throat and threatened her life while on a plane. The charges were later dropped and both James and Amber deny any kind of violence took place.

She’s no doubt the star of the show and become one of the most publicized Housewives in the franchise. Teresa Giudice has been with RHONJ from the beginning. Her and hubby Joe Giudice have gone through a lot with the cameras rolling, including a lot of legal troubles that landed them both in jail on separate sentences. While the two put up a united front and seem to be very stable in their relationship, there have been many tabloid rumors about infidelity. Joe’s been caught on camera drinking heavily and talking badly about his wife and other women on the show. It’s clear these two are in it for the long haul, sticking by each others side through thick and thin, but it’s no doubt been a tumultuous path for them.

Teresa Aprea joined The Real Housewives of New Jersey in season 6 to replace cast members who hadn’t returned like Kathy Wakile and Jacqueline Laurita. She and her husband Rino had an interesting story. The couple share a son named Giovanni, and first got married in 1991, only to divorce soon after. After 11 years apart, the pair found their way back to one another and got remarried in 2010. They’ve been together ever since, but during their one and only season on RHONJ they were plagued with rumors (started by Victoria Gotti) that Rino had a relationship with Teresa’s mom! Of course, they both vehemently denied it and were completely appalled by the topic. Prior to this they came across to viewers as having a very stable and successful relationship, so we’re thinking the rumor was simply for ratings!

Teresa Giudice’s cousin, Kathy Wakile was invited to appear on The Real Housewives of New Jersey in season 3. She was immediately put in the middle of all the drama between Teresa and her sister-in-law Melissa which only made her relationship with Teresa worse. The show did nothing but escalate tension between all three family members. Wakile ended up leaving the show in season 6, but throughout the three seasons she appeared on the show alongside her husband of over 20 years, Richard “Richie” Wakile; he was caught talking extremely negatively about her family and some of the other women on the show. While at times he was a source of comic relief, it never looks good on a husband to dish on or get involved in any of the women’s drama. He also came off as a little controlling over Kathy, especially when she began pursuing business opportunities.

It’s a good thing new New Jersey housewife Siggy Flicker didn’t land near the bottom of this list because she’s a relationship expert! It is hard to rank Flicker and her husband, Michael Campanella, on this list because he hasn’t appeared on the show very much at all. We don’t know much about their relationship other than the fact that they are extremely happy together and they have a great relationship with Flicker’s ex-husband. She also stresses that with them it’s not about the money. When she met him, he was very honest about how he was down on his luck after getting divorced, losing his mother and having to sell his business, but she dated him anyways which proves just how strongly she felt for him. They got married in 2012 and have been happily married ever since!

Jacqueline and Chris Laurita have been long standing members of the RHONJ family. Throughout her time on the show, it’s become evident that she has a good heart, but isn’t afraid to get involved in any of the mean drama or stick up for what she believes is right. Chris doesn’t like to get involved, but is always there to support her when she needs it. Viewers have watched him be there for her through all the crazy Teresa drama, trouble with his own family (mainly Dina Manzo) and as he fulfilled his step-father duties to Jacqueline’s daughter Ashley, who she had with her first husband. They’ve now been married for an impressive 15 years and share two children together, C.J. and Nicholas.

They are easily one of the best looking couples on the show and one of the most lovable! Even though these two had a rocky start on the show when they joined back in season 3 with all the bickering between Joe and his sister, fellow cast member Teresa Giudice, but since then they’ve managed to solidify their spot on the show and develop a strong fan base. Through all the fighting with his family, Joe stuck by his wife and was extremely protective of her. We’ve seen so much growth from Melissa and Joe Gorga as a couple and must admit they always keep us laughing with their cute banter! Despite Joe’s recent struggle with his wife pursuing a career in fashion, it’s obvious deep down he’s very supportive and proud of her, plus he clearly worships her!

Caroline Manzo was one of the original cast members on RHONJ. She quickly became the matriarch of the show as the kind of mature “mother” figure who was the peacemaker in a group of squabbling ladies. Viewers fell in love with her cute family, including her quiet, but strong husband, Albert, and their three children, Lauren, Albie and Chris. These two land in the number one spot on this list because their marriage was not only continuously stable, as opposed to some of the other couples on this list, but they also seemed the most mature with one another. It was clear from watching them first on Real Housewives, and later on their own show Manzo’d with Children that Albert and Caroline had a lot of respect for one another. They’ve now been married for over 3o years and are grandparents to Lauren and Vito Scalia’s little girl, Marchesa Anna Scalia.