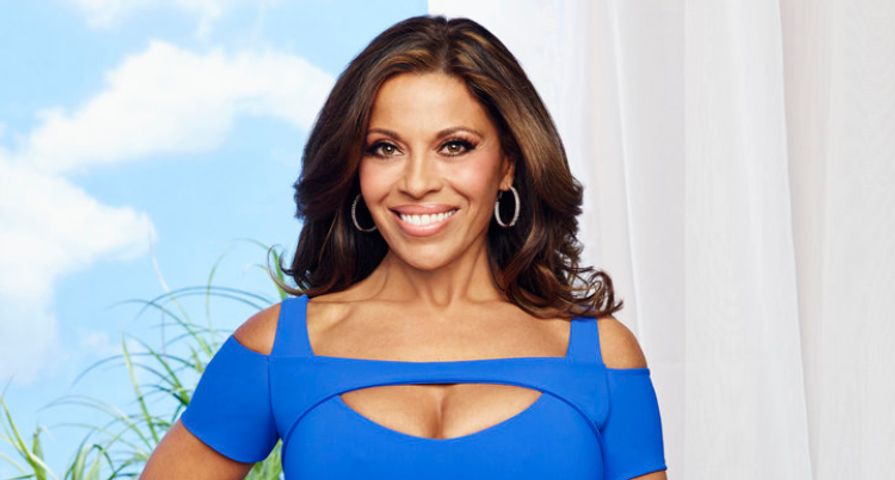 The Real Housewives of New Jersey recently returned to Bravo for season 7 and, with each new season, come new housewives! There’s been a lot of hype leading up to this season as the first episode begins with Teresa Giudice’s release from ‘camp.’ But along with the typical family drama, there are two fiery new women on the scene who’ve come to either intensify or diffuse the drama. One of these women is an old friend and ally of Teresa Giudice, and her name is Dolores Catania! So far this season, she’s proven to be a loyal friend to Teresa which is exactly what Teresa needs right now. Fans are still getting to know the newest New Jersey Housewife, so here’s a look at 10 things you probably didn’t know about Dolores Catania!

This New Jersey native housewife is a proud momma of two children, Gabrielle, 20, and Frankie, 17. Although she divorced their father, Frankie, a long time ago, the four of them remain a close knit family. “Of all the things I will ever do in my life, they will always be my greatest accomplishment and the center of my world. I’m so proud of them!” she said. Similar to Teresa Giudice, Catania prides herself of being Italian which means she’s all about family, family, family. Family comes first.

7. She’s Friends with her Ex-Husband

Dolores was married to her ex-husband Frank for 15 years. The two remain close as they raise their children together and they even worked together at one point as co-owners of Gold’s Gym in Teterboro, New Jersey. It’s extremely unusual for exes to not only maintain a amicable friendship, but Dolores makes it happen! Frank even makes a few appearances on the show! She recently took to Instagram to post a photo with her ex and captioned it with a lengthy but sweet note: “For the last 27 years you have been my ride or die my best friend my confidant and the best father to my children I could ask for. Divorce didn’t separate us and hard times didn’t break us. The good times we shared were always together and parenting and family came first and foremost in our lives. I’m now and always have been so proud to have u by my side through it all and may we be blessed with many more happy birthday and special moments to share together forever! With all my love, Dolores.”

Dolores Catania is no stranger to hard work, she’s had many jobs in her lifetime. Coming from a very traditional family, she never went to college. Instead, she got married and stayed at home with the kids while her husband worked. Eventually their marriage fell apart so she found herself having to start over as a single mom. She started off working as a correctional officer and then a surgical technician, but she made her riches when she began working as a real estate agent. Catania currently runs a local gym with a partner. To help her amassed fortune grow, Bravo is reportedly paying Dolores $30,000 for each episode of RHONJ.

5. She’s Appeared on the Show Before

Dolores has made it clear this season thus far that she’s an old friend of not only Teresa Giudice, but also Jacqueline Laurita. As a result, Catania has appeared on the show before! We might not have took much notice of her then, but if we look back, she was definitely present in more than one episode. One episode we can find her in is when Jacqueline hosts an outdoor games event for all the families in the hopes that it will bring them together and mend friendships. Dolores Catania was present in that episode! She was always featured on the show as just a friend, typically a friend of Teresa’s.

Bravo via Life and Style Magazine

4. Good Friends with Jacqueline and Teresa

In an interview with E! Online, Dolores said she has a history with every single person on the cast, but her strongest friendships are with Jacqueline Laurita and Teresa Giudice. Now that fans see how well Dolores fits in with the cast and her long history with the two veteran Housewives, it’s surprising she wasn’t added to the cast earlier! Dolores explained why that was in an interview when she said, “We were all the original crew and it just wasn’t the time for me when it had started and now I feel like I have a story. I have something to offer. You know, I’m 45, I’m reinventing myself, my kids are grown and things like that. I have to really find my way now.” Dolores’ new story revolves around the fact that she’s trying to find herself after reeling from a recent break up. She looks for support in her circle of friends and is now looking for the next big thing in her life. In an interview with TooFab she commented on her friendships with Jacqueline and Teresa. “This is real life for us. I was by Jacqueline’s house yesterday, she had some books to sign for me, so I hung out there. I raided her refrigerator and her closet. Then, I left there and I went out to eat with Teresa. Then, I was on the phone with Siggy last night and was exhausted, so this is all real for us,” she said.

Despite her sassy and feisty Italian attitude, Dolores has a soft heart, at least when it comes to animals. She even describes herself as a person with a “tough exterior but a really big heart.” A quick glance at her Instagram account will show that in addition to adoring her two children, Dolores is obsessed with her dogs! She has four rescue dogs and cites them as ‘rescuing her.’ She posted a photo in bed with one of her dogs and wrote, “Whoever said diamonds are a girls best friend, never had a dog…For all of you who know me, you know that I have a heart for animals…I might have rescued Boo, but in reality he really did save me. He has given me nothing but unconditional love and been has my own guardian angel.”

Of course, fans are lead to believe that because the show is called “Real” Housewives the women on the show are ‘real, but we all know some of the women cast put on a facade to portray a particular lifestyle or change their personality when the cameras are around. There’s a lot of this and that going on behind the scenes that implies some of the women aren’t necessarily true to themselves, but Dolores maintains that she is the real deal. In an interview she said: “This is real, this isn’t fake. This isn’t some women sitting around, drinking a cup of tea, and saying some snarky remarks. This is as real as it gets, so to see that and to see anyone I care about hurt or upset, it’s upsetting to me and that’s the hardest thing.” One of the things that keeps RHONJ real this season is the fact that the women have a lot of history together. Their friendships aren’t fabricated for the show and the connections go back a long time. “The easiest part is just that it’s very organic and it’s just very natural for me. You know everyone so well. I know their back stories and I know where they grow up. I know their parents, I know their cousins, I know the schools they went to, not so much Jacqueline Laurita, but I also know her from her making her life here in New Jersey. So the easiest part for me was just being around everybody and we had so much fun and so many good times,” she said.

Real Housewives Franchise: 10 Cities That Should Get Their Own Show

This isn’t the first time a new cast member joins the reality series and their past is dug up, but unfortunately this happened to Dolores Catania’s ex-husband, Frank. According to Radar Online, Frank Catania, Jr. was arrested back in 1989 and charged with possession of cocaine and intent to distribute. He pleaded guilty to the charges and was sentenced to three years probation on April 19, 1990. The terms of his sentencing included urine testing, an outpatient drug rehab program and a suspension of his driver’s license for six months. Catania was also ordered to pay a hefty fine of $1,080.