Home » Entertainment » TV » Cast Of Real Housewives Of New Jersey: How Much Are They Worth? 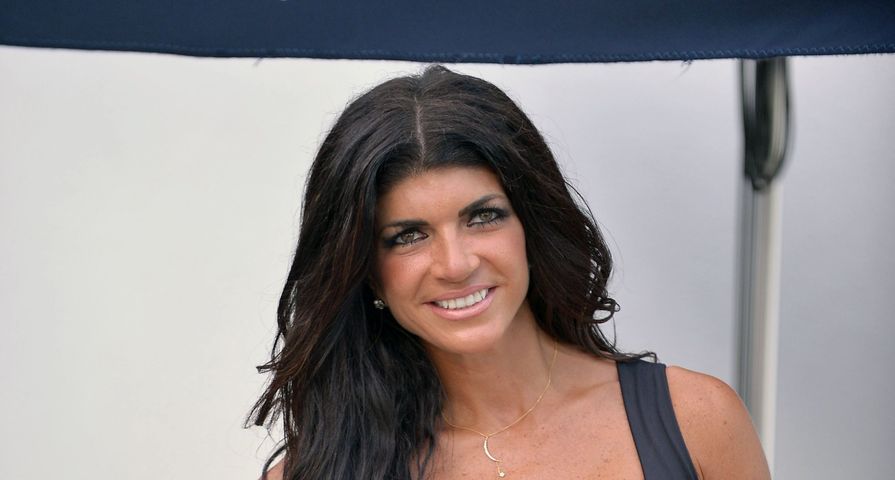 The net worth of some of these Real Housewives of New Jersey may just surprise you. With some devious and sometimes criminal backgrounds, many of these ladies are just playing rich characters on TV…or are in jail. For this list, we’re counting down from richest to epically poorest because it’s far more entertaining!

Estimated net worth: $10 million. Teresa Aprea is the twin sister of Nicole Napolitano. She first married her husband Rino in 1991, but they later divorced. After 11 years apart, the couple rekindled their romance and re-married at a New Year’s Eve bash at their home in 2010. Teresa has earned a good portion of her wealth by helping her hubby run their award-winning restaurants, Angelo’s of Mulberry Street and Ponte Vecchio, and of course, by appearing on Real Housewives of New Jersey.

Estimated net worth: $8 million. Caroline has built her wealth over time, starting off by supporting her husband’s event business, The Brownstone. The couple began appearing on Real Housewives of New Jersey through her sister-in-law Dina Manzo, and they now run a real estate business centered around their event facility. They’ve also acquired their own spinoff series, Mano’d With Children, which follows the family including their children Albie, Chris, and Lauren.

Estimated net worth: $5 million. Kathy’s riches are the product of being on Real Housewives of New Jersey and marrying a successful partner, Rich Wakile. Rich is in the real estate business and in retail gasoline. Kathy is a true stay at home mom and has been married to Wakile for over 20 years.

Estimated net worth: $5 million. Nicole Napolitano is a successful business woman in her own right. When she was 20 years old, she ran a successful Dairy Queen franchise. She married Joseph Mauriello, with whom she has two children, Joey and Anthony, but is now divorced. She currently works in private aviation for a premiere jet charter brokerage handling high-profile clients.

Estimated net worth: $4.5 million. Dina has been a cast member of Real Housewives of New Jersey off and on over the years, but her true passion seems to be with her charitable foundation Ladybug, which is dedicated to helping children with cancer, and her event planning business. Manzo has had a presence on the reality TV circuit for quite some time. Her wedding to Tommy Manzo was aired on the reality show, My Big Fabulous Wedding, and she has a show called Dina’s Party and Mad Fashion. After rumors of infidelity, Dina and Tommy split, but that hasn’t seemed to slow down this business-momma.

Estimated net worth: $3 million. Amber is well-known for her role on Real Housewives of New Jersey, joining the cast for season 6, but she’s also an actress and entrepreneur. She appeared in the 2013 film Baggage and on the talk show The Real in 2014. She is married to James Marchese, with whom she shares two biological children. Marchese was diagnosed with breast cancer when she was 31 and underwent a double mastectomy. In spite of this, Amber is going through a second battle with the deadly disease and she has become an advocate for breast cancer awareness.

Estimated net worth: $500,000. Jacqueline is a true housewife on the show and has dedicated herself to being a full-time mother. She is married to businessman, Chris Laurita, with whom she shares two children. Before becoming a housewife, Jacqueline worked as a cosmetologist in Las Vegas. In 2013, a bank in New Jersey began foreclosure proceedings on the Laurita home, a $1.6 million dollar mansion. The bank claims that the couple have not made a payment on the home since 2012. The state of New Jersey also claims that Jacqueline owes more than $340, 000 in back-taxes. Eek!

Estimated net worth: $-1 million. Danielle Staub has put in a valiant effort of making it big, it’s been such an effort, that she’s in the poor house. Despite her appearance on the hit reality show and publishing an autobiography titled The Naked Truth, this housewife is a bit more desperate than others. Born Beverly Ann Merrill, Staubs has what can only be described as a sordid past. Danielle/Beverly was convicted on charges of possession and extortion and served five years’ probation back in the 1980s. Years later, Stub’s ex-husband, Kevin Maher, published a book in which he accuses Danielle of actually being an escort and a stripper, which of course came to light on the series. Danielle filed for bankruptcy in 2012.

Estimated net worth: -$1.5 million. Melissa and her real estate developer husband, Joe Gorga, seem to have some money troubles. The couple owes $2.25 million to Sterling Bank for a mortgage they borrowed in 2007. They also owe $250,000 to various creditors. Melissa has tried to launch a music career, with singles including “On Display” and “Never Let Me Go.” In another desperate attempt, she also released a book called, Love Italian Style: The Secrets of My Hot and Happy Marriage.

Estimated net worth: -$11 million. Yep, this fashionista is a little bit more than broke. In the past, Teresa worked successfully in the world of fashion as a contributor to Vogue Magazine and as an accessories buyer for Macy’s. She has made countless television appearances since she shot to stardom on The Real Housewives of New Jersey, she has published cookbooks and started her own fashion and accessories line called TG Fabulicious. Teresa and her husband Joe filed for bankruptcy in 2011, claiming that they were more than $11 million in debt. In 2013, the couple were indicted on 39 counts of conspiracy to commit mail fraud, bank fraud, wire fraud, bankruptcy fraud, and making false statements on loan applications. Teresa is currently serving her 15 month prison sentence for her role in the crime.