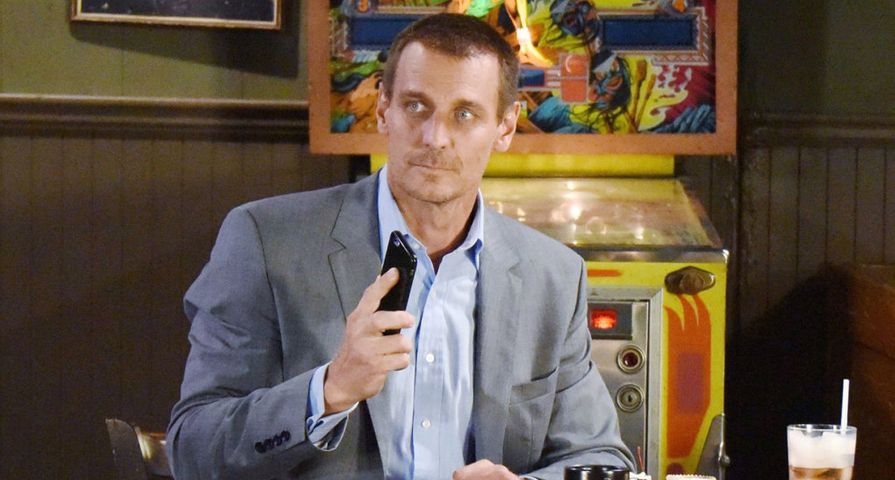 It’s Monday General Hospital (GH) fans! After a weekend of fun and frolic it is time to get back to the weekly grind – however, the good news is, your favorite soap opera can help ease the pain of work and routine. This week is all about Morgan’s funeral and the aftermath of it. GH fans will also see Jason hot on the bomber trail, Liz and Franco try and take their relationship to another level, and Valentin Cassadine wreaks havoc in Port Charles. Read about these storylines and more in the GH spoilers for the week of November 14th.

Lots going on as Port Charles residents gather to pay their respects to Morgan. Ava wants to say her goodbyes to Morgan, but is scared to go to the funeral, fearing the reaction she’ll get. Meanwhile, Kiki turns to Dillon for support. But the big news around this event is Sonny Corinthos. On Monday, Sonny confesses he is at fault for Morgan’s death. To boot, he is ready to kill himself in front of everyone at the funeral. Attendees are all beside themselves as Sonny has a gun in his hand, ready to end it all. Thankfully Jason stops the horrific act and gives the mob boss some legal advice. Sadly, the entire scenario has made Sonny look quite guilty, especially from Jordan’s perspective.

Reeling from all of that, as well as the discovery of her son’s journal, Carly decides to meet with Andre Maddox. She has questions around why her son’s medication wasn’t helping keep him stable. The two talk about a meeting after all that funeral drama is done and hopefully they can sit down and have a good conversation around this. Knowing Carly, she won’t let this one go.

Eager to take the reigns of Wyndemere, Valentin clashes with Laura this week. The good news is, by using his sweet little daughter Charlotte, Valentin might be able to sway Nina into coming back to him. A man with a child and no mom means instant family for Nina, something she longs for. It also seems to be within arms reach thanks to Valentin. Anna continues to struggle again this week, trying desperately to remember where she knows Cassadine from. While she and Griffin try to stop him from taking Charlotte, they fail. Griffin does snap in a big way this week and it is something GH viewers won’t want to miss.

Sam and Jason are hot on the trails around the bomber case. Things seem to be looking up and Jason let’s Sonny know about this. The two also seem to be bonding this week as Jason goes above and beyond when it comes to clearing Sonny’s name. He also brings new evidence around this to other BFF, Carly. She doesn’t know what to think about it all. She blames Sonny for Morgan’s death and is still holding on to a lot of anger this week. Dante picks up on the positive effect Jason has on Sonny.

3. Franco And Liz Take It To The Next Level

Franco and Elizabeth try to take their relationship to the next level by organizing a romantic night together. Sadly, it doesn’t go as smoothly as Franco may have hoped. Franco wants a relationship that goes much deeper than intimacy, and he steps up in a big way once he finds out who raped her. He wants to handle the Tom Baker situation on his own, but Liz tries to halt the entire plan. She explains that this is something she needs to deal with. He starts feeling bad about Liz being raped and it all brings back terrible memories of Sam thinking that Frank raped her. Speaking of Liz, while her sissy Hayden is enduring a medical emergency, Liz is pulled in to help. Liz also gets a terrible shocker this week and spoilers are teasing it might mean the return of Tom Baker.

2. Nelle Gets Closer To Michael

After Sonny’s suicide attempt at Morgan’s funeral, Nelle continues to inch closer to Michael. She also continues to bond with his mom Carly. Jax and Bobbie remain suspicious about Nelle. So much so, that Jax confides in Alexis about Nelle. The good news is, Jax and Alexis also come up with an agreement that seems hopeful for Alexis.

It seems Ava may be in a bad situation, with Lucy running to Carly and Sonny at the drop of a hat to tell them about what she knows when it comes to Ava. Ava is hoping that her attorney Scotty can turn on the charm. With he and Lucy together again, she’s hoping that he can get Lucy to back off a little. Can Scotty lay it on thick enough to do so?