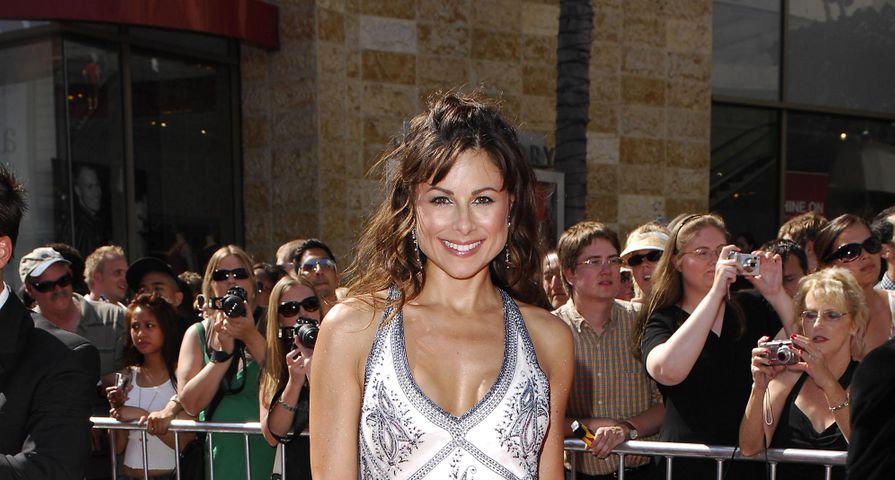 The land of soap operas can be a dramatic scene both on and off the camera. The storylines are full of intrigue, manipulation and of course some backstabbing and more-often-than-not we see life imitate art. The world of daytime drama can seem like a revolving door, where some soap stars appear on one show one day, only to be seen on another the week after. Sometimes this is due to contract negotiations going south while other times it’s because an actor or actress has been fired. Soap opera star firings can be justified, but not always. Below are some examples of soap opera stars who were unfairly fired.

Soap fans might remember actress Sarah Brown from shows like Bold and the Beautiful, As the World Turns, and General Hospital. Having said that she was also on Days for a short period of time playing Madison James. Sadly, Brown was fired in 2012 when the writing team decided to go another direction when it came to Salem storylines.

18. Greg Rikaart – Young and the Restless

Speaking of Salem, Greg Rikaart is creating a ton of havoc in the little town right now playing schemer Leo Stark, and DOOL fans are loving every minute of it. Unfortunately, after a 14-year tenure at his previous gig the Y&R, Rikaart was fired in 2017, much to the dismay of the soap’s viewers. Y&R’s loss is Days’ gain.

6 Soap Opera Kids That Should Never Have Been Killed Off

Kelly Sullivan entered the land of Port Charles in 2011, stepping into a unique character that suffered from a multiple personalities disorder. Sullivan would be let go from GH a mere three years later when the Kate/Connie character was murdered. The storyline was an interesting one, but some GH fans really miss Sullivan on their daytime screens.

16. Matthew Ashford – Days of Our Lives

Jack is back on Days, and DOOL fans couldn’t be more pleased with his return. It’s been six years since actor Matthew Ashford was fired from the show, leaving audiences shocked and angered. While Jack was killed to create a new direction for the show at the time, many fans have always felt it was a huge mistake. Thankfully, Days saw this and Deveraux is alive and well again with a splashing comeback in 2019.

Actors/actresses returning after getting fired is nothing new in the land of daytime drama. Back in 2003, GH writers thought about killing off beloved Edward Quartermaine and fired the actor who played him, John Ingle. John would move onto Days and step into the Mickey Horton role. In the long run, GH ended up scratching the idea of killing off Edward, and Ingle would return to the role in 2006.

14. Brenda Dickson – Young and the Restless

Sometimes soap opera firings can not only be unfair, but controversial as well. Y&R’s original Jill Abbott, actress Brenda Dickson, was fired in 1987. She would file a $10 million lawsuit as a result, stating the reason she got fired was because her affair with the show’s creator, William J. Bell, had ended. Dickson also made a claim about being blacklisted by Bell after the entire ordeal.

9 Soap Opera Couples We Never Thought Would Make It

Stuart Damon got unfairly fired in 2007 after three decades of playing Allan Quartermaine on GH. Fans were shocked and saddened when Quartermaine passed away during the Metro Court Hostage storyline. The only silver lining was the fact that viewers did get to see the character now and again when Allan would return to GH as a ghost visiting his family.

12. Stephen Nichols – Days of Our Lives

Who else thinks it’s awkward having Kayla in Salem without Steve? Actor Stephen Nichols was fired in 2018 after some contract negotiations went wrong. According to a SoapHub.com interview, Nichols finally agreed to the deal that was presented to him but was then told by the show he was written off. Last fans heard Steve was off fighting crime for the ISA.

Actor Doug Davidson was Y&R’s longest-serving cast member before he was fired from the soap in 2018. Celebrating forty years with the show, he was compensated by being written off. Fans were devastated, the actor himself was shocked by the move, and Paul Williams has vanished into thin air in Genoa City, with no true exit story from the show.

10. Cady McClain – The Young and the Restless

Talented soap opera veteran, Cady McClain, entered the land of Genoa City on The Young and the Restless in 2014 as Kelly Andrews. While Cynthia Watros originated the role, it didn’t take long for this Daytime Emmy winner to get her feet wet and turn the part into her very own. Sadly, with only a year in the part, her character took a dramatic turn and went a little crazy. She ended up dying in 2015. According to a Soap Opera Digest interview, Cady alleged that when producer Chuck Pratt came on the show in 2014, there was a general feeling that roles would be cut. McClain did not have a contract with the show, so she was the first to leave when all was said and done.

True O’Brien celebrated a tremendous Daytime Emmy win in 2016 that may have been a tad bittersweet for her. The talented DOOL actress was killed off in late 2015 thanks to Salem’s ‘necktie killer’ storyline. While Days had introduced a lot of new and interesting characters in 2014 and 2015, it seemed like they had decided to go in a direction that fostered their older and more established characters — the individuals in Salem who contributed to the popularity of the show in the early ’80s and ’90s. While Paige was a fan favorite, O’Brien was given the ax and Larson became another victim of the necktie killer.

8. Chandler Massey – Days of Our Lives

It’s hard to believe that any Daytime Emmy winner would be let go the way Chandler Massey was, especially considering the impact he made on same-sex relationships in the world of Salem and soaps in general. Massey’s DOOL contract was up at the end of December 2013 and it was said that he had hopes of going back to school and not renewing it. It turns out Massey relayed this information during an interview in the Daytime Emmy media room after winning his second statute in June of that year. While he was surely excited by his second straight win, talking about contracts in the media is not something an actor should do. DOOL producers weren’t impressed by his slip up and quickly let him go in the summer of that year. He was set to stay until December, but producers asked him to leave right after he taped his last scene in early August.

Kari played Reece Marshall on GH in 2005. She was strong, smart, gorgeous, and played a huge role in Port Charles. Marshall dove into a storyline that saw her engage in an affair with not only mob boss Sonny Corinthos but also his brother Ric Lansing. She had a rivalry with Carly which had more to do with the fact that she was involved with Sonny than anything else. Reece made her way onto the GH scene in February of 2005 and by September she was gone without any real explanation from the soap as to why she had been released. It was all very suspicious considering her character made quite the splash on the daytime drama in the little time she was there.

6. Martha Madison – Days of Our Lives

In the spring of 2016, Martha Madison (Belle Black), co-star Brandon Beemer (Shawn Douglas Brady), along with a couple of other DOOL castmates were given the proverbial boot. No real justification around the situation, but reports have surfaced that new writers Ryan Quan and Dena Higley were just looking to stir things up when it came to storylines and wanted to add a few fresh faces to replace the old. What is quite odd about this firing is the fact that Belle only recently returned to Salem in late 2015 during DOOL’s 50th Anniversary celebrations, and was just really starting to get her foot back into the soap opera world.

5. Maura West – The Young and the Restless

While Maura West landed the role of Diane Jenkins on The Young and the Restless (Y&R) in 2010, shortly after she appeared on As The World Turns, she did not even make it a year on Y&R before Jenkins was abruptly killed off. While it may seem unjust, perhaps Y&R’s idea was to have a ‘Who Dunn It’ storyline to keep viewers tuned in. Unfortunately, West and Y&R fans became a victim in all of this, and Maura was unfairly fired.

Rebecca Herbst has been playing the sweet (yet, manipulative at times) Elizabeth Webber on GH for almost two decades. Back in 2011, the actress was fired from her role on the soap which left her fans and co-stars in a frenzy. So much so that fans let their disdain around this firing be quite known to ABC. In fact, GH castmates Jonathan Jackson (Lucky), Kelly Monaco (Sam), and Tyler Christopher (Nikolas) all took to Twitter and tweeted about the terrible decision made by producers, in support of Herbst. Well, fans and soap stars screamed in outrage and their voices were heard: Rebecca was rehired by GH, only four weeks after they fired her.It was recently reported that Rebecca Herbst was going through some contract negotiations at ABC, and that she recently signed a multi-year deal to continue playing the nurse (some love to hate), Elizabeth Webber, on General Hospital (GH). Clearly, producers do not want to repeat the fiasco that involved Herbst, back in 2011. Back then, GH fired Rebecca unfairly, sending her fans into a frenzy. The outcry was so incredible that four weeks later they re-hired the actress and she’s been playing Webber ever since.

3. Marie Wilson – Days of Our Lives

Marie Wilson seems like another victim in DOOL’s massive firings that took place spring 2016 which also claimed Brandon Beemer and Martha Madison. Marie had done a fabulous job with her new character Summer, and her firing seems completely out of the blue. While it was said the firings may have been an attempt to get rid of some old characters by bringing in some new blood, this idea doesn’t seem to ring true with Summer because she had recently stepped into Salem and has had a pretty neat storyline attached to her character.

2. Michael Muhney – The Young and the Restless

The firing of the Y&R’s Michael Muhney (ex-Adam Newman) is a bit of a fishy one that drew the line in the sand for many fans and Y&R castmates alike. When Muhney was first fired in December 2013, rumors surfaced that it was because the actor was too outspoken and also didn’t get along with Eric Braeden (Victor Newman). Fans were outraged that the man they loved to hate was being dismissed in such a fashion. As time progressed, it was leaked by TMZ that Muhney was fired for allegedly groping the breasts of his onscreen niece (aka Summer Newman played by Hunter King). There were even Y&R co-stars that took to Twitter in defense of both King and Muhney. In the end, Michael did an interview with the UK Daily Mail in 2014 denying the harassment accusation. So, if he was fired for being outspoken, his firing was absolutely unjust.

Any GH fans out there missing Ingo Rademacher? The handsome actor, born in West Germany, had fans swooning for years thanks to his sexy Australian accent, flare for adventure, and other neat eccentrics. Sadly, he was abruptly fired from playing Jasper “Jax” Jacks, a GH character he played for 15 years, in 2011. After he was canned, he did appear here and there until April 2013.